by Thita (admin) on February 12, 2020
in Featured LEGO Creations

I always liked the look and feel of rustic LEGO builds. These models don’t even look like LEGO, as they go against what we expect from the cheery colors and symmetric shapes LEGO is known for. However, by the deliberate choice of muted colors and the extensive use of detailing, it’s possible to build models that look old, decaying, broken-down, yet charming. These techniques are often used for castles and medieval buildings, but it could also be used for the seedy section of a modern town.

LEGO themselves don’t usually use such techniques in official sets, as they are highly parts-intensive and often fragile. However, there are at least two recent sets I can think of that the techniques are used very effectively; the #21310 LEGO Ideas Old Fishing Store, and the #21318 LEGO Ideas Tree House. It’s worth noting that both of these sets were originally designed and submitted to LEGO Ideas by LEGO fans. Building these sets gives you an excellent introduction to the techniques used in such builds. And, because these are official LEGO sets, they are more sturdy than many similar models by LEGO fans. 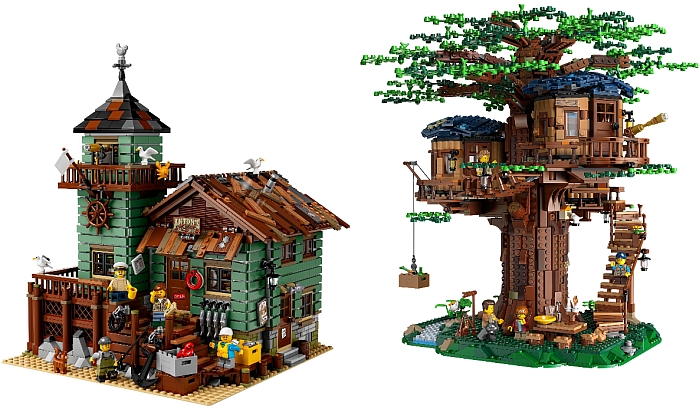 Also, you can find tons of examples of rustic structures by LEGO fans on flickr and other image-sharing platforms. One of my favorite builders who use the style is Peeters Kevin. He blends muted LEGO colors very effectively to achieve that charming decaying look. And he uses just enough detailing to achieve the right feel without losing stability. This means that the models can be played with and have a full interior. 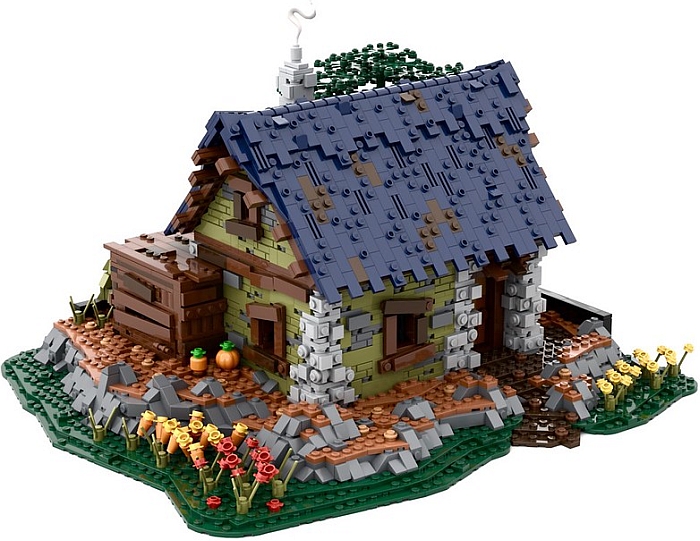 One of Peeters’ latest project is Olivia’s Get-Away 2.0. He writes the following about the project: “About two years ago, the first version of Olivia’s Get-Away was created, which took three months to finish. It was posted on LEGO Ideas, but didn’t gather the needed support to go under review. Also, right after taking pictures of it, the model fell and exploded into thousands of pieces scattered over the floor. Ever since I was slowly rebuilding the model from memory in between other projects. While rebuilding, the entire model was redesigned to make it even better. I like this new version a lot.” 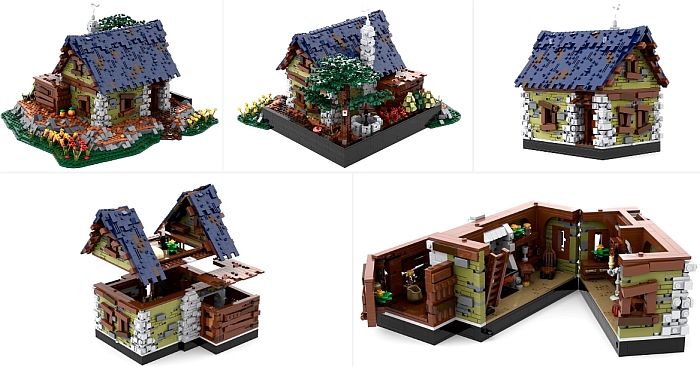 The updated version is built with a full interior, which can be revealed by opening up the sides. Besides, the top floor and roof are removable. If you are interested to build this model yourself, instructions are available on Rebrickable. The instructions are not cheap at €25.00, but they are high quality and reliable, created in BrickLink’s Stud.io software. If you are on a budget, you can also try to recreate the model from the pictures shared in Peeters’ flickr gallery and the parts inventory listed at Rebrickable. It’s worth studying this model if you would like to learn some very valuable techniques, so check it out on Rebrickable. And you might also consider getting the #21318 LEGO Ideas Tree House (the #21310 LEGO Ideas Old Fishing Store is already retired) to learn similar techniques at the LEGO Ideas section of the Online LEGO Shop.

What do you think? How do you like the building style discussed here? Have you ever used the techniques yourself? Are there any other models using the techniques that you like? Feel free to share and discuss in the comment section below!