Back in mid-January, LEGO released a couple of teaser-trailers for LEGO Ninjago: Masters of Spinjitzu – Season 12, subtitled, Prime Empire (see: LEGO Ninjago: Prime Empire Preview Videos). Since then, a new teaser was released, which gives us a bit more info about the new season. 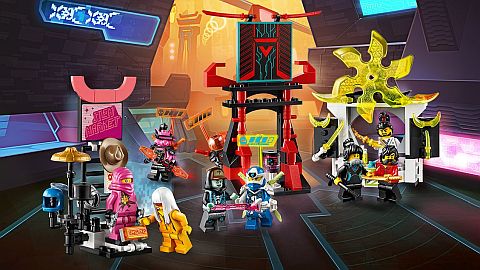 The story is that a legendary arcade game has resurfaced, and the whole of Ninjago City is hooked, but it soon becomes clear… this is no ordinary game! Once players reach Level 13, they disappear from the real world and get sucked into the game. Watch the new trailer below to see how this happens.

It’s interesting to note that this is the second time the ninja travel into a virtual world, the first time being the Digiverse in Season 3. This time around, the ninja enter the digital world through arcade pod portals to try to understand why players are disappearing. They discover that the digital world is ruled by the mysterious villain, Emperor Unagami, who is assisted by his hoverboard-riding army called the Rat Pack. 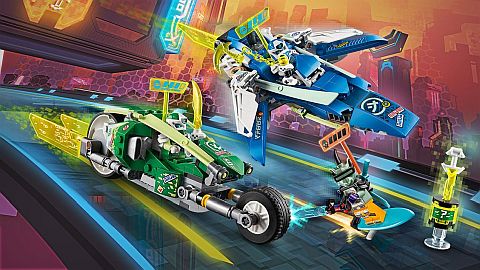 The original creator of the game is Milton Dyer, who also created other video games such as Lava Zombies that the ninja played after the defeat of the Oni. He has been reportedly missing from Ninjago City for 20 years. He lives on an isolated island that’s filled with booby traps. 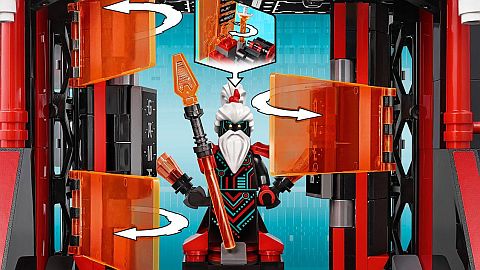 What do you think? Are you looking forward to the next season of the Ninjago saga? Do you have any of the new sets yet? And what do you think about the season’s story so far? Feel free to share and discuss in the comment section below!