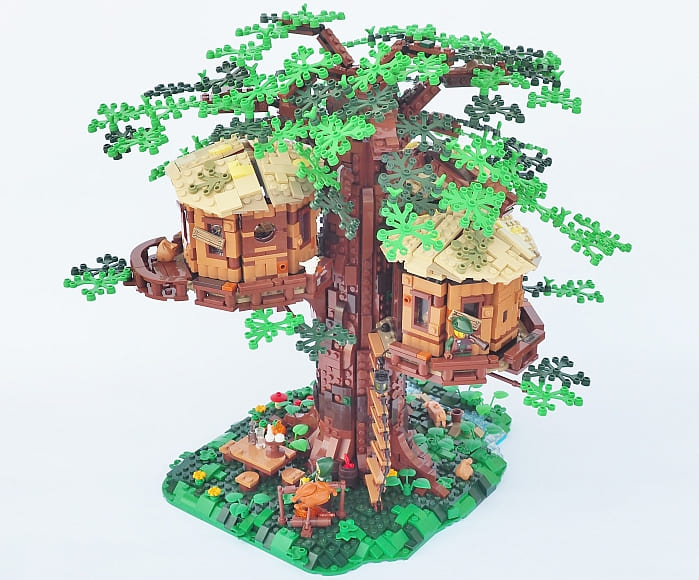 The first change I wanted to make was from static stairs to a rope ladder. Although the original stairs in the set are very nice, a proper tree house just isn’t complete without a rope ladder that you can pull up to keep yourself safe from the sheriff’s men. 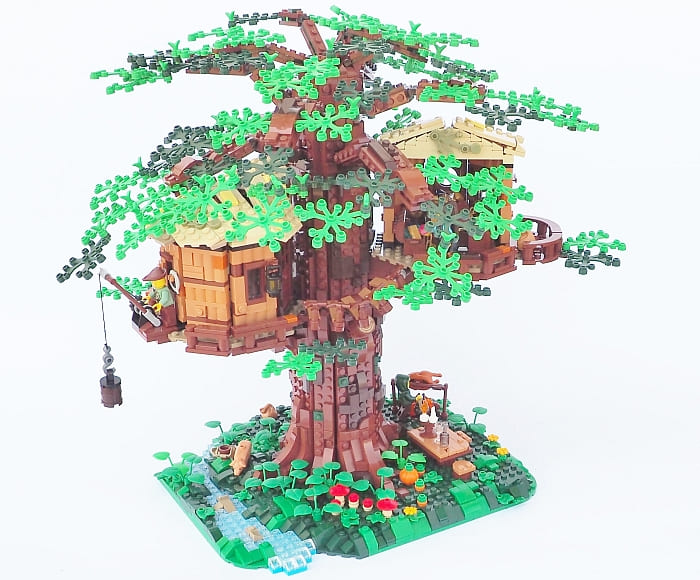 I also tweaked the base a little, adding some more leaves and green slopes. The trunk got a makeover as well – just a bit of varnish to make it even better.

A more drastic change was cutting the third cabin in half. I felt it made good sense to have an open storage room, and it’s a little more playable that the original circular cabins. And of course, what would a forestmen’s hideout be without lots of treasure! 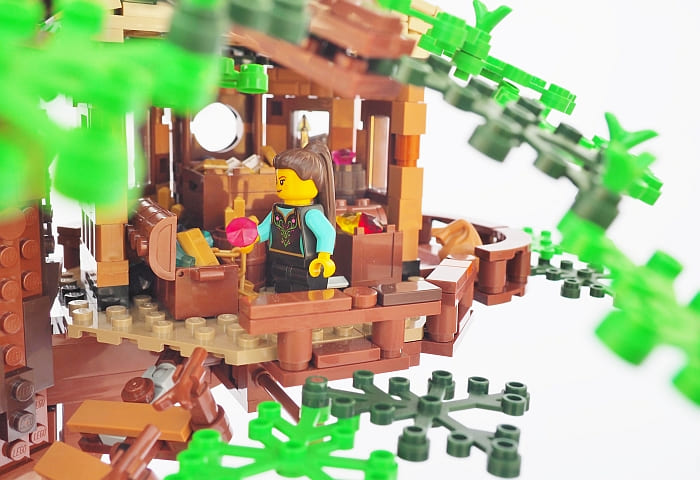 I decided to make the roofs straw-colored – the change I’m sure everyone noticed first! This felt much more appropriate for a medieval era tree house than the original dark-blue. 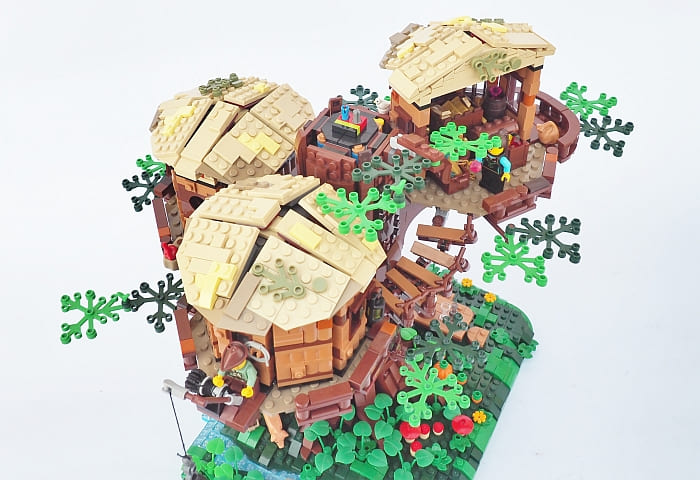 Of course the roofs can be removed, just like in the original set. The first cabin boasts a table and a couple benches built into the wall, as well as a chest under the round window. The new second cabin features two bunk beds, modeled after the cleverly designed bunk bed in the third cabin of the original set. 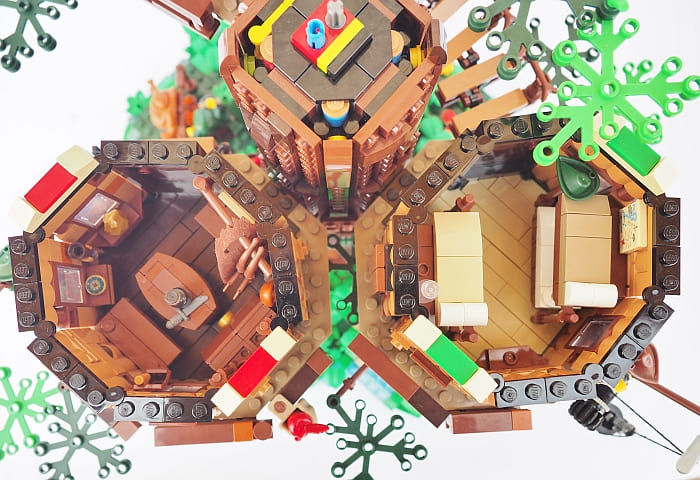 You may remember from m my previous review that the tree house photographed very well outdoors. So, I took the opportunity to take this medieval version outside too. 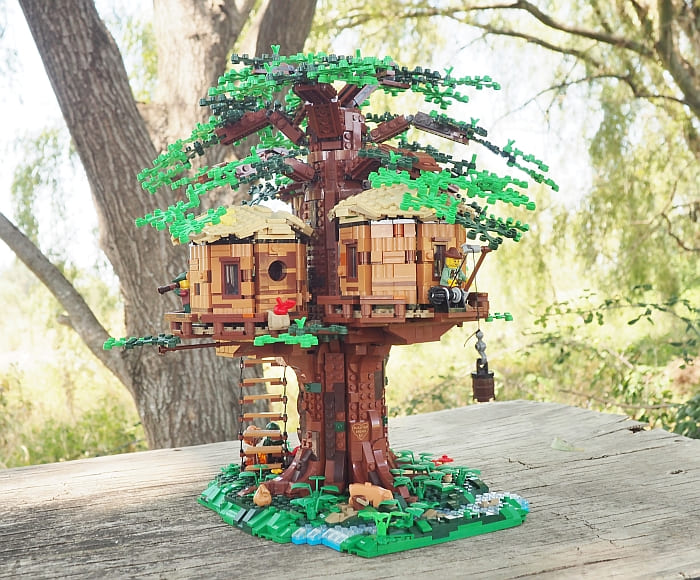 One of my favorite things about customizing official LEGO sets is that the LEGO designers have done all the hard work coming up with play-features and making them work. In the case of this set, I didn’t have to think about how to build removable roofs or how to keep the winch working. 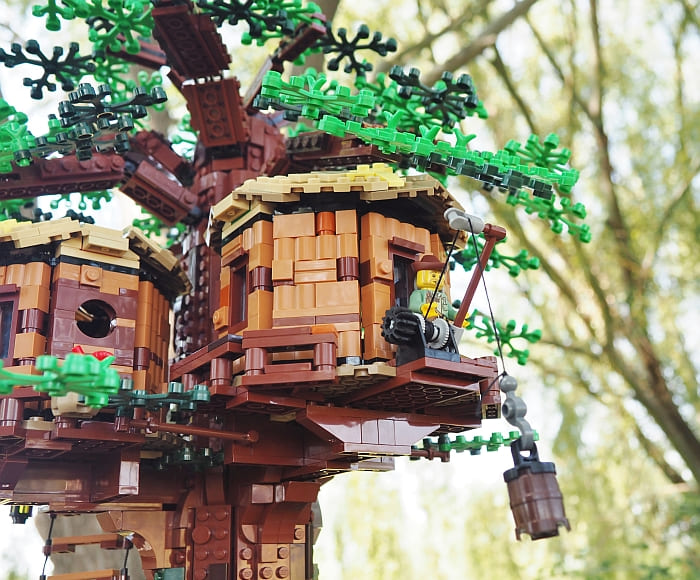 Essentially, what I did to the original LEGO Ideas Tree House set was changing the skin. With the pattern in front of me, turning the dark-blue roofs into tan ones was easy and it only took a few other minor changes to bring the set into the middle ages. 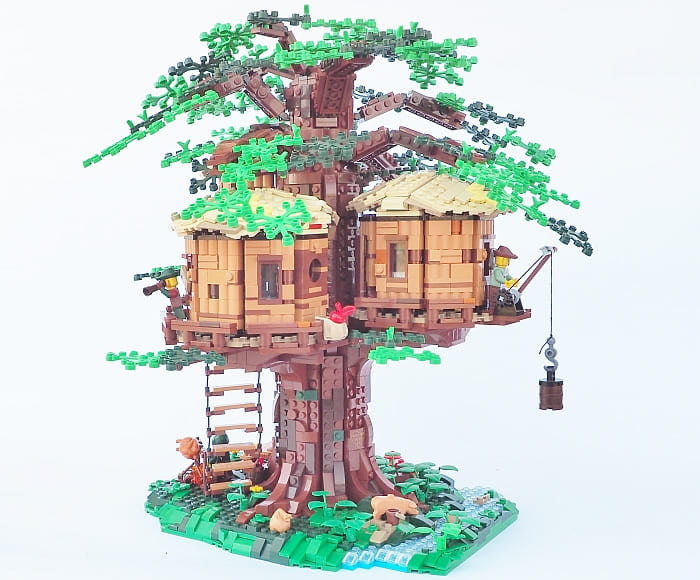 Now we’ve finally gotten to the picture you’ve all been waiting for – the sheriff tied up while dinner is cooking. 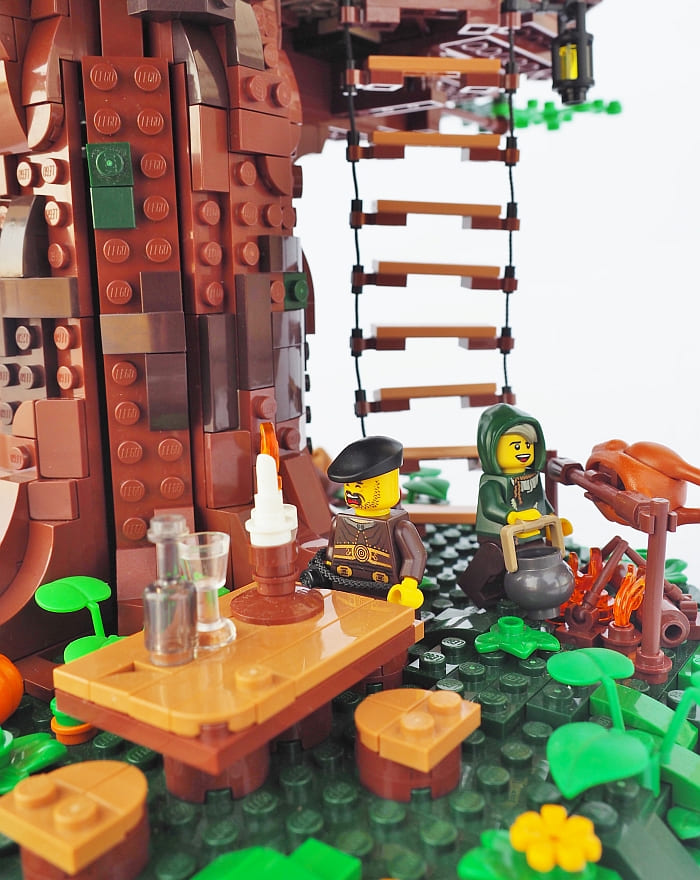 LEGO isn’t just about building; it’s also about rebuilding. So if LEGO gives me a 21st century tree house when the 16th century is more my thing, no problem!  A handful of tan bricks and a few tweaks later, and we’ve gone back in time.  You could easily turn this same set into a Native American encampment or a fantasy fairyland. 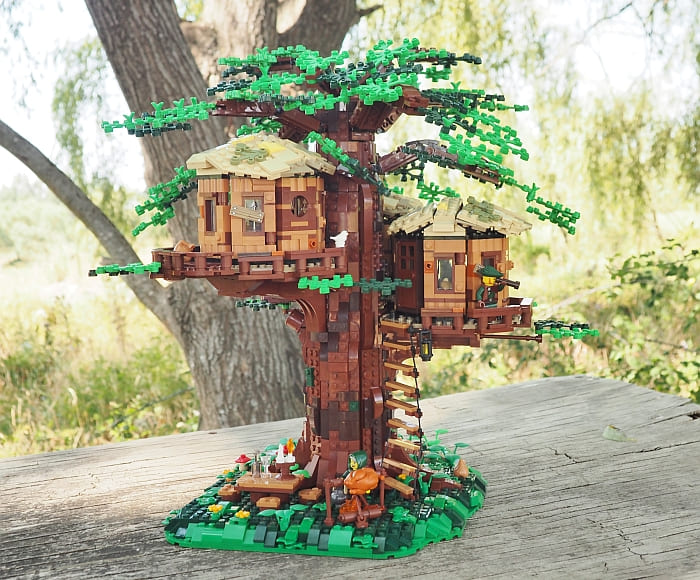 Some sets are definitely easier to rework into other themes or time periods than others. The LEGO Ideas Tree House is definitely one that’s easy to adapt, but there are other sets as well. What do you think? Did you ever rebuild official LEGO sets in to other themes or times? Is there anything you would have done differently if you were building a medieval tree house? Feel free to share your thoughts and discuss in the comment section below!