We discussed the three new LEGO Ninjago Arcade Pods previously (see links at the end of this post), but to recap, they are uniquely shaped large LEGO pieces that look like arcade games and hold a minifigure and a bunch of accessories inside. The shapes, decorations, and features of the pods are referencing the events that take place in LEGO Ninjago Season 12: Prime Empire where the ninja end up getting inside a video game through arcades that work as portals. With their securely latched doors, the pods also double as excellent little storage containers for Ninjago minifigs and accessories.

While the three new LEGO Ninjago Arcade Pods have been well received by Ninjago fans, there are some complaints too. One is that the pods are too big to work as realistic arcades in a regular minifig-size setting, and the hinges on the sides prevents them to be lined up next to each other. In addition, large specialized pieces like the pods are also considered wasteful, as their reusability is limited. However, LEGO fans are a creative bunch, and they will often come up with novel ideas even for specialized pieces.

For example, take a look at these vendor kiosks, using the arcade pod pieces! They were built by a Singaporean LEGO fan that goes by the name Xennethy on Instagram, and is well known for building highly detailed buildings, interiors, vehicles, and accessories for LEGO City type settings. One of the kiosks is selling caps, the other fruits and veggies, while the last one is a newsstand. Notice the different ways the canopies were built, as well as the shelves and containers to display the various items. 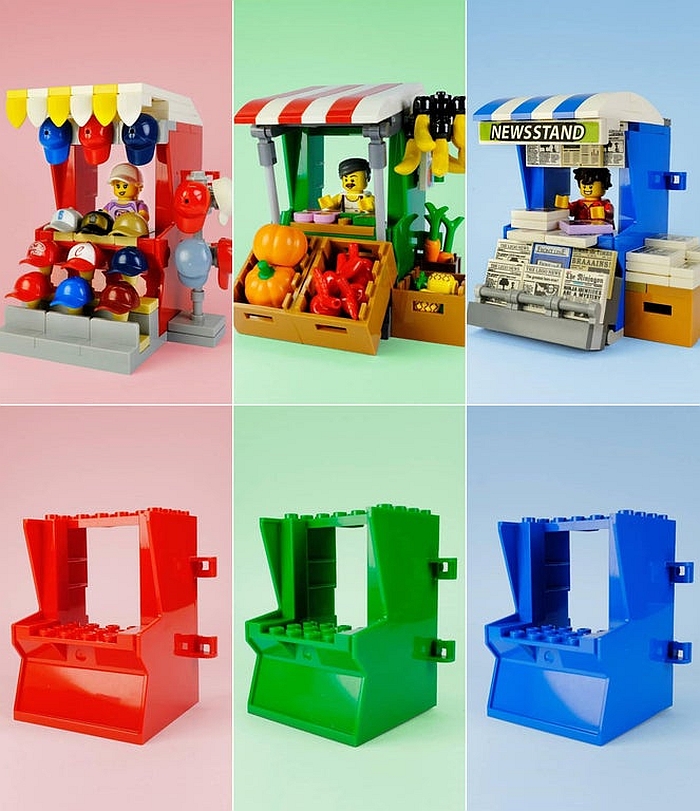 If you like to build your own LEGO city, I recommend checking out Xennethy’s other creations on Instagram, as he has some great designs you can learn from, including more kiosks and shops. 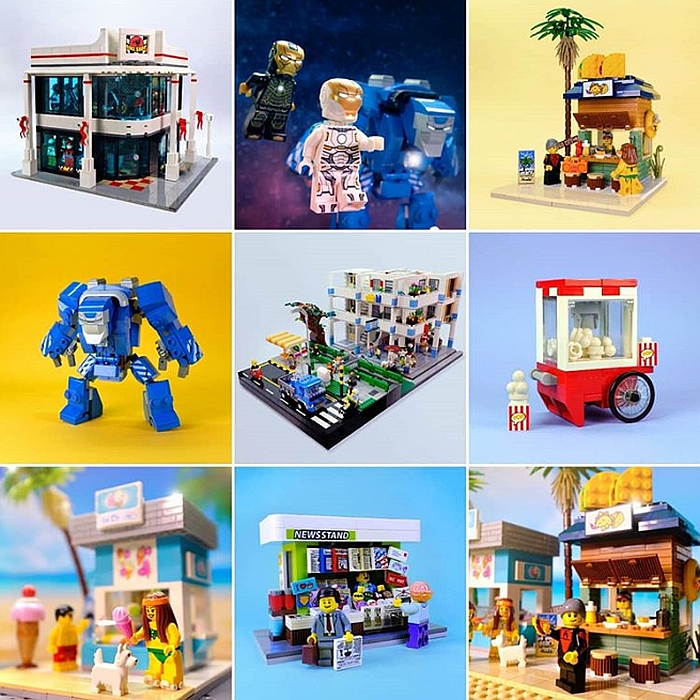 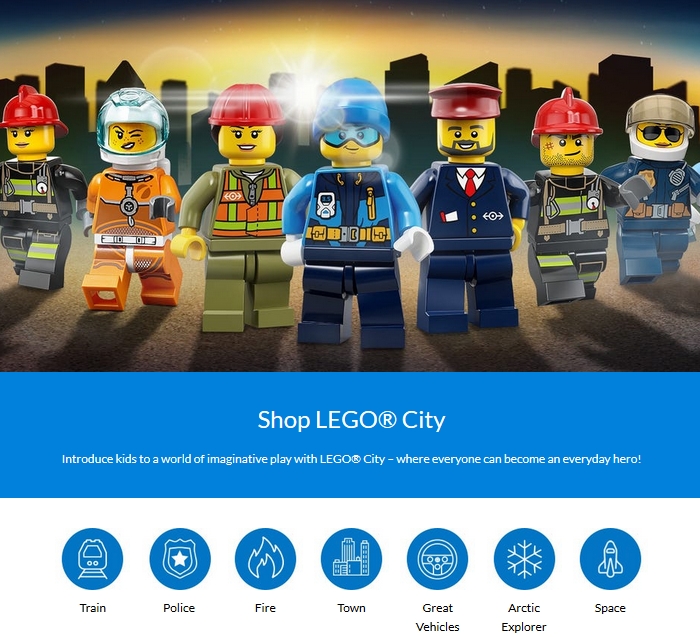 What do you think? How do you like the LEGO Ninjago Arcade Pods? Do you have any of them already? And have you thought about converting them to something else? How do you like the idea of making them into vendor kiosks? Feel free to share your thoughts and discuss in the comment section below!