A number of 2020 summer LEGO sets have been revealed in the past couple of weeks, so I thought to do a round-up on what’s coming later this year and we can discuss. Take a look and let me know what you think! 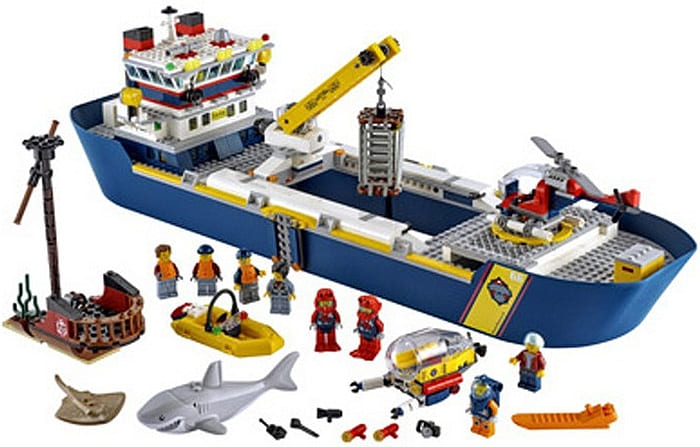 ➡ 2020 LEGO CITY SUMMER SETS: The LEGO City theme seems to be taking over the very successful LEGO Friends Marine Rescue collection from last year. We even get a new hammerhead shark and stingray! Sets include the #60263 LEGO City Mini Submarine, the #60264 LEGO City Marine Research Submarine, and the enormous #60266 LEGO City Marine Research Vessel that uses two ship hulls. Other new LEGO City sets focus on planes. Sets include the #60260 LEGO City Air Show, the #60261 LEGO City Airport, and the #60262 LEGO City Passenger Plane. You can see all the sets in detail in the video overview below, and they should be listed sometime soon at the LEGO City section of the Online LEGO Shop.

➡ 2020 LEGO DC SUPER HEROES SET: A very interesting set coming is the #76157 LEGO DC Super Heroes Wonder Woman vs. Cheetah, related to the upcoming Wonder Woman 1984 film scheduled for release in mid-August. We don’t know exactly what the set depicts, but it does look very cool with all those printed gold panels! Although the set isn’t officially released yet, it had appeared in some stores, so some LEGO fans were lucky enough to get it already. Below is a full video-review of the set, and look for it at the LEGO DC Super Heroes section of the Online LEGO Shop.

➡ 2020 LEGO MINECRAFT SETS: Two new LEGO Mincraft sets are coming in August, the #21161 LEGO Minecraft Crafting Box, and the #21163 LEGO Minecraft Redstone Battle. Both sets are already listed at the LEGO Minecraft section of the Online LEGO Shop, so you can read up on the details.

➡ 2020 LEGO SUPER MARIO SET: It was only recently that LEGO announced they will be making sets related to the Super Mario franchise. The #71360 Adventures with Mario Starter Course is already listed at the Online LEGO Shop with a release date of August 1st. This set has some interesting interactive features that you can learn about from the video in the press-release. Other sets included in the collection that are coming later are the #40414 LEGO Monty Mole & Super Mushroom Expansion Set, the #71360 LEGO Adventures with Mario, the #71365 LEGO Piranha Plant Power Slide, the #71369 LEGO Bowser’s Castle Boss Battle.

Besides the above-mentioned sets, we will be also getting new LEGO Friends, LEGO Hidden Side, LEGO Jurassic World, LEGO Star Wars, and other sets, but we have little information on those at this point. Anyhow, let me know what you think. Which summer sets are you looking forward to the most? Feel free to share your thoughts and discuss in the comment section below!