Four new LEGO Star Wars sets are available starting yesterday, all targeting adult LEGO Star Wars fans. The four sets include three LEGO Star Wars Helmets for display, as well as a large brick-built version of D-O, the little robot that we were introduced to in Star Wars: The Rise of Skywalker. In addition, Series 20 of the LEGO Collectible Minifigures also became available. Details below. 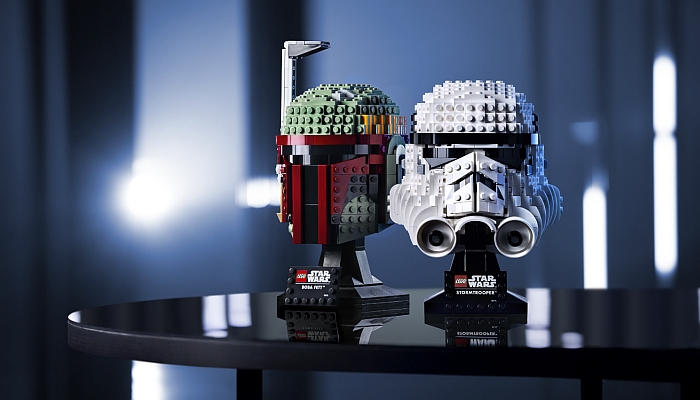 We already talked about the three LEGO Star Wars Helmets when they were first announced, but to recap, the collection includes the #75274 LEGO Star Wars TIE Fighter Pilot Helmet, #75276 LEGO Star Wars Stormtrooper Helmet, and #75277 LEGO Star Wars Boba Fett Helmet. Each of the helmets are highly detailed replicas of the originals, and measure about 7” (18cm) high, 5” (13cm) wide and 5” (13cm) deep, with a base and nameplate. They are specifically meant for adult LEGO fans and collectors ages 18+. They each come with about 650 pieces, and the price is $59.99 each, which is really good! You can find them at the LEGO Star Wars section of the Online LEGO Shop. 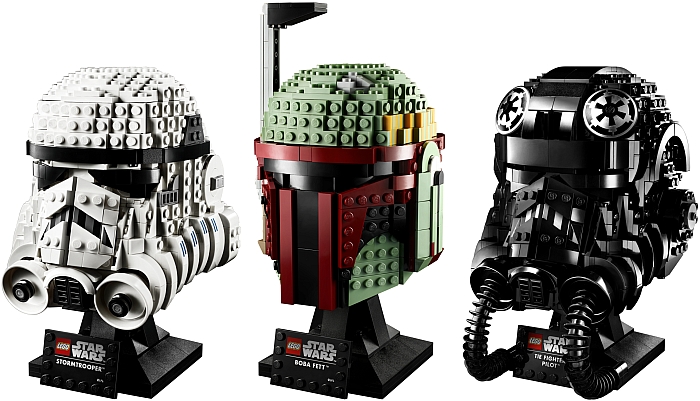 The cute #75278 LEGO Star Wars D-O buildable droid follows in the footsteps of the previously released #10225 LEGO Star Wars R2-D2 (from 2012) and the #75187 LEGO Star Wars BB-8 (from 2017) buildable droids. It comes with poseable antennas and its head tilts and rotates 360 degrees. A built-in display-stand, an information sign, and a minifig-scale D-O droid are also included. The buildable droid measures 10.5” (27cm) high, 4” (10cm) wide and 6” (16cm) deep, and comes with 519 pieces. The price is $69.99. If you already have the other two buildable droids, D-O would be a great addition to complete the iconic trio. You can find the set at the LEGO Star Wars section of the Online LEGO Shop. 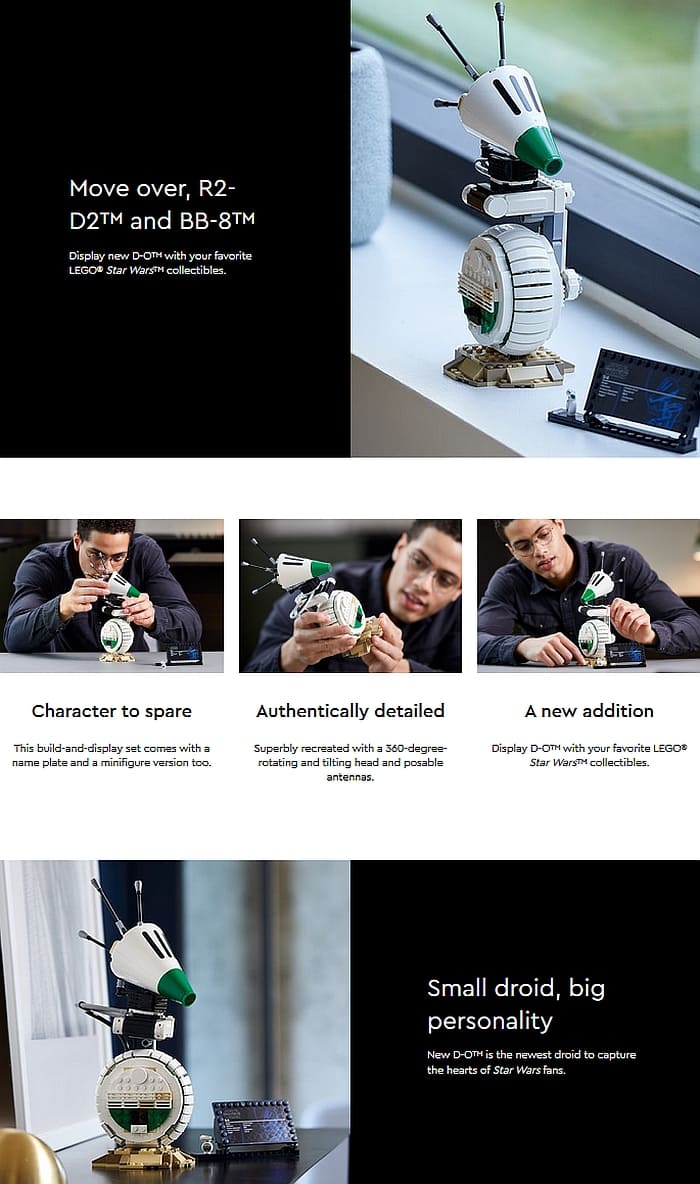 As far as Series 20 of the LEGO Collectible Minifigures, this is an especially unique series as it celebrates the 10th anniversary of the Collectible Minifigs. We discussed the series previously (see links at the end of this post), but to summarize, it includes 16 unique characters, including Pajama Girl, Piñata Boy, Peapod Costume Girl, Sea Rescuer, Pirate Girl, Martial Arts Boy, Breakdancer, Super Warrior, Brick Costume Guy, Llama Costume Girl, Space Fan, Athlete, Tournament Knight, 80s Musician, Drone Boy and a Viking. Starting with the last series, the price have gone up to $4.99 per minifig, which is pretty high, so it’s hard to justify them as just an impulse-buy. Most collectors would want to get the exact minifigs they want to add to their collection, or purchase a whole box and sell the extras (to see how many of each minifig is in a box, read our full review). The series is available at the LEGO Minifigures section of the Online LEGO Shop.

What do you think? Are you planning to get any of the new LEGO Star Wars sets? And how about the Collectible Minifigures? Do you have any favorites? Feel free to share your thoughts and discuss in the comment section below!