Tensegrity has taken the LEGO world by storm over the past couple of weeks. You have probably seen these fantastical “floating” creations on social media, as more and more LEGO fans are sharing their own tensegrity structures (image below: Floating Island by Seb_E). 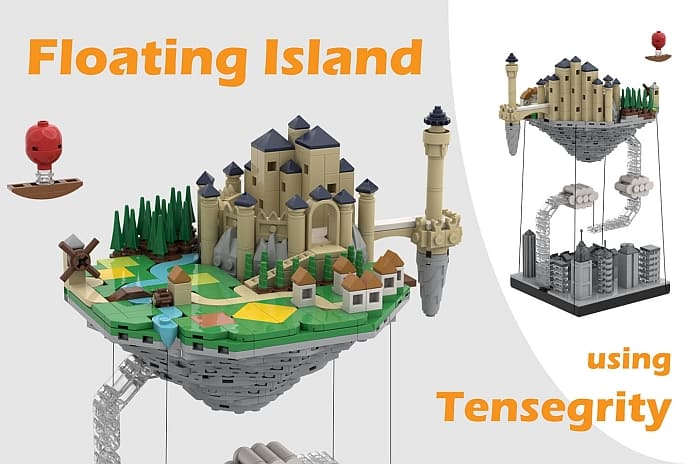 According to Wikipedia, “tensegrity, or tensional integrity, or floating compression is a structural principle based on a system of isolated components under compression inside a network of continuous tension, and arranged in such a way that the compressed members (usually bars or struts) do not touch each other while the pre-stressed tensioned members (usually cables or tendons) delineate the system spatially”.

In simpler terms, tensegrity is a physics principle whereby objects push and pull against each other creating opposing forces which causes an object to be held in place. To give you an idea how this works, take a look at the video-demonstration below by LEGO fan Jason Allemann.

Looks magical, isn’t it? To join in the tensegrity madness, even the LEGO Ideas team challenged the fan community to build and submit their own floating structures in an activity titled Can You Tensegrity? LEGO Ideas Activities aren’t official contest, but more like small building challenges to keep the community engaged. There are still rules and deadlines to keep the submissions high quality. For example, for this activity, participants had to use real LEGO bricks (so no digital entries) and a short video demonstrating that the tensional integrity of their creation actually works. Submitting projects to this activity is already closed so you can no longer submit new entries, but I recommend checking out the page anyway to see all the amazing creations. 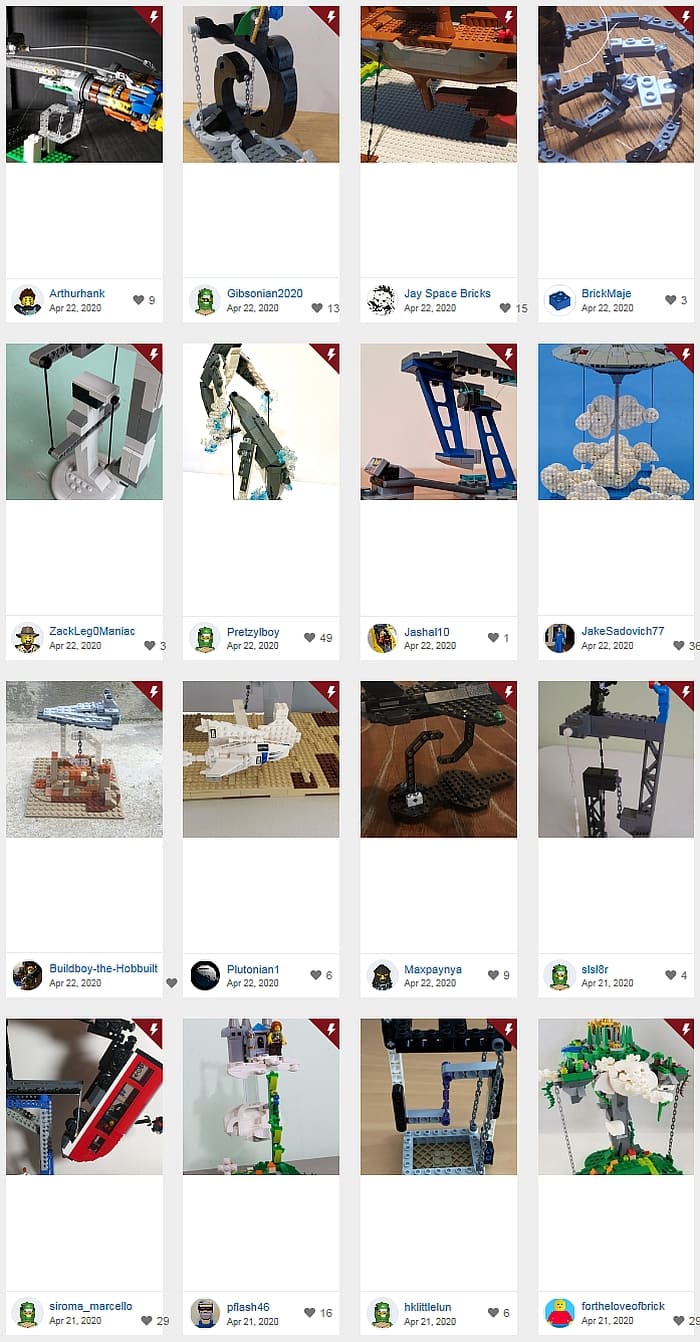 I especially like the LEGO tensegrity structures that also add a bit of story to the creation, like the Floating Cloud City by JakeSadovich77, the Floating Castle in the Sky by fortheloveofbrick, the Floating Rock by BrickinNick, and Floating DeLorean Time Machine by Jamie Wass. 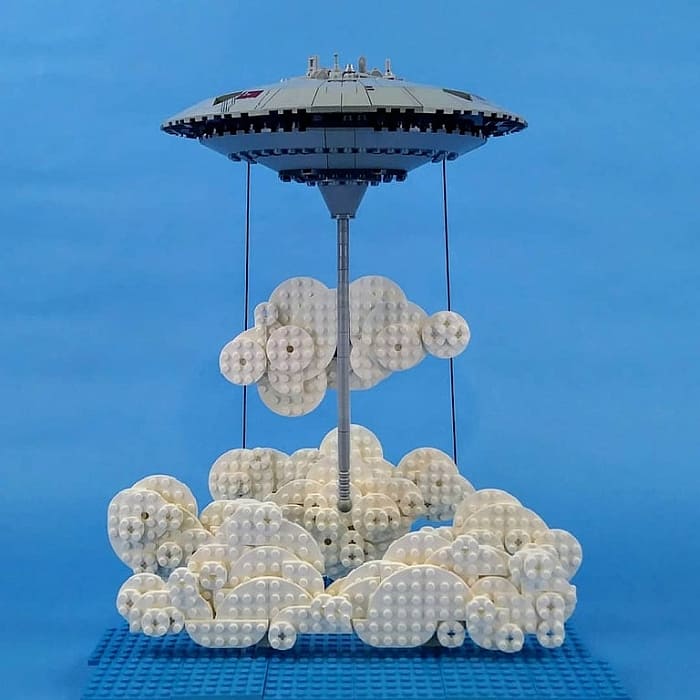 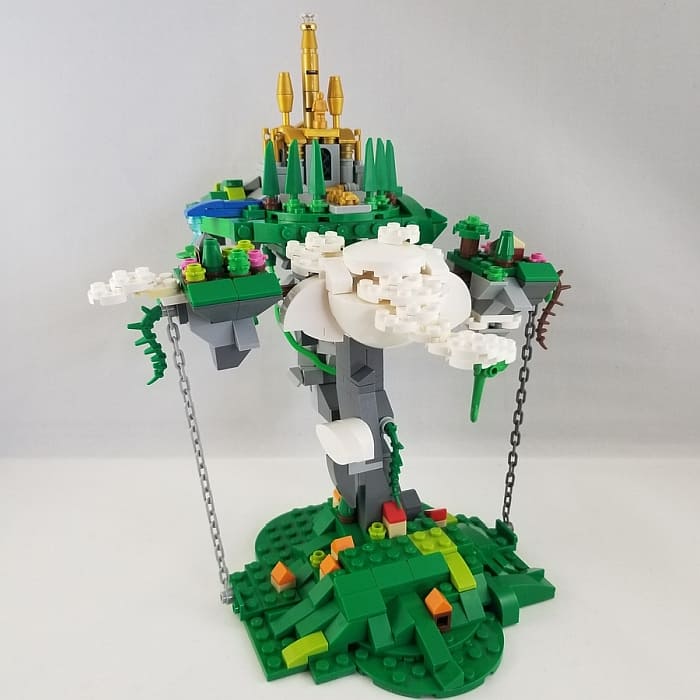 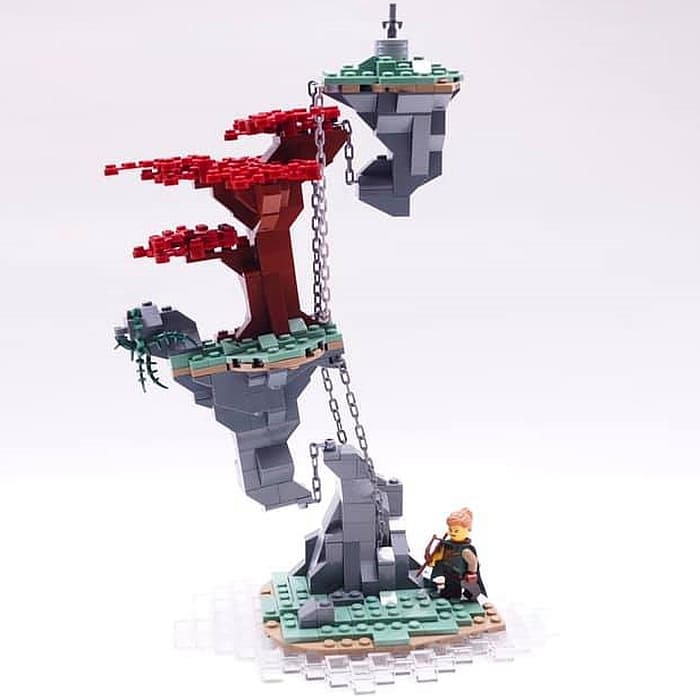 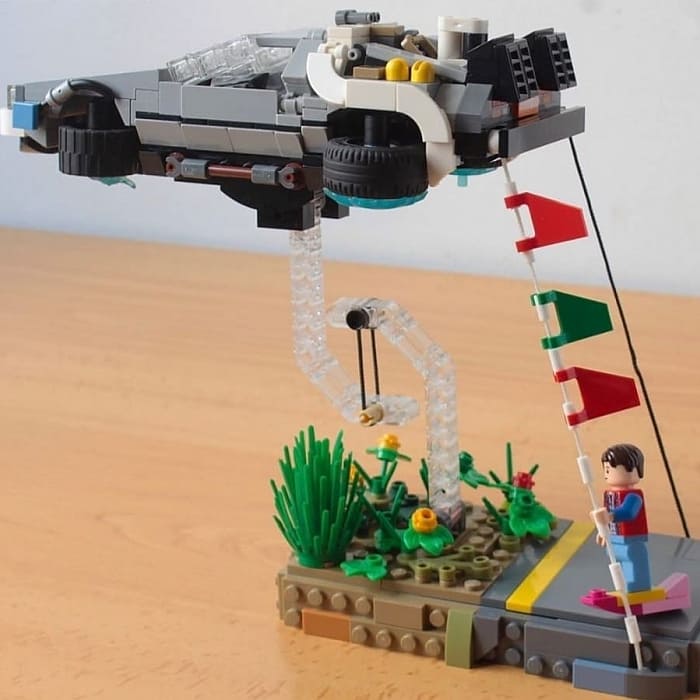 What do you think? Have you tried building your own LEGO tensegrity structure? Or are you planning to? Feel free to share your creations or link to your favorites by other LEGO fans in the comment section below!

Next post: Message from the LEGO Powered Up Team