When I originally started writing about LEGO Ideas, it was for two major reasons. The first was to share some of my own creations with the larger fan community. The second was to document the LEGO Ideas process. I was hoping that, with each successive project, I could learn from my mistakes and run a better campaign to help others learn along the way. 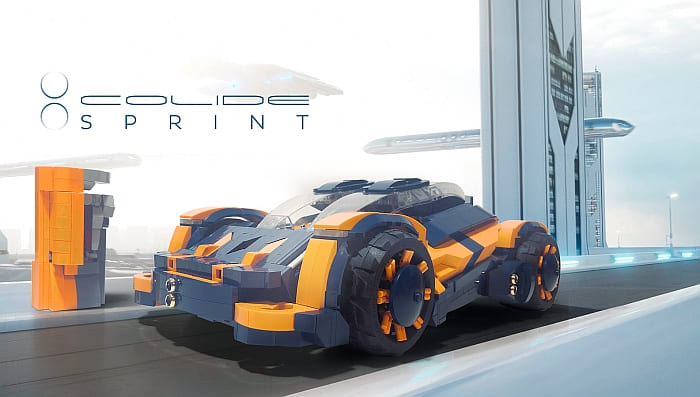 Then I ran across a project that let me talk about an area of LEGO building I don’t always have a chance to cover in other articles, namely design theory. This is the idea of how you might go about planning a creation. In the last article, titled LEGO Projects – The Importance of Research, we talked about the value of researching a subject you are interested in, and how that research might manifest in your model. But what happens when the idea you’re trying to bring to life doesn’t exist in real life? Today, we will take a look at another LEGO Ideas project called Colide Spring – Concept Supercar by Mandylion777, that tackles such a subject.

WHAT IS THE COLIDE SPRING CONCEPT SUPERCAR?

Put simply, this is a car of the future. It’s Mandylion777’s envisioning of what that should look like. Generally, they wanted a fast car that could display the speed of today’s biggest and boldest muscle cars. However, unlike today’s beastly machines, their car would feature a much more responsible fuel system. 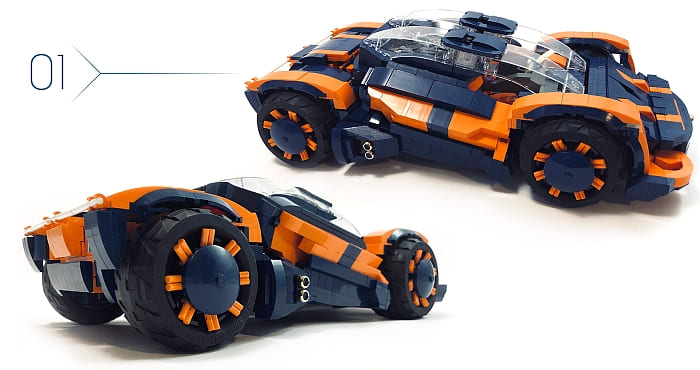 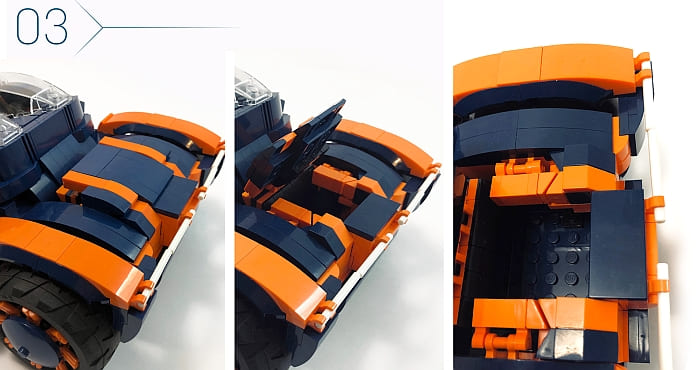 This, in an of itself, is an intriguing concept since models don’t actually use fuel. Additionally, just creating a tank and saying it has a blend of this or that is also not that interesting. So what they did instead was make it battery powered complete with removable batteries and a charging station. 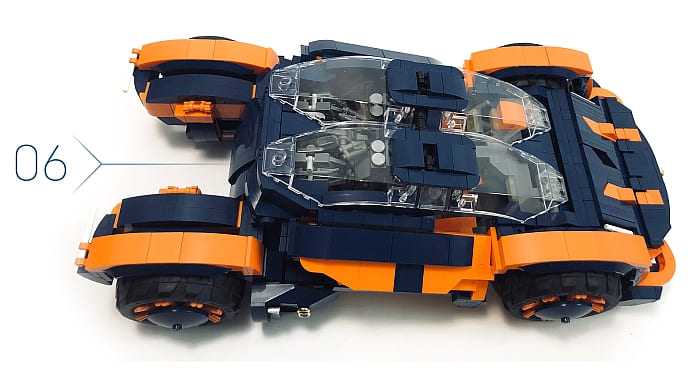 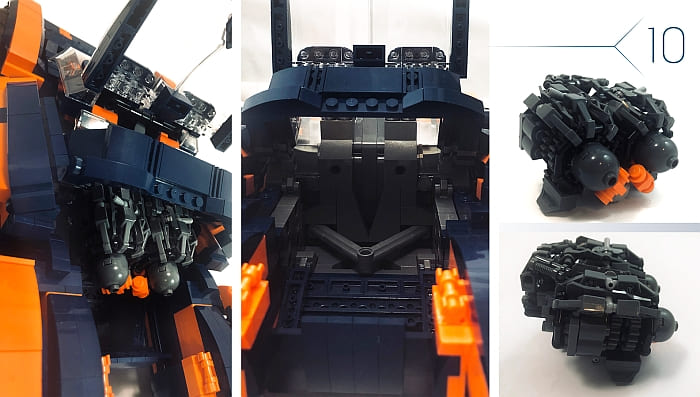 Another fascinating feature is the modularity with the car’s motor and trunk. Having the ability to simply remove a motor like this can make repairs and fine tuning a much less daunting prospect. As for the trunk, any weight you can remove from a vehicle can increase its performance, provided it doesn’t affect the wind resistance of said vehicle. For that reason, removing the trunk is a fabulous way to design a car. 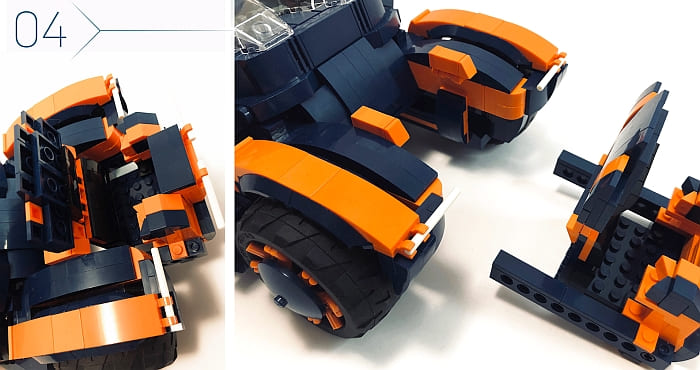 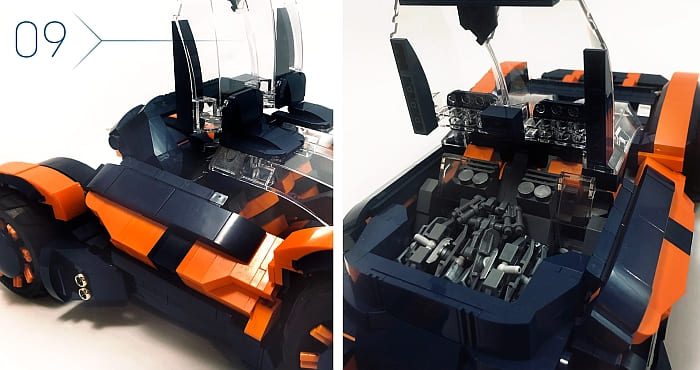 Finally, the model also features some glow-in-the-dark elements. This is more to give a sense of style and futurism to the overall appearance. Which, I must admit, is extremely important. In fact, Tesla made their name by making an environmental car look sleek and cool. Plus, I really enjoy seeing glow-in-the-dark pieces being used for something that is not hokey in some way. 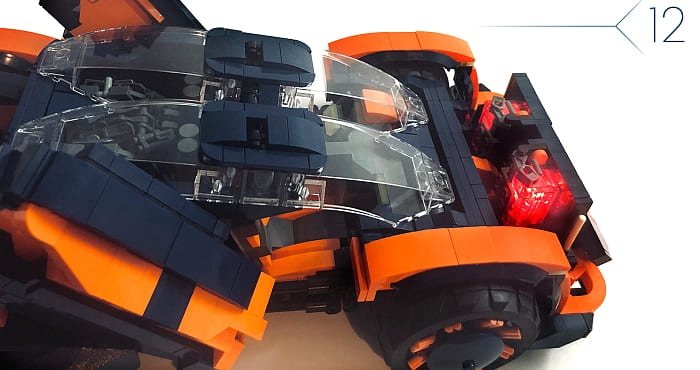 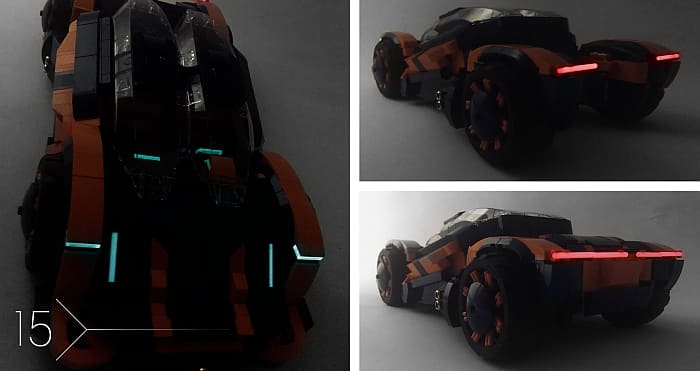 HOW TO DESIGN SOMETHING THAT DOESN’T EXIST?

So now we know what the model is, what can we learn from it? Well, as stated before, this car does not exist. It is merely a concept from Mandylion777. This means there was very little to research, save aerodynamics of a car’s frame. So then how can someone build this and become better at making similar creations?

In one word, necessity. There is an old saying, “Necessity is the mother of invention.” This holds true today as it did when Plato said it all those years ago. And it is a great way to guide you in designing something brand new.

To start, ask yourself, “What do I need this thing to do or accomplish?” Once you figure that out, refining just becomes a matter of asking yourself, “Is this the best way to get that done?” You then keep asking yourself this question through every iteration until the answer is, “Yes, this is the best way to get that done.” Then you go get counseling since you’ve really been talking to yourself a lot recently!

But seriously, research will now pop its head back during this phase. While you are finding new and better ways to do whatever it is you are making, you need to make sure that your method is the best. For that to work properly, you must understand what the alternative method is. Many times, the difference is the trade off of this for that. For instance, you gain speed but loose carrying capacity. Ideally, you don’t want to trade anything away, if you can help it.

In the case of this model, you can take out your car’s trunk for additional speed. However, you are given the choice to put it back in to regain carrying capacity. The tradeoff still exists, but by making it a personal choice, all the options are still available. Thus, this becomes the best design possible.

I want to thank Mandylion777 for allowing me to use their project to showcase what I wanted to talk about today. If you like their project, visit their LEGO Ideas page and give it your vote for the potential of becoming an official LEGO set. And while you’re at it, check out my projects as well (I’m trying to be subtle here… ha-ha). And for the currently available LEGO sets that were originally submitted by fans, visit the LEGO Ideas section of the Online LEGO Shop.

In summary, preparing to bring to life in LEGO form non-existing subjects is a topic I hadn’t thought about doing until seeing projects like the Colide Sprint – Concept Supercar. I spend more of my time recreating or reimagining something that already exists rather than designing something entirely new. However, we must always remember that LEGO is a fantastic tool for dreaming up anything you can imagine. And dreams are a great way to envision and create the future.

What do you think? Do you research the projects you are working on? Are there any interesting discoveries that you have made? What do you do when you work on a project that doesn’t exist in real life? Feel free to share your thoughts and discuss in the comment section below!