It was just about two years ago when LEGO and IKEA first announced a new partnership to explore and develop solutions to stimulate play all around the home (you can read the original announcement here: LEGO & IKEA Collaboration Coming!). A year later, they added that the LEGO-related product line will be called BYGGLEK. Below, I have included some of the highlights from the previous two press-releases, as well as some interesting updates (images courtesy of German LEGO blog, StoneWars.de). 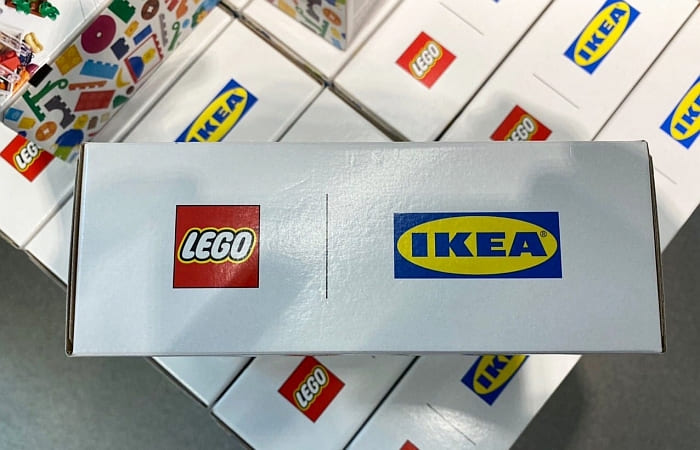 Research from IKEA and LEGO Group has shown that there’s a demand among children for more playtime with their parents. At the same time, parents believe that playing is essential to their children’s well-being and happiness. Despite this, children and adults encounter several barriers and challenges when it comes to making play happen. Busy schedules and homework are a couple of obstacles, other restrictions like finding the space to play are more evident for adults than for children.

“There’s a conflict between how grown-ups look at organizing and how children look at creative play. Every grown-up has stepped on a LEGO brick at night. But organizing LEGO bricks the grown-up way also means ending the play sometimes. Adults sort by typology – socks going into one drawer and belts into another. Kids sort by story, clustering it into different pieces, where you can have a half-built space ship. And in that, you can find the one piece that you need. What if we could turn that perceived mess into something wonderful?”, says Rasmus Buch Løgstrup, designer at LEGO Group.

The different perspectives might lead to that children experience rules, carried out by their parents, stops them from being as creative and playful as they wish. Parents, on the other hand, feel that playing can be a bit too messy at home, making it harder to fulfill other commitments of the everyday. The overlaying ambition between the collaboration between LEGO Group and IKEA is to overcome these kinds of obstacles. The hope is to move away from “no” to “yes” to play, and at the same time show respect to duties of the everyday.

“To do this, systematic thinking becomes key. We know that children continue the story building in their minds long after they have stopped playing with their toys. So we asked ourselves, couldn’t pause and play be a way to enable quick play? We know that children are playing with screens because it’s easy to get started. So what if we could make the LEGO play continue? That would make quick play easier and then build on the play that is continuing in the child’s mind anyway”, says Andreas Fredriksson, designer at IKEA.

To enable playing throughout the home with pauses, a solution across generations is needed. Also, different rooms need different solutions that can change after different phases in life. “Bringing people together over play and enable more play are things that are key for both us and LEGO Group based on our respective visions, missions and values. That is why we want to explore what can happen when we work together, trying to get more of the many people to say yes to play”, says Andreas Fredriksson, designer at IKEA.

In the previous press-releases, it was mentioned that the aim is to release the first BYGGLEK products sometime in 2020. As we are about halfway through the year, it was expected that we should be getting an update soon. Based on a recent announcement at the LEGO Ambassador Forum, LEGO and IKEA are getting ready for a social media campaign about the new product line. Also recently, some IKEA stores in Germany already put on display the new BYGGLEK product line. 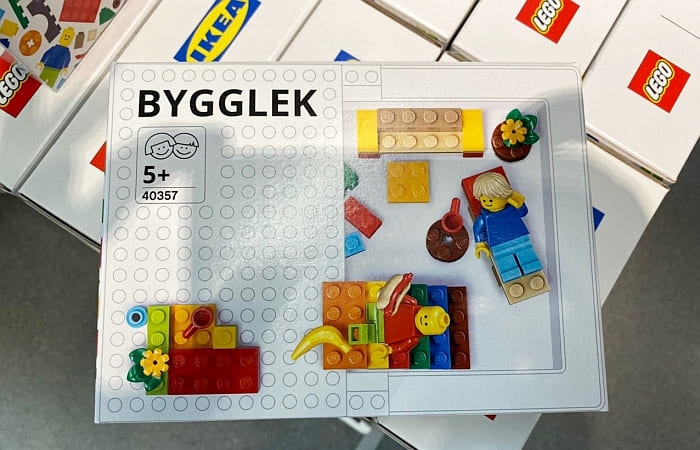 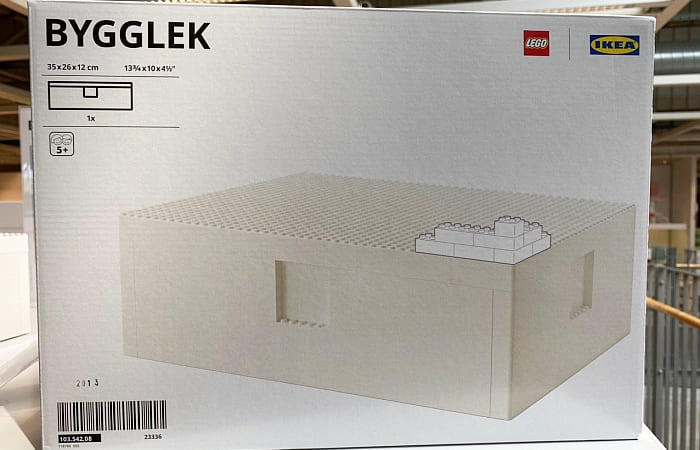 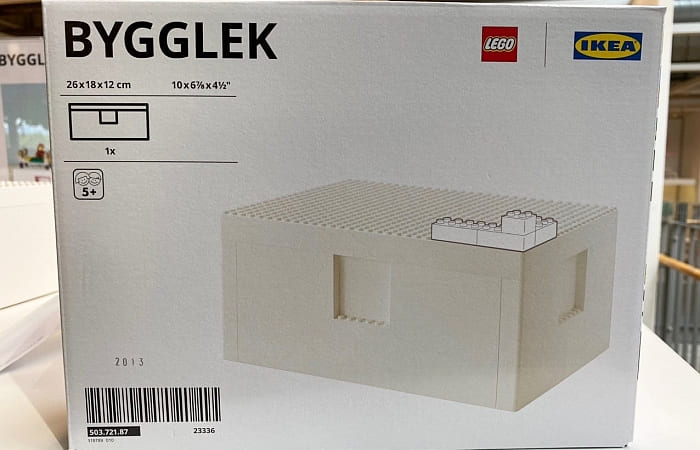 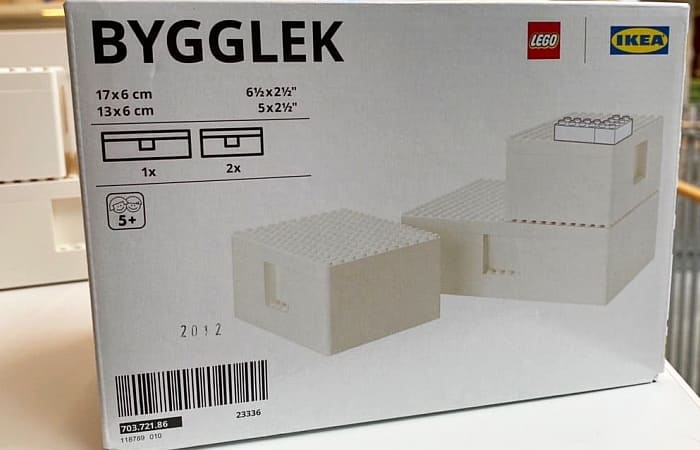 Based on the sizes, the boxes should fit some of the standard IKEA shelving units. As you can see from the pictures (courtesy of German blog StoneWars.de), the boxes come with a removable lid with standard LEGO studs on top. There are also some studs on the sides, just enough to create a nameplate or attach a few pieces or a couple of minifigs. It is not known if the boxes are stackable on top of each other, or how securely the lids attach to the box (making it transportation-friendly). 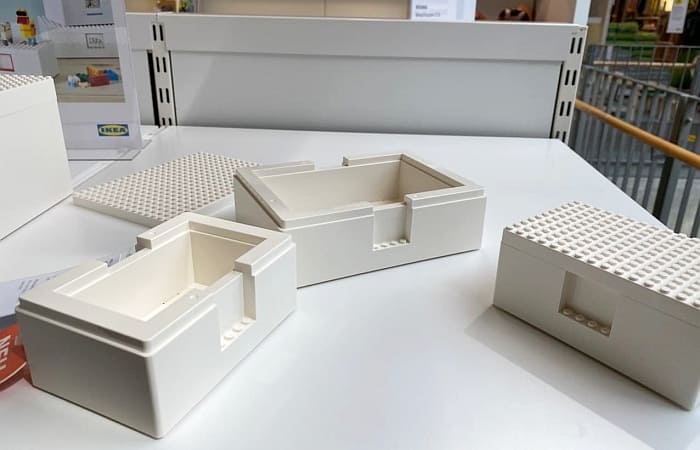 It is yet to be seen how practical families will find these boxes and if kids will like them. Personally, I don’t see them as useful and attractive as the storage, sorting, and display solutions that LEGO has been releasing in partnership with Room Copenhagen. But this is just the beginning of the collaboration between LEGO and IKEA, and more products will likely come. If you’re interested, the BYGGLEK product line should be more widely available later this year.

What do you think? How do you like the BYGGLEK products so far? Are you planning to get any of them? How would you use them? Feel free to share your thoughts and discuss in the comment section below!