Earlier this year, I participated as a beta tester for an exciting new platform that was developed by the LEGO Group in partnership with Tongal. Tongal is a platform for content creation that gives networks, studios, and brands access to a global community of creators to simplify and scale content development. It’s basically a virtual studio that facilitates remote work and collaboration. The LEGO Group has been using Tongal for several years now, particularly for product videos and stop-motion videos that appear on their social media channels, advertisements, etc. You can view LEGO’s current and past projects sourced through Tongal at the following page.

This time, however, LEGO and Tongal are collaborating on something much bigger, called LEGO World Builder. LEGO World Builder is a one-of-a-kind platform that gives creators and LEGO fans alike the opportunity to create and collaborate on ideas and story-worlds for new LEGO entertainment content (think web series, TV series, and even the next LEGO movie). The platform opens unprecedented, direct access to the LEGO creative team for a worldwide creator community, revolutionizing the way new talent and stories are discovered. Below is the press-release with more details, and I will also share some of my own experiences about the platform.

Los Angeles and New York – August 24, 2020 – The LEGO Group and content creation platform Tongal announced today the launch of LEGO World Builder, a first-of-its-kind story development platform that gives the LEGO fan community and creative talent all over the world direct access to the LEGO creative team to develop stories, shows, and more.

LEGO World Builder, designed in partnership with Tongal and powered by Tongal’s technology, connects a worldwide creator community to the LEGO Group, who can incubate ideas, collaborate, give feedback, and option or buy the rights to new concepts. Anyone over the age of 18 can join the open community and pitch their own stories, or team up and collaborate on story worlds with other fans, writers, animators, and designers on the platform.

Each year, thousands of creatives send the LEGO Group original ideas for new content and stories. LEGO World Builder is wholly dedicated to empowering this type of creativity. The platform will also include challenges from the LEGO creative teams, where fans can share their own spin on existing LEGO IP.

“The LEGO Group is known for innovation. As early adopters of open platforms, they have shown true leadership in engaging those who love their products throughout the creative process,” said James DeJulio, Tongal Co-Founder and CEO. “They were one of the first organizations to adopt Tongal and our creative community, finding success developing and producing content on the platform, and now they have a dedicated environment to take it to the next level.”

The LEGO Group has been leveraging Tongal and its virtual production capabilities since 2012, working with their global creative community to produce video content across social and into streaming.

“As our partner for many years, Tongal has provided us a way to engage with our creative community and LEGO World Builder is an extension of that,” said Keith Malone, Sr. Director of Content Development at the LEGO Group. “We are privileged to be a brand that stands for creativity not only with our incredible products but also with the experiences we create for our fans. We hope the next Ninjago or LEGO Masters could come from this collaboration!” 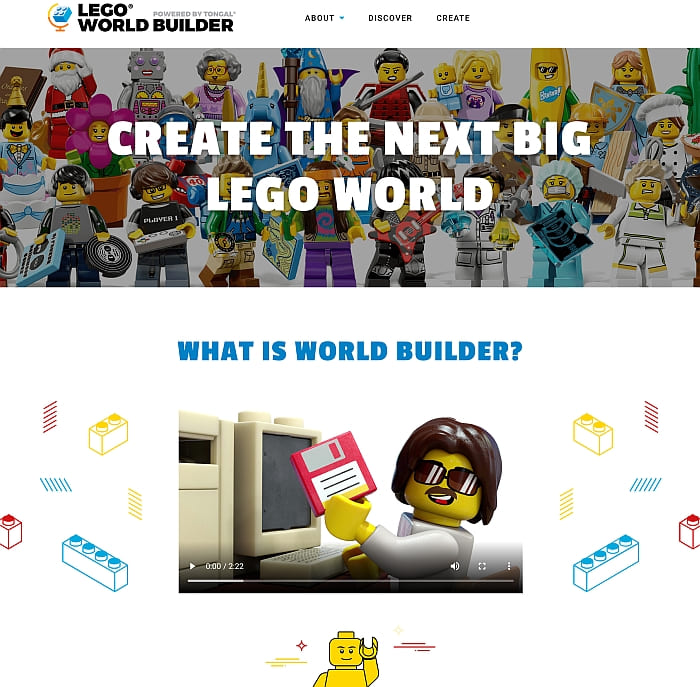 From my experience with LEGO World Builder as a beta tester, it’s basically like the LEGO Ideas platform, but instead of submitting projects for potential future LEGO sets, LEGO World Builder is for creating entire worlds, which could potentially turn into whole LEGO themes, films, TV shows, etc. Think of it like creating something as awesome as LEGO Ninjago – a unique LEGO world with an elaborate story, characters, and more that captured the imagination of young and old LEGO fans alike.

One other difference between LEGO Ideas and LEGO World Builder is that on the LEGO World Builder platform you can collaborate with other creative people. For example, you may have an idea of a world and even have a good story outline, but you are stuck on character development, or perhaps you need someone who can create sketches for your story. Don’t worry if you don’t have ideas for every element. You can continue to build out your world as far as you can, then make it public on the platform and ask fellow contributors for help. And when you receive contributions from the community, you can decide which ideas and elements to weave into your world. If you find a contribution that you want to accept, you can officially incorporate it into your world.

Likewise, you can also contribute to the worlds of others. You can search the LEGO World Builder platform and once you find a world that you’re excited about, you can take it to the next level by submitting your own world elements to the original creator for consideration, and they may decide to incorporate your element into their world. Also, if you’re feeling inspired, you can contribute your own notes and ideas to existing world elements and they may be accepted as well. 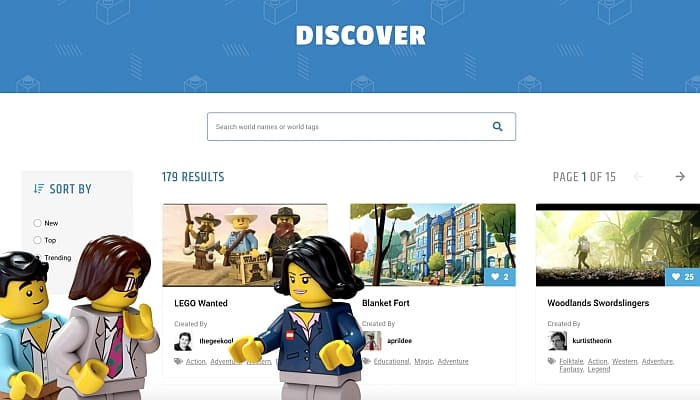 LEGO’s own creative team regularly checks the worlds that community members create and are most excited about. Select worlds may be moved off the LEGO World Builder platform and into the LEGO development process. If your world or a world that you contributed to is moved into development, the original creator as well as all other contributors with incorporated elements or element details will get financial compensation. For the current financial breakdown visit WorldBuilder.Tongal.com.

As far as what kind of worlds to build, the goal of LEGO World Builder is to open up the creative process and empower people to build their own LEGO worlds. Your world could be the next great LEGO franchise. The best worlds have interesting locations, compelling characters and are uniquely LEGO. When you’re building out your world, think about how it could be expressed through the LEGO brand and through different touch-points, including play, entertainment, publishing, and more. It’s also important to point out that LEGO is looking for worlds that are wholly original. This means they cannot contain elements from existing IP (like Star Wars, Harry Potter, or Game of Thrones).

When you create a new LEGO world, you can work on several world elements. These are all of the unique components that come together to build out your world and clearly defined in the LEGO World Builder. This includes society (cultural rules, governmental bodies, school systems, holidays, etc.), history (stories, lore, and past events that led to the current state of your world), places (castles, planets, underground lairs, etc.), storylines (interactions, drama, funny moments, extraordinary event, etc.), characters (people, animals, robots, fantasy creatures, and more), transport (cars, spaceships, submarines, time travel), items (magic wands, high-tech gadgets, ancient swords, glowing orbs, etc.), and resources (food, fuel, money, etc. that powers your world). Again, you don’t have to develop these all yourself, but at least have the basic outline and then ask others to help. 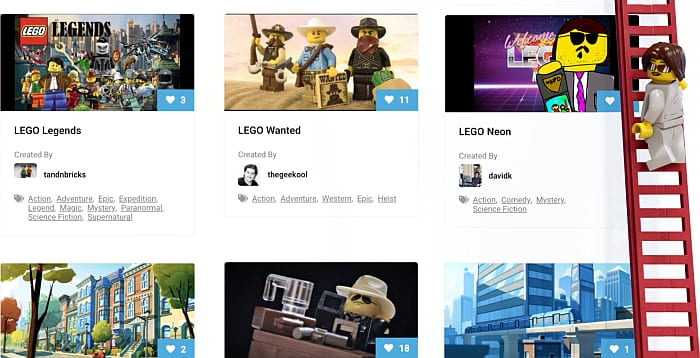 If you’re concerned about the ownership of your world, Tongal spells that out too. Anything that you submit is temporarily owned by Tongal. If your world goes into development, you will assign rights to LEGO and get paid as mentioned above. If it doesn’t go into development, after your world has been public on LEGO World Builder for 6 months, you can opt to remove it from the site. The fine print is that there is a possibility your world or a world element will unintentionally overlap with something LEGO already has in the works. Just like on LEGO Ideas, if the LEGO Group introduces something similar to an idea submitted on LEGO World Builder, you understand and acknowledge that any coincidence is unintentional and release the LEGO Group against any claims of infringement.

And that’s LEGO World Builder in a nutshell. If you’re interested, visit WorldBuilder.Tongal.com to join the community, explore worlds, and start creating! And if you have any questions, comments, or concerns, feel free to share in the comment section below!