Ninjago fans who would like to watch or re-watch previous episodes of the LEGO Ninjago TV show have several options. If you have a Netflix subscription, you can watch episodes from previous seasons up to Season 9 (at the time of this writing). Amazon has the episodes available up to Season 10, the last time I checked. 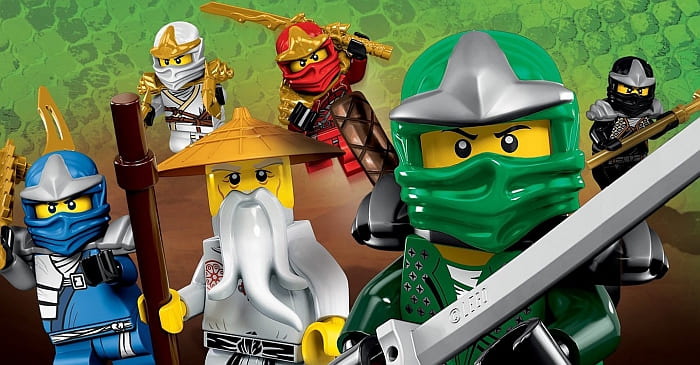 Another great place to watch the episodes for free is on LEGO’s YouTube channel. Again, they won’t have the latest seasons yet, but you can watch episodes from the earlier seasons in high quality. Unfortunately, LEGO’s YouTube channel can no longer be searched due to the new restrictions on kid-oriented channels, however if you find one of the videos, the others should pop up under the related videos section.

Currently, the LEGO YouTube channel is streaming all the episodes from Ninjago Season 2: Legacy of the Green Ninja, which was first released back in 2012. I’m embedding the live-stream below, so you can watch it here as well. In case you forgot, or you’re new to Ninjago, here is the synopsis of the season:

While Garmadon ends up on an island with a disembodied voice called the Overlord, the venom of the Great Devourer seeps into catacombs beneath Ninjago and animates the Stone Army, trapping the Serpentine underground in the process. Along with Misako, Lloyd’s mother, the Ninja travel to the Dark Island to stop Garmadon. The Ninja fail to stop the countdown to the final battle, and the Overlord is revealed to be the dark lord from the prophecy. He possesses Garmadon and heads to Ninjago, with the Ninja in tow. After they found a way out of the Island, Lloyd uses his newfound Golden Power to defeat the Overlord, purge Garmadon of his evil, and become the Golden Ninja.

Awesome, isn’t it? Watching these videos bring back so many great memories from the early days of the Ninjago TV show! Now I’m inspired to take out my spinners and the Ninjago game cards! I hope LEGO will stream other entire seasons, or at least continue posting the episodes individually. And if you’re nostalgic like me, or you missed out on the first seasons of the Ninjago TV show and Ninjago sets, you may also want to check out the currently available LEGO Ninjago Legacy sets at the LEGO Ninjago section of the Online LEGO Shop.

What do you think? Are you still watching the LEGO Ninjago TV show? Do you like to go back to watch some of the earlier seasons? Which season was your favorite so far? Feel free to share your thoughts and discuss in the comment section below!