As we discussed about a week ago, LEGO finally released many of the summer sets that were delayed in the U.S. towards the end of August (see: LEGO Summer Sets Available on August 24th). And now, with a new month comes more new sets as well as new promotions. Take a look below. 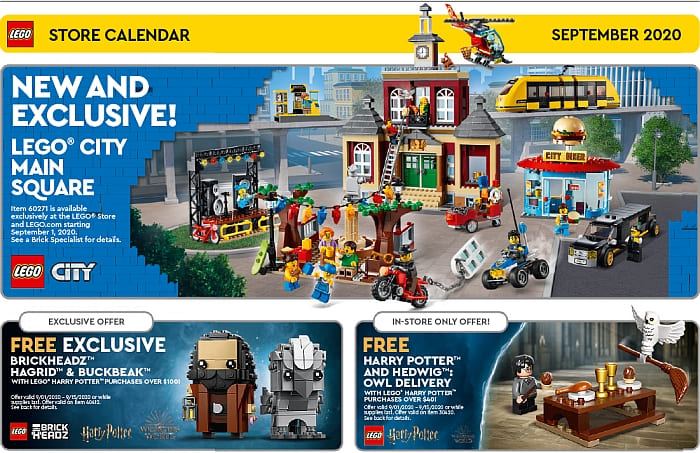 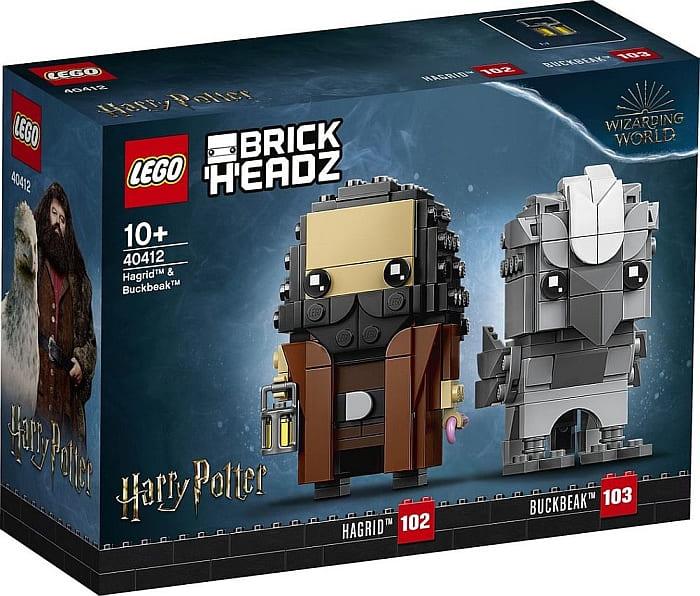 ➡ FREE LEGO HARRY POTTER SET (IN-STORE ONLY): If you’re near a LEGO store, you can take advantage of another in-store-only freebie September 1-15. You can get the #30420 LEGO Harry Potter and Hedwig Owl Delivery with purchases of $40 or more. 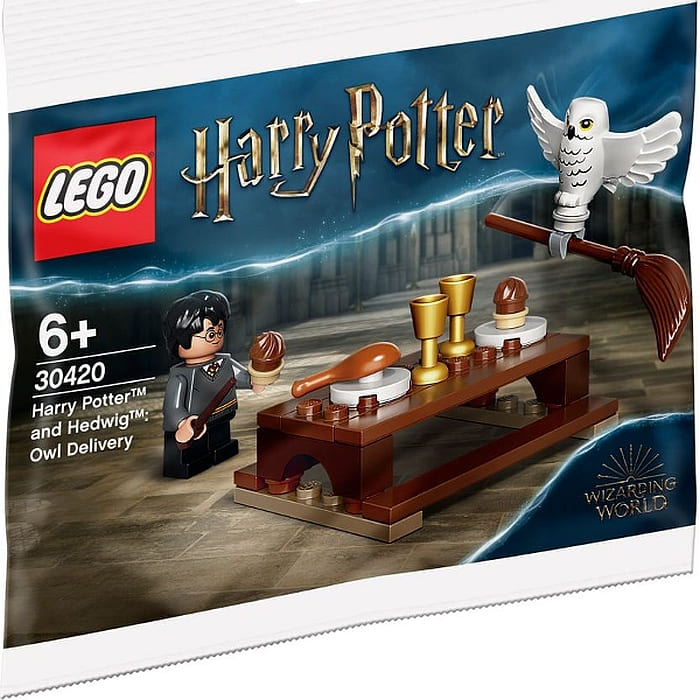 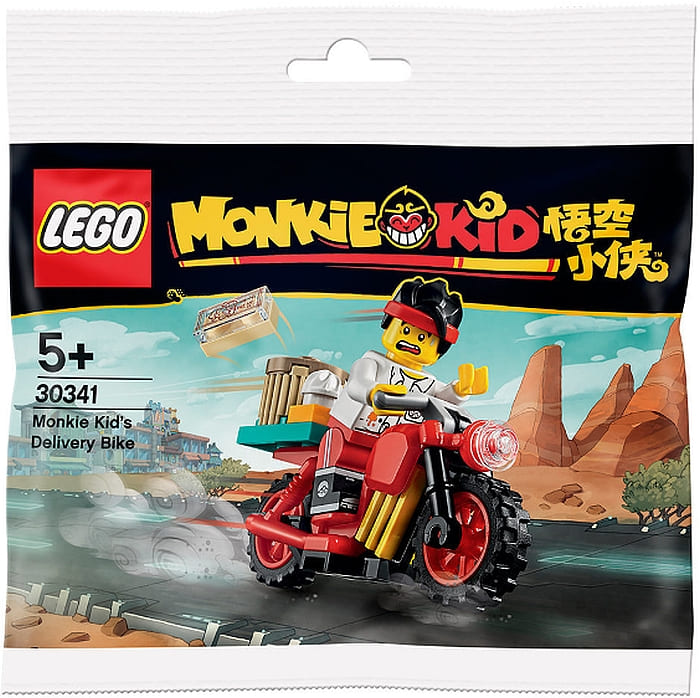 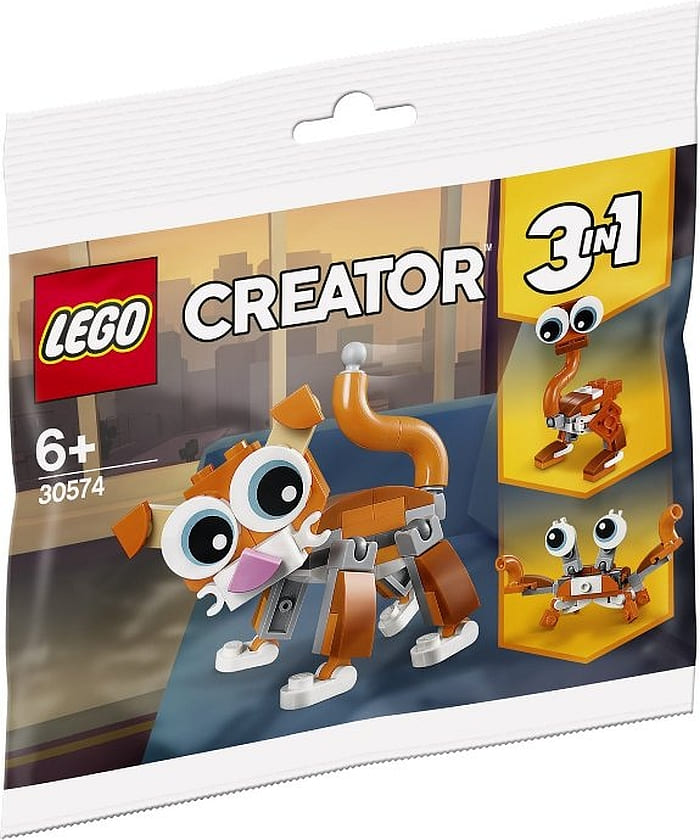 ➡ LEGO HARRY POTTER DIAGON ALLEY AVAILABLE: I mentioned it above, but it’s worth repeating; the much anticipated and huge ##75978 LEGO Harry Potter Diagon Alley set with over 5,500 pieces and 14 minifigures is now available. This set will sell fast and will likely have long periods of shortages, so if you want it before the end of the year, get it as soon as possible. Available the LEGO Harry Potter section of the Online LEGO Shop.

➡ LEGO CITY MAIN SQUARE AVAILABLE: Inspired by the popular kids TV show, LEGO City Adventures, #60271 LEGO City Main Square features the iconic town hall building, a limo for Mayor Fleck, a classic diner, the great city park with room for concerts and special celebrations, an InterCity tram, and of course familiar characters for endless story-building fun. This is also a great set for adults to add additional buildings, vehicles, and people to their cities. The price is high though ($200 for 1,517 pieces), but if you’re interested it’s available at the LEGO City section of the Online LEGO Shop. 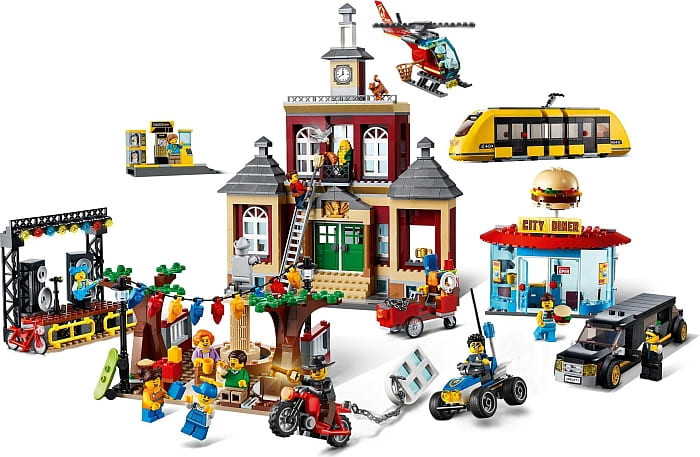 ➡ LEGO ADVENT CALENDARS NOW AVAILABLE: As usual, we get three new LEGO Advent Calendars this year to help you and your family count down to Christmas. This includes the #60268 LEGO City Advent Calendar, the #75279 LEGO Star Wars Advent Calendar, and the #41420 LEGO Friends Advent Calendar. The sets are really nice this year with some cute little builds and awesome minifigs, so check them out at the seasonal items section of the Online LEGO Shop. 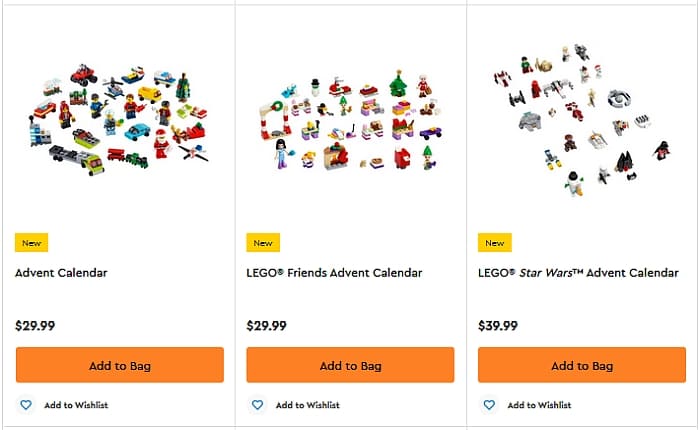 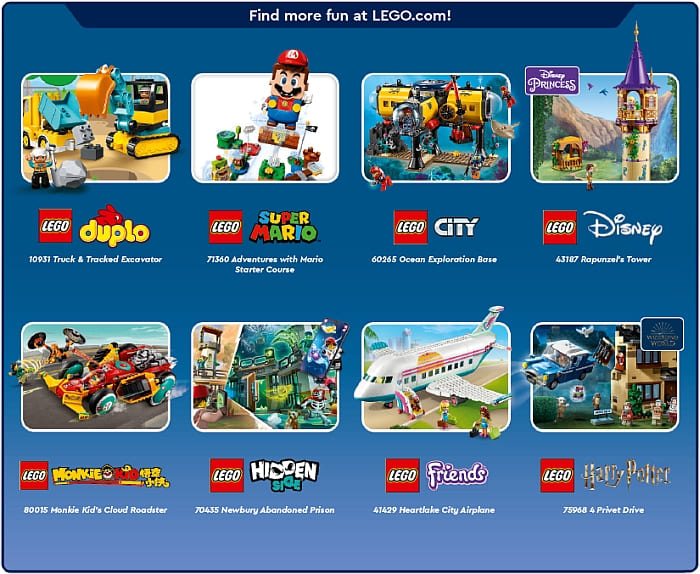