We talked about quite a few of the large adult-oriented exclusive LEGO sets, but if you’re looking for something smaller, less expensive, and not tied to any specific franchise, there are some great options as well. Three of the most interesting ones that we will look at today were released recently under the LEGO Creator 3-in-1 collection. Each of these sets includes instructions for three different models. They work great as fun weekend projects, seed models for larger projects, or as gifts during the holiday season. So, let’s take a look. 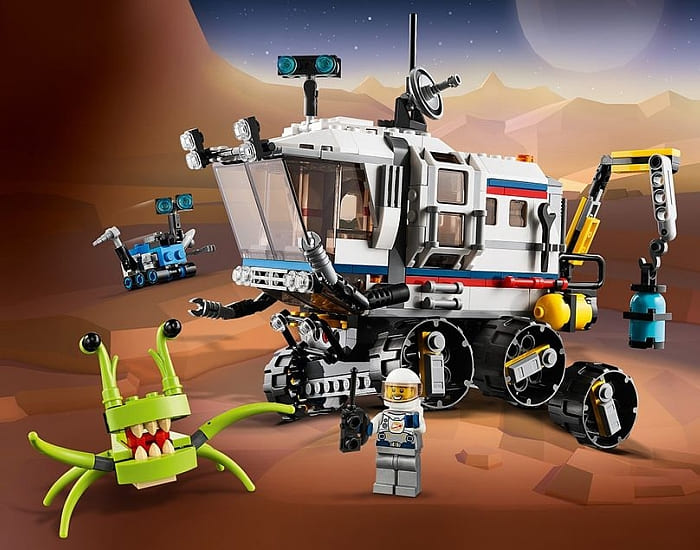 The main model of the #31107 LEGO Creator 3-in-1 Space Rover Explorer set is a rover with working suspension, an opening cockpit, lab/living area, and working crane arm. The rover is great. It’s basically like a mobile space station and research lab in one, with tons of tools and equipment for hours and days of play. I’m a little disappointed that only one minifig is included, but you also get a green alien (which reminds me of the LEGO Mixels characters from years ago), and a robot. 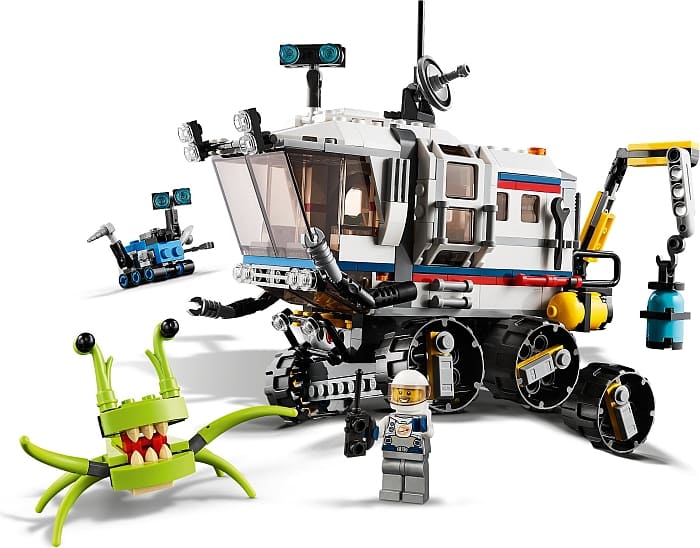 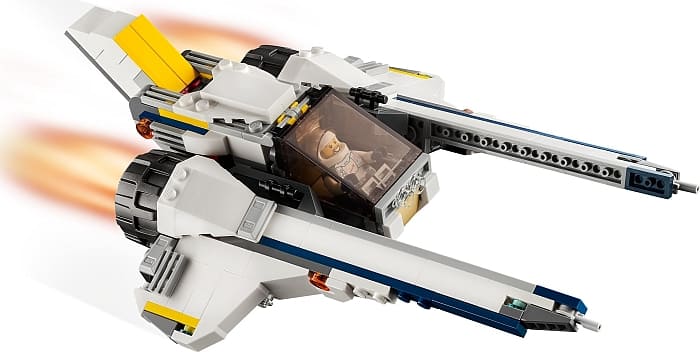 When you get tired of the rover, you can rebuild it into a stationary space base with a smaller (but still green) alien. This is structure also features space living and research equipment and fun play features. The third model with included instructions is a viper style space flyer. It doesn’t use as many pieces as the other two models, but looks cool and very swooshable. As you can see, that’s a lot of option for a 510-piece set that’s only $39.99. In the video below, JANGBRiCKS will show you all three different building options in more detail. Overall, this is a great set for space fans!

The #31108 LEGO Creator 3-in-1 Caravan Family Holiday set also has three alternate options. The main model is a retro car and caravan with kitchen, toilet, removable roof, and opening side. I really like the sunrise colors of the caravan, and it matches well the blue of the car. Great setup overall, and there are plenty of extra accessories, like the pine tree, picnic bench, camping stove, kayak, and more. Note though that both the car and caravan are 8-stud wide, so wider than most LEGO City vehicles. This set comes with three minifigs, so you get plenty of characters to play with. 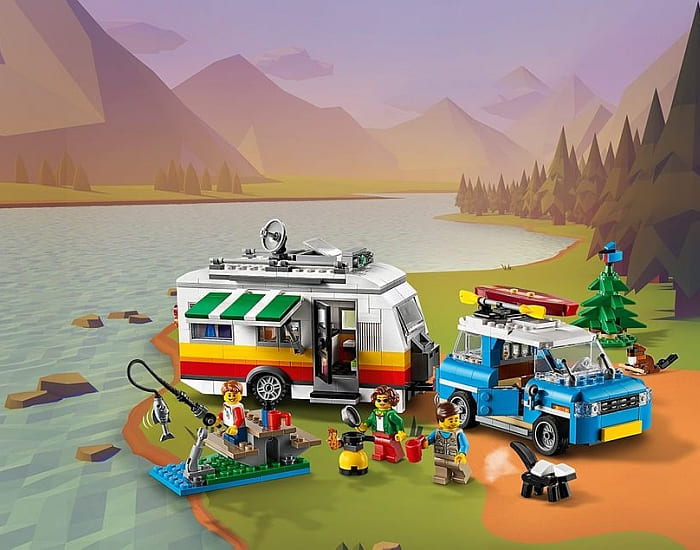 Instead of two separate vehicles for camping (car and caravan) in the second alternate model, you get a single large camper. This vehicle is also 8-stud wide, and features a full interior. The third alternate model is a completely different type of build; a lighthouse. This set is a bit larger with 766 pieces for $69.99, but I think it’s worth it. Cambers and trailers have been very popular with LEGO City fans, and both vehicle configurations look great. The lighthouse is nice too, and could be integrated into a larger layout. 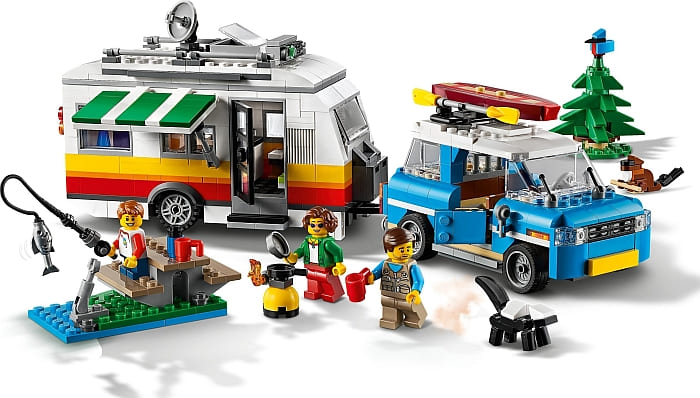 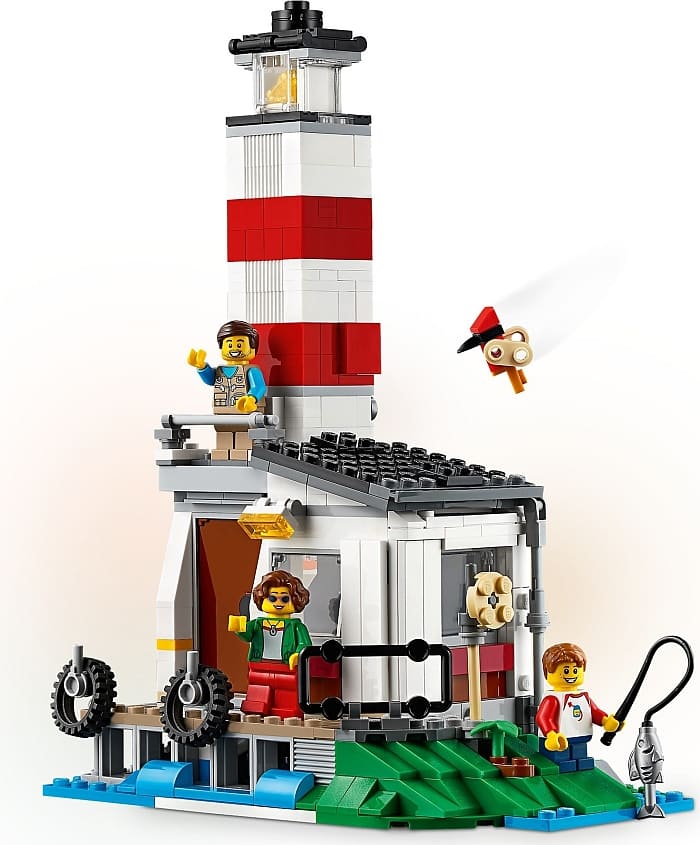 The #31109 LEGO Creator 3-in-1 Pirate Ship is the largest of the three new sets. It comes with 1,264 pieces and retails for $99.99. The main model is a very impressive pirate ship with a brick-built hull, brick-built sails, cannons, a cabin with opening roof and sides, and many other details. Characters include three pirate minifigs, a skeleton, a very cute brick-built shark, and brick-built parrot. 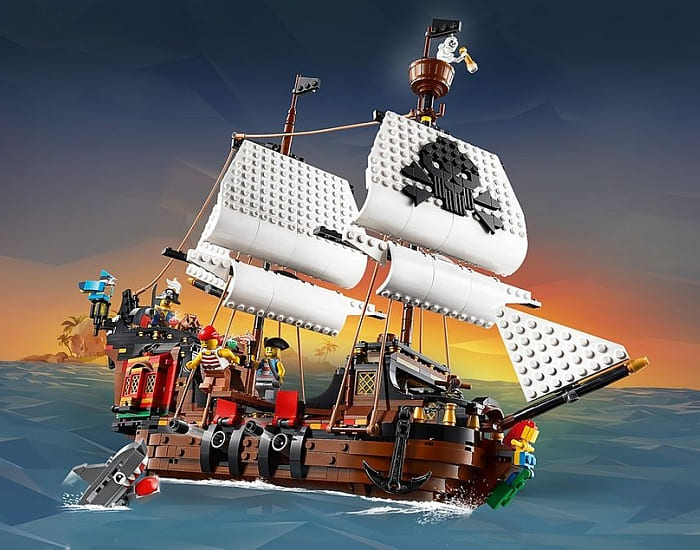 Many people consider this set the budget version of the #21322 LEGO Ideas Pirates of Barracuda Bay. The two ships are actually compatible in terms of intricate detailing, even though the Creator Pirate Ship is considerably smaller. The two alternate builds are an also nicely detailed Pirates’ Inn and a creepy Skull Island. 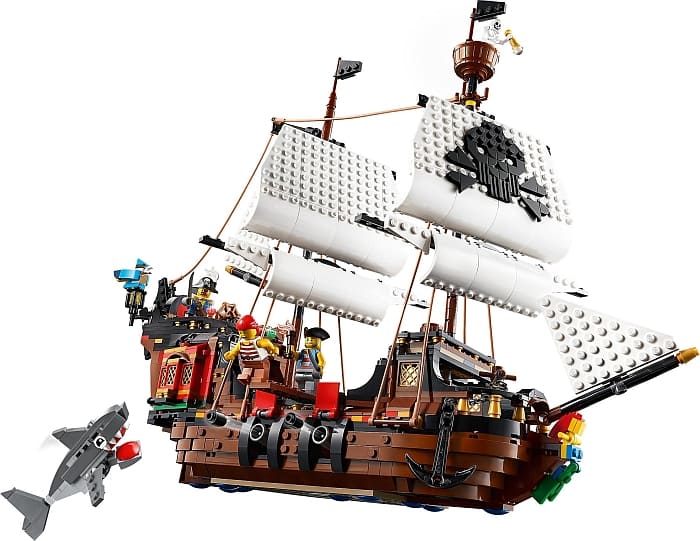 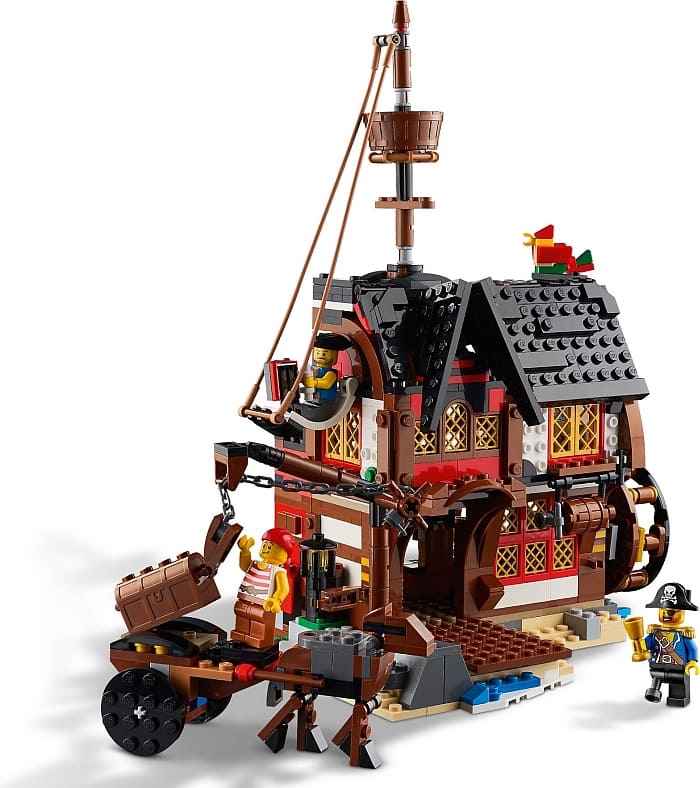 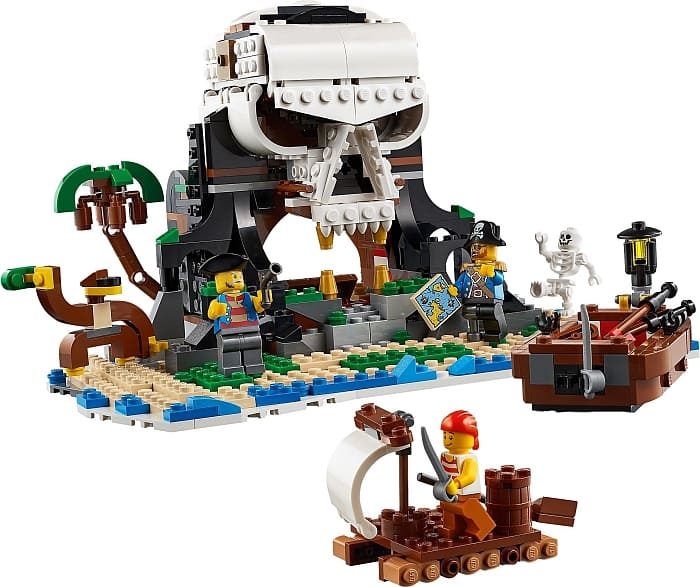 In the video-player below, I have included three separate reviews by JANGBRiCKS on the three alternate models of the set. In the last video where he talks about the pirate ship version, he also compares the Creator pirate ship to the Ideas pirate ship, so you can take a good look of the two ships next to each other.

What do you think? Do you have any of the new LEGO Creator 3-in-1 sets? Which one is your favorite? Which one would you recommend the most? Feel free to share your own thoughts and reviews in the comment section below!