Just a quick reminder that the recently announced #76161 LEGO DC Batman 1989 Batwing is now available for LEGO VIP members (general release will begin on November 1st). Due to high demand and COVID-related shortages (the LEGO factory in Mexico is still closed), it is very likely that this set will go in and out of stock, so if you want it before Christmas, I would suggest you get it as soon as possible. To learn more about this awesome set, you can check out the press release here: LEGO DC Batman 1989 Batwing Coming! Below, I have included the official description and main stats for your convenience, and also the designer-video which was published a few days ago. Enjoy!

Here is the official description of the set: This is no kid’s toy. If you’re serious about Batman, comic book super heroes or making cool models, the #76161 LEGO DC Batman 1989 Batwing is for you! Recreate the authentic detail and gothic elegance of Batman’s iconic aircraft, the Batwing, with this LEGO brick build-and-display model. The impressive reproduction features realistic details, removable canopy, full interior, poseable flaps, and a new special brick that will allow you to mount and display your model on your wall. There’s also a stand, nameplate and three minifigures – Batman, The Joker, and a Lawrence the Boombox Goon – to create an impressive setting for your model. Measuring over 4” (11cm) high, 20” (52cm) long and 22” (58cm) wide, the LEGO DC Batman 1989 Batwing looks stunning on its stand and when attached to the wall. Escape the busy world for a moment and discover the joy of creative construction with adult LEGO building sets. Satisfying to build and stunning to display, adult LEGO kits make great birthday gifts, holiday presents, and personal treats for anyone interested in model making or comic culture. The set comes with 2,363 pieces. Price: $199.99 – BUY HERE 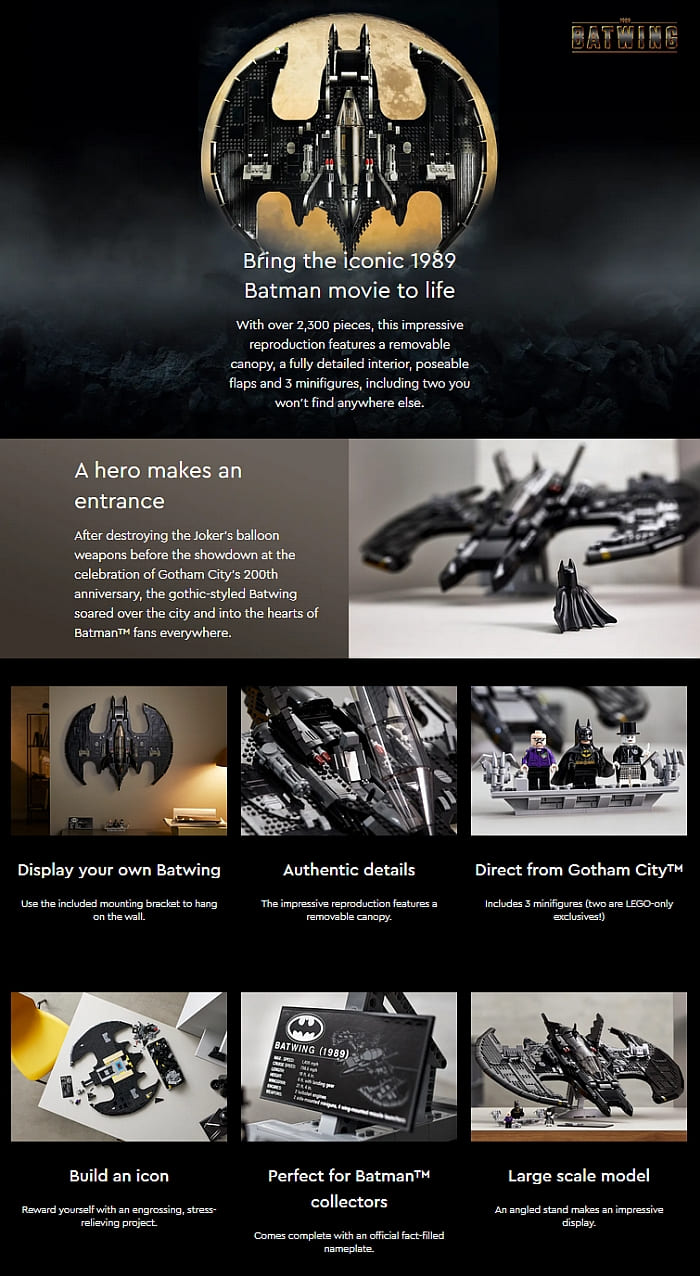 In the video below, join LEGO Designer Adam Grabowski as he discusses the design process of the set, including the surprisingly clever and engaging hanging feature, as well as Easter eggs like a pink heart and Batman logo hiding inside the construction, and more.

Really cool, isn’t it? It’s also worth noting from the designer-video that the Batwing was designed to match the size, aesthetics, and display features of the #76139 LEGO DC Batman 1989 Batmobile that was released last year and is still available. You can find both sets at the LEGO Batman section of the Online LEGO Shop. 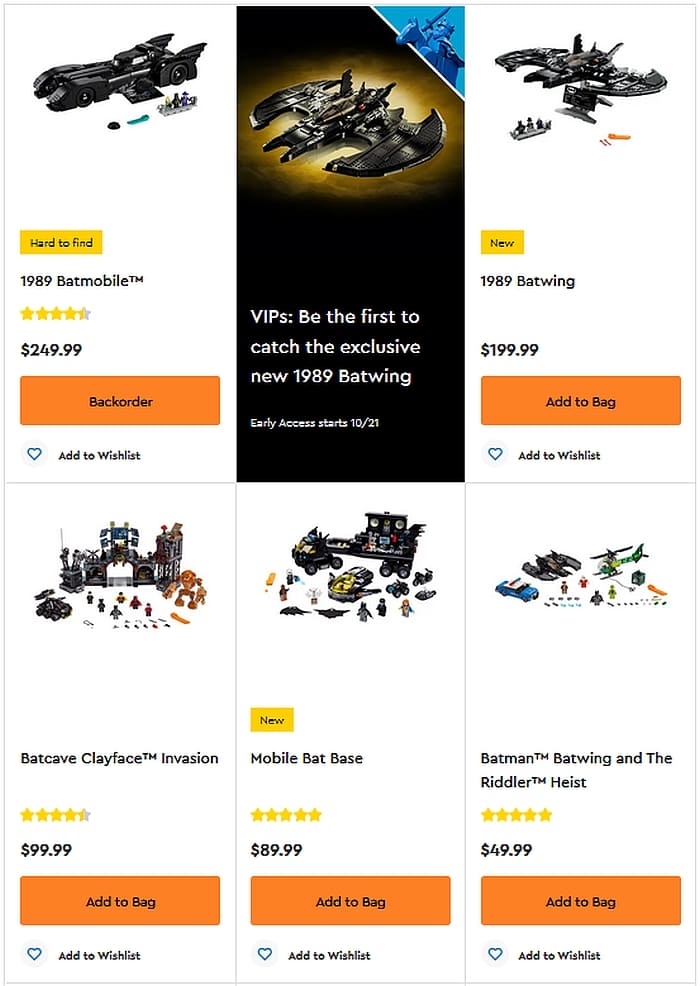 What do you think? Do you have the 1989 Batmobile? Are you planning to add the 1989 Batwing? How do you like the features of the set? Feel free to share your thoughts and discuss in the comment section below!