There has been an interesting update about the #76139 LEGO Batman 1989 Batmobile from the LEGO Ambassador Network. The set was originally released in 2019 with 3,306 pieces for the price of $249.99 and it’s still available at the LEGO Batman section of the Online LEGO Shop. 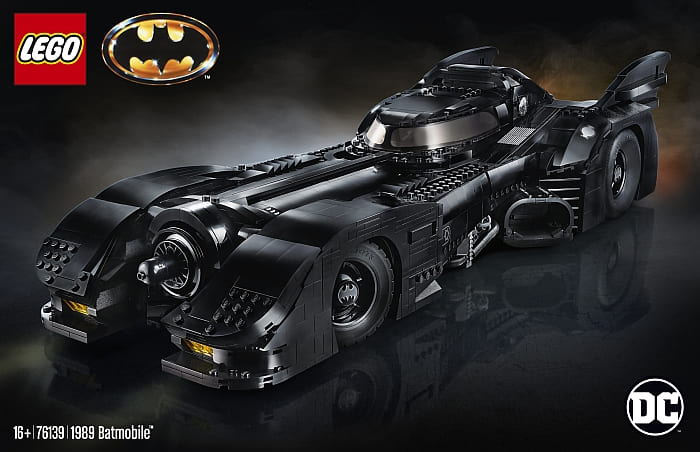 The Batmobile originally used a black 6×6 tile for its roof (item #10202 on BrickLink). Although this piece works perfectly for the roof, it has a matte finish that doesn’t match the shine of the other pieces that well. So, when the 2×6 tile became available (first released with the #71374 LEGO Nintendo Entertainment System and the #12324 LEGO Ideas Sesame Street set), LEGO decided to also update the #76139 LEGO Batman 1989 Batmobile and replace the 6×6 tile with three 2×6 tiles (item #69729 on BrickLink). These pieces have a glossy finish, so they are more consistent with the rest of the Batmobile.

If you purchase the #76139 LEGO Batman 1989 Batmobile now, you will get the set with the 2×6 tiles. If you purchased the Batmobile earlier, you can request the three 2×6 tiles via LEGO’s customer service or their online missing parts page. If you plan to go this route, it is recommended that you wait until February or March, when LEGO’s customer service gets a little breather after the holiday and New Year’s rush. 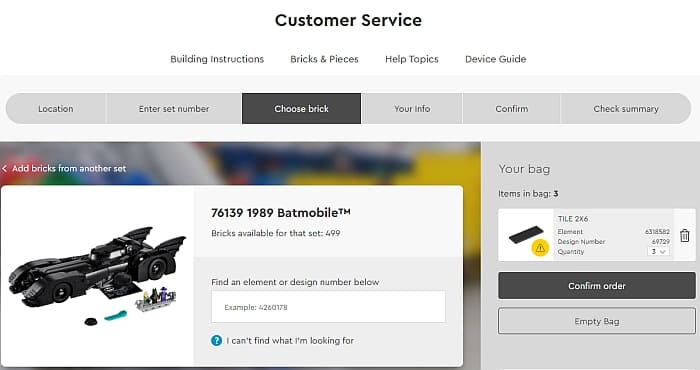 Please note that the downloadable online instructions page is also now updated with the new tiles. It’s always inspiring to see how much care and effort LEGO puts into their sets even after their release. The #76139 LEGO Batman 1989 Batmobile was awesome enough already and there were no real issues with it. And now it is even more awesome! If you want to learn more about the set, visit the links at the end of this post, and if you want to check it out, visit the LEGO Batman section of the Online LEGO Shop. 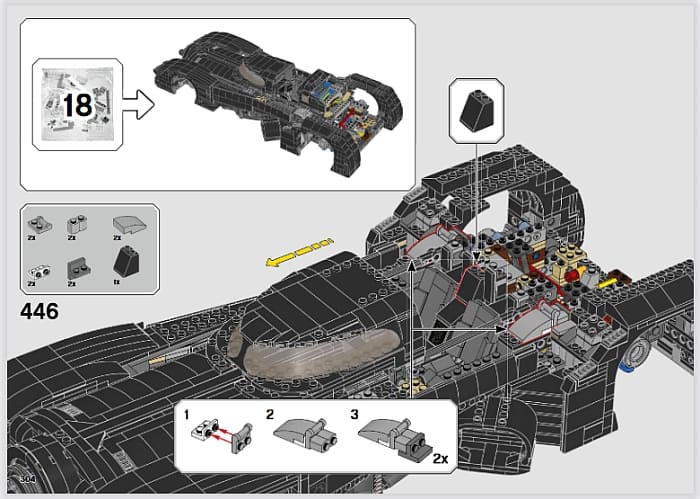 What do you think? How do you like this update to the Batmobile? Do you have the set already? How do you like it? And are you planning to update the roof section? Feel free to share your thoughts and discuss in the comment section below!