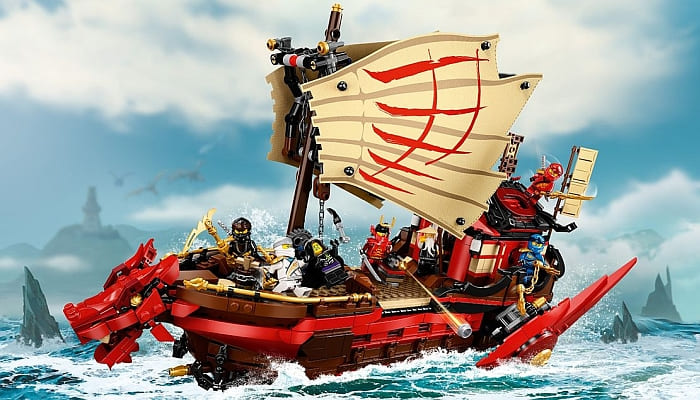 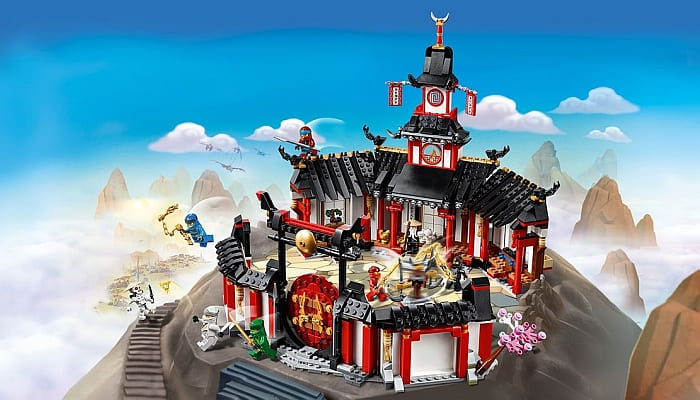 This year is the 10th anniversary of LEGO Ninjago, and as expected, we are getting even more LEGO Ninjago Legacy sets. Just in the month of January, we already got more sets than in previous years. The four new LEGO Ninjago Epic Battle sets are small, but they feature key components from the saga. Each of the sets feature one of the ninja, a member of one of the main opponents (Skulkins, Nindroids, Serpentine, and Ghosts), a small display, and a full array of unique weapons in translucent colors. These small sets are only $9.99 each and a great way to boost (or start out) your Ninjago collection. 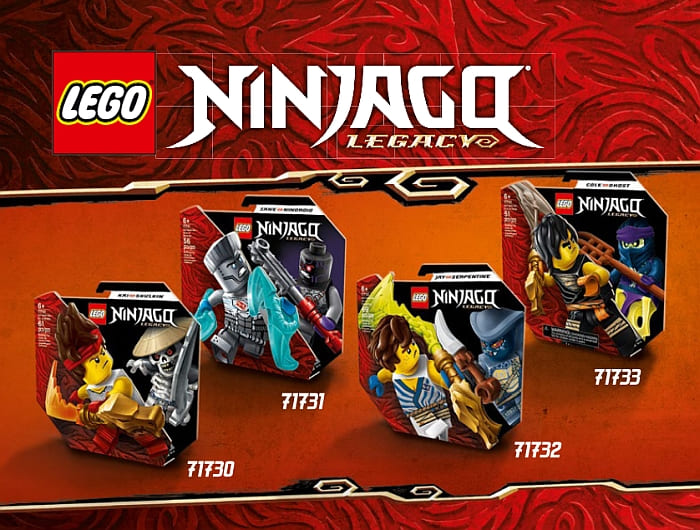 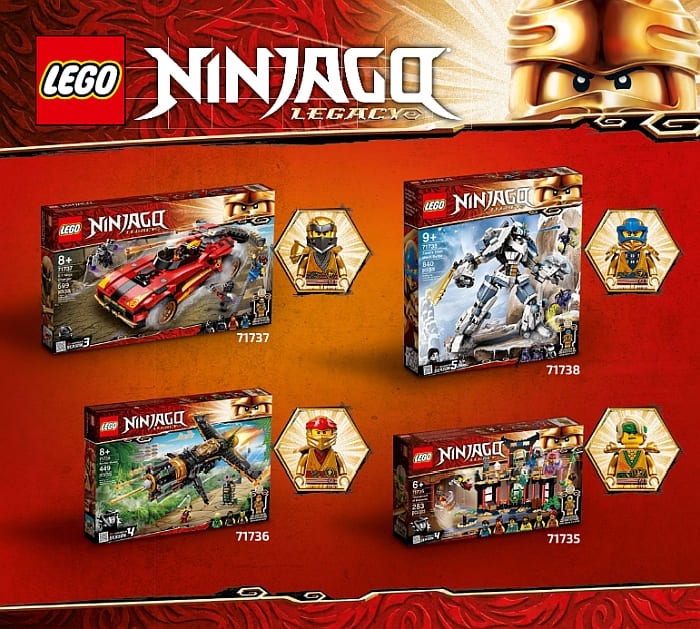 It’s really interesting to compare the remakes with the original sets and discover all the upgrades and changes. You may find that with some of the sets, you prefer the older version, while with others, you like the upgrade better. In the player below, I have included video reviews of the larger LEGO Ninjago Legacy sets by JANGBRiCKS. He will show you each of the sets in detail, and even compares them to the originals.

The largest of the new LEGO Ninjago Legacy sets (and also the largest 10th anniversary set) is the #71741 LEGO Ninjago City Gardens. We talked about this set before (see links at the end of this post), but to recap, it is a massive, 5,685-piece set that is meant to connect with the previously released #70620 LEGO Ninjago City (2017), and #70657 LEGO Ninjago City Docks (2018). The set comes with eighteen minifigs, including a special 10th anniversary golden Sensei Wu with the same small display stand as the other 10th anniversary ninja. (Note that up to this point, we got a golden 10th anniversary minifig version of all the main ninja except for Zane and Nya.) I’m planning to review this set in detail in the near future (it takes a long time to build it), and in the meantime, you can take a look at all of its details at the LEGO Ninjago section of the Online LEGO Shop. 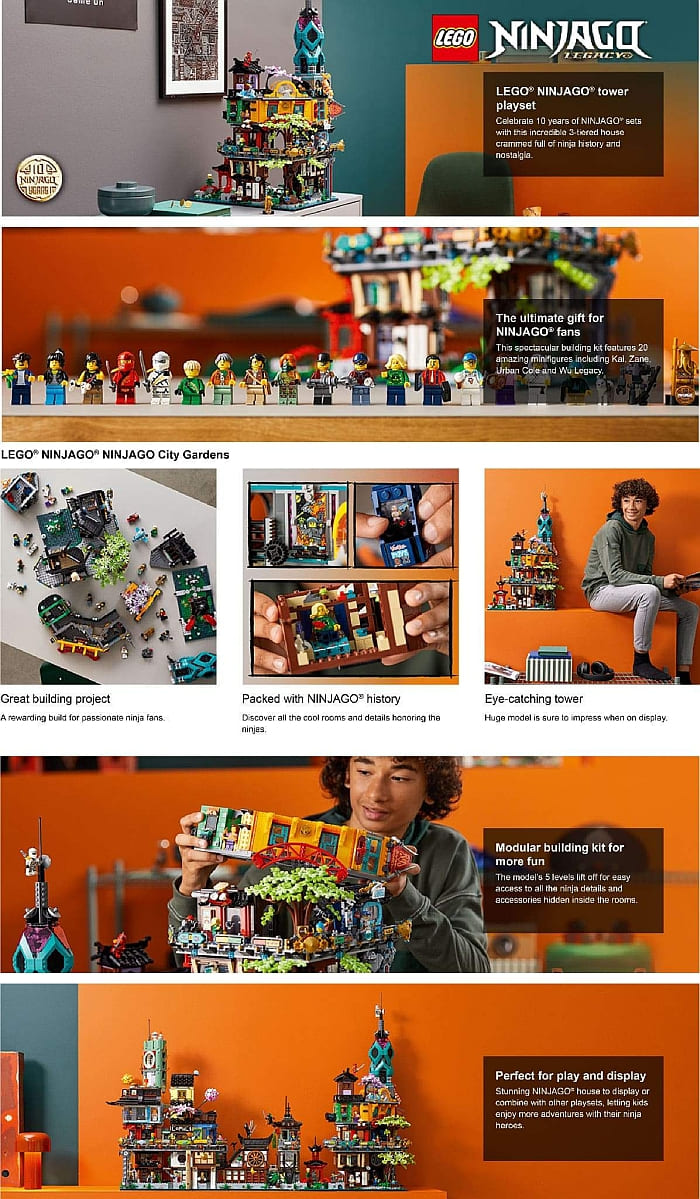 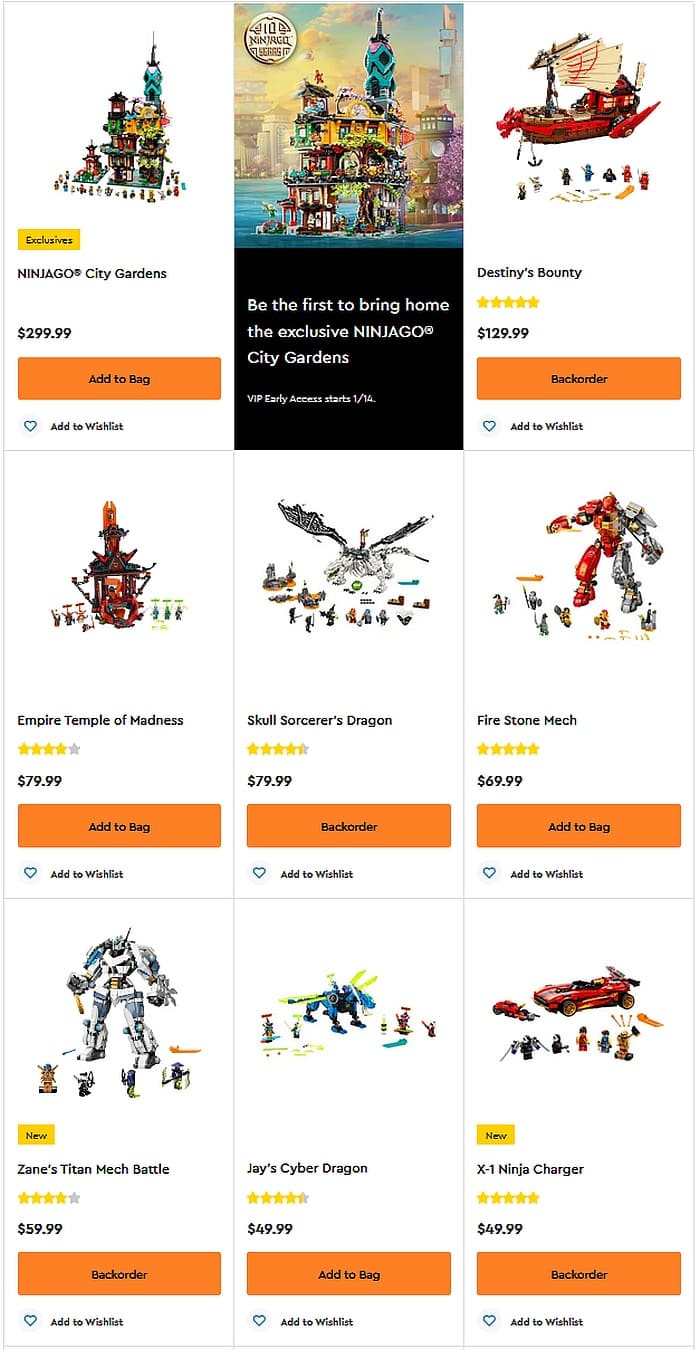