Back in April of last year, it was revealed that the LEGO Group and Universal Music Group are joining together to “expand children’s creative play through the power of music”. This exclusive global partnership will “encourage the world to be more playful with an innovative music initiative, combining passion for music with the iconic LEGO System in Play”. (You can read the original press release here: The LEGO Group Partners with Universal Music Group). We haven’t heard much about the collaboration since then, except that there will be a new theme related to the partnership called LEGO VIDIYO. 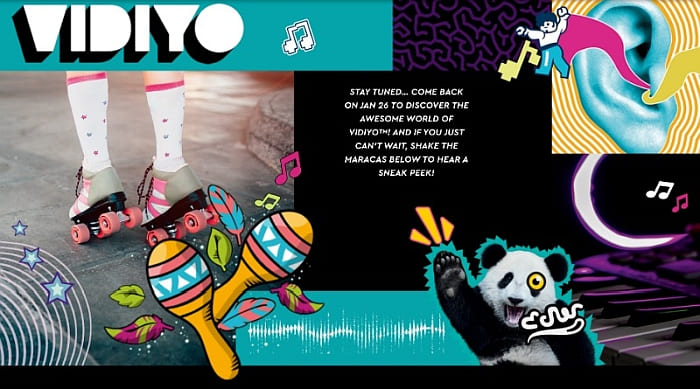 A few days ago, the teaser-page for LEGO VIDIYO appeared, announcing that more information will be revealed at the end of the month. Based on the graphics of both the teaser-page and another teaser image that appeared on LEGO’s social media pages of a llama shaking maracas seem to indicate that this will be a very colorful theme with some very interesting characters. From what we know so far, LEGO VIDIYO will mix real LEGO sets with augmented reality (similar to LEGO Hidden Side), and centered around creating music videos. 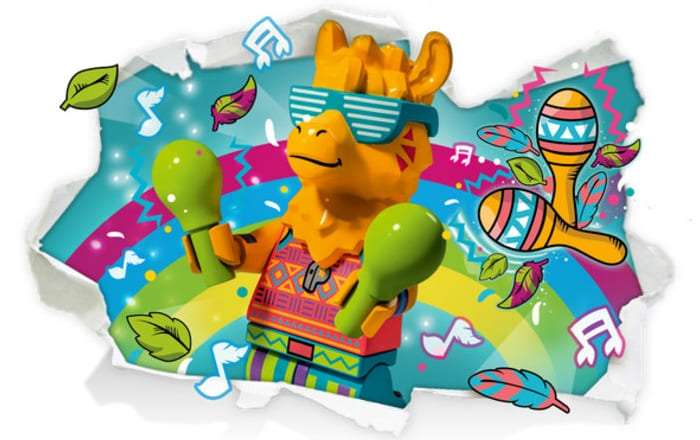 LEGO Hidden Side has been a popular theme, but unfortunately, the augmented reality features are limited only to a small selection of high-end smartphones with AR capabilities. Still, the sets are very well designed and can be enjoyed even without the AR features. Hopefully, LEGO VIDIYO will be something similar; good sets with the additional possibility of AR features. Another theme I thought of that seems similar to LEGO VIDIYO based on the graphics is LEGO Trolls World Tour. Anyhow, according to  the teaser-page, we should know soon!

What do you think? How do you like the idea of LEGO VIDIYO so far? What kind of sets would you like to see under this collaboration between the LEGO Group and the Universal Music Group? Feel free to share your thoughts and discuss in the comment section below!