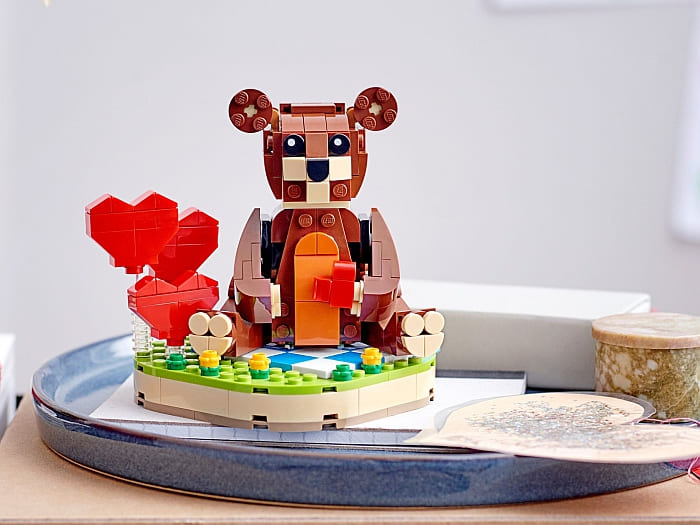 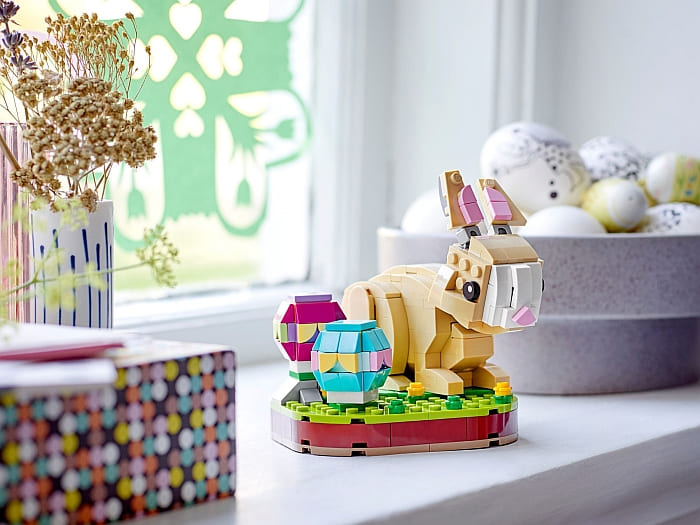 I should point out right away that neither of these sets are built on LEGO BrickHeadz standards, which is what LEGO has been using for pretty much all recent holiday sets. They are more like the brick-built animals LEGO used to release before LEGO BrickHeadz was a thing. The do have their own standards though. Most notably, both sets include a brick-built stand for the animals that’s hollow on the inside with hidden surprises. This is not just a delightful secret feature, but could also indicate that other holiday sets this year might also follow the same pattern. 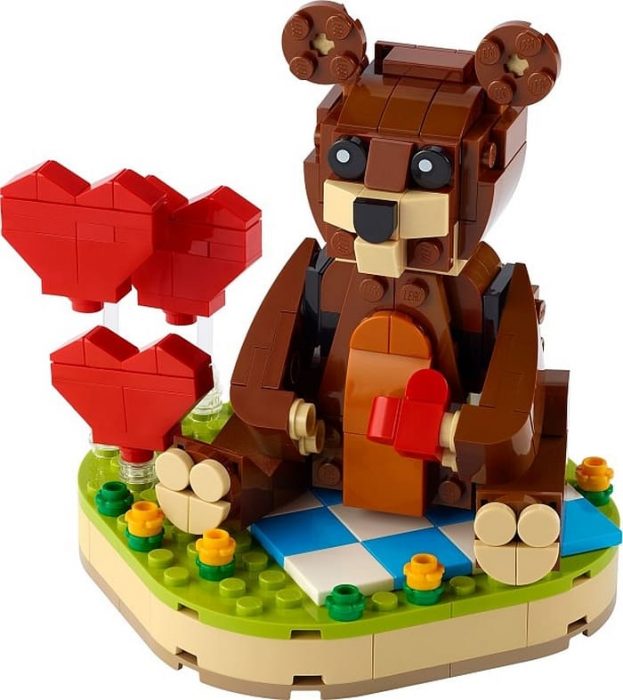 The #40462 LEGO Valentine’s Day Brown Bear set has a hidden brick-built ‘I Love You’ message on the inside, with enough extra space to add a small gift or even a ring! The lid of the hidden compartment is lime-green to suggest grass, with a picnic blanket for the bear and three brick-built hearts.

The bear is mostly brown with some dark-orange and tan details, legs that can spread out a bit, and arms that can move up and down (although they can’t stay in a pose as they are attached by small turntables). The bear holds a small heart, which is built incorrectly both on the front and back of the box as well as on all promotional pictures, however, they are correct in the instructions. 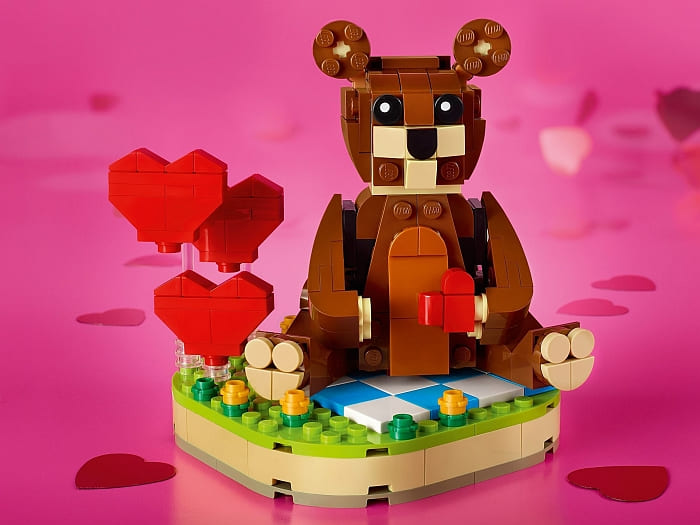 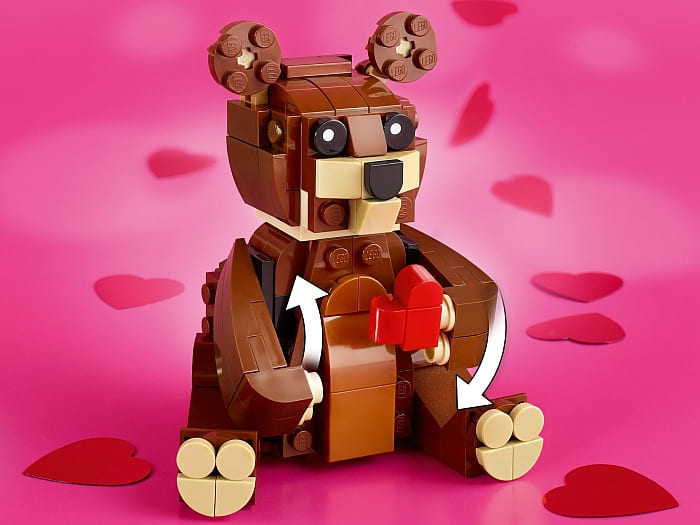 The bear looks kind of blocky and awkward from most angles, but it’s fairly cute from the side or from slightly above. I couldn’t think of any quick ways the shaping could be improved, but it’s still a fun build that could make a nice gift, especially if you utilize the hidden compartment with a nice surprise. If you would like to give it a try, the set is only $14.99 at the seasonal items section of the Online LEGO Shop. 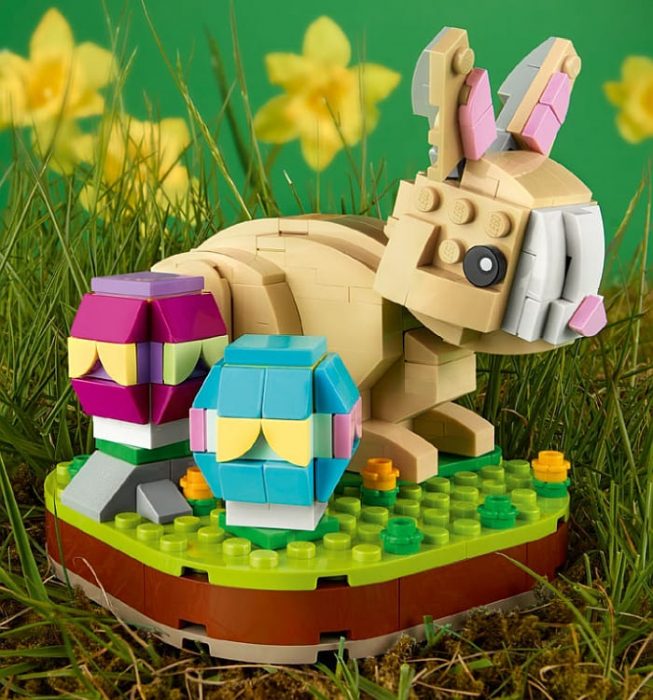 The #40463 LEGO Easter Bunny has much better shaping than the sad looking teddy bear in my opinion. She looks adorable from pretty much every angle, and could even be posed a bit with movable head, ears, and hind legs. The pink nose and ears, and the white cotton tale only add to the cuteness. And that’s not all. You also get two brick-built Easter eggs in nice colors, and remember that this also has a hidden compartment in the base (this time featuring a brick-built carrot).

I like this little set. It’s festive, cute, sturdy, and functional. It’s also a quick project with only 293 pieces. This means that even novice builders should be able to have fun with it (the recommended age for both sets is 8+). And the body of the bunny actually includes some fairly advanced building techniques. This set is also $14.99 and should be available soon at the seasonal items section of the Online LEGO Shop.

What do you think? How do you like the Valentine’s Day Brown Bear and the Easter Bunny? What’s your favorite style for holiday sets? Feel free to share your thoughts and discuss in the comment section below!