I absolutely love the larger holiday-themed LEGO sets. They are so detailed and pretty! Ever since the first LEGO Winter Village model was released back in 2009, I have been making sure to get every one of them. I even imported the first two Chinese New Year sets that weren’t available in North America, and also got the other ones released since then. One of the latest sets in the collection is the #80106 LEGO Chinese New Year Story of Nian, which we will be discussing today. 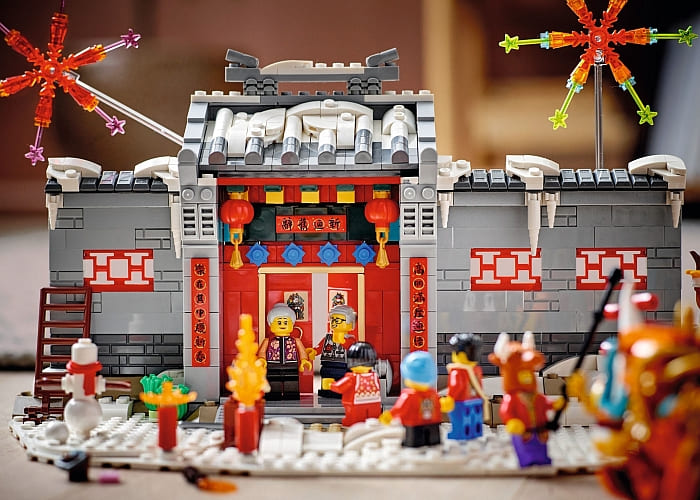 The Chinese New Year sets are particularly unique as they aren’t only recreating a holiday, but also representing a culture Westerners may be less familiar with. Accurately and recognizably portraying a culture could be considered a building technique in itself, something that can be a monumentally hard subject to address and implement. So, let’s take a look at the techniques LEGO designers employed in this set to bring a colorful cultural event to life.

LEGO STORY OF NIAN – THE TALE

In the instruction booklet for the #80106 LEGO Chinese New Year Story of Nian, there is a four-panel comic to briefly tell the story of Nian. Let’s just say, I had no idea what the story was about, much less knew who Nian was, so I had to look it up myself. Since I feel that knowing the background of this set is important, I will narrate the story for you. 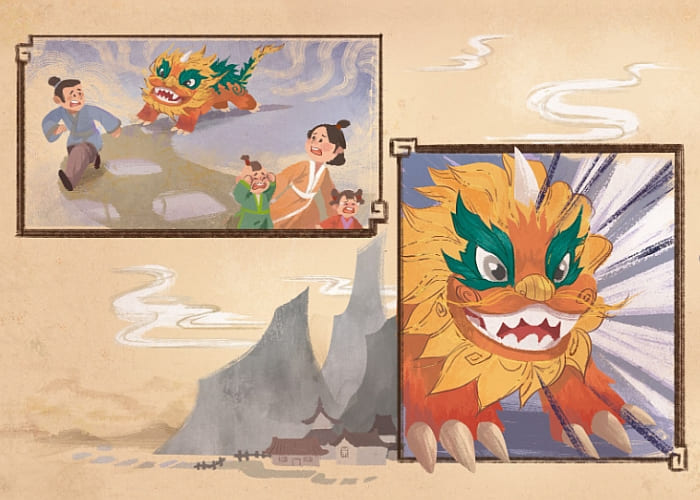 A long time ago, there was a ferocious beast with a lion’s mane and a single wicked horn. Most of the year, this creature would live in the sea, but each new year it would return to land, causing much destruction. In order to avoid the beast, the people would hide in the mountains and only returned to their ruined homes when the monster was done.

Then one year, an old beggar came to the village. He asked the old woman who had the house in the eastern part of town if he could stay the night. She explained that it would be safer if he fled with the rest of the town to the mountains for Nian would arrive soon. To her surprise, the old beggar offered to deal with the beast if she just let him stay in her house. Not wanting to argue or stay any longer, she agreed and left the old man in her home.

Later that night, Nian arrived and found something curious. Normally, the town was left in complete darkness, as the people did not want to attract his notice. However, the house in the east was glowing with light. Creeping closer, Nian found an unusual sight. The house had red paper over the windows and many candles lit it from within. The harsh red light unnerved the beast, but still he moved closer. A sharp crack rang from the courtyard of the house. The loud sudden noise was terrifying to Nian, but he stayed. He had no idea it was the old beggar cracking bamboo sticks together. Then as the beast was nearly to the door, the old beggar burst from the house clad in red robes booming with laughter. Nian’s nerves broke and he fled.

When the villagers returned, they were surprised to find their homes intact. For her part, the old woman remembered the promise of the beggar and told the people of what she found at her house. This was the secret to rid themselves of Nian. The news spread and every year the people decorated with red lanterns and set off fireworks in celebration of the old beggar’s victory over the beast known as Nian. 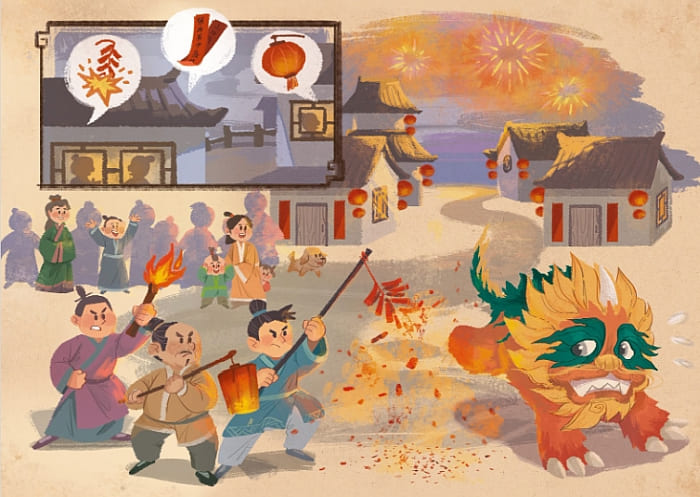 With this context, we can more easily pick out what is relevant to the celebration. The fireworks, of course, are something we can all recognize. However, the lanterns and all the red parts in the set play a much more significant role in the tale.

As far as tales go, this is a simple one. However, it features some key details that could come in handy if you are building your own creation. For instance, ignoring red would have been a disservice to the model if it were missing.

Now I know things we build can’t have everything recreated in exact detail, but familiarizing yourself with the elements you wish to create helps greatly in some of the choices you make when building. Building from a picture is skillful, but building from a story is masterful.

Many LEGO creations (both official sets and custom models) attempt to capture a specific event in time. As with all building techniques, there are ways to capture this type of expression. Much of it has to do with imagining that your model is a picture and, if someone pressed the play button, they could clearly see how things would play out. 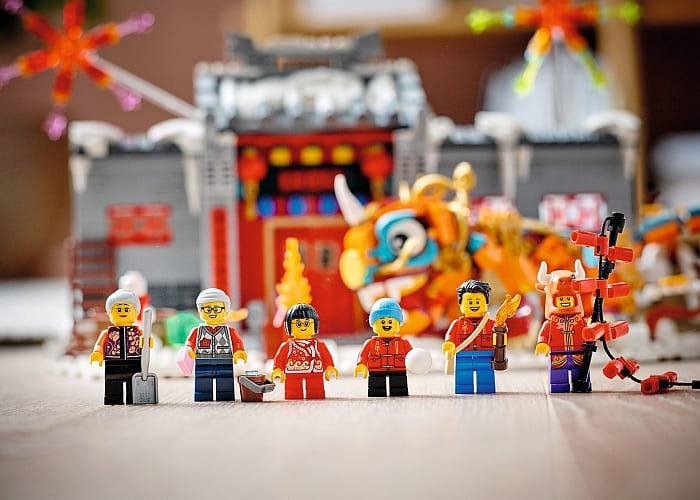 Typically, LEGO prefers to build action elements into official sets instead of capturing a specific moment. This is often because LEGO wants their sets to be interactive and engaging for kids. Catapult-type builds that launch figures, walls, etc. are particularly common. Capturing a moment is mostly about having a display piece, which is more suitable for adult builders. 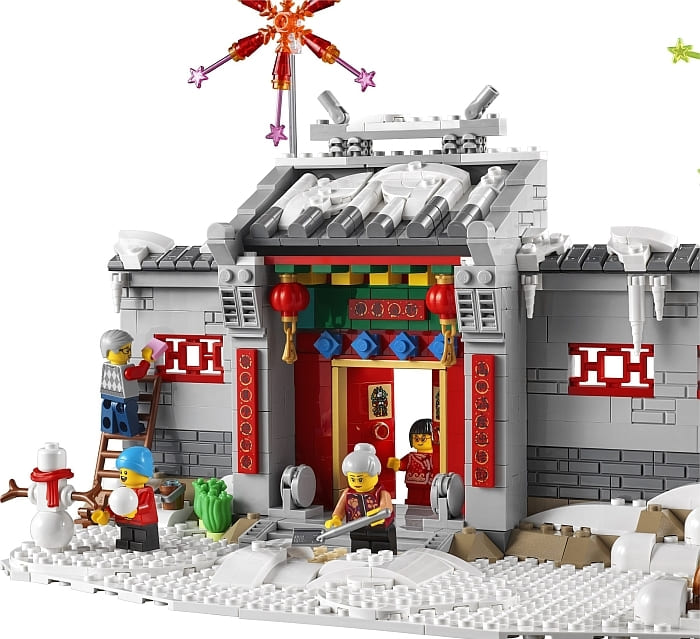 So, how do we capture a moment with LEGO? Is there a secret to it? There is actually no secret. In fact, many of us do the most basic form of it when we pose our minifigures. Having them look as though they are in mid-stroll or reaching up to fix something are simple examples. (Ideally, you want to find a position that appears as if a motion is being interrupted.) 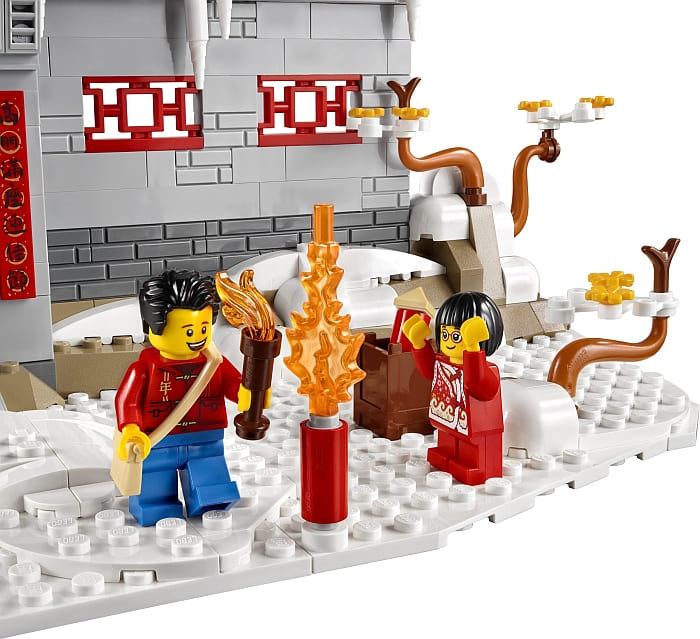 A more advanced form of this is to build something that will only exist in a single moment of time. A great example is the fireworks in this set. Having them in mid-explosion is a frozen moment that is normally very unique. LEGO designers even placed a number of hollow studs on the back of the wall that can hold the large mid-air fireworks. This allows you to reposition each blast at different heights and angles thus allowing you to simulate unique explosions. 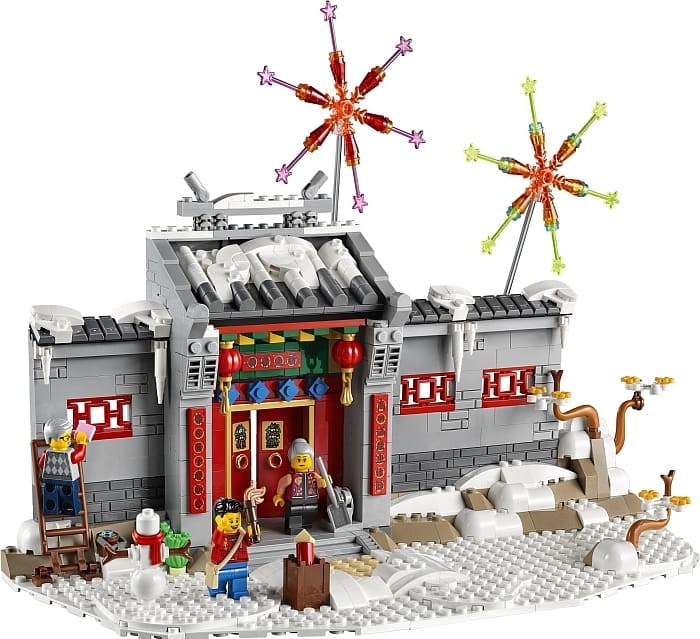 Another way to capture a moment is to utilize certain landscape elements. Water, snow, and sand are perfect bits of scenery for this. What you want is to make everything feel in transition. This is similar to posing a minifigure, but this is accomplished by utilizing various angles and slope types. Wedge plates at the base give the illusion of landscape elements spreading out. The differing heights and angles of the slopes feel unfinished. However, they aren’t unfinished in the way a model might not be done, but rather as if, at any moment, something could topple over and change the look.

Here’s a simple trick on how to really focus on getting this building style across to those viewing your model. First, find something around you that you want to recreate out of LEGO bricks. Take a picture of it. Wait a moment, and then take another picture. Now compare the two. See if anything is different. If nothing changed, then you most likely don’t need to worry about this technique in your model since your subject is naturally stationary. However if on the second picture people are in different locations, kites are in different places in the sky, some things changed color – these are the features to focus on.

If you do it right, you will have a model that is more vibrant and more filled with life and personality. It is this underlying feeling that will help make your creation much more memorable.

I absolutely love holiday sets like the #80106 LEGO Chinese New Year Story of Nian. The LEGO Winter Village and LEGO Chinese New Year’s sets are always a must buy for me. LEGO designers put so much effort into how they present the subject of these sets. There is a story and presence about these sets that draws me in and consequently lets me enjoy the models more. 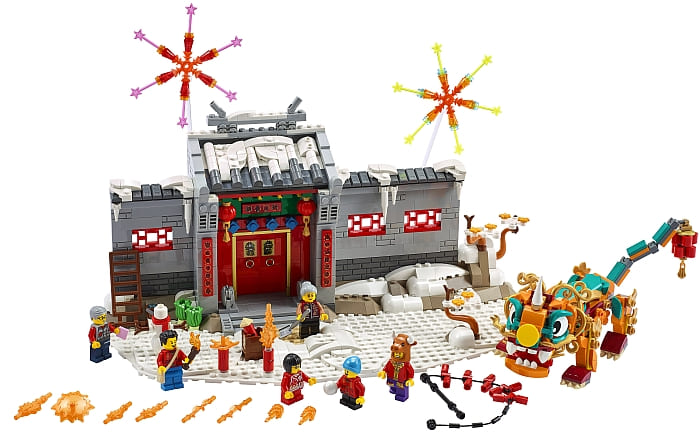 Stories and attention to details brings context to a piece that can turn a good builder into a great builder. Studying and understanding the subject through a moment in time it is in or the message it is trying to get across allows us to get much more out of our LEGO bricks.

The subjects we talked about here are areas in which you can greatly improve yourself as a builder by paying more attention to the details and getting into the right mindset. Thinking back on the first season of the LEGO Masters TV show that aired in the U.S., the judges often talked about telling a strong story through LEGO models. Telling a story and capturing a moment are just a couple of ways this can be achieved. With regular practice of these techniques, we can all become skillful LEGO Master Builders! 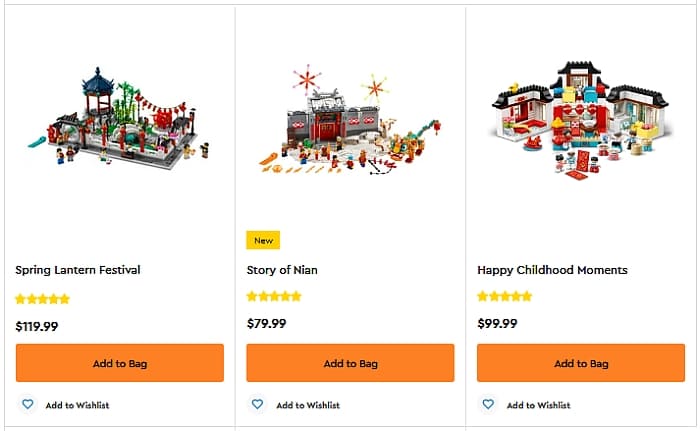 What do you think? How do you like the LEGO Chinese New Year and other holiday sets? Did you notice any other story telling techniques used in them? Feel free to share your thoughts and discuss in the comment section below!