I mentioned in previous years how much I enjoy the LEGO Technic Pull-Back Racers collection. LEGO started the series back in 2013 with two racers, and since then, they have been adding two new racers each year (the exception is 2020, when three new racers were added). Each of the racers has a built-in pull-back motor, which allows the user to wind them up and release them. The racers run fast, they are very sturdy, and fun to play with. Earlier racers could be combined to build an alternate model, while starting last year, each set now has its own alternate model. 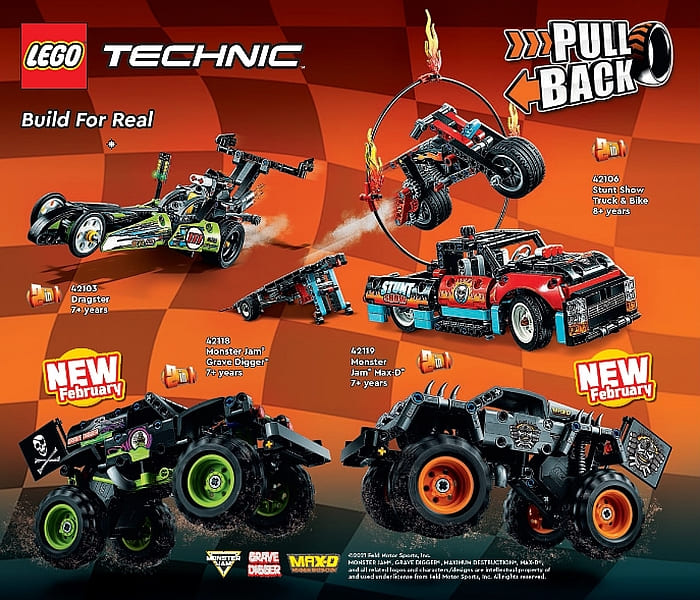 A few years ago, I started worrying about the series as the models were getting smaller and less complex, but last year, it picked up again with three excellent sets; the #42103 LEGO Technic Dragster, the #42104 LEGO Technic Race Truck, and the #42106 LEGO Technic Stunt Show Truck & Bike.

In 2021, two new sets were added to the collection; the #42118 LEGO Technic Monster Jam Grave Digger, and the #42119 LEGO Technic Monster Jam Max-D. This is the first time any of the sets in the series are licensed. Honestly, I don’t know what’s the point of this, as the series did just fine without attaching it to a particular brand. However, the prices remained the same and the branded stickers are nice, so I don’t really feel the need to complain. 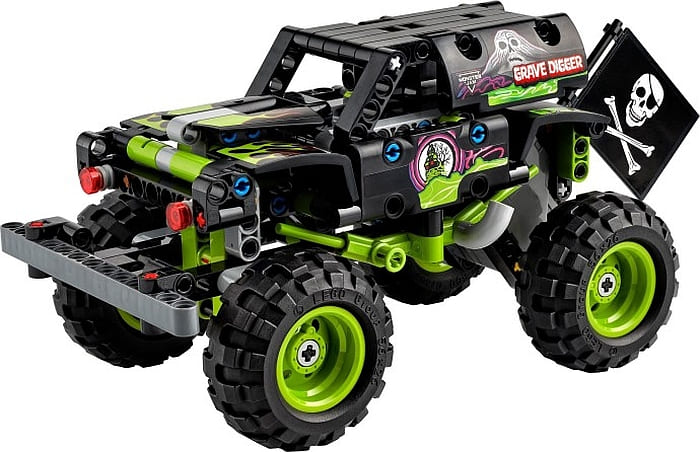 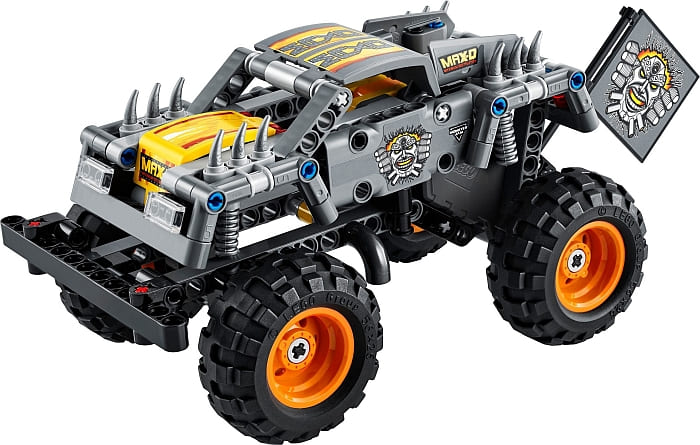 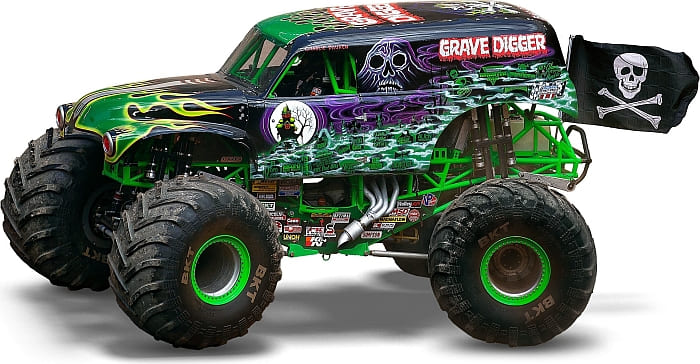 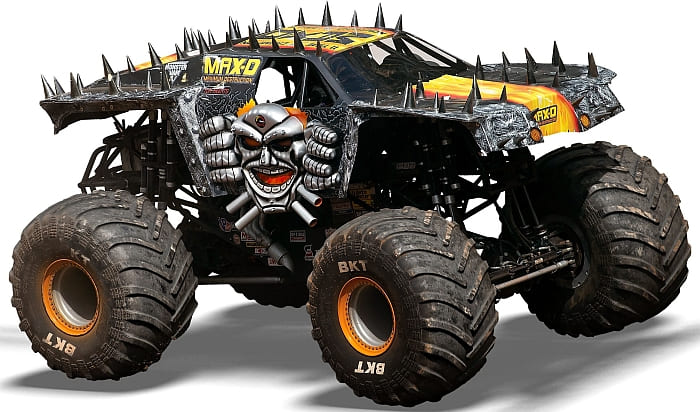 Below are a couple of pictures of the sticker sheets that come with the sets. As you can see, they are nicely detailed with vibrant colors. 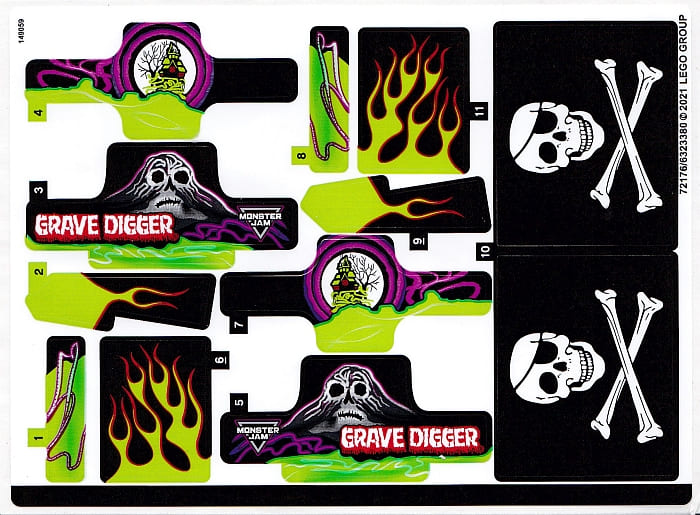 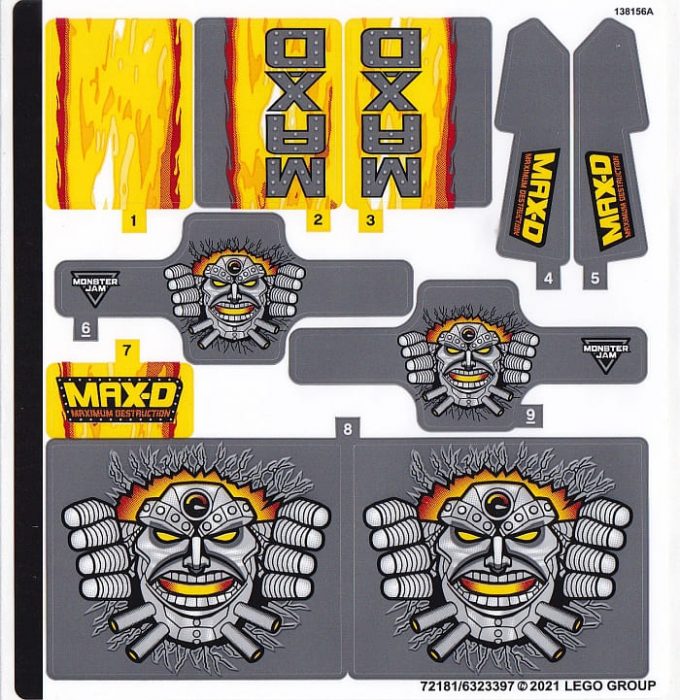 As far as the size of the new vehicles, it’s back to the older, larger format with attractive shapes and big chunky tires. The clearance under the vehicles is about an inch, so they can easily run and jump over obstacles. As usual, the pull-back mechanism works flawlessly, and the vehicles can run pretty fast, especially on smooth surfaces.

One thing I was a little disappointed about is that neither vehicle has any other function. Some of the previous cars had opening doors and hoods, or some other additional play-feature came with the set. The two Monster Jam sets have no additional play-features or add-ons. They do, however come with alternate building instructions, which you can access online. The #42118 LEGO Technic Monster Jam Grave Digger can be re built into an Off Road Buggy, and the #42119 LEGO Technic Monster Jam Max-D can be rebuilt into a Quad Bike. Both alternate models look okay, but I don’t think they are as nice as the original configurations. 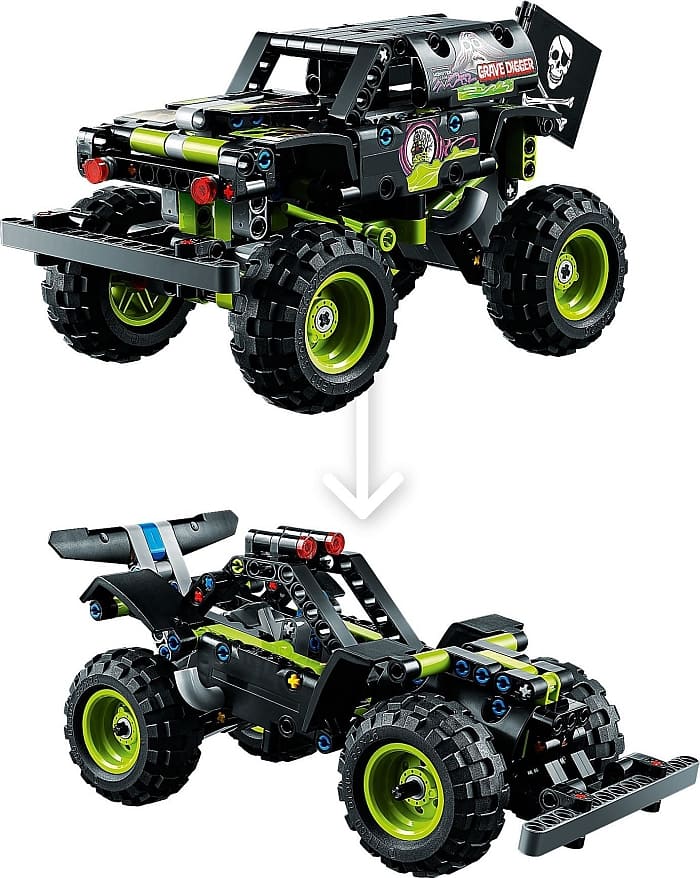 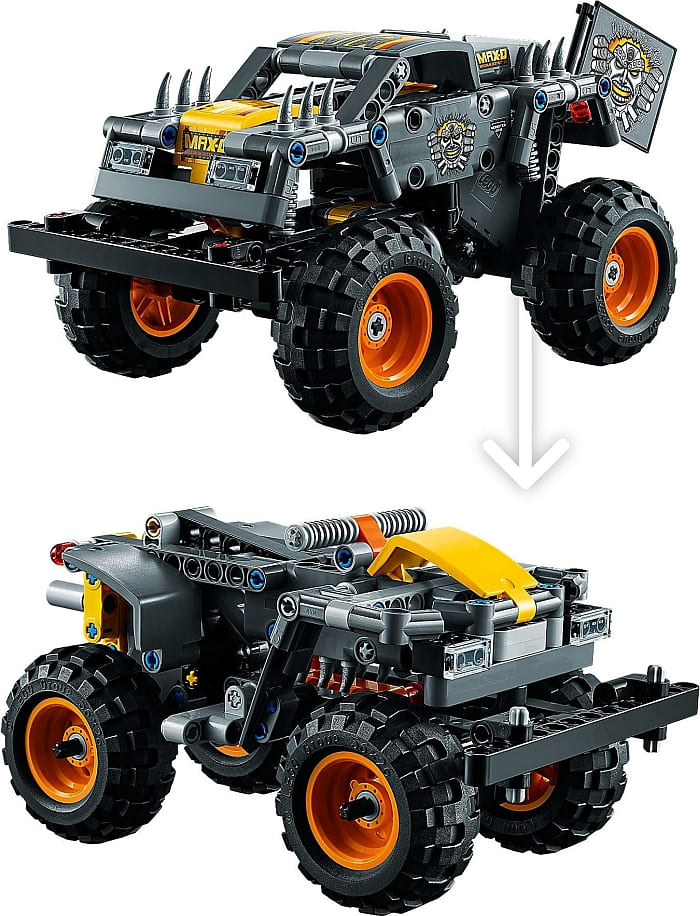 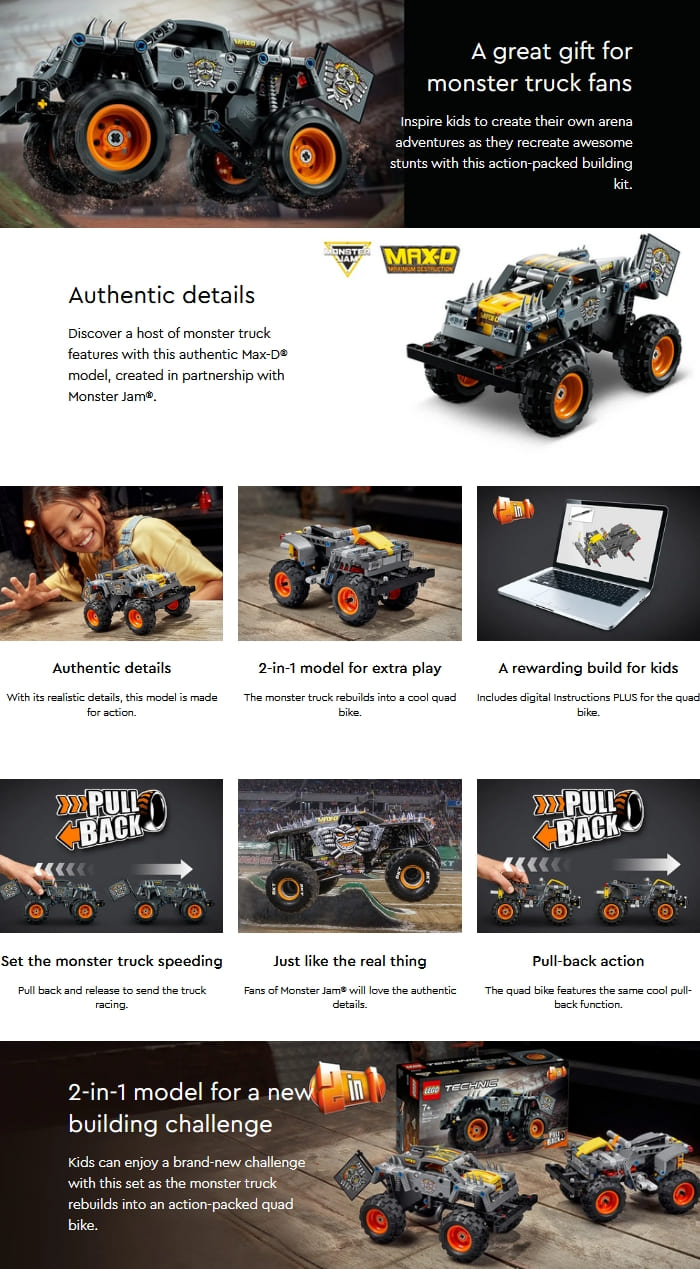 Overall, I’m satisfied with both sets. They may not be as exciting as the ones from last year, but they fit well with some of the best sets in the collection. They look good on display, the construction is sturdy, and they are fun to play with. Below, I’m including JANGBRiCK’s reviews, so you can also hear another opinion.

If you want to check out the LEGO Technic Pull-Back Racers collection, the sets from last year we talked about above are still available along with the two new sets. You can find them all at the LEGO Technic section of the Online LEGO Shop. 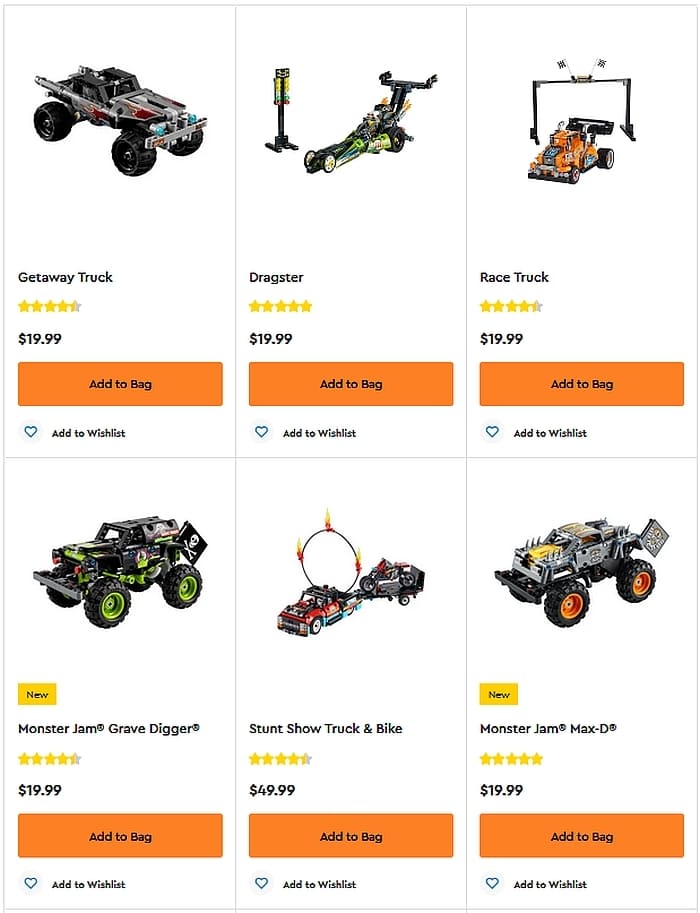 What do you think? How do you like the LEGO Technic Pull-Back Racers from this year? Do you collect the series? Do you play with them? Which is your favorite? Feel free to share and discuss in the comment section below!