An interesting set that emerged a few days ago is the #40502 LEGO House Brick Moulding Machine. This is the newest product in the limited edition series of LEGO House exclusives only available in Billund, Denmark. Below are the details. 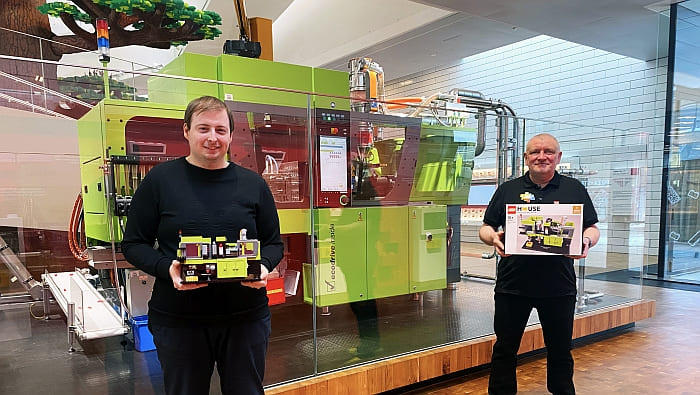 The LEGO House team believes that having exclusive sets available for those who visit the attraction adds significantly to this pinnacle LEGO experience. Thus, exclusive sets have been offered ever since the opening of the LEGO House.

Then, in 2020, the LEGO House team expanded the collection to include sets that reference the LEGO Group’s history. The first in this series was the #40501 LEGO Wooden Duck. And the second is the newly announced #40502 LEGO House Brick Moulding Machine. 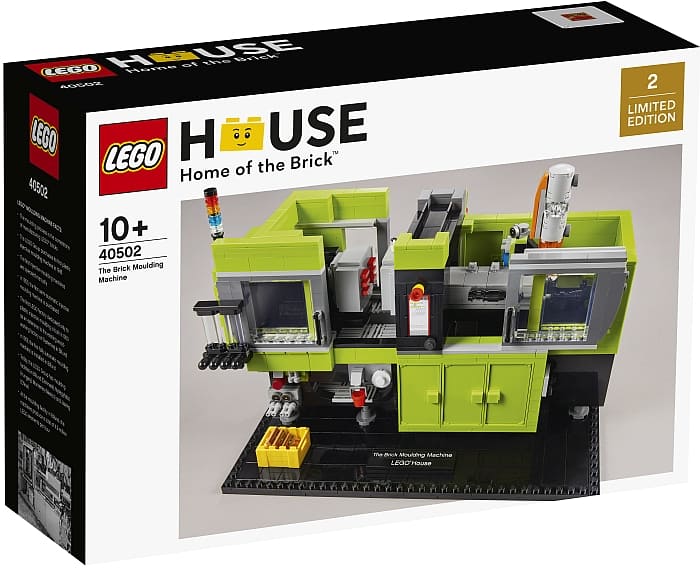 The LEGO Brick Moulding Machine is representing an era in the history of the LEGO Group going from producing toys in wood into plastic. It is the story about putting all efforts into one focus and leaving your core competencies behind to explore the new possibilities and technologies in producing toys with plastic materials.

The first machine arrived in Billund in 1947, and it took up to four people to manually operate one single machine efficiently. Today the LEGO Group has around 1,000 moulding machines operating all over the world and one LEGO employee can operate 32 machines. The Billund facility alone produces 1,360 LEGO elements each second from these machines. 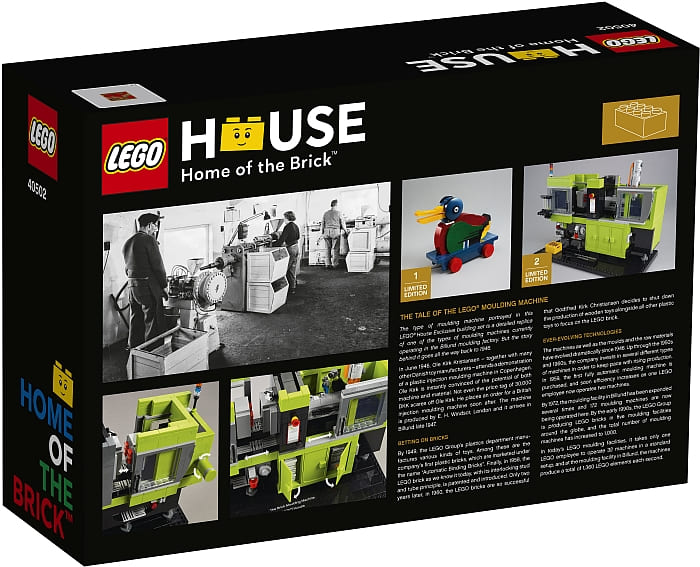 In the LEGO House, guests can experience a real-life moulding machine up close. The green machine is identical to the moulding machines found at the LEGO production sites in Denmark, Hungary, Mexico, and China. The difference, however, is that it has a special custom-made mould designed to only contain six bricks. Standard moulds produce many more bricks. Below are some fun facts about the history of LEGO moulding machines.

And here are some facts about the new limited edition the #40502 LEGO House Brick Moulding Machine set. 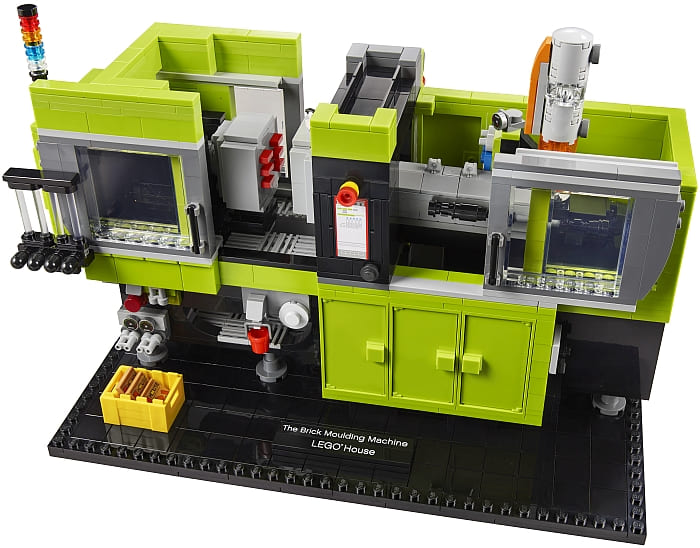 What do you think? How do you like the LEGO Brick Moulding Machine? Is this a set you would like to get? Do you own any of the other LEGO House exclusives? Which one is your favorite so far? Feel free to share your thoughts and discuss in the comment section below!

Next post: LEGO is Moving Away from Black Instruction Books