Two interesting new sets that are already available and we haven’t discussed yet are related to the upcoming Marvel film Shang-Chi and the Legend of the Ten Rings. The film is based on the Marvel Comics character Shang-Chi, and it is intended to be the 25th film in the Marvel Cinematic Universe. It is scheduled for release in September of this year. 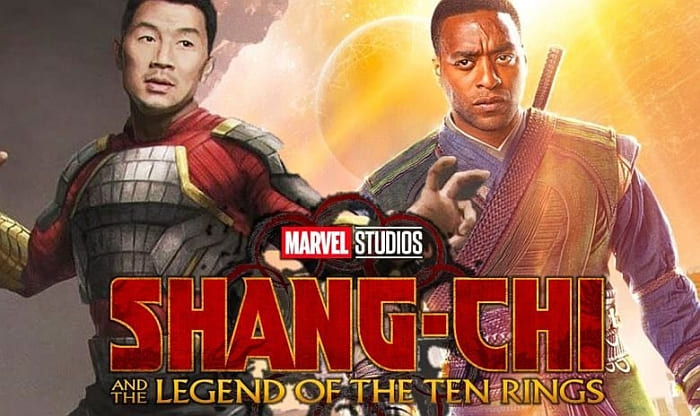 The film is directed by Destin Daniel Cretton from a screenplay he wrote with David Callaham and Andrew Lanham, and stars Simu Liu as Shang-Chi alongside Awkwafina, Tony Leung, Michelle Yeoh, Fala Chen, Meng’er Zhang, Florian Munteanu, and Ronny Chieng. In the film, Shang-Chi is forced to confront his past after he is drawn into the Ten Rings organization. The trailer below gives you an idea of what to expect.

One of the related LEGO sets available already is the #76176 LEGO Marvel Super Heroes Sang-Chi Escape from The Ten Rings. The set comes with 321 pieces and features Shang-Chi, Katy, Wenwu (leader of the Ten Rings), and Razor Fist (Wenwu’s henchman), along with an SUV, two motorcycles, two shooter turrets, and a figure of Morris, a six-legged and four-winged mythical bird with no eyes or facial features who fights alongside Katy. The price of this set is $29.99, and it is already available at the LEGO Marvel Super Heroes section of the Online LEGO Shop.

The other new set related to the film is the #76177 LEGO Marvel Super Heroes Sang-Chi Battle at the Ancient Village. This set comes with 400 pieces and features a spectacular brick-built highly articulated dragon, Shang-Chi, Xialing, Wenwu, Death Dealer, and Morris, the same six-legged and four-winged mythical bird as in the other set. The dragon measures over 8 in. (22 cm) high, 11 in. (28 cm) long, and 4 in. (12 cm) wide – a pretty good size for play. There are also some nice splashy water elements we have seen before but always great to get. The price of this set is $39.99 and it is already available at the LEGO Marvel Super Heroes section of the Online LEGO Shop. 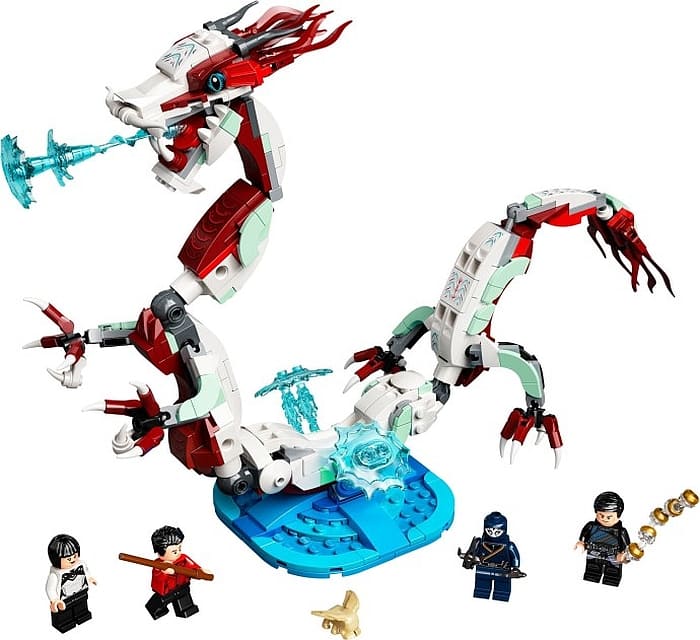 According to the Brickset database, there is a smaller version of the dragon in the #30454 LEGO Marvel Super Heroes Sang-Chie and the Great Protector polybag set. This is probably going to be a freebie, or perhaps a store/website/retailer exclusive. 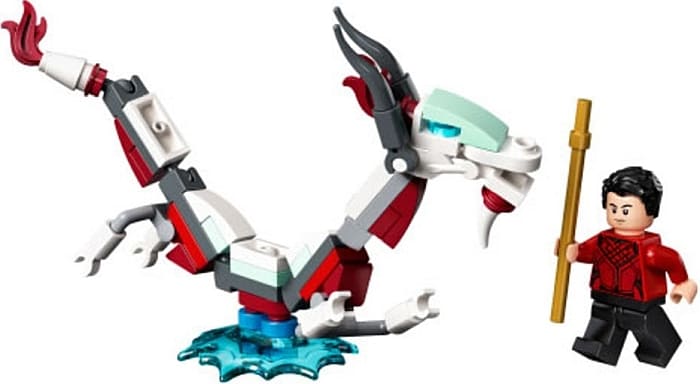 LEGO sets with an Asian history/story/mythology theme always come with some nicely detailed minifigs, so these sets will likely be well received in the LEGO fan community even if the movie won’t be released for several months.

And of course, dragons are always welcome! Especially one with such a great color combination. Anyhow, you can check out the sets at the LEGO Marvel Super Heroes section of the Online LEGO Shop. 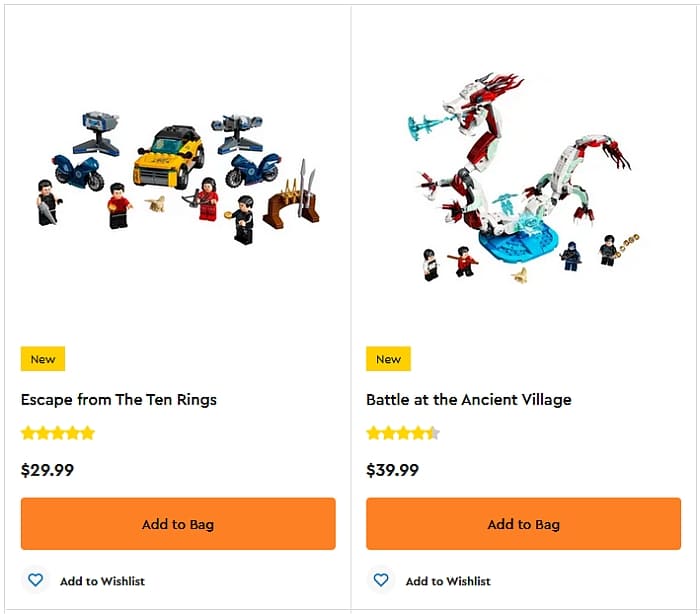 Next post: Survey About the LEGO VIP Program & Rewards