When I reviewed the #31203 LEGO Art World Map (see: LEGO Art World Map Mosaic Review), I mentioned that I thought this set had a lot of educational potential.  Today we’ll take a look at a few designs I came up with—and maybe I can inspire you to customize the set your way!

As a reminder, the World Map comes with instructions for a bathymetric design that looks like this: 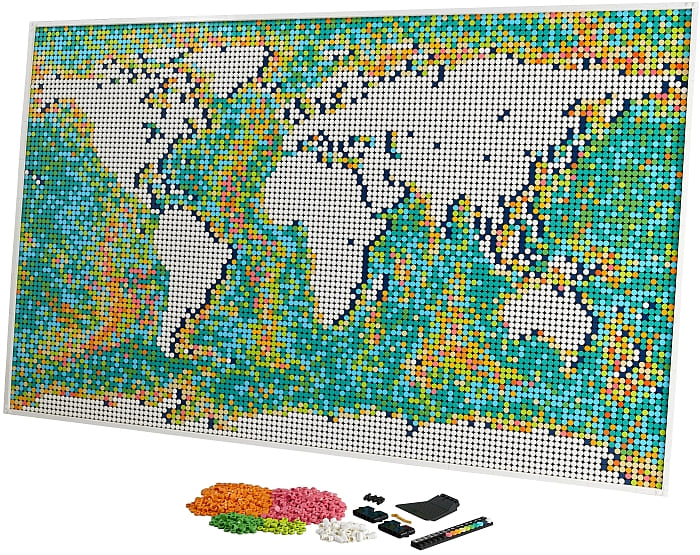 But it also has a lot of extra tiles, especially coral and orange. Coral and orange really stand out though, and I definitely wanted to get rid of them before I started adding stuff.  There were almost enough extra greens and blues to replace all the orange and coral.  Greenland grew a little.

For my first customization, I traced Ferdinand Magellan’s route around the globe. Magellan was the first to circumnavigate the globe in recorded history—although he didn’t personally make it all the way around.  In fact, only twenty-nine of his men made it back home. 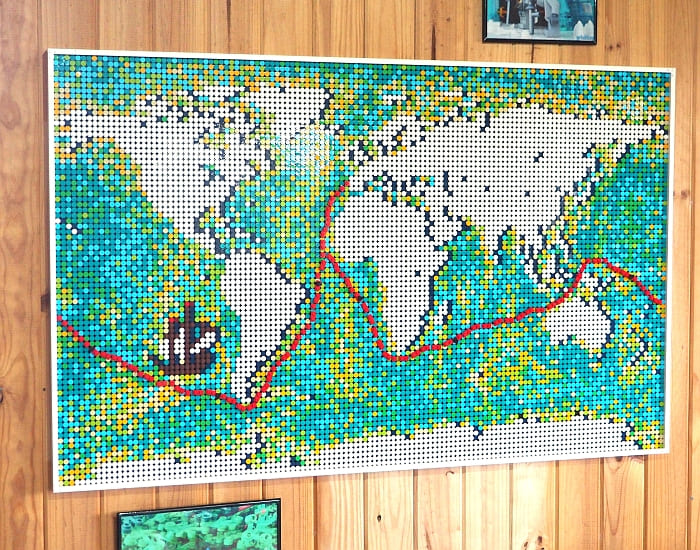 Besides removing the coral and orange in order to make the red line stand out more, I also had fun adding a mosaic ship. You could easily do this same kind of thing for other voyages of discovery! 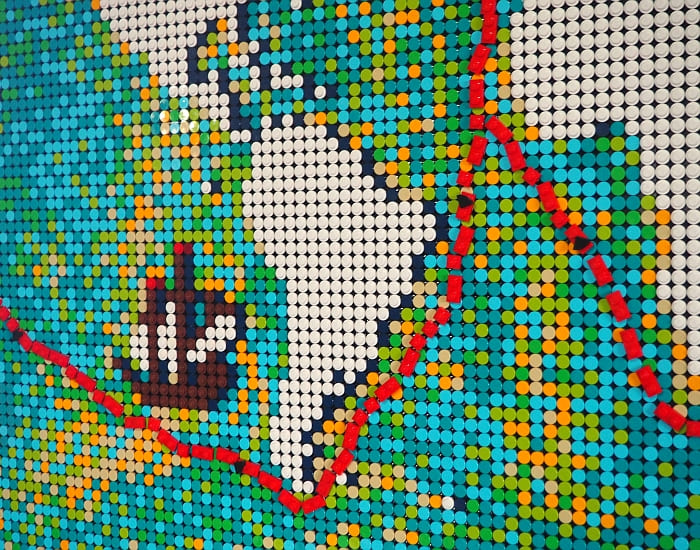 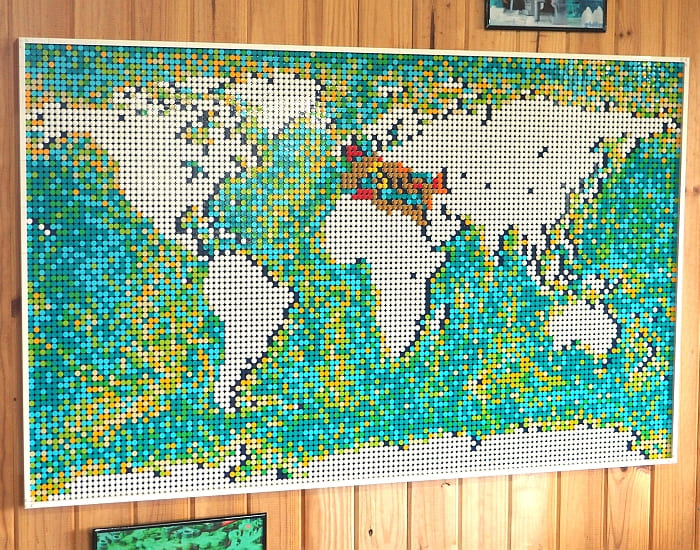 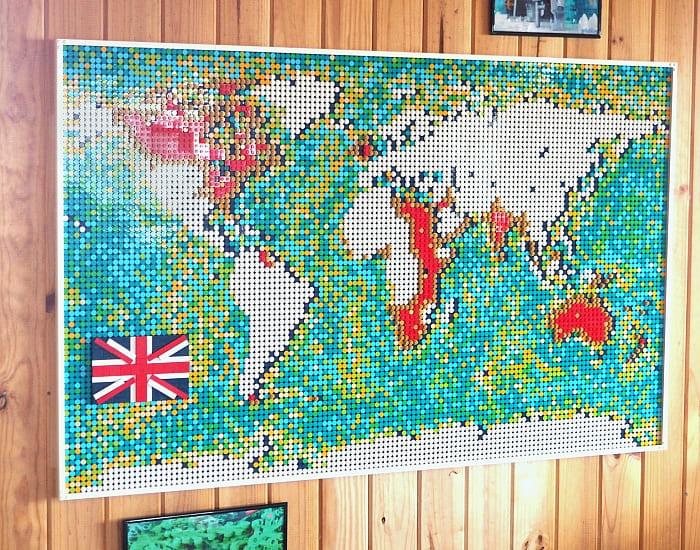 I outlined the British Empire in gold… and ran out of gold, so I went for red plates inside. This would have looked better with a less multi-colored ocean I’m sure. 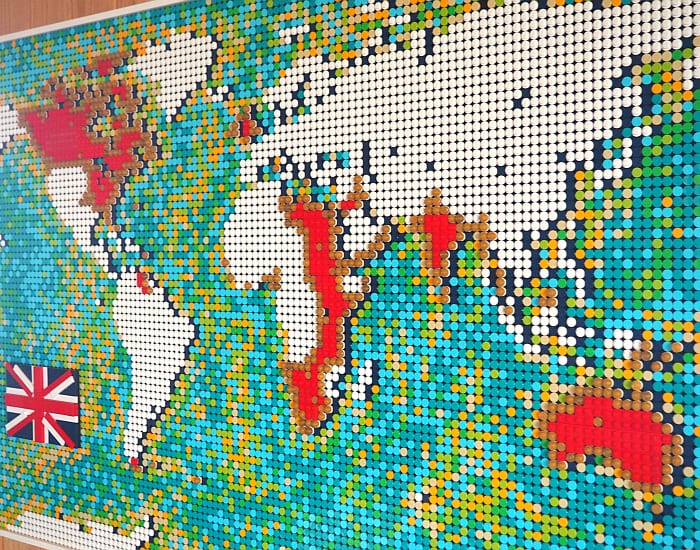 Besides tracing empires, this technique would be useful for highlighting any country you might be studying.

Now for a third version of the map – which was actually the one I thought of first – I built micro versions of a few famous landmarks and attached them in the right places (more or less).  You could get a lot more in depth on this, but since my oceans are still colorful, I wanted to keep the landmarks fairly uncluttered. 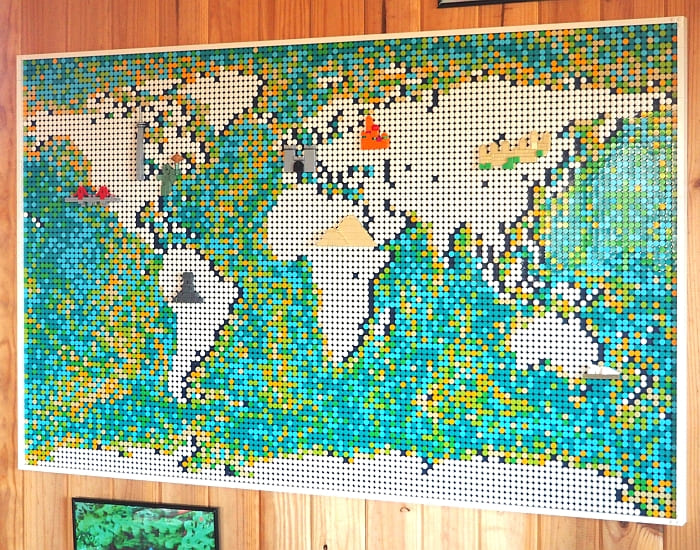 If you really wanted landmarks to stand out (you could also try animals, minifigures in different cultural themes, foods from different cultures, what have you), the best thing to do would be to get some extra blue dots and make the oceans less colorful. 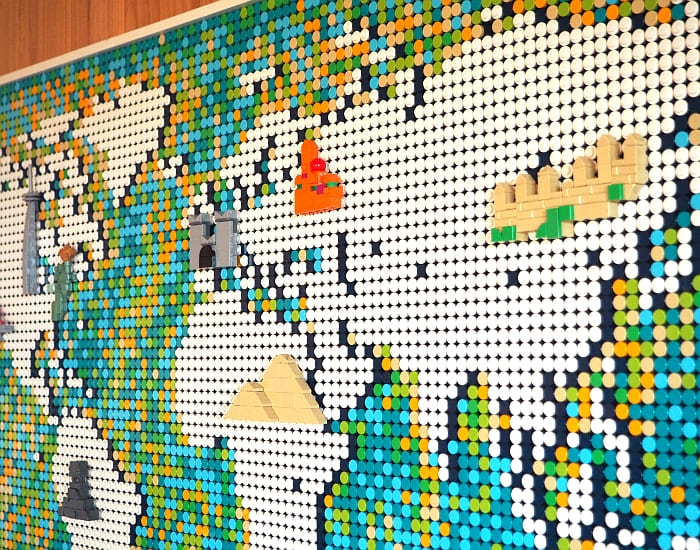 After all the scholarly research I had to do for those maps, I couldn’t resist trying something a little more whimsical for my last customization. Arr, me hearties—I built a pirate map! 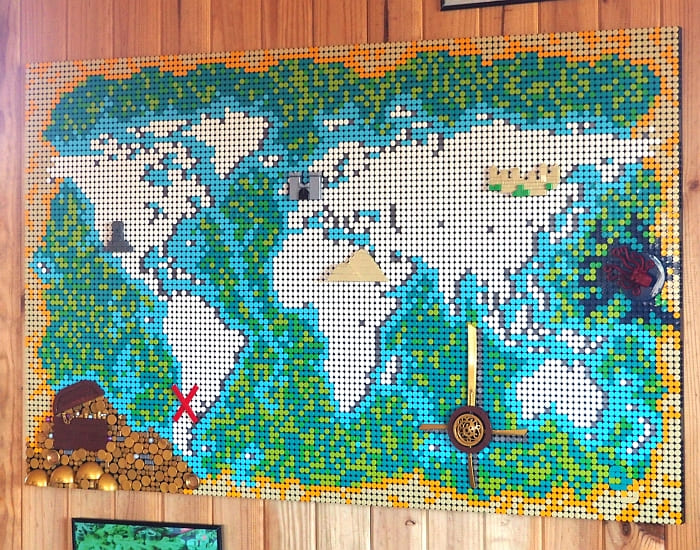 My line of thought here was: “There’s nothing like enough blue and green, so I’m going to need to use the tan and yellow… hmm… tan and yellow… a parchment border?  Pirate map!”

Of course, taking all those dots off and putting them all back down was about as much fun as it sounds. But I went one better and moved the continents down by six studs.  Hey, if you’re going to do it, you might as well do it right!

You may also have noticed that I switched the dark blue shadow for a silver shadow. I got that idea from Elspeth de Montes’ map (a great example of an all-blue version of the World Map).  I had lots of silver dots, and I wanted to keep the dark-blue in case I needed them for the oceans. 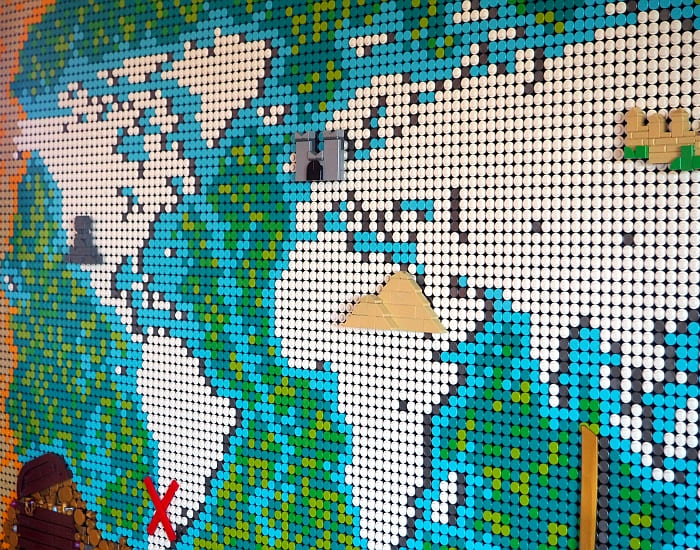 Then I added a few fun things to make the blue and green dots go farther (getting rid of Antarctica meant I had a lot more ocean to cover!). A few of my landmarks stayed, too, and I also hid my initials in the bottom right corner.  And I live in South America, so that’s where the X had to go! 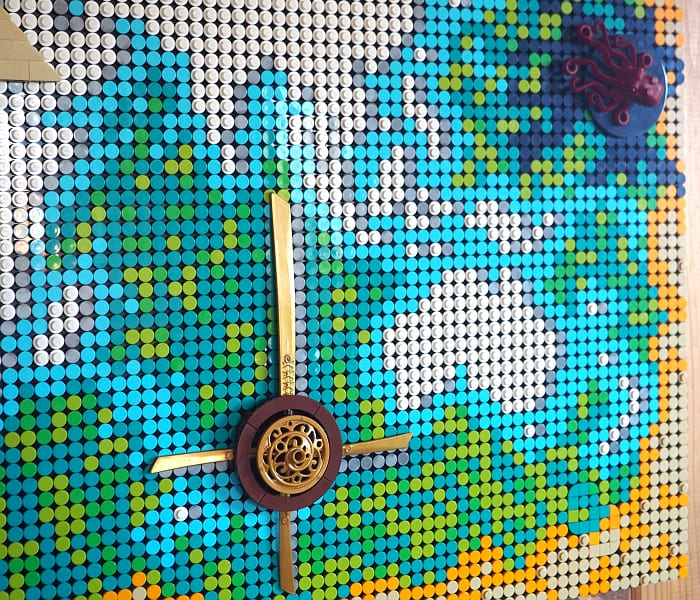 If you’re feeling inspired to customize the #31201 LEGO Art World Map, you can find it, along with the other LEGO Art mosaics, at the LEGO Art section of the Online LEGO Shop. 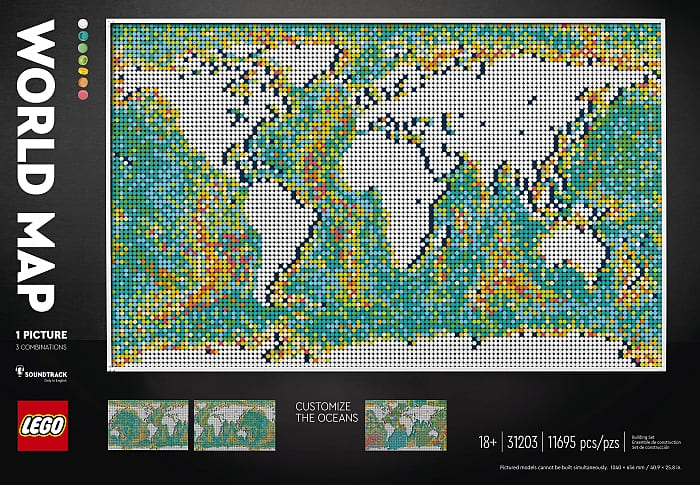 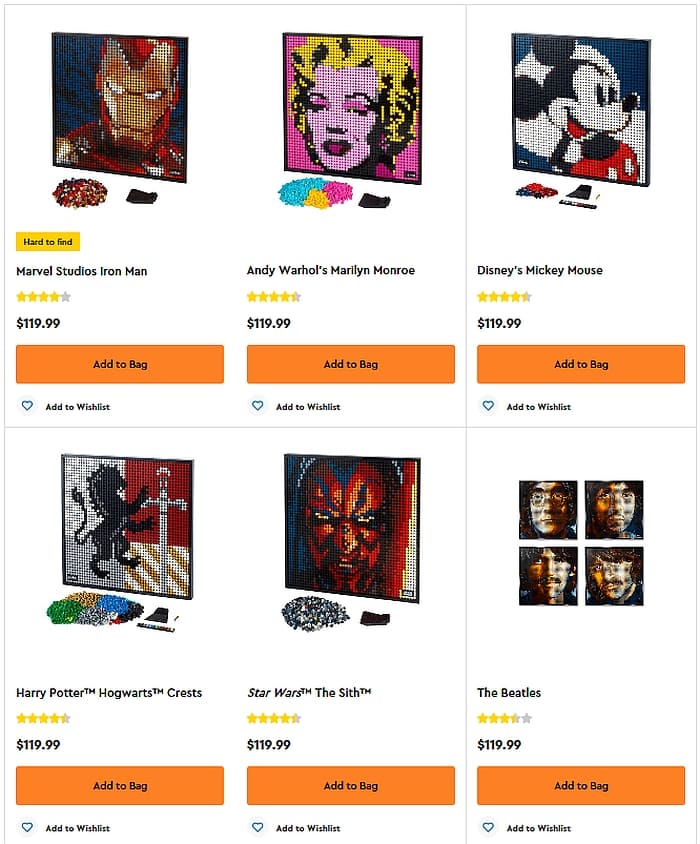 What do you think? Do you agree that the World Map could be a fun way to teach kids some geography and history?  Does the map look better to you without the orange and coral?  Which of my customizations would you leave on the wall if you were me?  Let me know what you think in the comment section below!