We recently discussed the #42129 LEGO Technic 4×4 Mercedes-Benz Zetros Trial Truck (see: Awesome LEGO Technic Trucks Coming Soon!) which was released at the beginning of the month. To recap, the truck is quite sizable at over 8 in. (21 cm) high, 19 in. (48 cm) long, and 7 in. (19 cm) wide, and comes with features like opening cab door and hood, working suspension on all 4 wheels, opening service hatch to allow inspecting the gearbox, and a detailed engine with spinning radiator fan. In addition, in a first for LEGO Technic, this model has differential locking, which allows you to lock and unlock the differentials using the accompanying app to maneuver the truck over rough terrain. 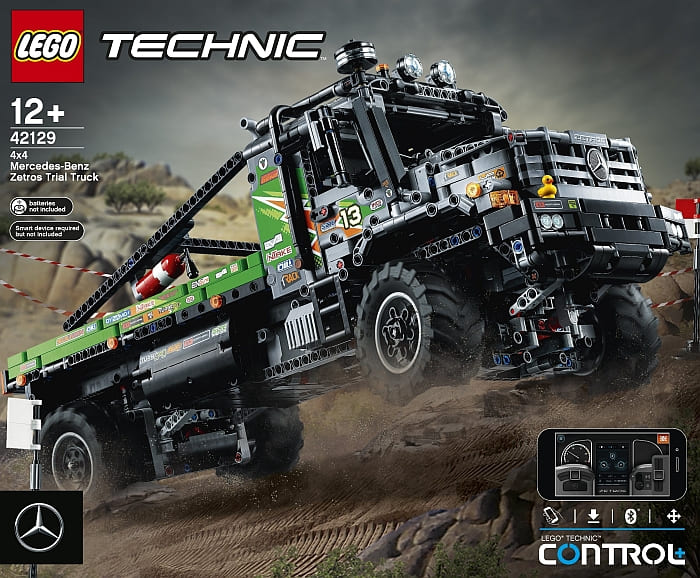 And as we mentioned previously, this set also includes several LEGO Powered Up components; three large motors, one medium motor, and a Bluetooth-controlled smart hub operated by the LEGO Technic CONTROL+ app. The app offers various control screens to steer the vehicle and to operate the differential locking feature. And it includes various challenges and achievements as well. 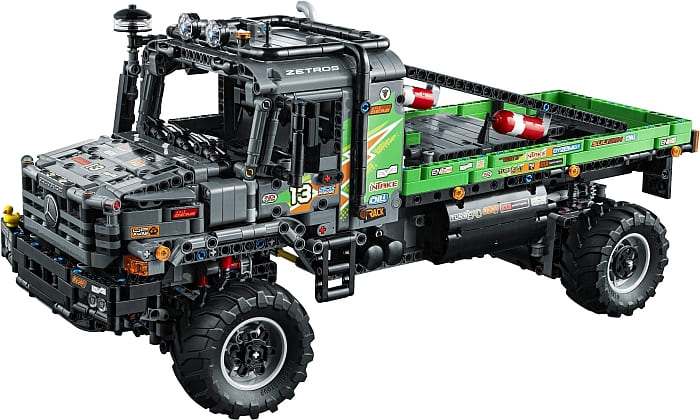 Again, we discussed all of this already in the linked article, but what I wanted to highlight today is the somewhat hidden but very cool augmented reality feature of the app. This feature basically allows you to see through the model and observe the drive train and other mechanisms in action. 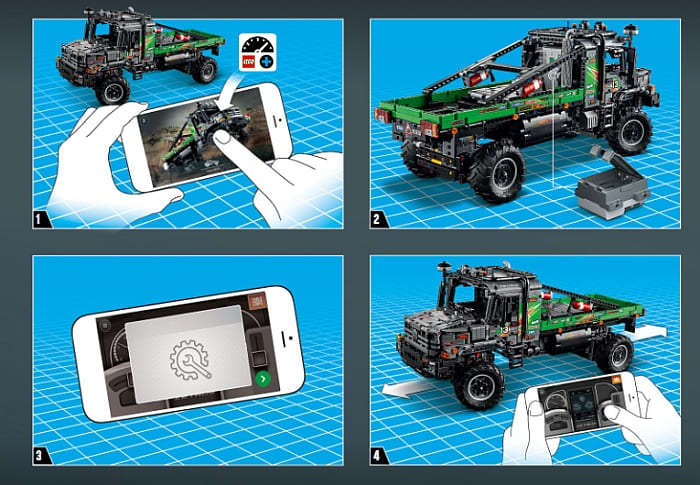 It’s an incredibly useful addition that is both educational and fun, and it helps LEGO fans to better understand how the vehicle’s mechanical features operate. In the video below by Balazs from RacingBrick, I fast-forwarded to the section where he demonstrates how to access this section of the app and how it works.

So far, the #42129 LEGO Technic 4×4 Mercedes-Benz Zetros Trial Truck is the only vehicle that can activate this function in the app. In other words, you need to scan the set for it to work. Hopefully, in the future, other LEGO CONTROL+ sets will also include this feature, and maybe even make this feature available without having to own a specific set. 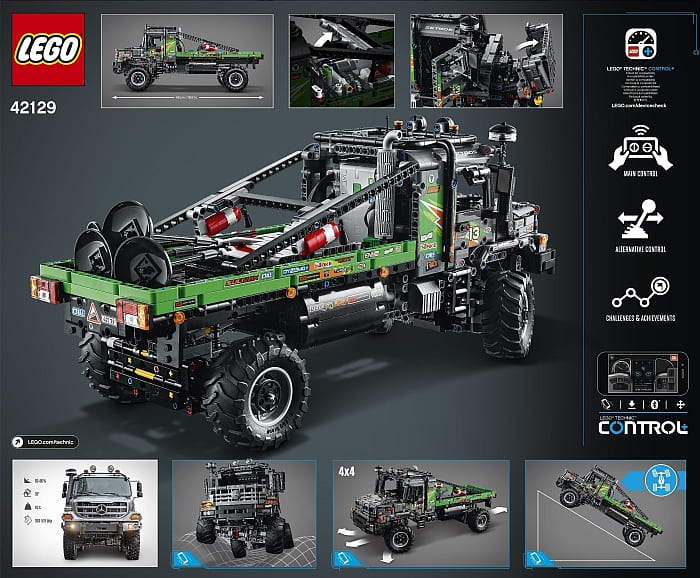 Anyhow, I just wanted to point out this unique feature of this set and the accompanying app as it is an additional good reason to check it out. This is a $300 set so it’s not cheap, but it has some really cool functions, including the augmented reality. If you want to take a look, visit the LEGO Technic section of the Online LEGO Shop.

What do you think? How do you like the augmented reality function of the app? Would you like to see this feature in other LEGO sets? Feel free to share your thoughts and discuss in the comment section below!