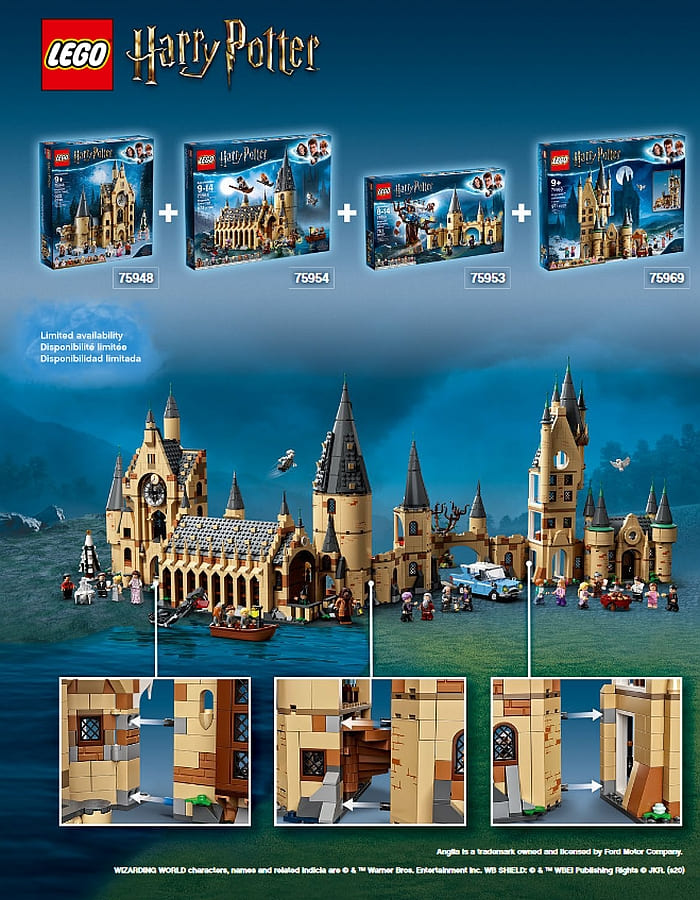 Even though all the sets could be combined, as you can see on the images above, there is a bit of reset between the 2018-2020 sets compared to the 2021 sets. The earlier sets feature dark-gray roofs, whereas the 2021 sets switch over to sand-green roof elements. To smooth out this transition, the #75969 LEGO Harry Potter Hogwarts Astronomy Tower features mostly dark-gray roofs, but with sand-green accents. Thus, this is an important set if you have been collecting and combining the LEGO Harry Potter sets from the past few years. 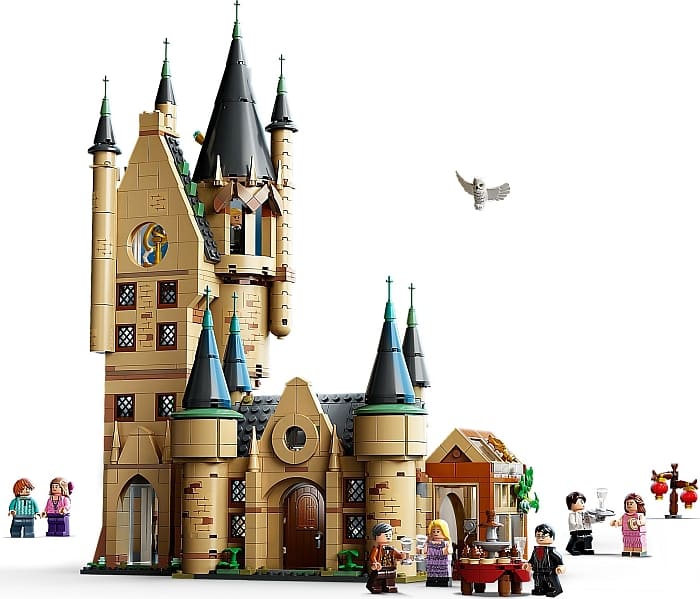 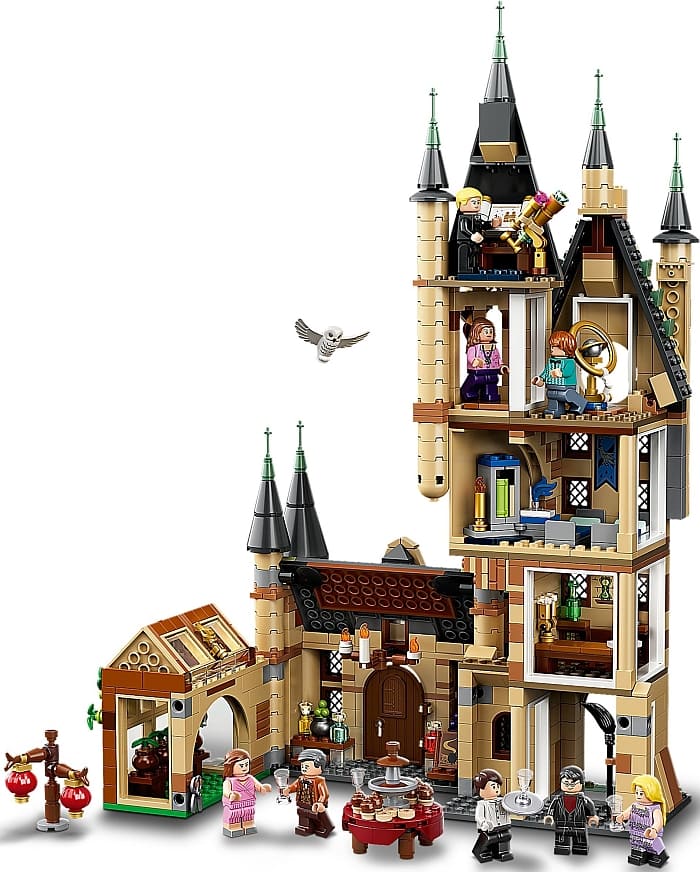 The LEGO Harry Potter sets aren’t just combinable, but they have modular features even within the set. At least the larger models are built in sections and they can be connected in different ways. The #75969 LEGO Harry Potter Hogwarts Astronomy Tower is an excellent set in this regard as well. It is built of three separate sections with LEGO Technic pin and brick with hole connections, so you can orient them in various ways.

In the video below, JANGBRiCKS will show you all the details, play-features  and minifigs from the set, as well as demonstrate how the sections can be displayed in different configurations.

As you can see in the video above, the #75969 LEGO Harry Potter Hogwarts Astronomy Tower is full of nice little details. I especially like the table with the chocolate fountain and the astrolabe. The set also has excellent minifig section with Harry Potter, Hermione Granger, Horace Slughorn, Luna Lovegood, Neville Longbottom, Ron Weasley, Lavender Brown, Draco Malfoy, many of them with exclusive printing. 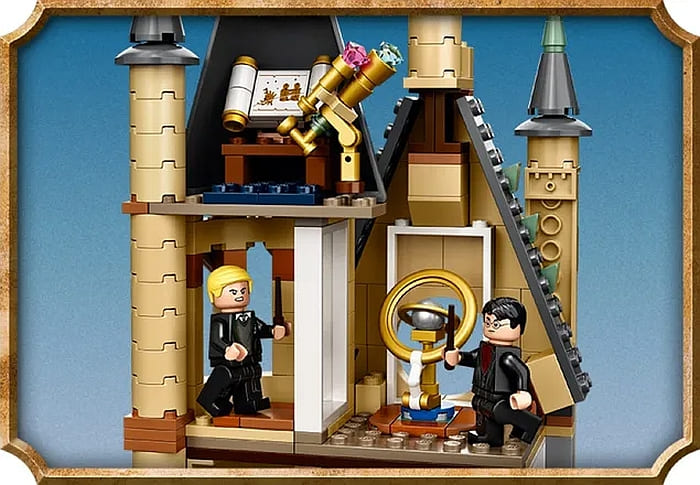 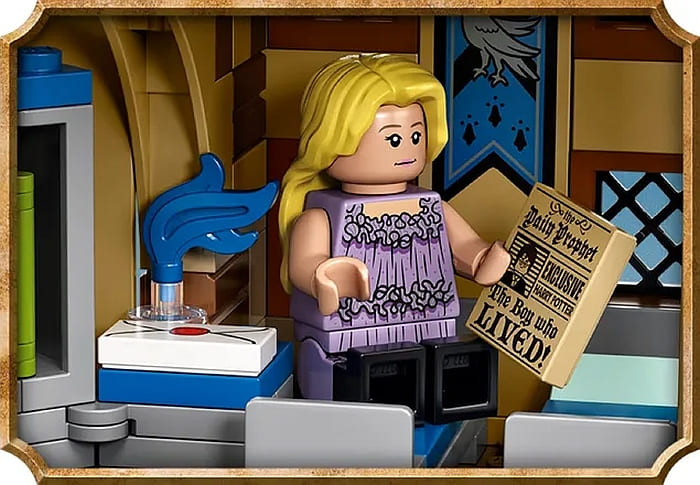 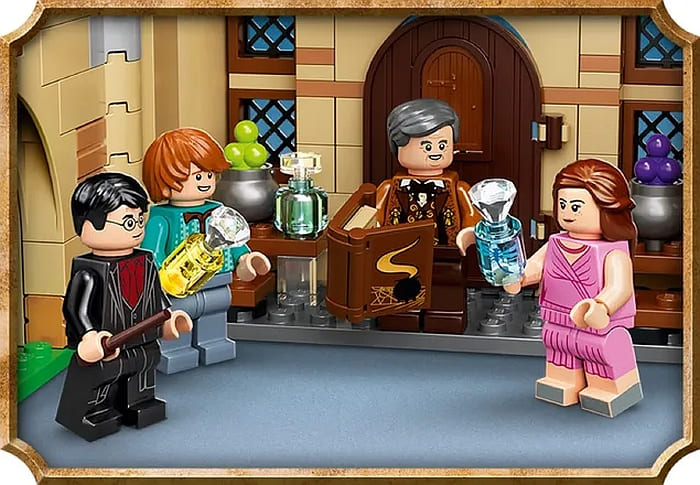 I wanted to highlight this set, as I know some LEGO Harry Potter fans are unhappy about the color change and they don’t know how to effectively combine the earlier sets with the ones from this year. This set combines both roof colors, so you can place it in between the other sets to tie together the two colors for a smoother transition. Or perhaps even better, you can use the color combination techniques in this set, and introduce them to the other sets as well. In other words, you could make all the roofs dark-gray with sand-green accents for a more uniform look. 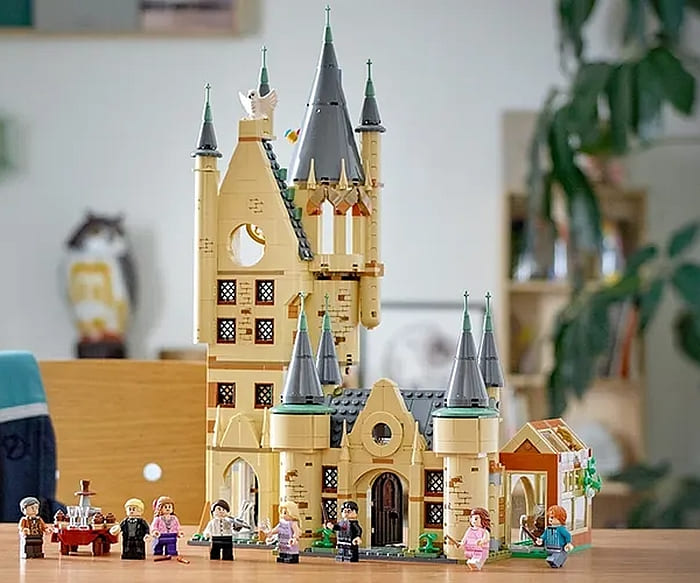 In summary, this is a nice set in itself with good playability, useful pieces, and awesome accessories. But it is even more. It ties together some of the earlier and later LEGO Harry Potter sets released in the past few years. If you would like to check it out, it’s available at the LEGO Harry Potter section of the Online LEGO Shop.

What do you think? Do you have some of the LEGO Harry Potter sets from the past few years? How do you handle the different roof colors? And how do you like the Hogwarts Astronomy Tower? Feel free to share your own reviews and ideas in the comment section below!

Next post: Batman is Back with Two New Batmobile Tumblers!