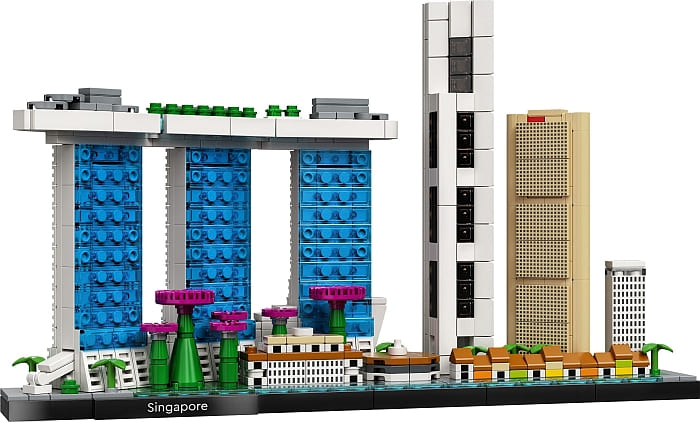 Just like with other LEGO Architecture sets, the instruction booklet includes fairly extensive information about the city and buildings; Marina Bay Sands, the OCBC Center, One Raffles Place, Lau Pa Sat food market (also known as Telok Ayer Market), The Fullerton Hotel Singapore, and Supertree Grove at Gardens by the Bay. In addition, there are LEGO elements representing the Singapore River and trees. 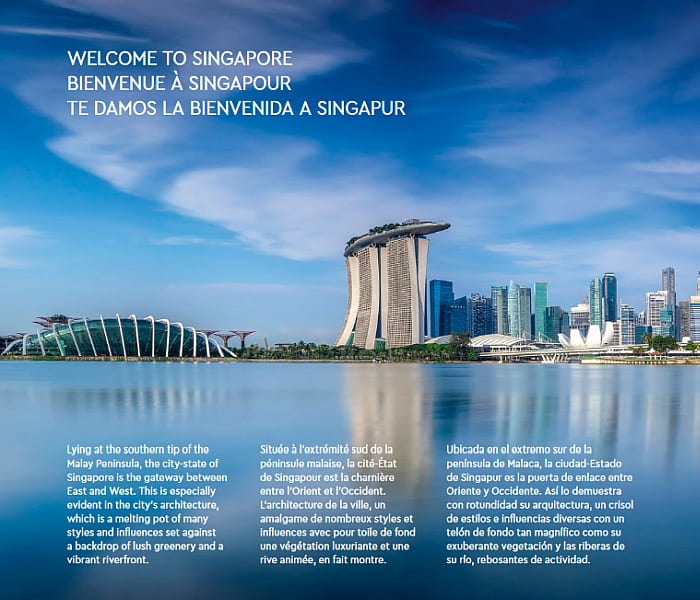 Lying at the southern tip of the Malay Peninsula, the city-state of Singapore is the gateway between East and West. This is especially evident in the city’s architecture, which is a melting pot of many styles and influences set against a backdrop of lush greenery and a vibrant riverfront. It is mentioned in the instructions that LEGO Designer Rok Zgalin Kobe focused on capturing the unique atmosphere of the city even more so than mixing old and new structures. 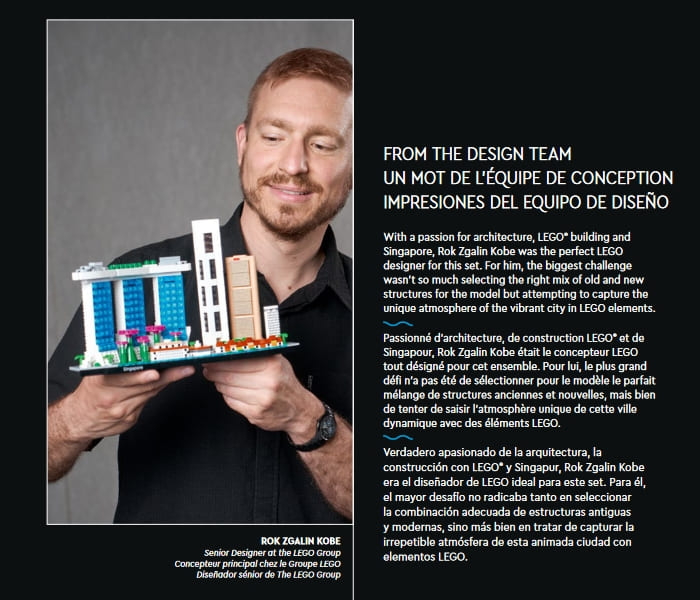 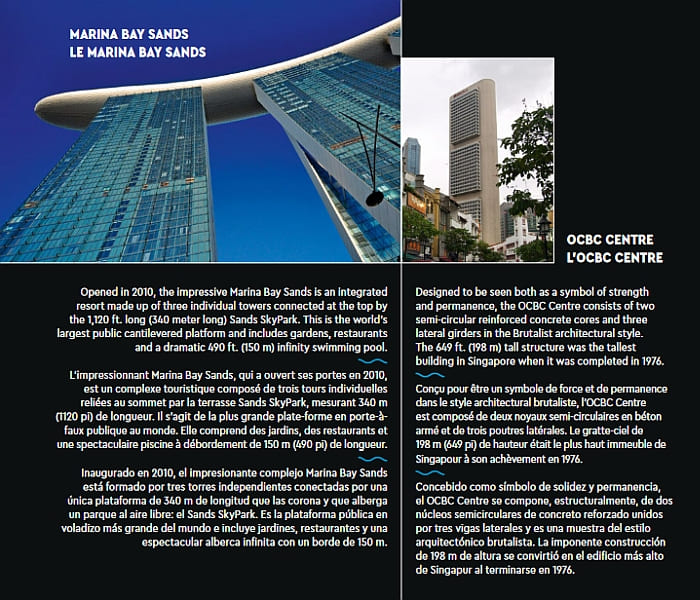 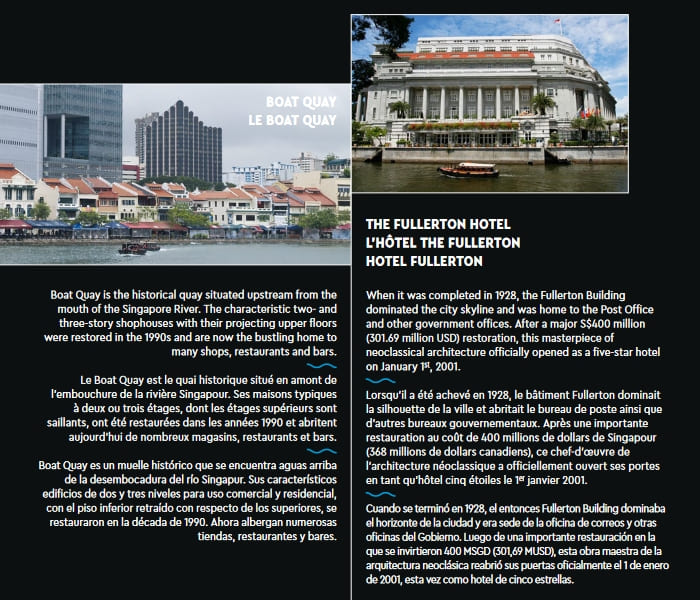 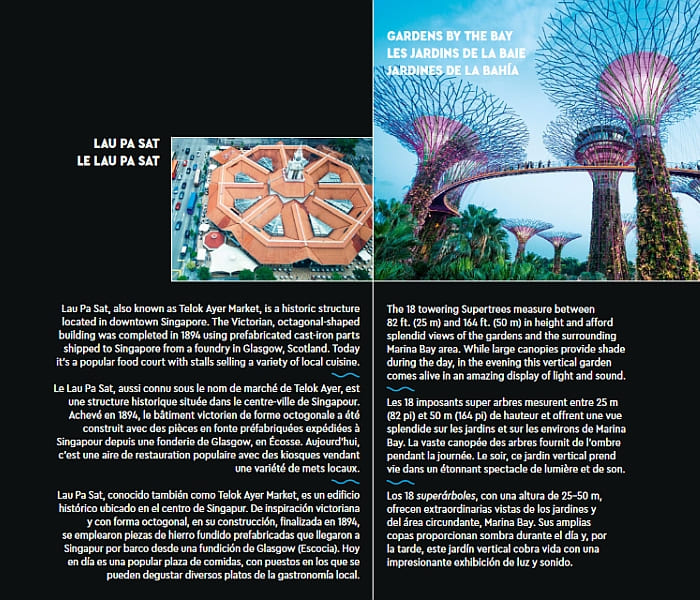 Although the buildings aren’t really to scale with each other, and their comparative location isn’t right either, you can instantly recognize the Singapore skyline. I also really like the mixture of modern buildings, older neighborhoods, and natural elements. This allows a nice combination of colors, textures, and shapes using unusual LEGO pieces and exclusive printed elements. 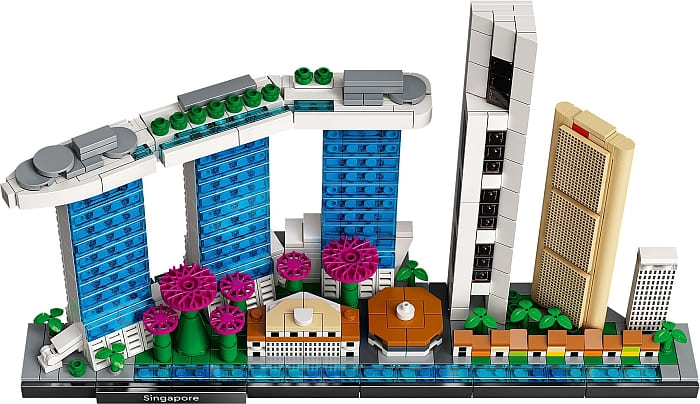 The LEGO Architecture Singapore set measures over 6.5 in. (16 cm) high, 11 in (28 cm) wide, and 3.5 in. (9 cm) deep, and comes with 827 pieces. Like other LEGO Architecture sets, it is densely built with lots of small elements to recreate shapes and mimic real buildings. In fact, these sets are surprisingly heavy for their size due to how closely small pieces are packed together. And the building techniques give you an introduction to micro-building, as well as the pieces to build your own micro cities. 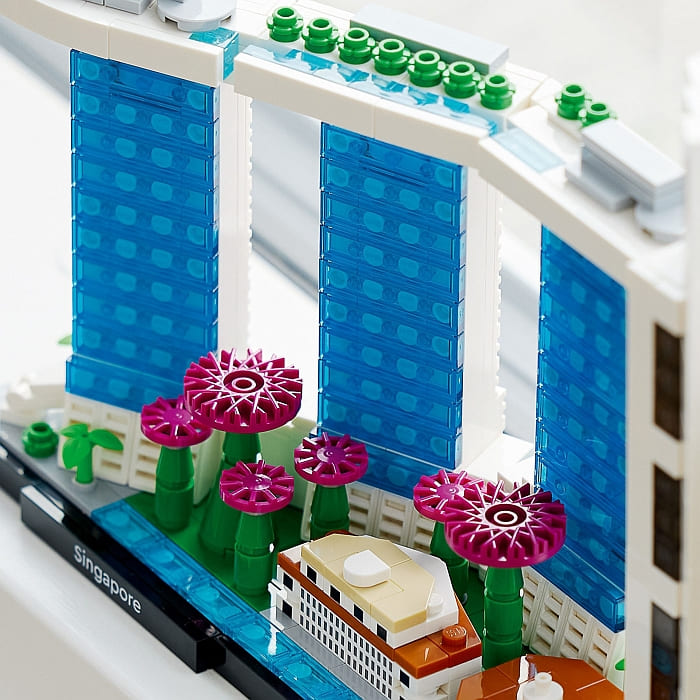 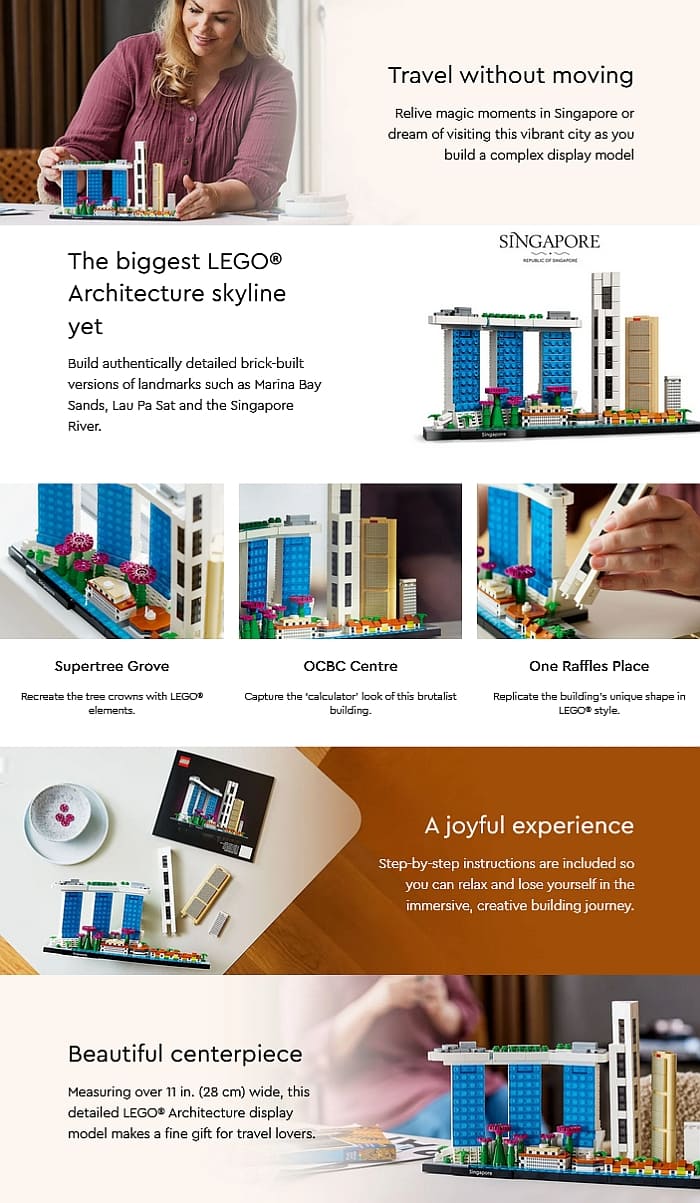