Embrace your inner racer with the stunning new #42141 LEGO Technic McLaren Formula 1 Race Car. Full press-release with all the details below. 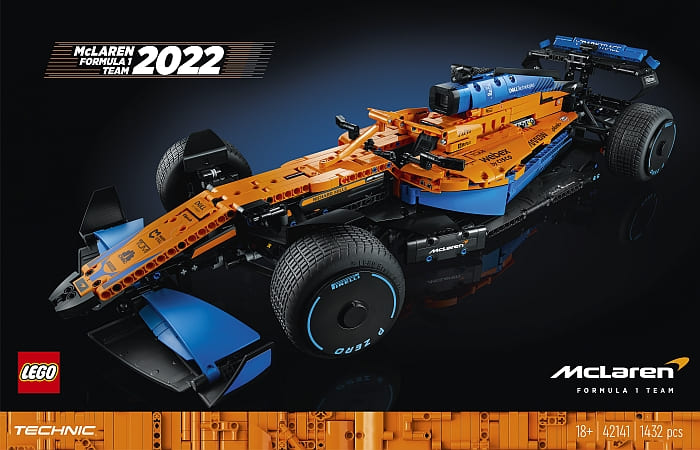 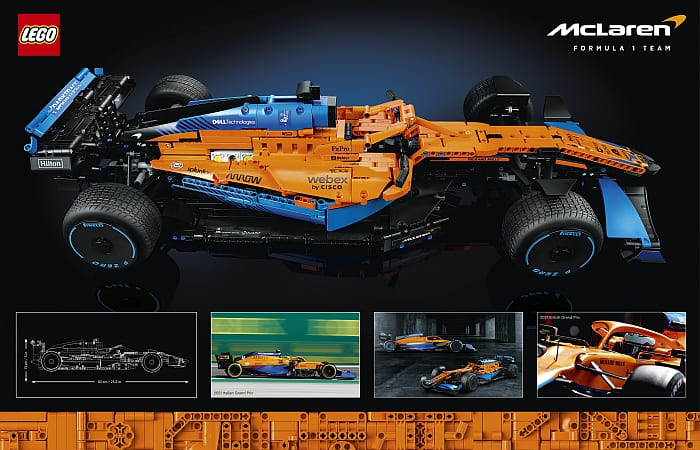 Drivers, get ready to fuel your Formula 1 passion as you get the new #42141 LEGO Technic McLaren Formula 1 Race Car ready for the tracks! This impressive new model is packed with exquisite design and functionality, which will be sure to steal the show in any collection. 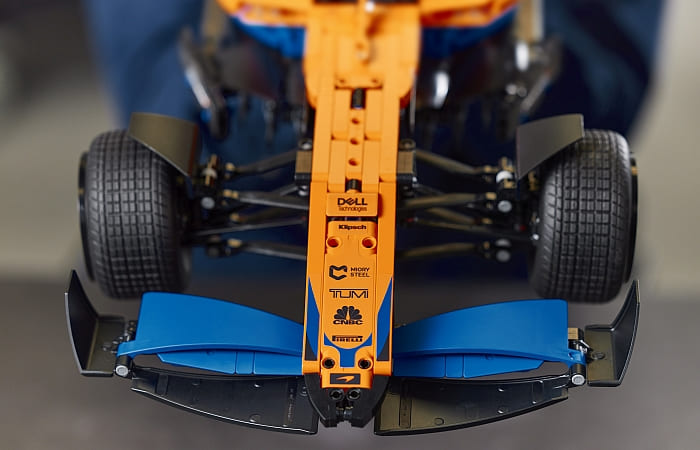 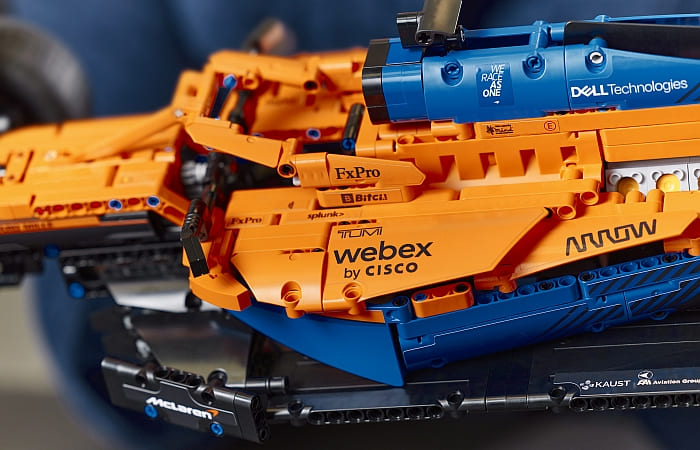 Just like its real-life counterpart, this stunning LEGO model is truly a one-of-a-kind piece of engineering excellence. Designed in close collaboration between engineering experts from the LEGO Group and McLaren Racing as the new Formula 1 race car was in development, the new model pays homage to the team’s iconic 2021 season livery while giving fans a glimpse of what they might expect from McLaren Racing’s new F1 season model. The LEGO Technic version of the McLaren masterpiece is fully modeled on the life-size version featuring a V6 cylinder engine with moving pistons, steering activated from the cockpit, suspension, and a differential lock. 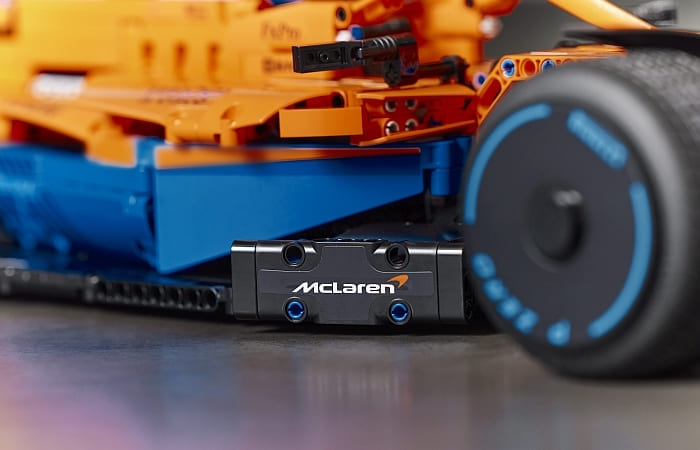 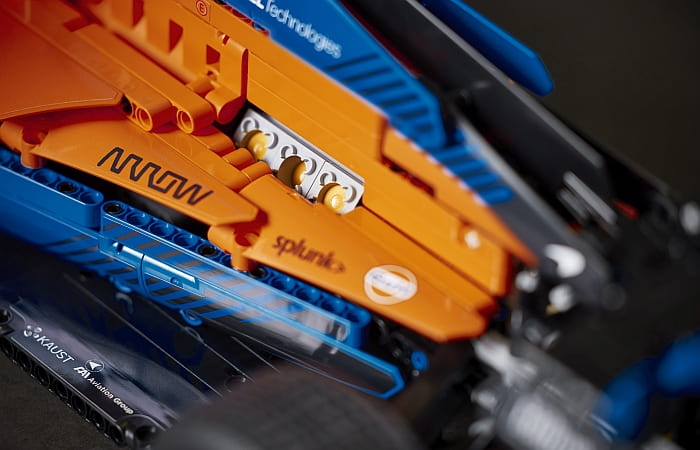 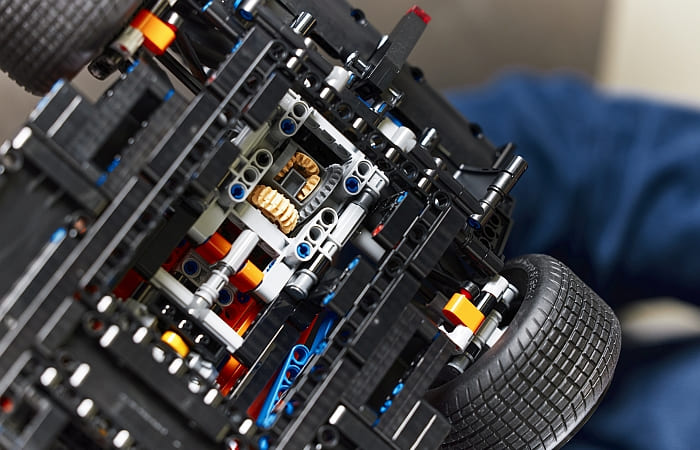 The new #42141 LEGO Technic McLaren Formula 1 Race Car is the first LEGO Technic incarnation of a Formula 1 car and offers racing fans a meticulous translation of McLaren’s pioneering design and cutting-edge technology that’s so crucial on-track. This set offers Formula 1 enthusiasts a chance to recharge and relax with a hands-on, focused building activity that helps them explore their passion for the sport.

“The partnership between the LEGO Group and McLaren continuously develops each time we get together for the next collaboration. We never stop trying to excite and inspire our fans by pushing the limits of possibility through the technology and designs produced that, both on the racetrack and with LEGO building,” said Neils Henrik Horsted, Head of Product, LEGO Technic. 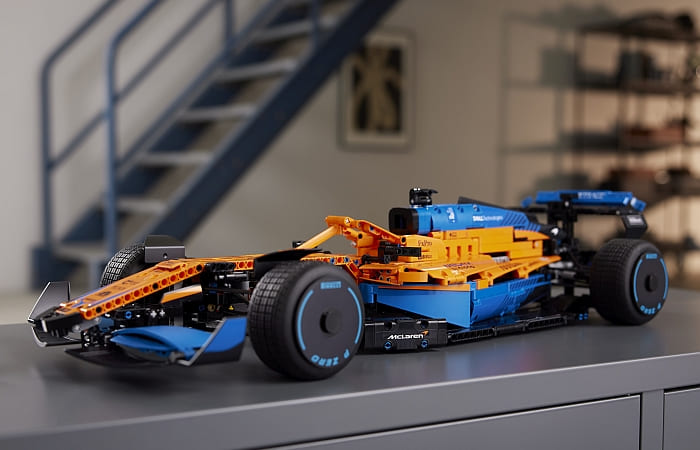 James Key, Executive Director, Technical, McLaren Racing, said: “We are excited to unveil the unique LEGO Technic model of our McLaren F1 car, a fun and engaging product that celebrates our 2021 season livery while giving fans a hands-on interpretation of the new 2022 F1 car design. This has been made possible by an agile collaboration with LEGO Group’s team, who have truly embraced the spirit of our brave and bold approach to design. The final product looks fantastic, and we cannot wait to make this available to our fans.”

McLaren Racing was founded by New Zealand racing driver Bruce McLaren in 1963. The team entered its first Formula 1 race in 1966, since then, McLaren has won 20 Formula 1 world championships, more than 180 Formula 1 Grands Prix, the Le Mans 24 Hours at its first attempt, and the Indianapolis 500 three times. The team is currently contesting the 2022 FIA Formula 1 World Championship with Lando Norris and Daniel Ricciardo, the 2022 INDYCAR Series with Arrow McLaren SP drivers Pato O’Ward and Felix Rosenqvist, and the 2022 Extreme E Championship with Tanner Foust and Emma Gilmour.

McLaren was the first F1 team to be certified carbon neutral ten years ago and has successfully retained the Carbon Trust Standard Award, most recently in February 2021. It was also the first team to be awarded the FIA Institute’s Environmental Award in 2013, which it has consistently maintained at three-star level. In 2021, McLaren became a signatory to both the UN Sports for Climate Action Commitment and the UN Race to Zero pledge, signifying the team’s commitment to be a responsible global citizen combating climate change. 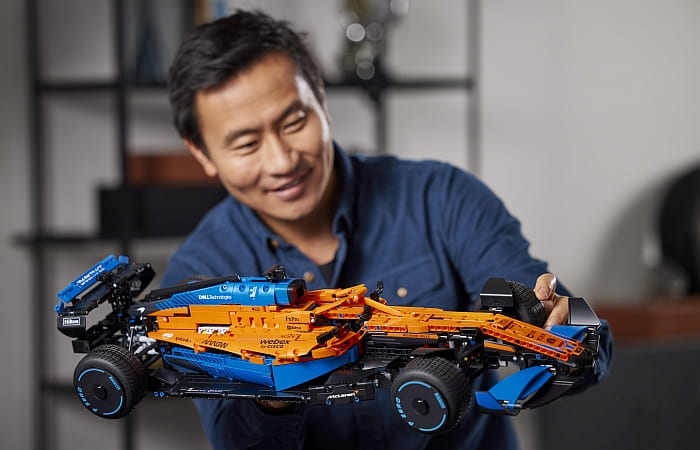 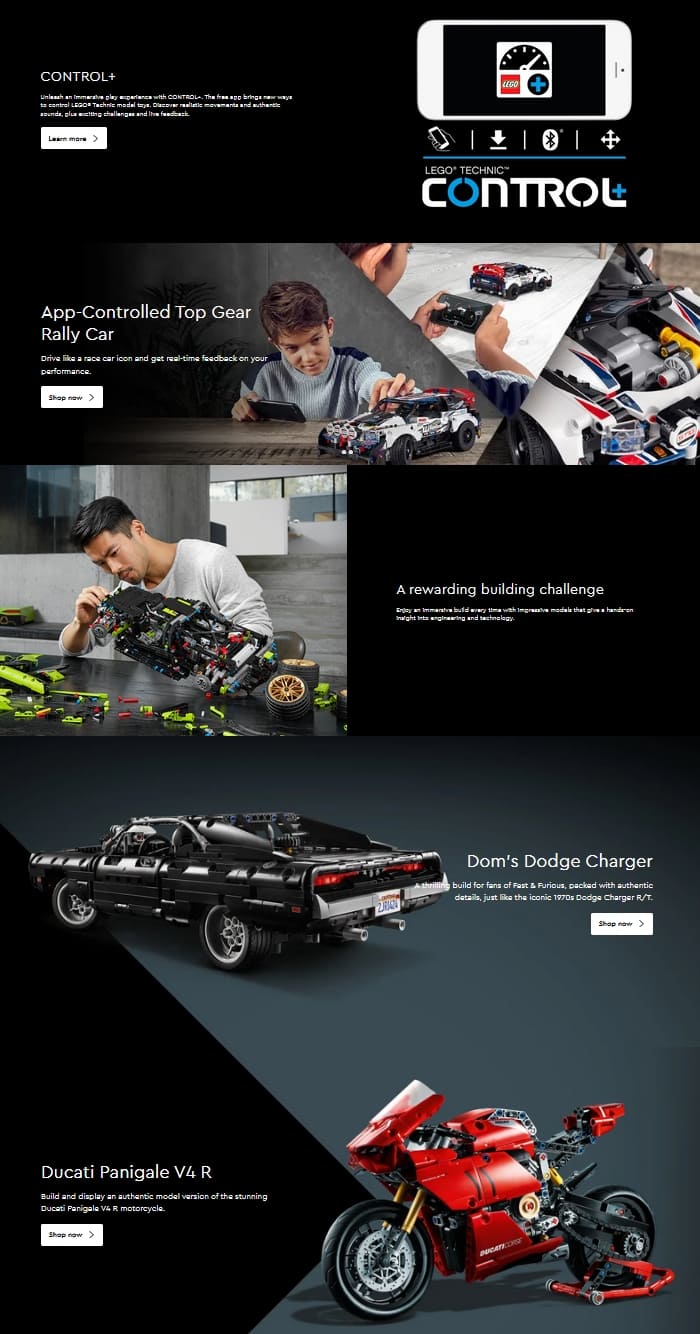 What do you think? How do you like the new LEGO Technic race car? Are you planning to add it to your collection? Feel free to share and discuss in the comment section below!