LEGO celebrates its 90th anniversary later this year, and they are going to release several sets to commemorate the event. The #11021 LEGO Classic 90 Years of Play is the first such set, featuring 15 mini-build recreations of iconic LEGO sets from across LEGO’s history, plus extra pieces for free-building. 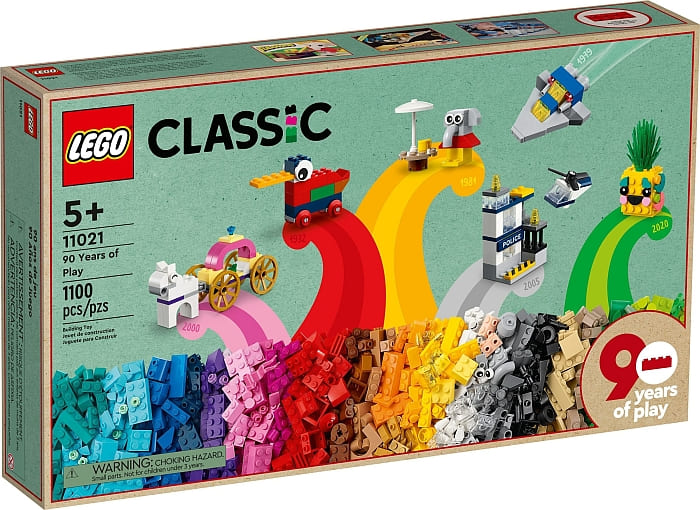 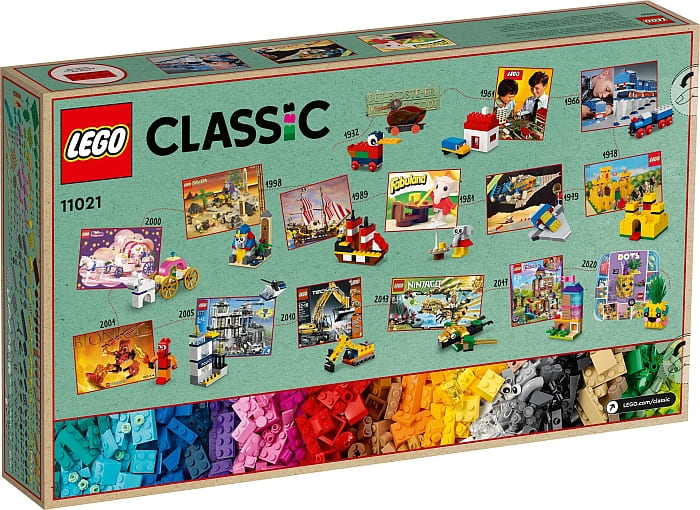 The set is recommended for ages 5 and up and comes with step-by-step instructions, so even first-time builders can experience the joy of building with LEGO. At the same time, older builders will recognize some of their own childhood favorites amongst the mini-builds. 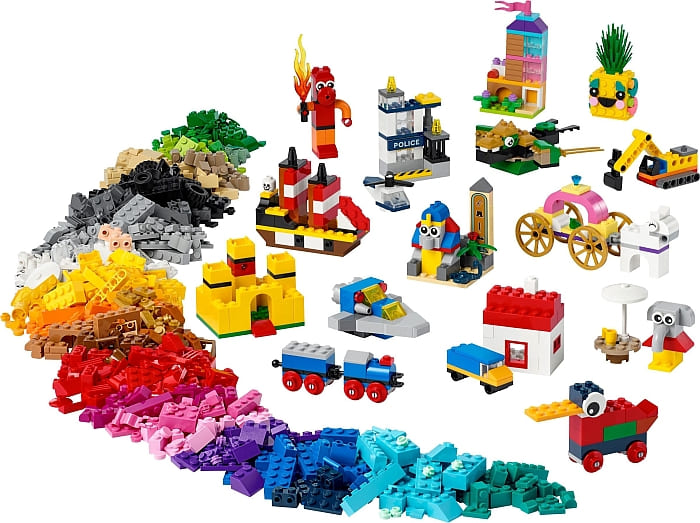 The mini-build recreations include classic sets like the Yellow Castle from 1978, the Galaxy Explorer from 1979, the first Pirate Ship from 1989, and the first train from 1966. There is also a mini recreation of the famous LEGO wooden duck from 1932, and a cute brick-built version of the Fabuland elephant from 1981. More recent sets represented are the Secret of the Sphinx from 1998, Tahu from the 2001 LEGO Bionicle line, and the LEGO Ninjago Golden Dragon from 2013. You may also recognize the LEGO Friends Friendship House from 2017, the LEGO Belville Royal Coach from the year 2000, a LEGO City police station from 2005, the LEGO DOTS pineapple-shaped pencil holder, and a LEGO Technic excavator. And the little white building with the red roof and small blue and yellow vehicle represents one of the first LEGO houses from 1961!

LEGO also released the following promotional video for the anniversary set. It’s kind of traumatizing to see all those beautiful classic sets crushed, so I hope they didn’t do that part for real.

The #11021 LEGO Classic 90 Years of Play is going to be a great way for family members of all ages to experience the joy of LEGO together. Besides the mini-builds, the set comes with a rainbow of colors and a whole range of extra pieces for free-building (1,100 pieces in total). This set will be available starting on May 1st for only $49.99. For further details on this set, and to purchase similar sets with small models and lots of extra pieces, visit the LEGO Classic section of the Online LEGO Shop. 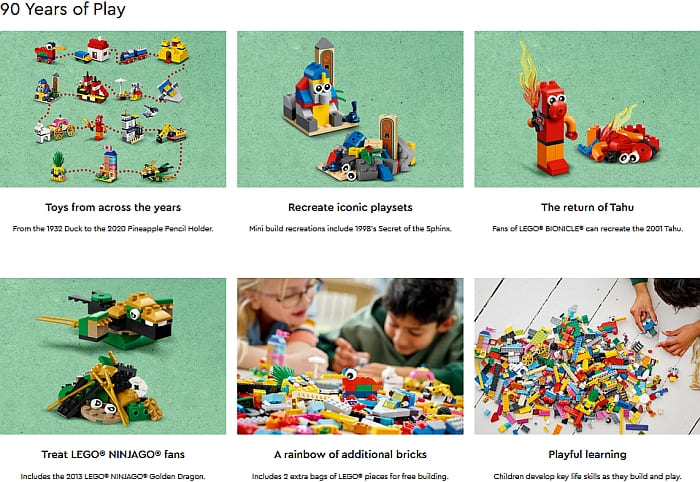 What do you think? How do you like this new LEGO Classic set referencing LEGO’s long history? What other sets would you like to see this year to celebrate LEGO’s anniversary? Feel free to share and discuss in the comment section below!