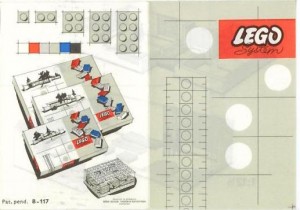 Gary is well known as one of the most knowledgeable persons alive on LEGO’s history. His knowledge, especially of the early days of the LEGO Group, is simply amazing!

If you ever have any questions about the history of the LEGO Group or a LEGO piece you cannot identify, Gary will dazzle you with incredibly detailed data, peppered with fascinating and colorful tidbits from the history of our favorite building blocks.

Gary also created a detailed CD, called the Unofficial LEGO Sets/Parts Collector’s Guide, which covers LEGO’s history from 1949 to the 1980s. You can find pictures, sample chapters and pages of the CD, and purchase the CD at his Bricklink Store. 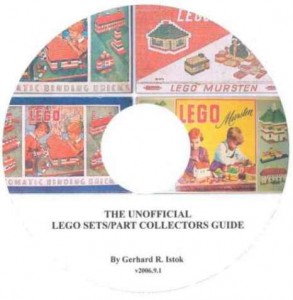 Here is just one sample of the appreciation for Gary’s work:

Today my copy of  “The Unofficial LEGO Sets/Parts Collectors Guide” finally came in the mail and it was definitely worth the wait.

Gary Istok has spent a lot time and effort on this CD, and it shows. There are over 1,000 pages of wonderful LEGO information. So much information that I don’t know if I will ever be able to read it all!

But the nice thing is that you don’t have to. Gary has divided the CD into multiple pdf files with an excellent Table of Contents. It is very easy to find exactly the information you need. This work will be a significant resource in the Lego community for years to come. (from Josh via The Brothers Brick)

Gary’s own journey with LEGO has been very interesting. Here I will let him share with his own words:

“My name is Gerhard (Gary) Roland Istok. I live in St. Clair Shores, Michigan, which is a Great Lakes shoreline suburb of Detroit. From St. Clair Shores, I can see across Lake St. Clair to Canada, which is less than 10 miles away. I was born in Germany in 1953, and came to the USA (Detroit) with my family in 1958.

At Christmas 1960, my uncle in Germany sent me a 700/1 basic LEGO set. This was a full year before LEGO came to the USA. In 1961 my Grandfather bought me 20 small European spare parts packs… everything from “macaroni bricks” to trees and bushes. 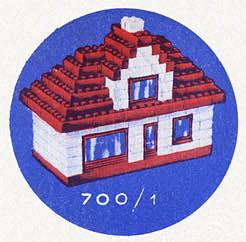 I continued building up my LEGO inventory by going to ‘Earl’s Bike Shop” as a kid. This far east side Detroit store (about 10 blocks from home) was where I went whenever I had an extra 50 cents to go buy another spare parts packs (most were only 50c).

In 1962, my aunt asked me what I wanted for Christmas. I gave her a 1961-62 Samsonite LEGO Catalog, and told her that I wanted a 717 Junior Constructor Set, a European gabled house design model.

She didn’t find it in 1962, so I got a bicycle for Christmas from my well-to-do aunt. The next year she kept looking, but was never able to find that specific set. So she bought another set that was labeled “717 Junior Constructor”, but was of a flat roofed modern house. It took another 40 years before I found out (from the folks at TLG LEGO Archives) that the original 717 set was never produced as a gable roofed set. 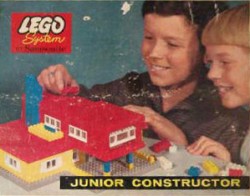 I went into my “Dark Ages” in 1968, and emerged from it in 1979. That was when I was visiting relatives in Germany. I went to a small town bookstore, and in the back of the store I came across about 30 LEGO parts packs of circa 1960-65. I also came across 2 retailer LEGO Windows/Door boxes, which allowed kids to buy individual LEGO windows and doors from a large box. I purchased the entire lot (over 800 windows/doors) for only $80. That got me back into LEGO, back when there were very few AFOLs. 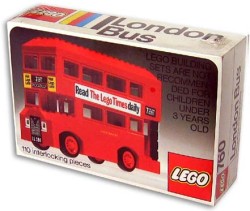 In 1985, I created a LEGO display for a Detroit toy store called “Mom’s Toy Attic”. The next year I was in a local newspaper as an anomaly (an adult who plays with LEGO). In 1986 TLG sent a representative to my house to interview me, and within 2 months I got a phone call from Henry Wiencek, author of “World of LEGO Toys”. I am the only AFOL mentioned in that book, on page 30.

Also in 1986, the Canadian Broadcasting Company (CBC) sent a camera crew to my house to interview me for “25 Years of LEGO in Canada” on the Canadian news show “The Journal”. There I was interviewed, along with 3 Canadian AFOLs.

Due to the fact that I had over 1/2 million LEGO elements in my exploding collection, I was able to build large constructions before the advent of Bricklink.

In 2004, I started researching and writing The Unofficial LEGO Set/Parts Collectors Guide (now in its’ second version), a 1,500 page guide on old LEGO sets and parts. The collectors guide was released in 2006 (Version 1) and Version 2 came out in September 2008.”

I’m greatly honored to have Gary as the “resident historian” for theBrickBlogger. If you have any questions for Gary, you can ask in the Comment section below (yes, we read and respond to each and every one of them), or email Gary directly.