Are you a LEGO Castle fan? If you are, there is some interesting news for you! LEGO is changing the design of the LEGO horse! The original LEGO horse has been a staple of LEGO Castle sets for almost 30 years, and according to research done by the LEGO group it was time for an upgrade. 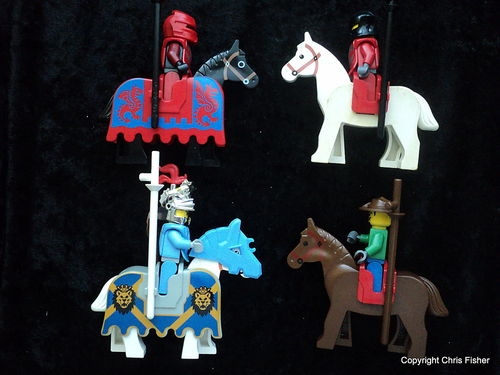 We first got a glimpse of the new LEGO horse in the upcoming LEGO Lord of the Rings sets. Most LEGO fans have been excited about the news. Although it is expected that not everyone will like the change. 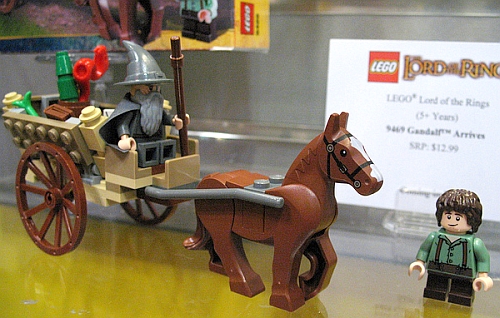 To shed some light on the reason behind the upgrade  Brickset member drdavewatford shared some comments from LEGO Senior Creative Designer Matt Ashton, originally posted on the LEGO Ambassador Forum:

Our core target audience of 5-10 year old boys has told us in ongoing testing that the original LEGO horse is a bit ‘baby-ish’, and too static to play with properly. So we’ve re-designed the LEGO horse to make it more dynamic, pose-able and appealing, by adding a higher level of detail. The new horse will appear in the LEGO Lord of the Rings sets scheduled to be released in June 2012.

The new LEGO horse can now kick, bolt and rear up on its hind legs, making it much more playable and pose-able, while the refined detail level has also made it seem more ‘grown-up’ and ‘cooler’ in kids’ eyes. 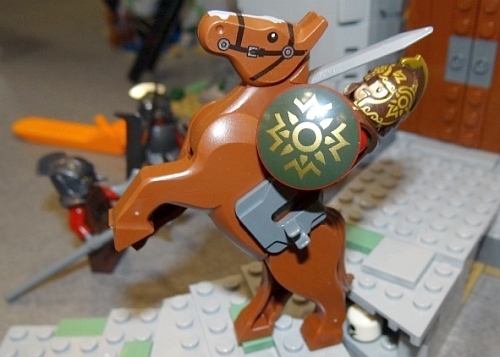 In making these changes we have obviously had to take into consideration several different challenges.

First, we are fully aware that the original horse may be perceived as a LEGO icon in many consumers’ eyes. So, when designing the new horse, we did our best to create a new version that pays homage to the original horse, particularly its proportions, silhouette and decoration style.

Second, we have made some design-choices in regards to the compatibility between the new LEGO horse and the existing horse accessories. The existing saddle-element can be used with the new version of the horse. The new horse can also wear the current barding, although it cannot be posed while wearing this element. We will be developing a replacement barding for future product launches, ensuring that the horse can be dressed for battle and still be fully pose-able. 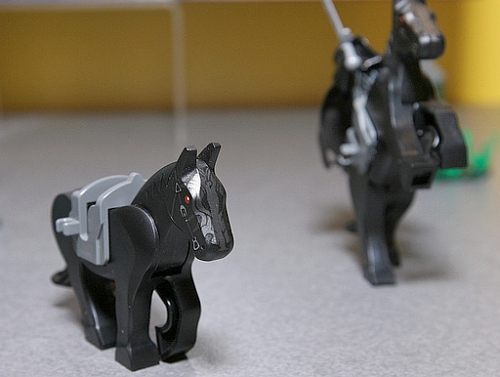 However, by streamlining the new LEGO horse’s head to make it more dynamic and more like a real horse, we had to decide that the existing horse-headgear/head-plates would not compatible with the new horse. These pieces will also soon be replaced with new elements in future products.

We apologize for any inconvenience or frustration this may cause to certain collectors, but we are striving to ensure that we are ultimately creating the best product and play-experience for our core audience for the long term.

I’m looking forward to seeing the new LEGO horse in person before I decide to make any judgements, but so far I like the shape of the head, and of course movable legs can’t hurt. I’m hoping that the design is not too different, so the new LEGO horse won’t clash with the original horses too much in a LEGO Castle battle-scene. That is my biggest concern as I have a whole herd of the original LEGO horses, and I like them quite a lot. 😕

What do you think of the new LEGO horse design? Do you like them? Or do you dread the change? You can share your thoughts in the comment section below. Also, you may want to check out more pictures in the LEGO Lord of the Rings section, or select from the links below: