If you are a regular around here, you probably know that while I’m a lifelong LEGO fan, I have been also keeping an eye on the Mega Construx (formerly Mega Bloks) sets. I mostly pay attention to their collectors’ series, as I really like the fully articulated and very detailed micro action figures, and also appreciate some of their accessories. So far, I have been collecting some of their Halo, Call of Duty, Destiny, Assassin’s Creed, Teenage Mutant Ninja Turtles, and American Girl (including Wellie Wishers) figures, and I’m also very curious about their upcoming World Beyond theme we talked about previously (see here: Mega Construx 2017 Summer Update & More!). 🙂

Many LEGO fans only know Mega Construx as a LEGO competitor, and don’t pay much attention to the company. I don’t know much about them either, besides what they share on their website and what I have learned through JANGBRiCKS reviews, however next week, I have a chance to visit their headquarters in Montreal. I’m actually really looking forward to this little adventure, and have been gathering questions to ask during my field-trip. Below, I’m sharing some of the things I thought to ask. 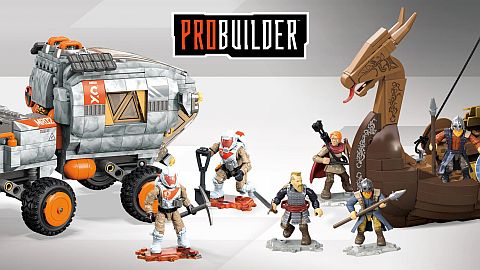 ➡ MEGA CONSTRUX QUESTION #1: I will give a little bit of background to my first question, so you know what I’m asking about. The World Beyond display at the New York Toy Fair was one of the highlights of the event, and got a lot of attention and excitement from both Mega Construx fans and the general public. The display featured a futuristic city, space exploration, and underwater exploration in a futuristic environment. Mega Construx fans were hoping that this was a sign of a future theme, which – at least partially – has been confirmed by Mega since then. The new theme is called Probuilder, and includes two known sets so far. The Viking Longship Raid, with an intricately detailed Viking ship and Viking warriors, and the Space Rover Expedition, which is similar to the space exploration section of the World Beyond display (see both sets below). 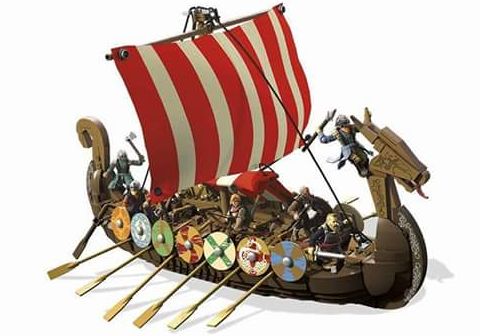 Mega releasing the Probuilder collection is a big deal. They have been solely focusing on licensed themes, and always shied away from making their own thing. With the two sets revealed so far, it seems that they are planning to release high quality and very detailed historical and futuristic sets that are not tied to any movie, comics, or video-game. During my trip, I would love to hear more about both the World Beyond display and the Probuilder theme.

➡ MEGA CONSTRUX QUESTION #2: In the LEGO & Mega Bloks Mini-Dolls Comparison article, I mentioned that while I really like the American Girl Wellie Wishers figures, I found some quality issues with how they fit together. I would like to know more about their design process and quality-control, as it seemed to me that someone dropped the ball when they transitioned the larger American Girl figures to the shorter Wellie Wishers. 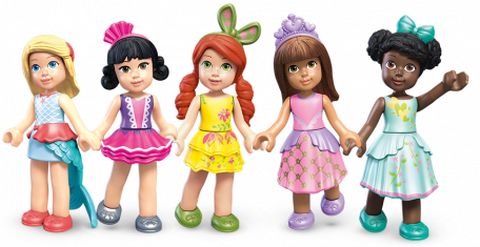 ➡ MEGA CONSTRUX QUESTION #3: I would also like to ask why Mega Construx doesn’t have a direct online shop. They do have a shop section on their website, which lists all the sets currently in production, however you can’t actually buy anything directly through the website. You have to hunt down the sets at Toys’R’Us, Wal-Mart or other retailers either through their local stores or websites. It would be so much easier to just shop with them directly. They could also implement a loyalty program, sign up their fans for newsletter announcements, etc. Related to this question is another question; I have heard that Mega Construx sets are very difficult to find outside of North America. Maybe they can share something to understand their distribution better, and what future plans they have in this regard.

➡ MEGA CONSTRUX QUESTION #4: As I mentioned in the Farewell to Mega Bloks Assassin’s Creed article, I’m still upset that Mega discontinued the theme. I don’t really care for the game, but the collection was an excellent source of historical action figures. I was so looking forward to the crusaders sets! Anyway, I wanted to grumble a bit and give Mega a piece of my mind. I’m also secretly hoping that maybe the Probuilder sets will have similar historic figures.

➡ MEGA CONSTRUX QUESTION #5: I don’t know if I will be able to confirm this and if they are willing to tell me, but I have heard that Mega actively recruits former LEGO designers. 🙄

➡ MEGA CONSTRUX QUESTION #6: I would like to learn more about what Mega is doing, or plan to do, about their brick quality. Even though I have interest in their micro action figures, I still refuse to buy and build a larger size Mega Construx set. Not even the sets from the collectors’ series measure up to the building experience with LEGO. The bricks are made of a harder, less yielding plastic, which makes putting the pieces together and separating them much more difficult. In addition, Mega Construx doesn’t have a set color-palette. They go with different colors for every theme, which makes building your own thing from the pieces very difficult. They have been, however, much better at having less specialized elements for each set or theme (at least in the collectors’ series), indicating that they would like to provide a better building experience. Mega Construx building pieces are basically copies of LEGO elements, although they also have some useful pieces of their own. 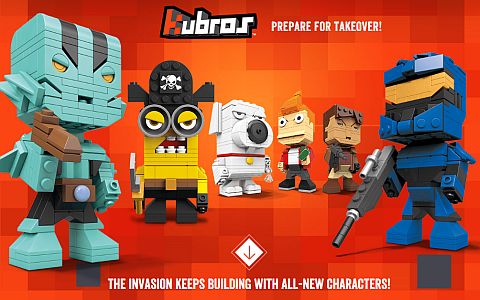 ➡ MEGA CONSTRUX QUESTION #7: One thing Mega is definitely very good at is that all of their sets that are meant for teen and adult collectors are fully printed. They don’t use stickers at all. In addition, their micro action figures are amazingly detailed with high-quality printing. I’m hoping to learn more about their graphic-design and printing process. Particularly, because I have heard that on their limited-release micro action figures they use a combination of printing and hand-painting. 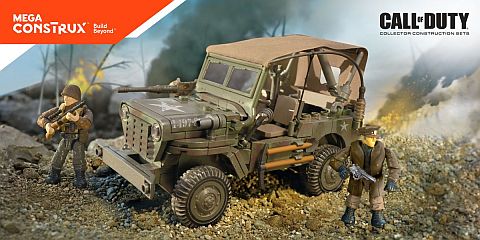 ➡ MEGA CONSTRUX QUESTION #8: I would also like to understand better how Mega views themselves in the toy business, and what are their present and future goals. As I mentioned previously, they are mostly known as a LEGO competitor, but they are also doing some of their own things where they are clearly unique (high-quality micro action figures, sets based on games, movies, comics, etc.). Are they trying to cater to LEGO fans, or corner a completely different market? Whom do they see as their target audience? Kids? Adult collectors? Gamers? LEGO fans who are willing to experiment with other brands? 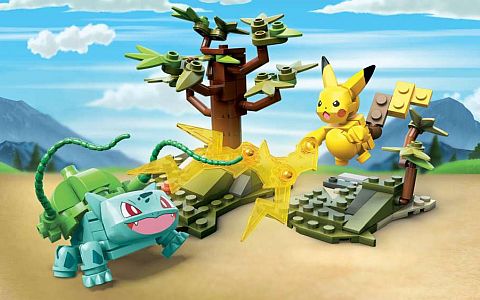 ➡ MEGA CONSTRUX QUESTION #9: As I’m mostly coming from the adult LEGO fan perspective, I’m also curious about if Mega has any events, programs, conventions, etc. for their teen and adult fans. I’m aware that they have a semi-active forum via their website, but besides that, I haven’t really seen any dedicated websites, blogs, forums or YouTube channels run by their fans. While there are some reviews on YouTube, most of them are poor quality and unreliable. The only reviewer I know and trust for Mega Construx sets is JANGBRiCKS. If Mega doesn’t cater to their older fans and collectors, they are really missing out in my opinion.

➡ MEGA CONSTRUX QUESTION #10: I read an interesting article recently at the Canadian Plastics website, which talks about how Mega was planning to bring most of their production back to Montreal with the help of a five-year recapitalization plan and government loans. It was also mentioned that the Mega Construx line has been doing exceptionally well, with significant growth in sales both in North America and globally. The article was written just about four years ago (September 2013), so I’m very curious to see how this plan worked out. I hope I will have a chance to ask someone during my visit. 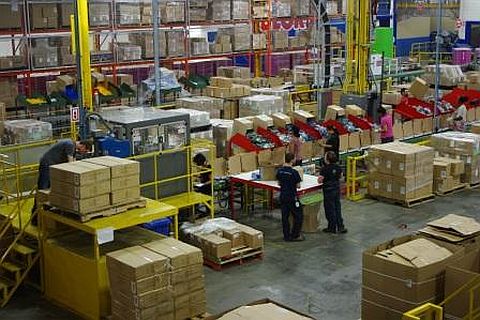 And now, I open up the questions to you; what would you like to ask Mega? Do you have any questions, requests, ideas, or anything else you would like me to bring up while I visit their headquarters next week? Feel free to share in the comment section below, and I will make sure to add them to my list. Also, I have never been to Montreal before, so if you have any tips for me on where to visit and what to see you are welcome to add that as well. 😉