Create your own icons of the film world with the new #43179 LEGO Disney Mickey Mouse & Minnie Mouse Buildable Characters. The timeless animated duo is coming to select LEGO stores and the Online LEGO Shop from the 1st July. Press-release with further details below.

Step back in time and get hands-on with the original animated stars of the silver screen, as Mickey Mouse and Minnie Mouse are brought to life in buildable LEGO brick form. With this brand-new construction set, fans can re-live fond memories and immerse themselves in the magical world of LEGO Disney, as they build their own versions of the world famous couple. 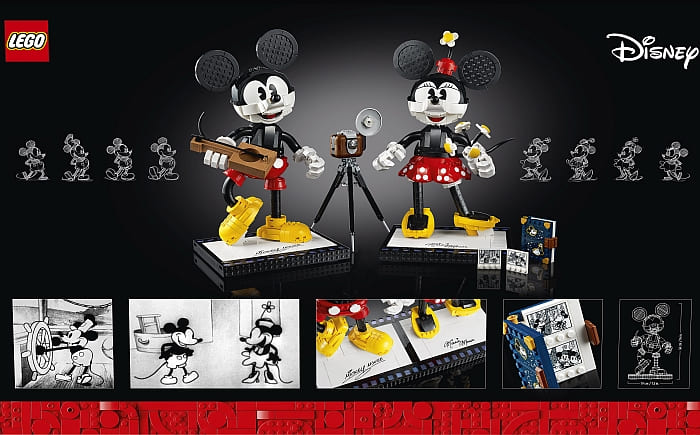 Based on Walt Disney and Ub Iwerks’ iconic characters,, the large-scale #43179 LEGO Disney Mickey Mouse & Minnie Mouse Buildable Characters are full to the brim with nostalgic and stylish details. Perfect for Disney fans looking to re-create the magic again and again, these dynamically posed models not only come dressed in their instantly recognizable original outfits, they also come equipped with a series of unique buildable accessories to pose with, including a retro camera, a guitar, and a photo album complete with pictures of the iconic duo’s adventures from years gone by – creating endless possibilities when it comes to displaying the beloved couple. 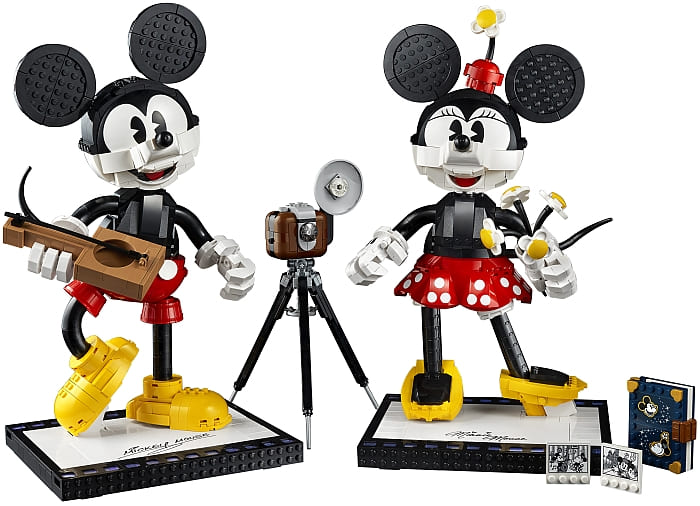 Helping to bring some nostalgic movie magic into any home or office, each figure in the new set also stands on a base that resembles an old-time film reel, complete with the original character signatures. With Mickey Mouse standing tall at 14 in. (36cm) high and Minnie Mouse at 13 in. (35cm), the pair make a perfect addition to any Disney fan’s collection or as a stand-alone display. The coffee-table-quality instructions help guide you through the project, with stories and vignettes to add entertainment value during building. This LEGO set makes a perfect creative outlet to escape the daily grind. 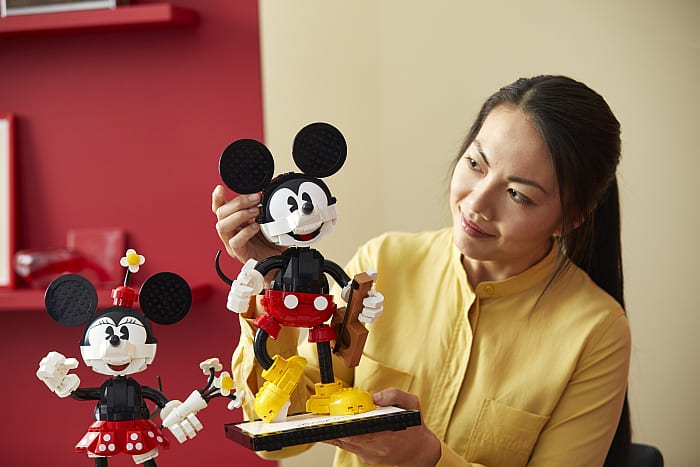 As well as making an impressive display piece, the 1,739-piece set is a mini feat of LEGO brick engineering, with LEGO designer Ollie Gregory focused on doing these classic stars of the big screen justice. Ollie commented:

“We always look to design things that people would like to put on their shelf, including my own, which is why we went for the ‘classic’ Mickey Mouse design with the iconic silhouette and color palette – as a surprise for builders, the characters insides are built from colorful elements inspired by classic outfits worn by the pair in the past. The Mickey Mouse and Minnie Mouse Buildable Characters are extremely detailed and intricate, and there were lots of challenges to overcome. For example, to create the tips of their noses we even had to bring back the LEGO Classic Space helmet in black, which hasn’t been seen since 1987. LEGO fans will also notice that we have debuted a new color in this set, 363 – Trans-Brown with Opalescence, the first time it is included in any set – so there’s lots to explore with this build!”

The LEGO Group has a range of LEGO Disney sets that are sure to bring back loving memories of Disney films and trips to Disneyland including the #71044 LEGO Disney Train and Station, #71040 LEGO Disney Castle, and the #21317 LEGO Ideas Steamboat Willie. This latest addition to the LEGO Disney collection has been designed specifically with adults in mind – giving builders a creative outlet to help focus their minds and re-charge from their busy lives, as they get hands-on building these two iconic Disney characters. 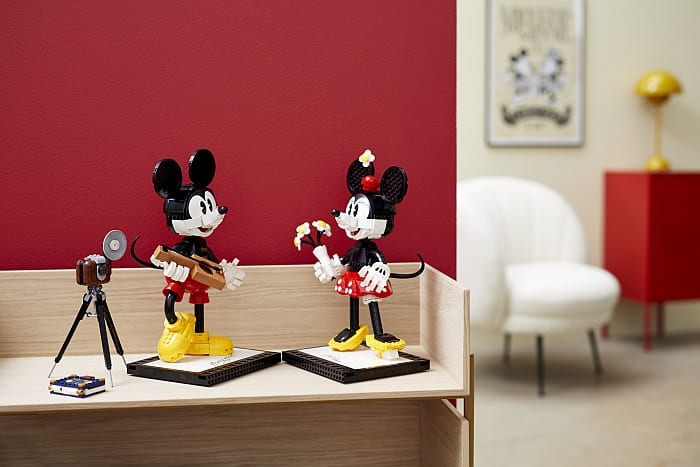 The #43179 LEGO Disney Mickey Mouse & Minnie Mouse Buildable Characters construction set is the latest example of how the LEGO Group aims to inspire builders of all ages to build, rebuild and get excited by the process of creation. It will also feature the new stylish, adult-focused packaging in order to reflect the sophisticated nature of the creative process and allow adult builders to find products related to their passions. 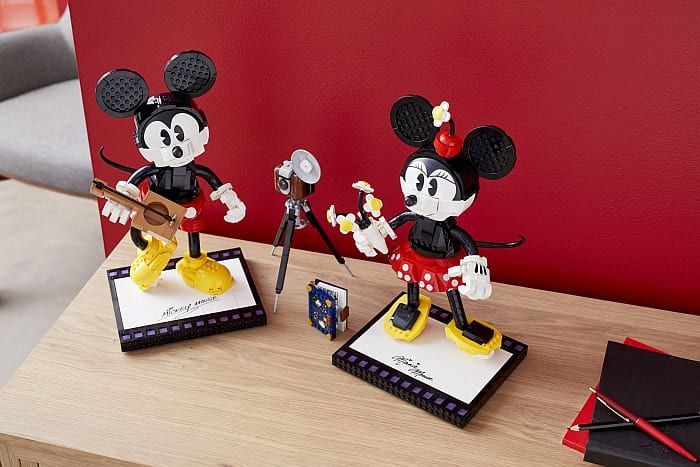 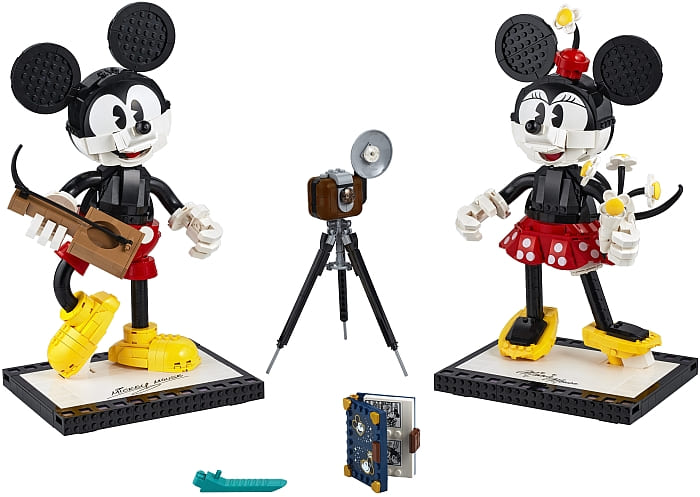 What do you think? How do you like the LEGO Disney Mickey Mouse & Minnie Mouse set? Is this something you plan to add to your collection? Do you have any of the other large LEGO Disney sets? Which one is your favorite so far? Feel free to share and discuss in the comment section below!