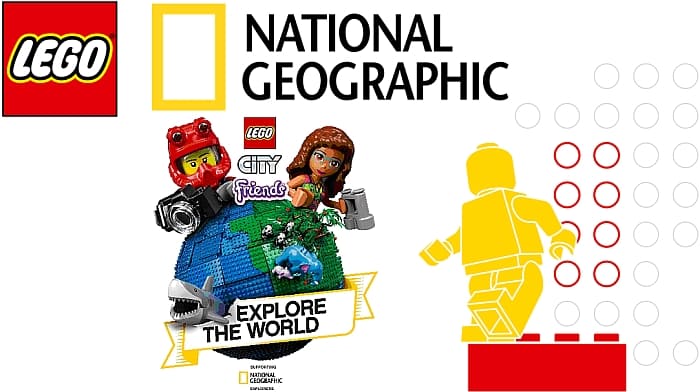 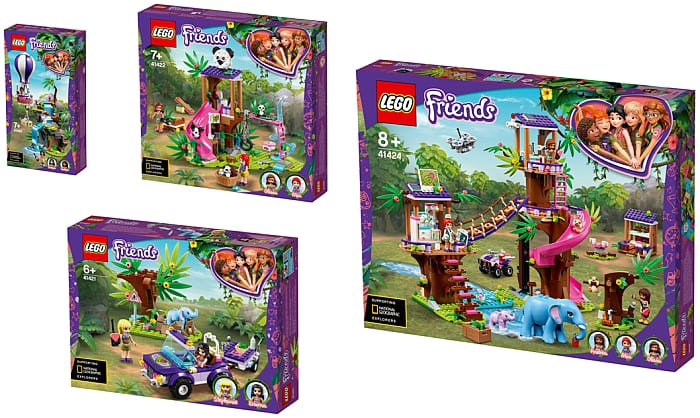 Notice that all of the sets include really cute animals, including some brand new ones! The #41421 LEGO Friends Baby Elephant Jungle Rescue and the #41424 LEGO Friends Jungle Rescue Base both comer with elephants. The larger of the two has an adult and baby elephant (new moulds), as well as two sloths (also new moulds), and a turtle. 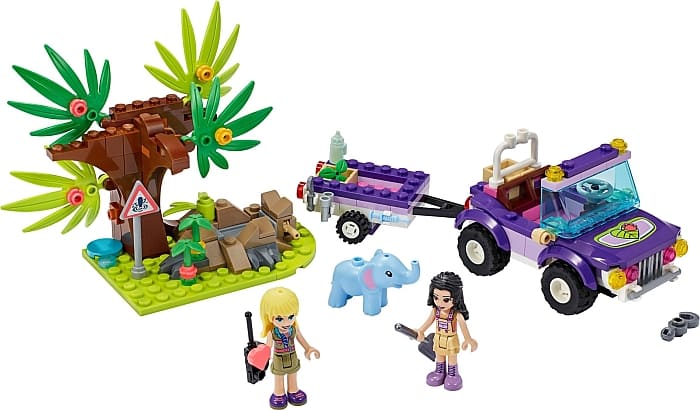 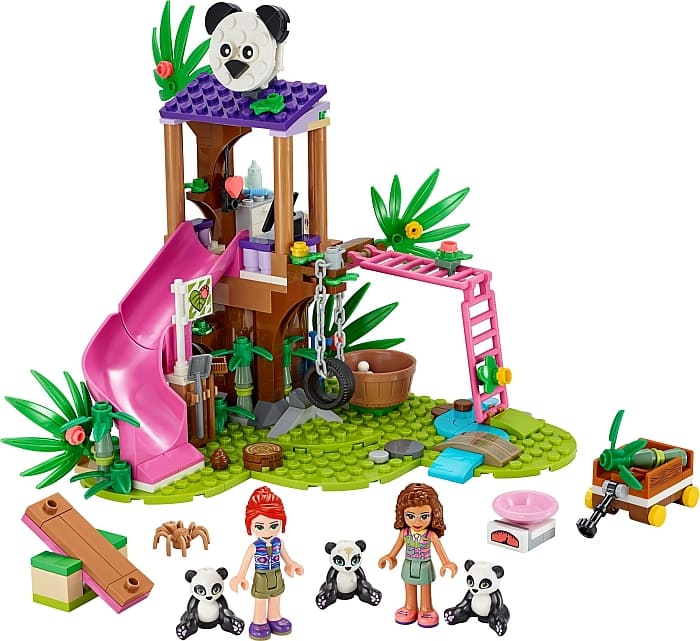 As all the sets are focused on jungle rescue, each feature some kind of rescue situation. In the #41421 LEGO Friends Baby Elephant Jungle Rescue, a baby elephant gets stuck in the mud, and with no adult elephants around, it has to be rescued by Stephanie and Emma. In the #41422 LEGO Friends Panda Jungle Tree House, Olivia and Mia take care of orphaned baby pandas. 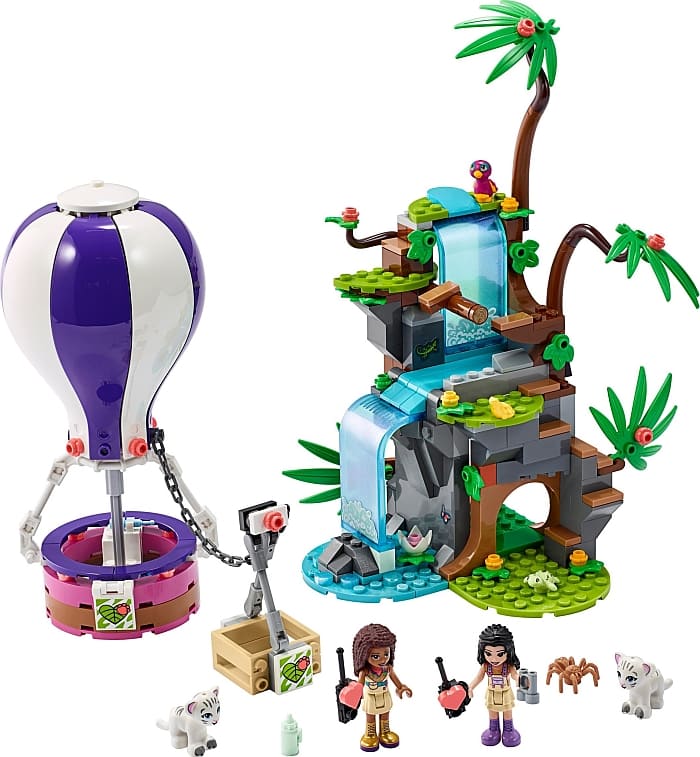 In #41423 LEGO Friends Tiger Hot Air Balloon Jungle Rescue, Andrea and Emma take to the skies to rescue two tiger cubs from a waterfall. The #41424 LEGO Friends Jungle Rescue Base is the main center for animal rescue and care, where Mia, Olivia, and Andrea scan the forest with a drone to monitor animals, and take those that need medical attention to the clinic. And in the #41432 LEGO Friends Alpaca Mountain Jungle Rescue, Mia and Stephanie are taking on the heroic effort of saving three alpacas from the just about exploding volcano. 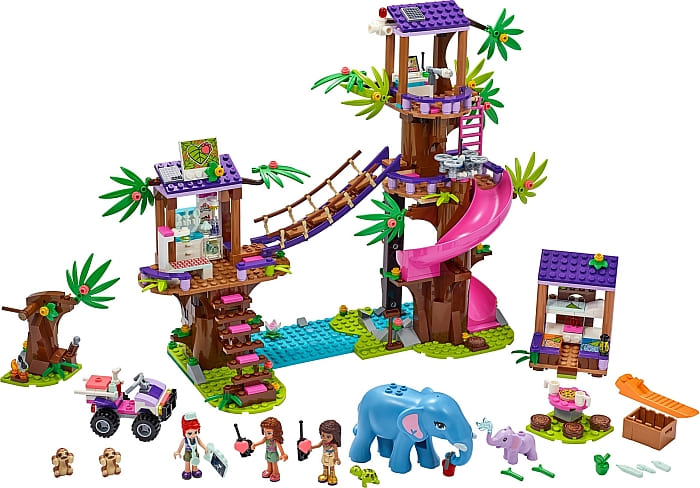 There is so much to like about these sets even besides the new animals. The settings are quite lovely with a large array of foliage pieces, and the layouts are very nicely arranged. Just one of these sets can provide hours of play, and if you combine them, you can have a seriously cool jungle diorama with lots of creatures and action. 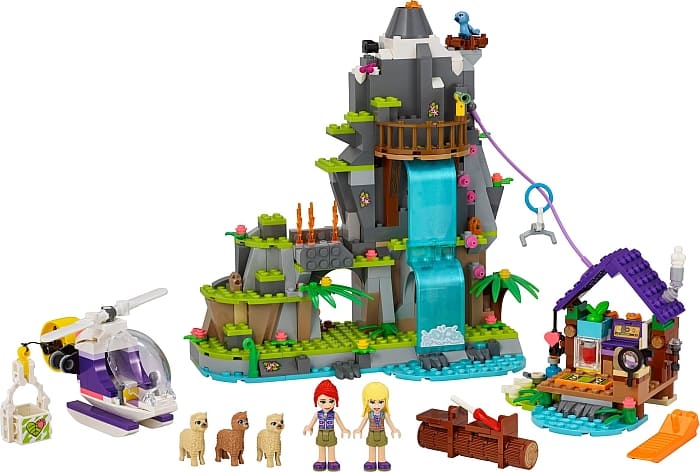 As I mentioned, the sets are now available in North America, keep in mind that due to the current high demand, and the LEGO factory in Mexico still closed, it’s possible that these sets will be on backorder or out of stock soon. Of course, you can still get them later, but if you want them as soon as possible, the earlier you order them, the less chance there is for delays. You can find them all at the .

What do you think? How do you like the new LEGO Friends Jungle Rescue sets? Which one is your favorite? Are you planning to get any of them? And what other rescue situations would you like to see in the collection? Feel free to share your thoughts and discuss in the comment section below!