If you’re subscribed to the LEGO Life Magazine, you should have gotten the fourth issue of the year by now. As usual, the magazine is full of comics, puzzles, posters, and games, and because we are close to Christmas, it includes some holiday-themed activities and building projects as well. 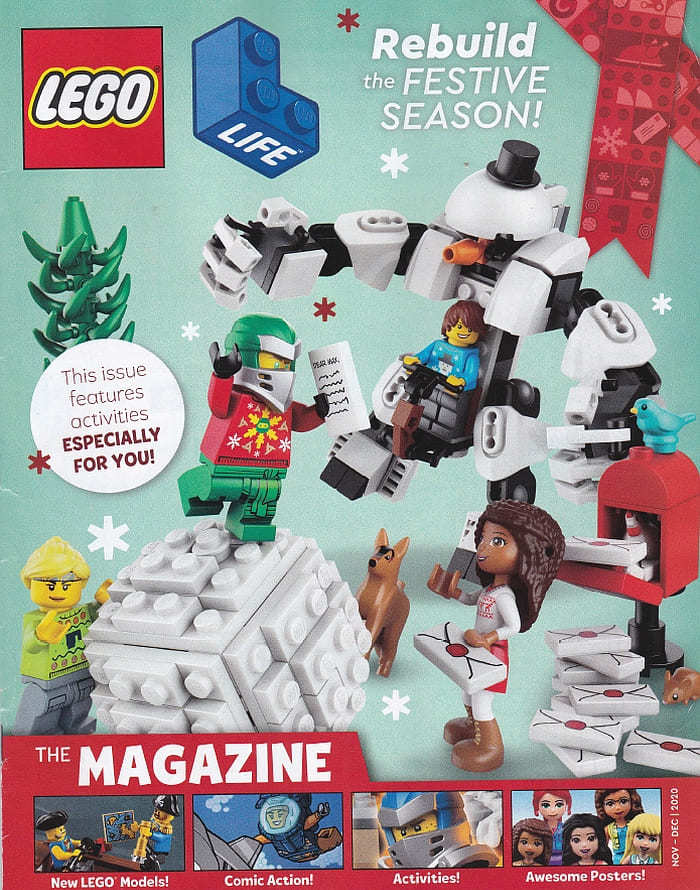 Even though the magazine is meant for kids, I also like to look through it as an adult. It often features small builds that give me some ideas, introduces me to sets I haven’t paid much attention to, and the various puzzles and games are always fun. 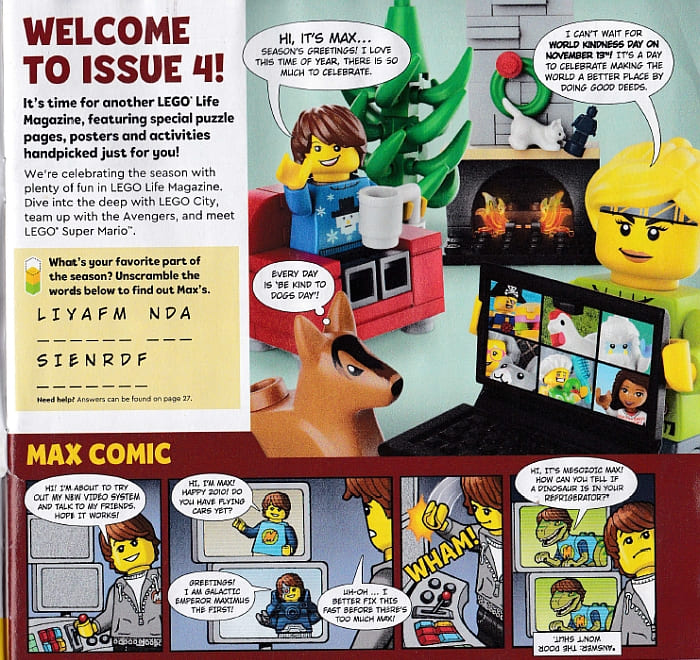 One thing I noted in this particular issue is how many Christmas-themed minifigs LEGO released this year. I like to collect different torso decorations, as I make sure no two minifigs are alike in my city, and all the various Christmas sweaters add lots of variety. (Most of these minifigs can be found in the LEGO Advent Calendars and other Christmas-themed sets.) 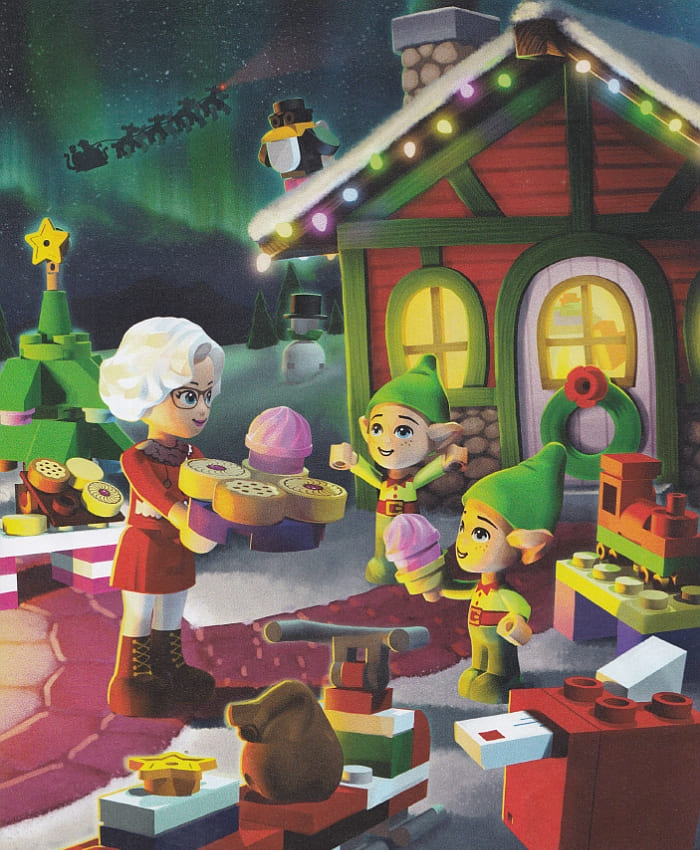 Another unique feature of this issue is that it came with a thick product catalog. This is not the regular shopping catalog LEGO VIP members normally get with some of the most popular sets, but a smaller and thicker magazine with 123 pages featuring pretty much the entire currently available product range. There are no descriptions and no prices included, only set pictures, set numbers, and names. 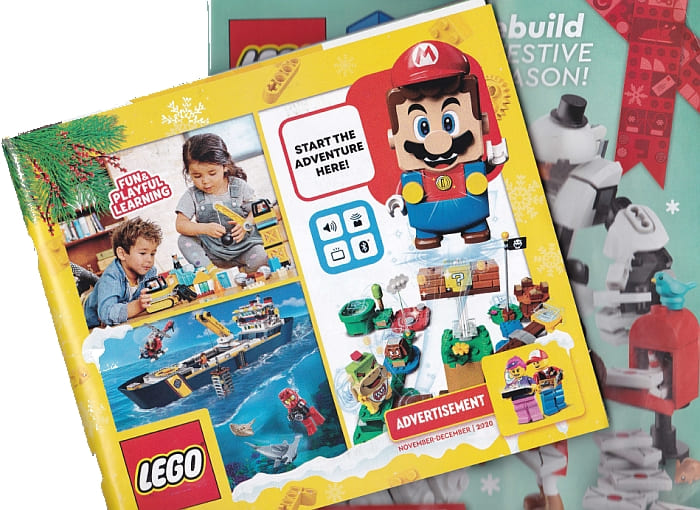 I have never seen a catalog like this in the U.S., but I believe it is more common in European countries. I like it. It allows me to look through most of the currently available LEGO sets without being glued to a computer screen. Note that some of the later sets released this year are not featured, so the catalog is not as complete as the database of the Online LEGO Shop. 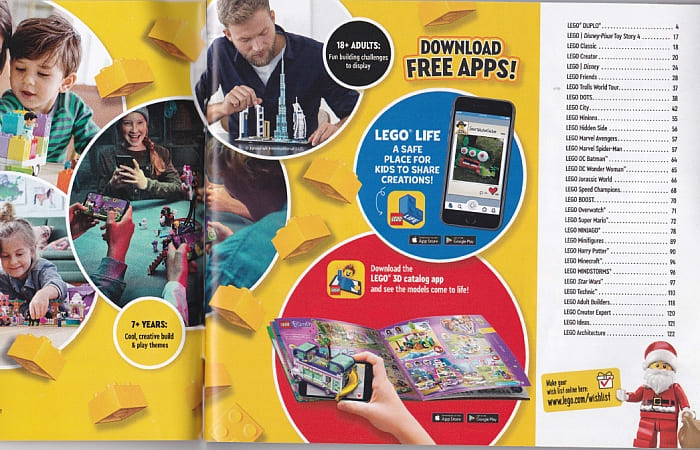 As far as holiday-themed activities, there are instructions for a small Gingerbread House at the back of the LEGO Life Magazine, and the front features a Snowman mech, snowball, and a pine tree using green bananas. Green bananas don’t exist yet, so this is just a fun image, but the snowman mech and snowball could be built with real pieces. 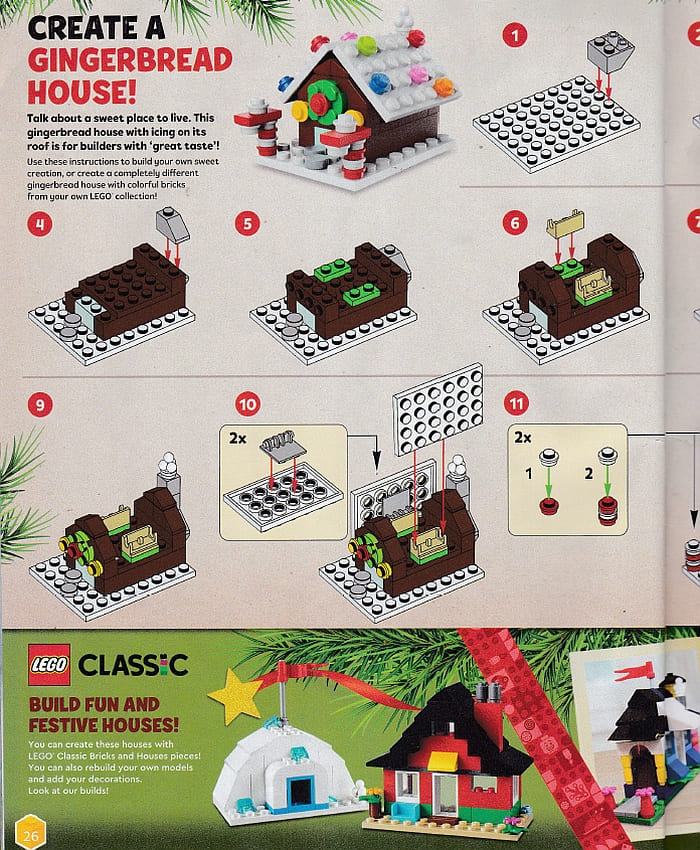 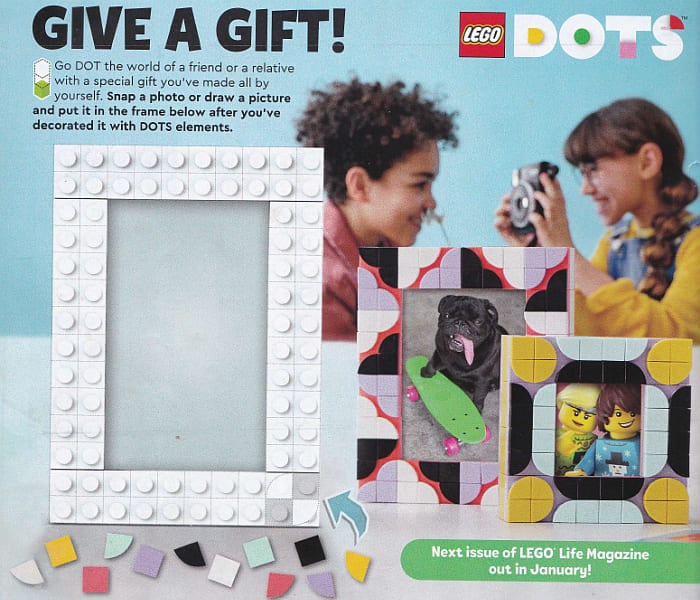 What do you think? Do you get the LEGO Life Magazine? Have you received the latest issue yet? What do you think of the additional product catalog? Feel free to share your thoughts and discuss in the comment section below!