There is a bit of update on the upcoming The Secret Life of LEGO Bricks book that was announced back in August. You can read more about the book via the links at the end of this post, but to recap, this book is the result of a survey and fan vote conducted by LEGO. They asked adult LEGO fans what kind of book they would like to see published. According to the most recent update at the LEGO Ambassador Forum, the book is well on its way and sounds pretty interesting from the description. Below are the details. 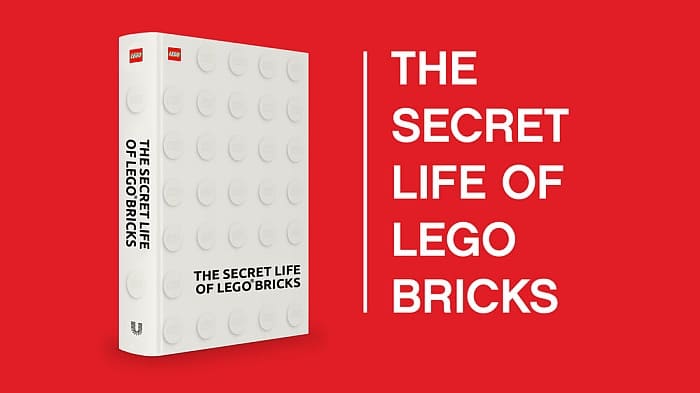 “We should definitely do more for AFOLs in the book area.” That was one major takeaway from the 2019 Books for AFOLs Workgroup, according to Sanne Dollerup, Project Manager in the AFOL Engagement Team. The workgroup ran with 51 AFOL participants, who took part in a survey and discussion around the possibility of LEGO books targeted at adults. “There are of course plenty of LEGO books targeted at AFOLs already on shelves by other publishers, so it was important to understand how the LEGO Group could make this one special”, Sanne explains.

“After working with the AFOL Engagement team to survey the LEGO Ambassadors Network, we confirmed our belief that AFOLs love books and are looking for information that no other publisher can provide,” says Robin James Pearson, Director of LEGO Publishing. This was a book for AFOLs, with AFOLs as involved in the process as possible. “We believe there is a strong opportunity to support and serve the AFOL community with a niche, targeted, co-created book that answer the specific needs of this important audience,” Robin explains.

But what should the book be about? “Initially we wanted to do this crowdsourcing of ideas via the LEGO Ideas platform, but with the risk of competitors stealing those ideas we felt it was better in a more closed form – and then came the idea of doing a workshop with LAN Ambassadors,” states Sanne.

While the workgroup involved participant giving basic feedback about AFOL books, the workshop was much smaller and more focused on book topics. The workshop ran virtually in June 2020 with fourteen handpicked AFOL volunteers. These volunteers gave feedback directly to the strategic publishing partner AMEET, referred by The LEGO Group’s publishing partner Unbound, on five possible topics – helping the team narrow down the choice to the three featured in the LEGO Ideas vote: The Brick Museum, LEGO History in 100 Bricks, The Secret Life of LEGO Bricks. 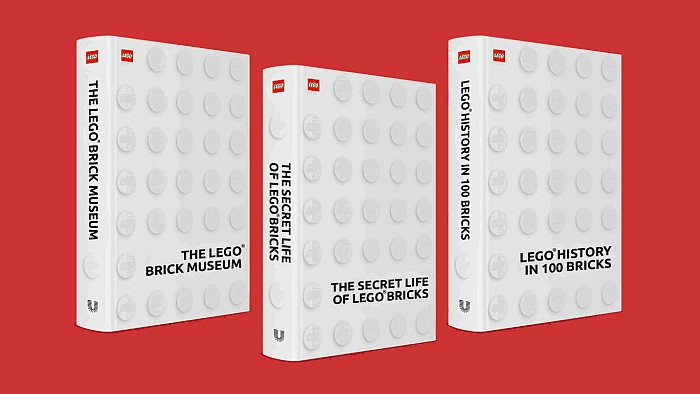 Next came the fan vote on LEGO Ideas, where participants voted on which book they’d most prefer. The results were announced in August; the first AFOL co-created LEGO book will be The Secret Life of LEGO Bricks.

From crowdsourcing the book moved into crowdfunding through Unbound. “We want to offer AFOLs books that are just for them, books that they wouldn’t find at commercial outlets because they are too focused and made specifically for the adult LEGO fan,” says Robin. To do that, it was necessary to crowdfund the book – to ensure there was a market for it.

Funding did not take long. “We launched the crowdfunding in August and just two weeks later the book was fully funded!” exclaims Sanne. Not bad for a book which technically has not been written. Not that AFOL author Daniel Konstanski was not already busy doing research. “Having an AFOL for the author means he knows what questions are relevant,” says Sanne. “Our partner at AMEET is also an AFOL and he was very impressed by the input from the workshops. The one strong point he took out of the workshop was that fans want to go deep, rather than stay at the surface of the topic.”

With a book targeted at AFOLs, who already have so much knowledge of LEGO, it is important this book is highly detailed and gives readers even greater insight into the brick.

“We expect to keep this crowdfunding open until the spring of 2021. This is the only way to get your hands on this book. It won’t available at stores either online or physical”, says Sanne. So if you want to get the book, you have to fund it while it’s still available, which you can do here.

Sanne also said that LEGO Publishing is already looking into other ways AFOLs can be involved more, both in the production of this book, and in future projects. “There is a lot of internal attention to this project, which is always great but in this case even better as it is about AFOLs!” she explains. “Every meeting I have with the publisher they get more and more excited; they are so impressed by the community.”

If you’re interested to get the book yourself, you can go to the crowdfunding page and check out the funding packages available. I believe the cheapest option is $75, so the book is pretty prices, but based on the information above, it is going to be a very limited publication. So far, there are about 2,000 supporters, so the final print will probably be a few thousand copies.

What do you think? Is The Secret Life of LEGO Bricks a book you’re interested in? Are you planning to pre-order it? Feel free to share your thoughts and discuss in the comment section below!