Last week we took a look at the most recent wave of LEGO Ninjago sets (see: LEGO Ninjago Seabound Sets Review).  These sets are closely related to the Islander wave that came out earlier this year.  In The Island, the ninja find one of two amulets, and Seabound is about them trying to keep the amulets out of the bad guys’ hands! 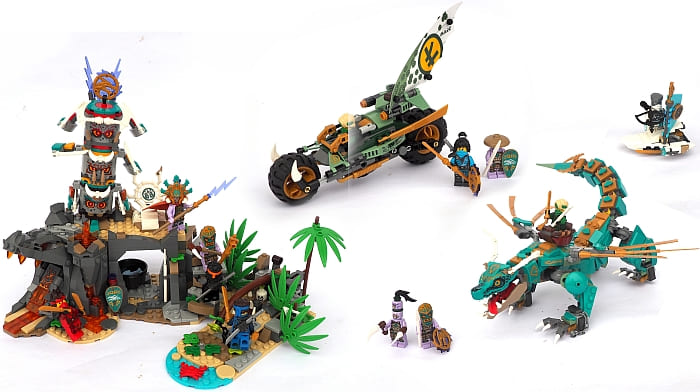 I really enjoyed this wave—the colorful ninjas look at home on the bright beaches and jungles of the island.  I also like the new headband and hair molds that most of the ninja have and it’s fun to see Lloyd with a new face print that includes some dirt stripes, presumably for camouflage!

The “bad guys” this season (spoiler alert: they’re actually not bad guys) are also fun with lavender bodies and toothy grins.  In the first three sets of this wave there are five of these minifigures—I wish there were more!

Let’s start taking a look at the sets with #71745 LEGO Ninjago Lloyd’s Jungle Chopper Bike.  This bike got big jungle-eating wheels!  I think it looks a little messy, but I do like the sail on the back. 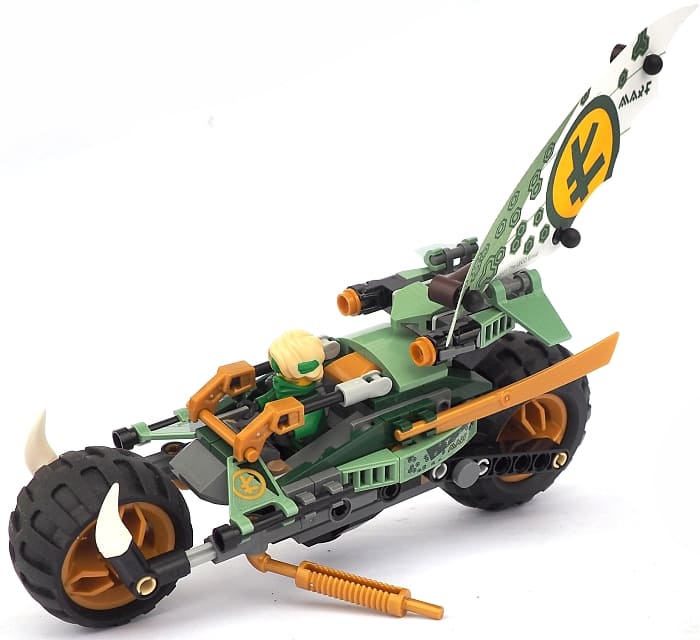 The back section has a spot for a minifigure and comes off so Nya can fly around on scouting expeditions. 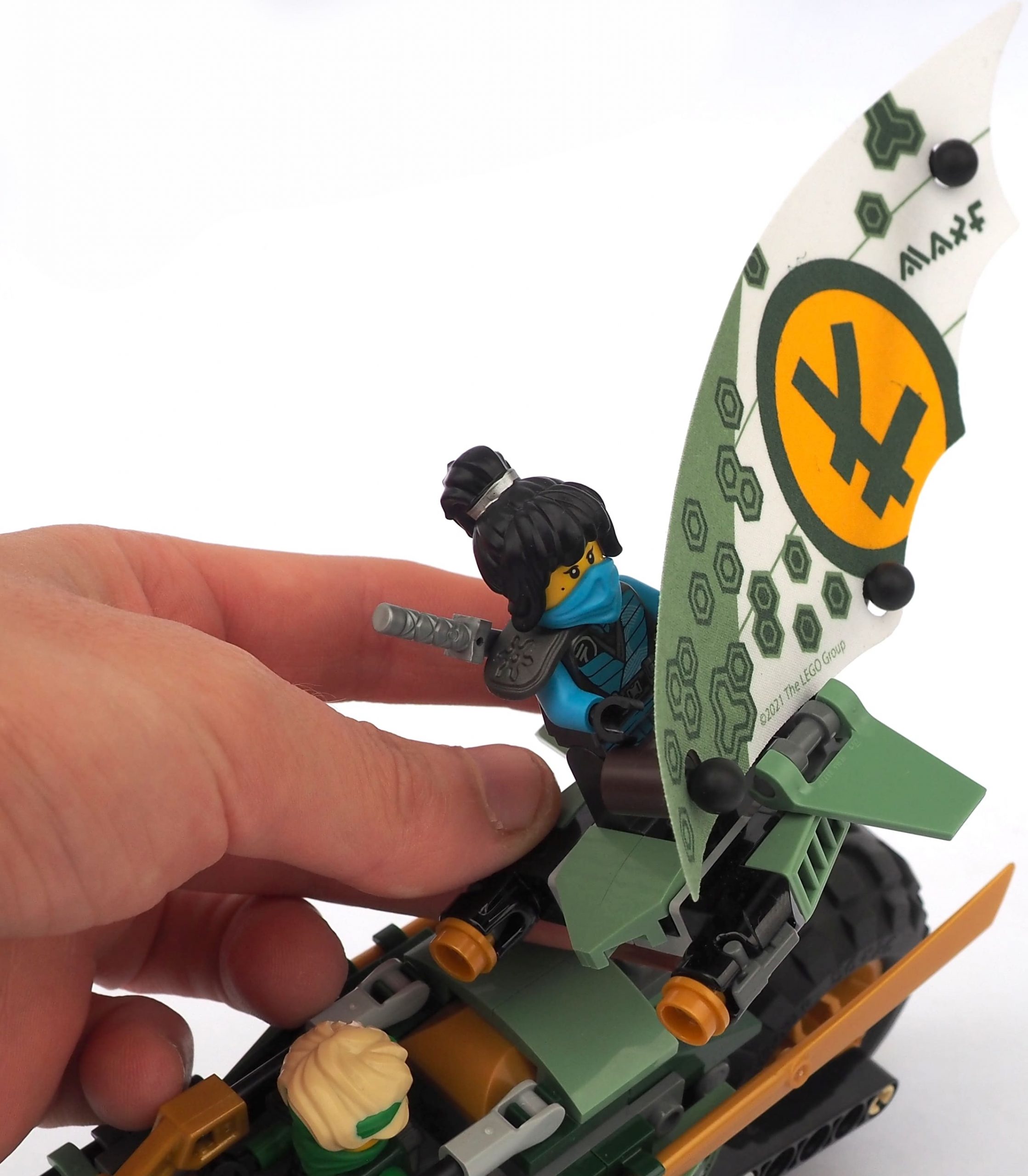 Another thing this bike has is wonderful suspension! 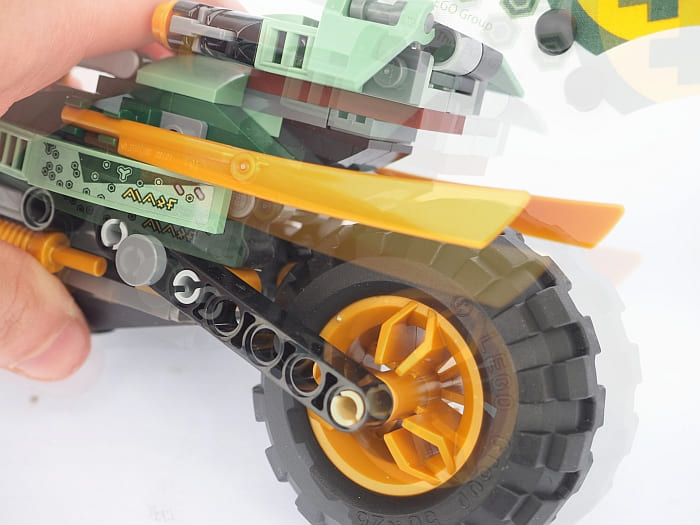 The next set is the #71746 LEGO Ninjago Jungle Dragon.  I don’t think I’ve ever seen a dragon that looked more like a cute doggie. The designers built a really interesting angle into this dragon’s back and its panting tongue is begging for a bone!  It’s got a great floppy tail too. 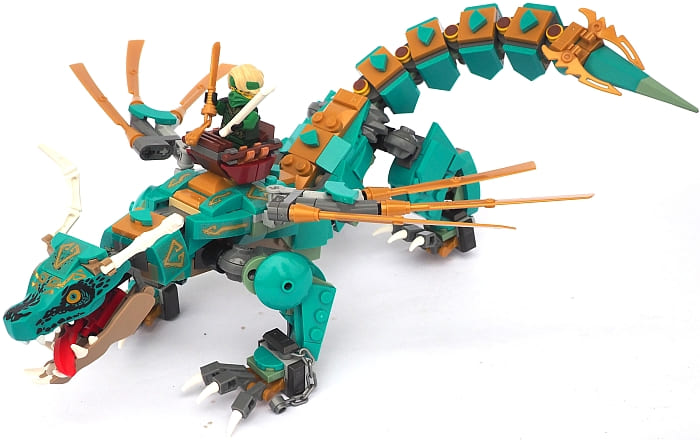 The next set, the #71747 LEGO Ninjago The Keepers’ Village, is one of the best play sets I’ve seen in a while.  It’s got three sections attached by hinges or clips, so you can open it up to explore the inside of the cave. 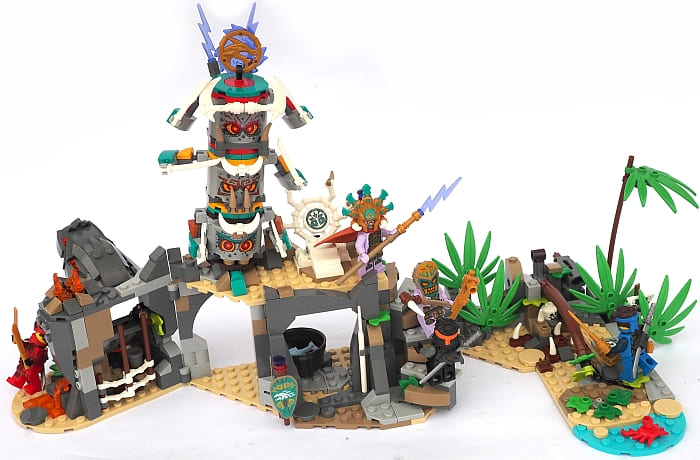 There are also some fun features, like this tree that can yank Jay off the ground. 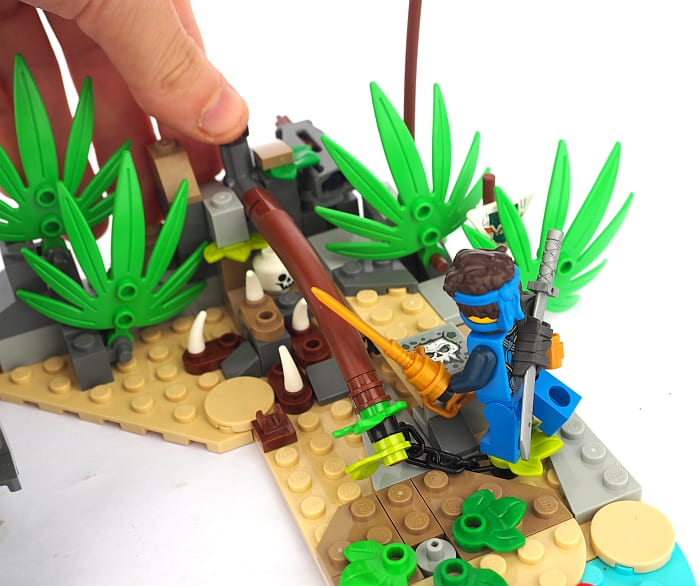 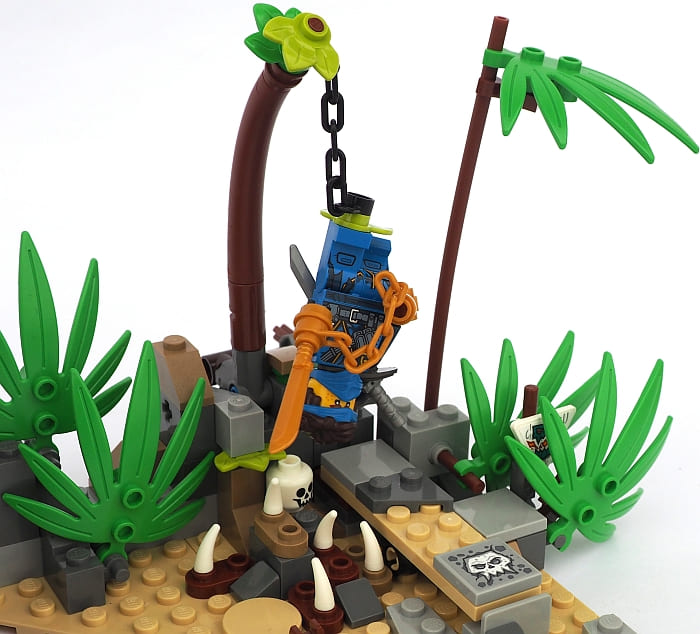 The stone dragon head can raise its lower jaw to allow prisoners in the cave to escape. 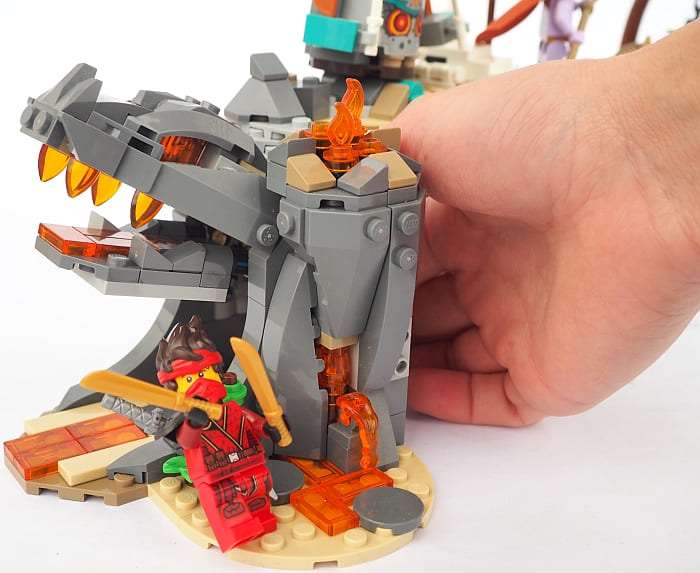 And if that’s not enough to play with, the stone cylinder statues can jump off their wiggling perch and attack the ninja!  These little guys got mixed reactions from my siblings, but personally I think they’re adorable. 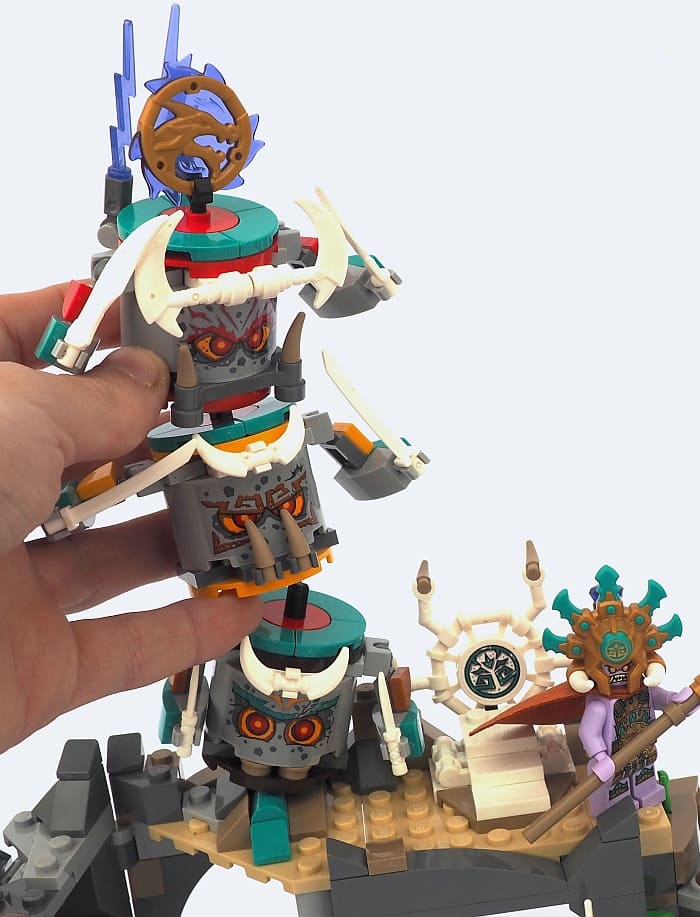 The Island is one of my favorite waves of Ninjago sets.  I like how it broke the traditional mold a little, giving us a super cute dragon that is nobody’s in particular, a rambling beach and rock scene, and a fun bike for Lloyd.  Of the three sets, #71747 LEGO Ninjago The Keepers’ Village is my favorite; it’s got lots of play value and useful pieces. The #71745 LEGO Ninjago Lloyd’s Jungle Chopper Bike is less exciting for me; I love the functions, but the shape of the vehicle is nothing too special.  On the other hand, the #71746 LEGO Ninjago Jungle Dragon is uniquely cute among Ninjago dragons!

Once again, unfortunately I don’t have the largest set, the #71748 LEGO Ninjago Catamaran Sea Battle to complete the wave, but you can check it out, along with the other sets we discussed here, at the LEGO Ninjago section of the Online LEGO Shop. 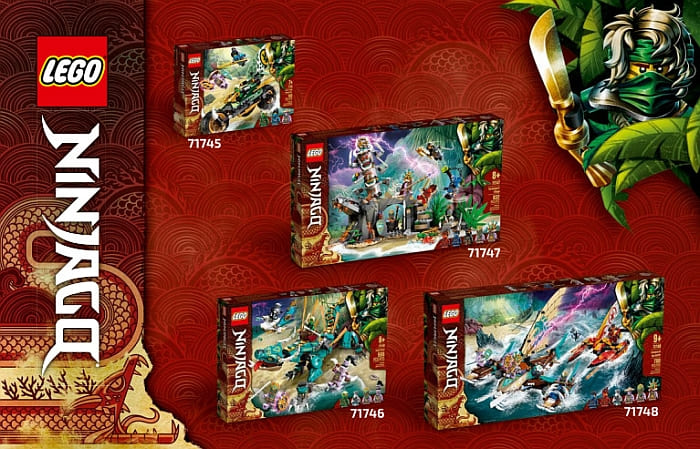 What do you think?  Do the ninja look cool in the jungle?  How do you like a dragon that’s just “for fun” and doesn’t belong to any one of the ninja?  Are you thinking of getting any of these sets?  Feel free to share your thoughts in the comment section below!