LEGO Friends celebrates its 10-years anniversary this year, and the company released the following press-release, along with some incredible sets that are already available. 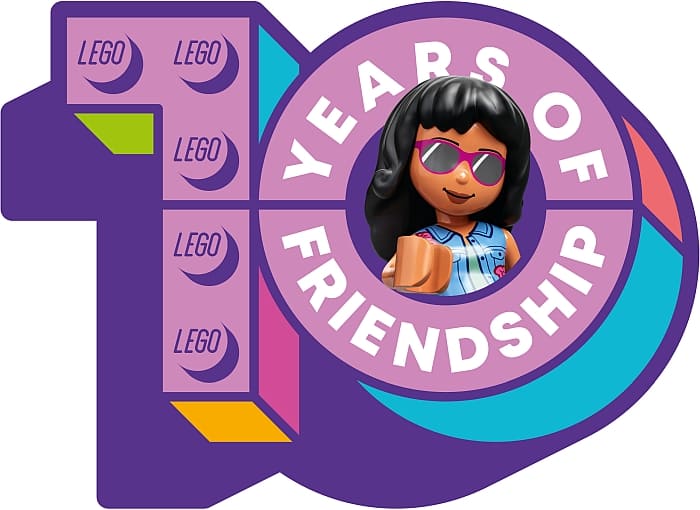 The LEGO Group invites fans to celebrate a decade of LEGO Friends as we take a nostalgic look back at some of the theme’s unforgettable milestones. To mark the 10th anniversary, the LEGO Group is releasing an exclusive new celebratory set – the #41703 LEGO Friends Friendship Treehouse – alongside seven other new sets on January 1st to add to the popular Friends franchise.
Ever since its launch in 2012, the LEGO Friends universe has taken children on countless adventures set in realistic play worlds where they can explore the aspects and values of friendship while sparking their creative curiosity and confidence. 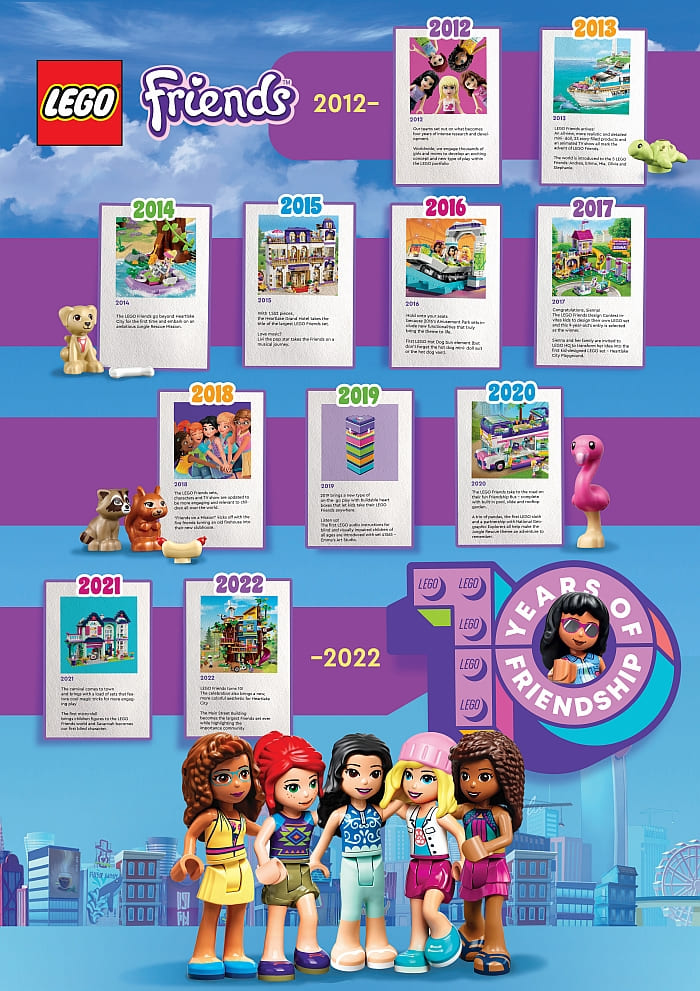 “LEGO Friends is one of our most beloved franchises and is a culmination of four intense years of anthropological research,” said Rosario Costa, Design Director at the LEGO Group. “Thousands of girls and their parents worldwide participated in intensive research that validated the desire for more realistic details, accessories, animal nurturing, friendship, interior building and role play opportunities in a LEGO offering. From the very beginning, the focus was to build a solid foundation for a healthy, long-term sustainable business that would help invite more children into LEGO play and I’m incredibly proud to say that we have successfully accomplished this.”

Continuous innovation and evolvement of the theme have been key drivers of the success of LEGO Friends, ensuring it has stayed relevant for what is now an entire decade. It originally set out to deliver on a desire for realistic role-play, creativity, and a highly detailed, character-based world with core values of LEGO building. As a result, the theme introduced a new type of character, ‘the mini-doll’, designed to the same scale as the classic LEGO minifigure but more detailed and realistic than had been seen before.

“Not only is the celebration of LEGO Friends 10-year anniversary a great achievement, but it’s also extremely exciting to celebrate the anniversary of the mini-doll, recognizing it as a brand icon for the LEGO Group,” said Fenella Blaize Charity, Creative Lead & Design Director at the LEGO Group.

The Friends experience went on to include an animated TV series (Friends of Heartlake City, Friends: The Power of Friendship, and Friends: Girls on a Mission) as well as books, video games, a LEGO Friends magazine and LEGOLAND theme park attractions, as well as a world of popular merchandise for children to express their love for the theme.

For ten years, the LEGO Friends story has centered on the everyday lives and personalities of five main characters in the fictional hometown of Heartlake City. Each of the friends – Olivia, Mia, Andrea, Stephanie, and Emma – have distinct qualities and interests, with the building sets designed to immerse children into different parts of town where the friends’ adventures take place; downtown, suburbs, beach, nature, camping grounds, and mountains, to name a few.

Fenella Blaize Charity explains, “To represent Heartlake City as a modern city that resonates with children, we’ve worked hard to evolve the stories to reflect everyday life as kids see it today. The new 10th Anniversary set is a testimony to how Heartlake City has modernized over the last ten years. And we’re taking very deliberate steps to ensure the Friends universe continues to better cater for the growing diverse audience of LEGO Friends. With our 2022 product lineup, we have the most diverse character lineup we have ever had – including lots of amazing new supporting characters. The color-palette and tone of voice has also evolved to represent the modern world – with new exciting architecture and details. I really hope our fans are as excited about the innovation as we are”.

Marking the 10th Anniversary, the LEGO group is introducing eight new LEGO Friends sets including the main hero set, LEGO Friends Friendship Tree House, which is packed with features to surprise and delight fans. Supported by a great building experience and role-playing friendship stories, the set helps children explore what they can achieve when working as a team built on friendship.

Adding a bit of fun and taking fans down memory lane, the anniversary Friendship Tree House has retro Heartlake City treasures hidden within it. A digital guide makes the construction extra fun. Available in the LEGO Building Instructions app, it lets children visualize their nature set as they build, allowing children to transport to Heartlake City where they’ll find that the best times are spent with friends. The following eight sets are released globally on January 1st 2022: 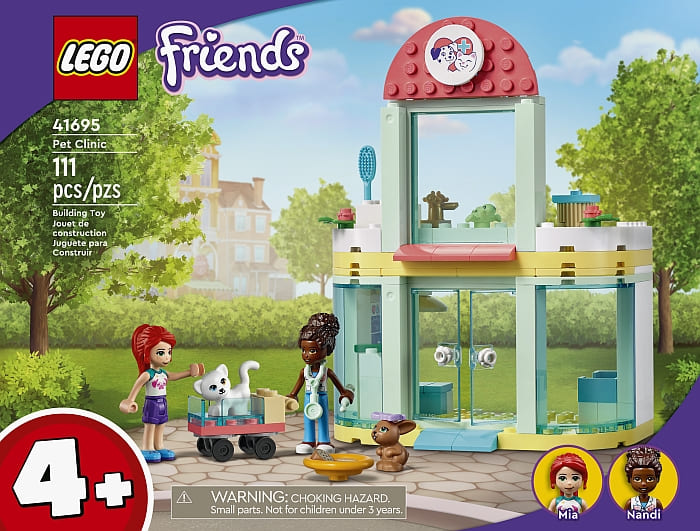 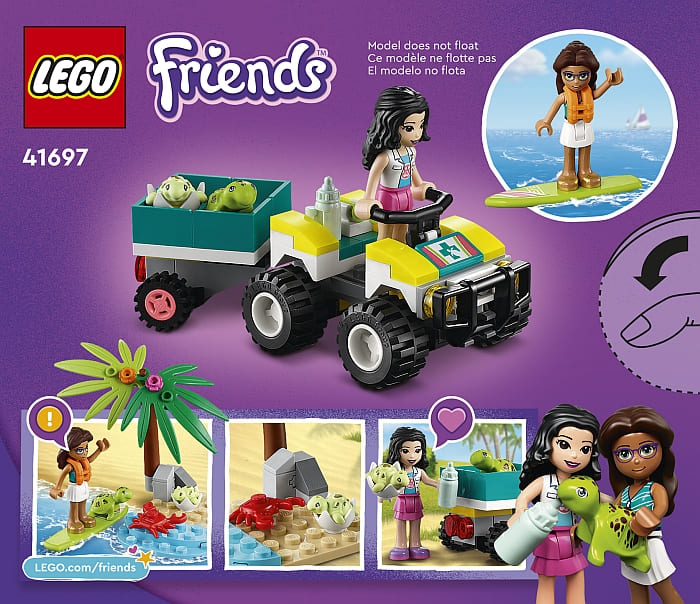 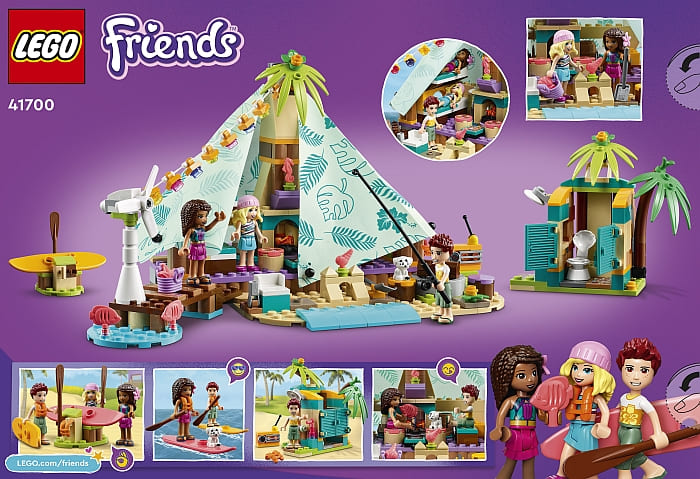 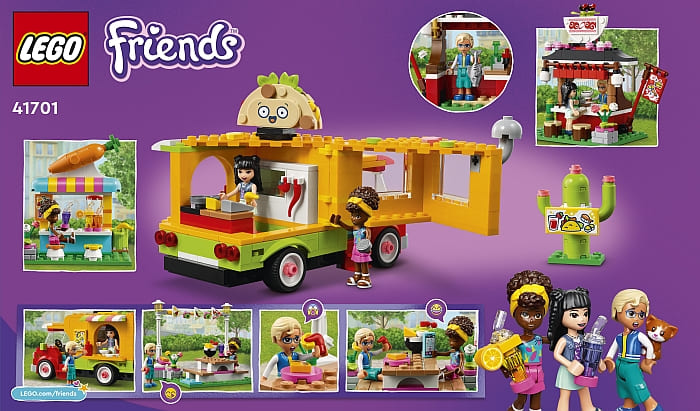 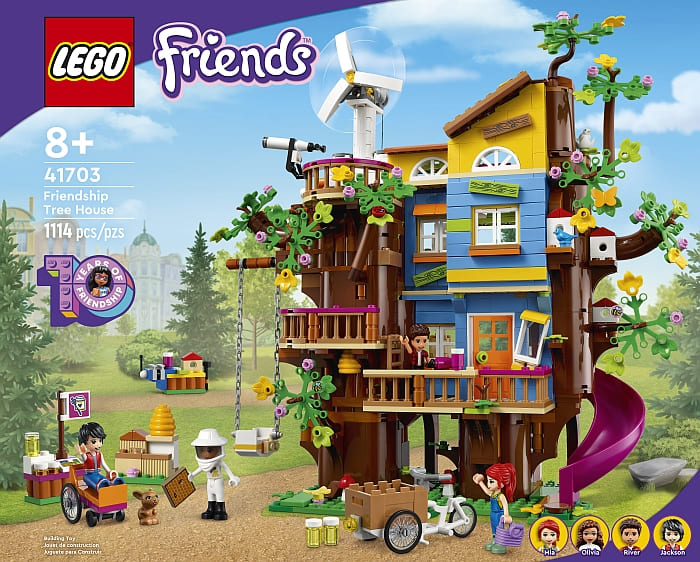 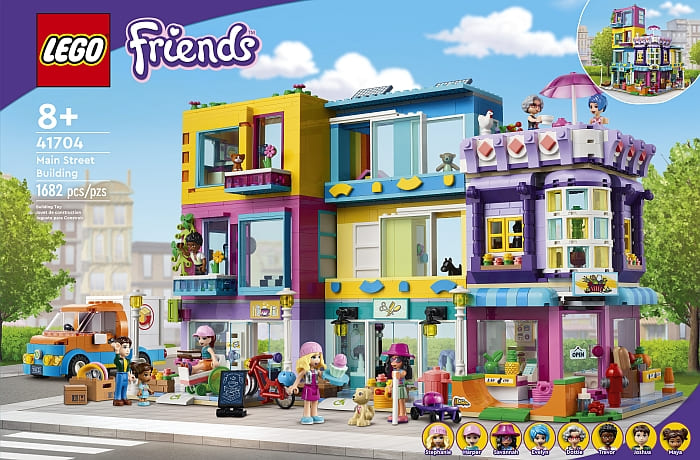 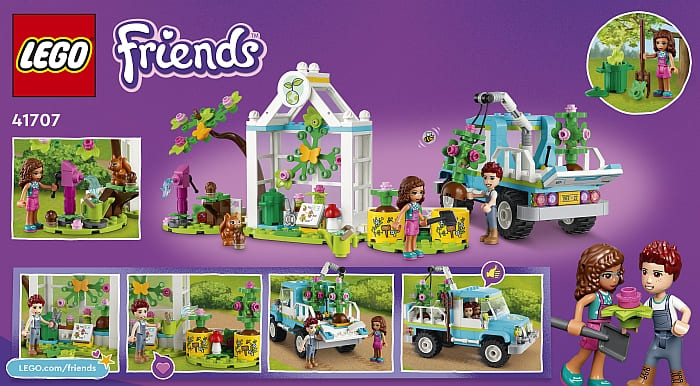 I’m very impressed by the new LEGO Friends collection, and I know many other LEGO fans feel the same. The colors, designs, mini-dolls, and accessories are all exceptional this year, and this is just the first wave of sets! If you would like to take a look, visit the LEGO Friends section of the Online LEGO Shop.

What do you think? How do you like the new LEGO Friends sets? And what do you think of the LEGO Friends theme in general? Did you expect it to be as successful as it has become? Feel free to share your thoughts and discuss in the comment section below!