by Thita (admin) on September 14, 2022
in Featured LEGO Creations

Here are a few LEGO Ideas projects that recently caught my attention. If you like them, you can click on the links and cast your own vote and also share the projects with friends/family. Once a project reaches 10,000 votes, the LEGO Ideas team will review them and possibly pick them as the next official LEGO Ideas set. 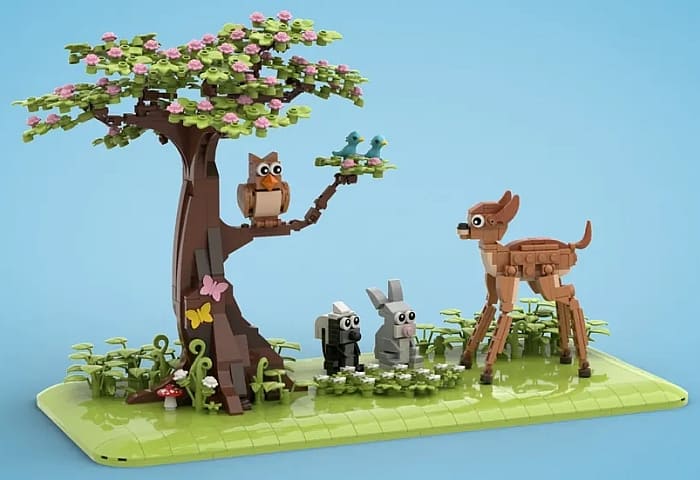 LEGO BAMBI BY JIMMI-DK: The animated film Bambi was produced in 1942 by Walt Disney himself, and it’s among the most beloved Disney movies. The LEGO version features Bambi and his friends Thumper the rabbit, Flower the skunk, and Friend Owl. All the characters are brick-built and Bambi even has moveable legs allowing for various poses. The diorama also includes some greenery and a tree for Friend Owl to perch. I think the brick-built animals are very cute! You can learn more about this project and vote for it to become an official LEGO set at: VOTE FOR BAMBI ON LEGO IDEAS 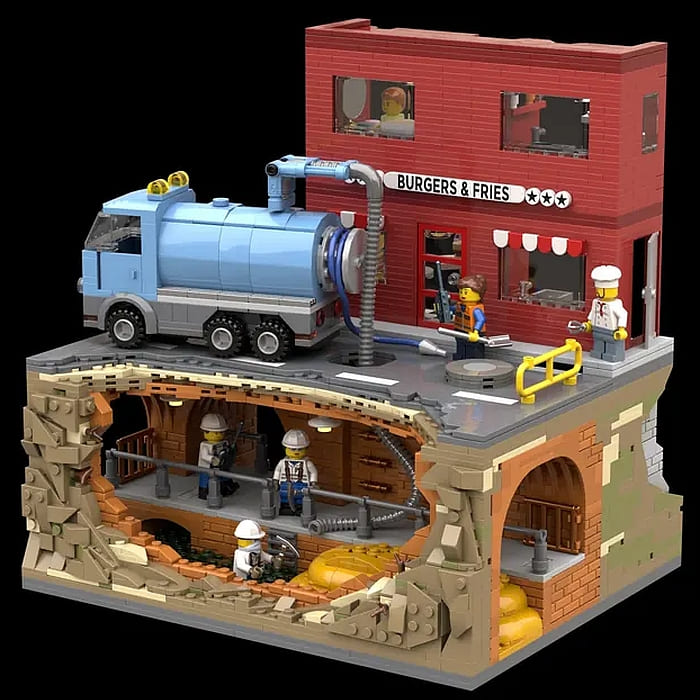 SEWER HEROES: FIGHTING THE FATBERG BY MOCINGBIRD: Millions of professionals around the world are involved in designing, constructing, operating, managing and maintaining our cities’ crucial water and wastewater infrastructure – keeping the water cycle running smoothly at all times. But despite their essential contributions to society, the people working in the water and wastewater industry in hundreds of different types of indispensable jobs usually remain invisible to the public, not getting the amount of recognition they deserve – both in real life and in our LEGO cities. About time for a change! While it’s impossible to squeeze the entirety of this complex topic into just one LEGO set, you can still start somewhere: Being dedicated to all the water & wastewater professionals out there, this LEGO Ideas project turns the spotlight on the urban underground in a way never seen before in LEGO form – playfully bringing into focus one of the biggest problems of our sewer systems infrastructure: the infamous fatberg! There is so much thought went into this project! I highly recommend reading the full description on the LEGO Ideas page as it’s very interesting, and if you would like to vote for it, visit: VOTE FOR SEWER HEROES ON LEGO IDEAS 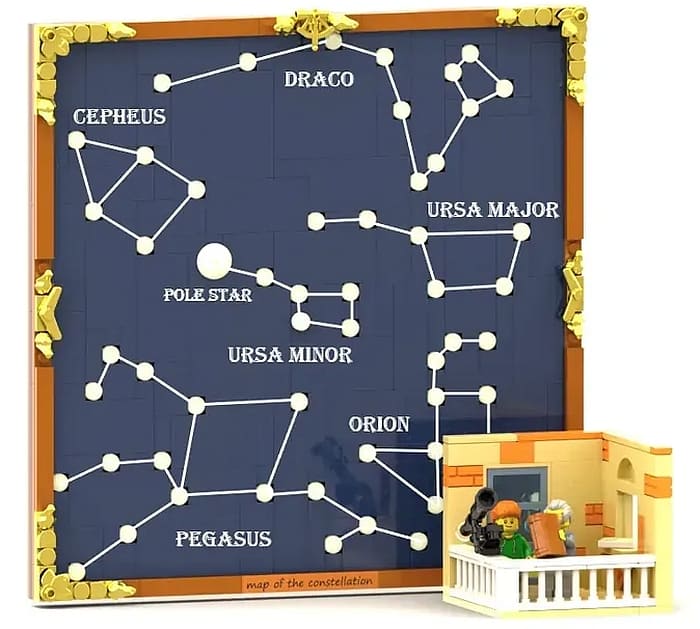 MAP OF THE CONSTELLATIONS BY CO_LEGO: Here is another educational project that’s quite unique. It features a map of the constellations, accompanied by a small set representing a child and his father looking at the fabulous stars. The map represents the six best known constellations (Ursa major, Ursa minor, Draco, Cepheus, Pegasus, and Orion) made with glow-in-the dark elements. For more details, visit: VOTE FOR MAP OF CONSTELLATIONS ON LEGO IDEAS 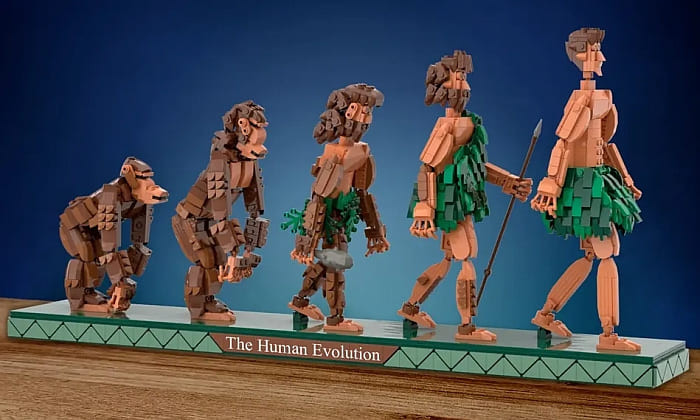 THE HUMAN EVOLUTION BY BRICK DANGEROUS: In 1859, Charles Darwin published his book The Origin of Species. With this project, the designer wanted to pay tribute to all those people who are dedicated to and interested in paleoanthropology. The project also makes a fun building experience, unique display, and interesting conversation piece: VOTE FOR HUMAN EVOLUTION ON LEGO IDEAS 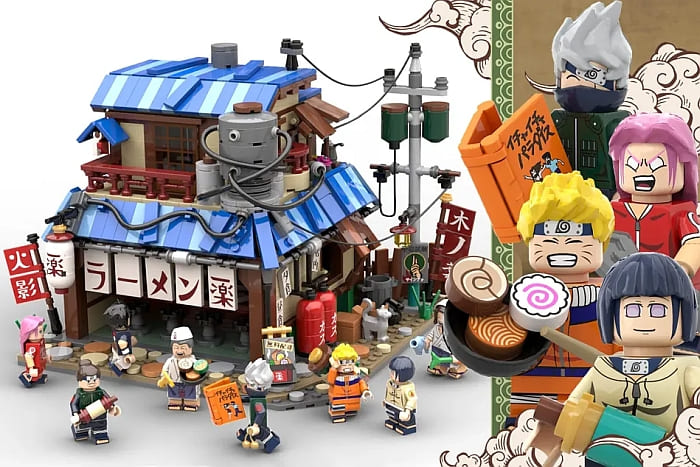 NARUTO ICHIRAKU RAMEN SHOP BY DADITWINS: This project was presented on LEGO Ideas before and even achieved 10k votes, but it was not chosen by LEGO designers to become an official set. So, the designers are trying to present it again as they feel that it has a lot of potential to become a great LEGO set. 2024 is also Naruto’s 25th anniversary, which makes this the perfect timing to re-launch the idea. If you voted the earlier version of this project, please vote again, and if you have never seen it before, check it out here: VOTE FOR NARUTO RAMEN SHOP ON LEGO IDEAS 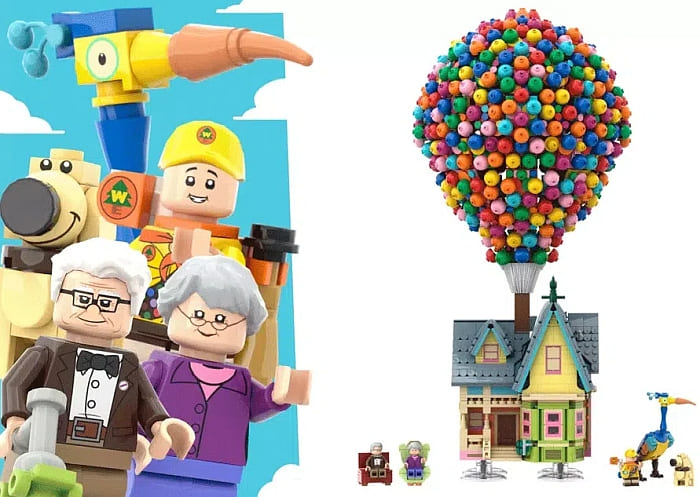 PIXAR’S UP HOUSE WITH BALLOONS BY VAICKO: This project is based on the movie UP, one of Pixar’s greatest films. It includes five characters: Carl Fredricksen, Ellie, Russell, Kevin, and Dug. The main build is the house with a fully furnished interior and removable roof. The house can be displayed in two ways, with or without the balloons, which are connected to the fireplace inside for stability. There is a little animation on the LEGO Ideas page so you can see how it all works: VOTE FOR PIXAR’S UP HOUSE ON LEGO IDEAS

What do you think? How do you like these LEGO Ideas projects? Are there any other recent projects on LEGO Ideas that you really like? Feel free to share and discuss in the comment section below! And you can also check out the currently available sets originally designed by LEGO fans at the LEGO Ideas section of the Online LEGO Shop.

Previous post: The LEGO Group is Looking for Product Designers