Over the past months, the LEGO Ideas review board evaluated 39 wonderful product ideas that reached 10,000 supporters between early January 2022 and early May 2022. There are currently four LEGO Ideas sets in development, and the LEGO Ideas team just added four more upcoming sets to the list. In a recent post on the LEGO Ideas blog, LEGO Ideas Online Community Specialist Jacob McQuillan and LEGO Model Designer Laura Perron shared the details of these four projects. 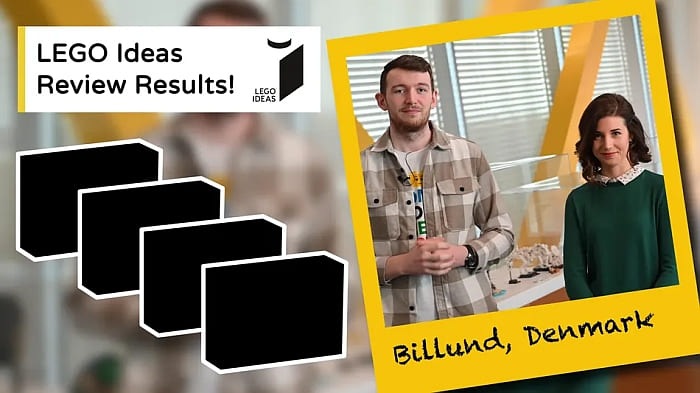 The first accepted project that will be turned into an official LEGO set is by fan designer María (a.k.a. hachiroku24). José has hit a home run with his small builds inspired by five different insects found around the world. He has captured the colors, shapes, and overall details so well that it’s hard to tell they are brick-built! If you’d like to learn more about José then make sure to check out his 10K Club Interview. 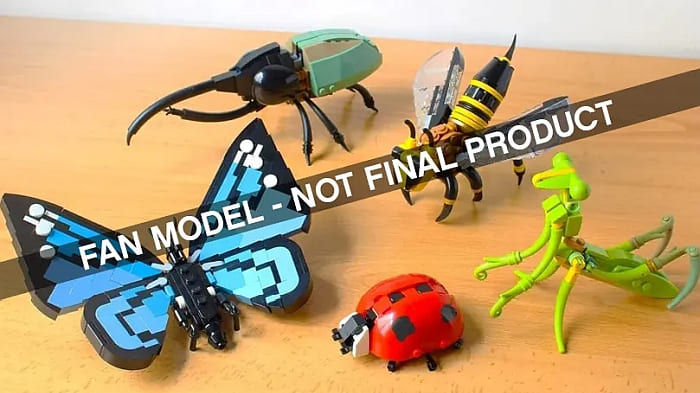 The second accepted project that will be turned into an official LEGO set is by fan designer Thomas Lajon (a.k.a. LEt.sGO). There are a few trains as famous as the Orient Express but none of them can rival the elegance, luxury, and history that comes with it. Thomas has poured a lot of love into capturing the details from the locomotive and coal car to the restaurant car to make sure this is the perfect tribute to such a legendary train. If you’d like to learn more about Thomas then make sure to check out his 10K Club Interview. 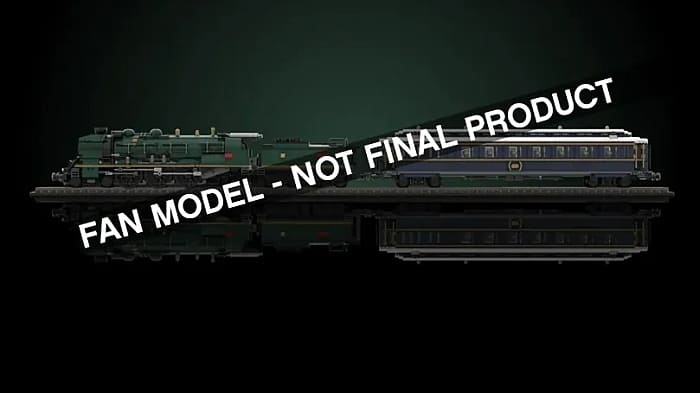 The third project is by Polish fan designer Jan Woźnica (a.k.a. john_carter). Jan’s three-piece product idea intrigued the review board and they are certain it also caught the fascination of the community overall. He’s managed to create stunning poster-style sci-fi scenes filled with action and serenity, showing you don’t need a lot of bricks or loads of details to create awe-inspiring LEGO models. If you’d like to learn more about Jan then make sure to check out his 10K Club Interview. 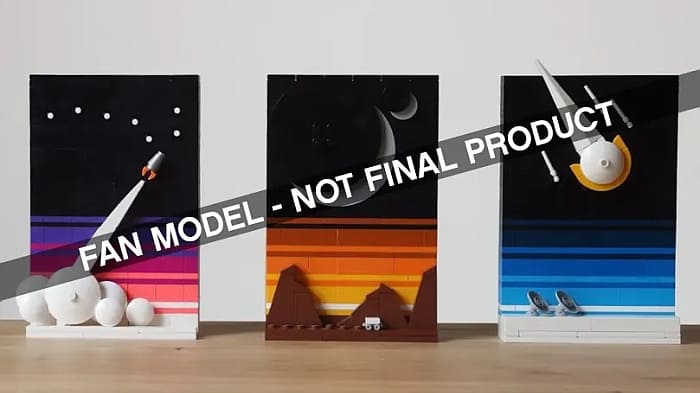 The last project that will be turned into an official LEGO set is a tribute to the iconic Polaroid OneStep SX-70 camera by fan designer Marc (a.k.a. Minibrick Productions). Using his mechanical engineering background, Marc not only made this creation look flawless but also added hidden functionality that mimics the development of film as it slides out of the camera. If you’d like to learn more about Marc then make sure to check out his 10K Club Interview. 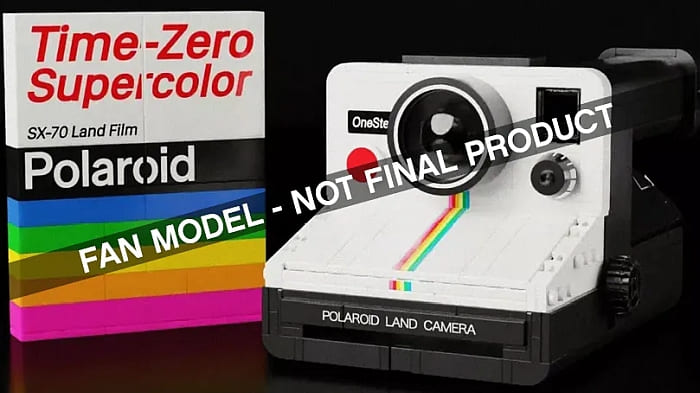 The LEGO Ideas team is still working out the final product design, pricing, and availability for this set. They will share more on the LEGO Ideas blog when the sets get closer to launch. The other projects in this review period will not be turned into official LEGO sets. 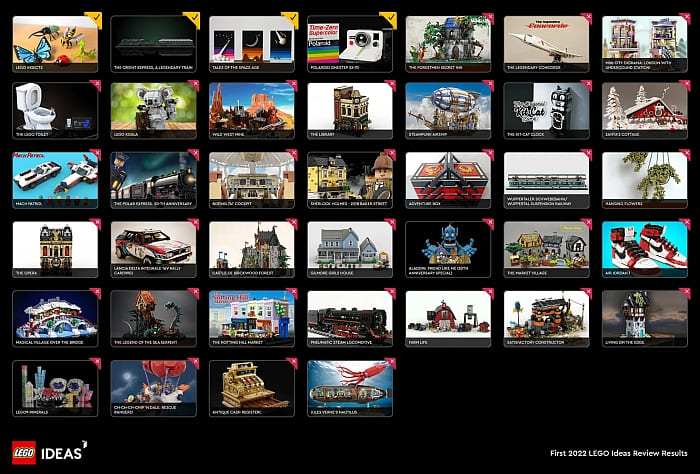 In addition, the next batch of LEGO Ideas projects is already being reviewed as we speak. This time around a whopping 51 submissions made it through, cementing their spot in the review by reaching 10,000 supporters between early May 2022 and early September 2022. The LEGO Ideas team will share the results of the second 2022 LEGO review period in early 2023. Check them all out below. 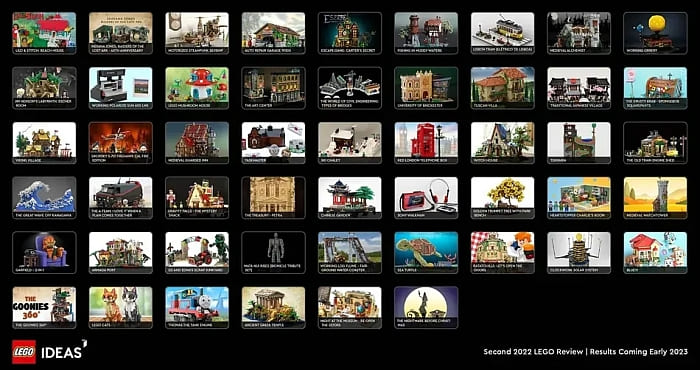 And while we’re waiting for the new sets, you can also check out the currently available LEGO sets that were originally designed by LEGO fans at the LEGO Ideas section of the Online LEGO Shop.

What do you think? How do you like the selected LEGO Ideas projects? Are you excited that they are going to become official LEGO sets? Which one is your favorite? Are you planning to get any of them? Feel free to share your thoughts and discuss in the comment section below!