Master of LEGO kinetic sculptures, Jason Allemann (JKBrickWorks.com), created another impressive model titled “Man in the Machine”. Jason writes that the model started out as a LEGO Great Ball Contraption (GBC) module, but as he was working on it, he thought it would be cool to make a self-contained kinetic sculpture version that cycled the balls internally. In the end, Jason built both versions, and he discusses the design progression, along with a breakdown of how the model works, in the video below. 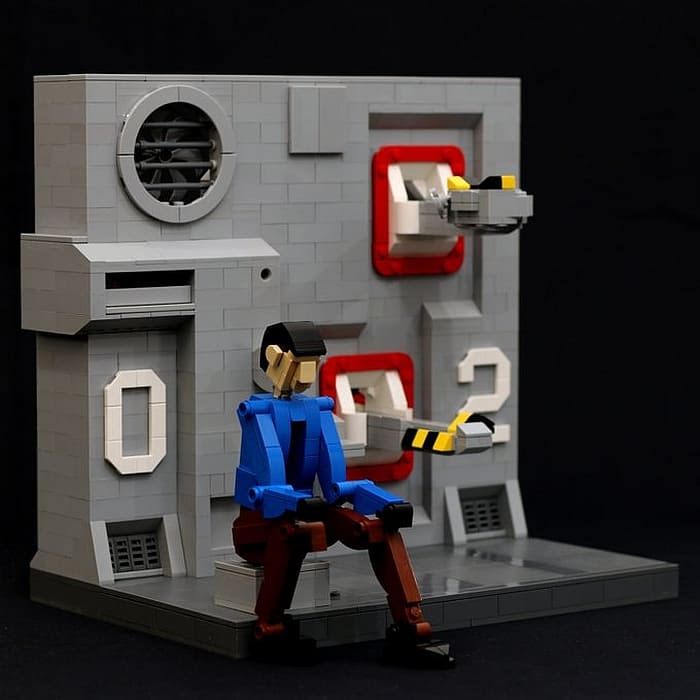 The model features a single figure that continuously picks up each ball as they come along. The grabbing mechanism is a simple elastic band-activated rocker switch that closes two 3×3 radar dishes around the ball. Similarly to Jason’s previous Robot Dreams GBC module, there was a heavy focus on the aesthetics of this model. In fact, Jason shares that he spent more time working on the appearance of the model than the actual mechanics.

The GBC version of the model is intentionally sparsely decorated, as Jason wanted to focus the viewer’s attention on the figure itself. “I like the thought of this little figure quietly going about their work amidst the chaos of a GBC layout”, said Jason. 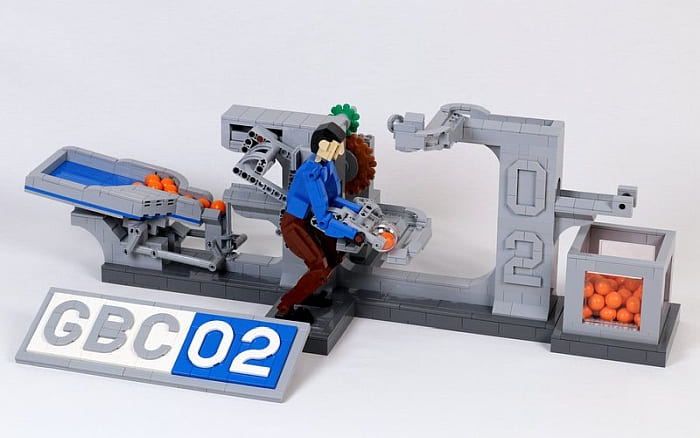 The standalone version of the model is decorated in an industrial motif, complete with a spinning fan for added ventilation. Jason wrote, “Nobody can accuse me of not providing an adequate work environment for my employees.” 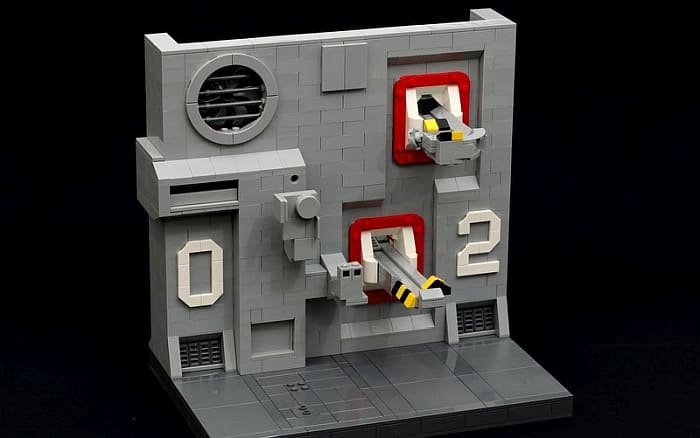 Although Jason often provides building instructions for his models, he is not planning to release instructions for this one. He considers both of his GBC creations concept modules, and – much like concept cars – they are not really suitable for mass production. According to Jason, they both require a fair bit of tinkering to get working well, and continuous monitoring once they are functioning. Still, the models can inspire other LEGO fans to take the concepts further and build their own Great Ball Contraption and kinetic sculpture combos.

What do you think? Do you like kinetic LEGO models and GBC modules? Have you ever built one? And what do you think of the ones shared by Jason? Feel free to share your thoughts and discuss in the comment section below!