Seriously learning how to play with LEGO

My confidence at building with LEGO is faltering, at best. I find it hard to just let go and play. My inner child has trouble coming out. But then I realize that even as a child, I was a follow-the-instructions kind of kid. 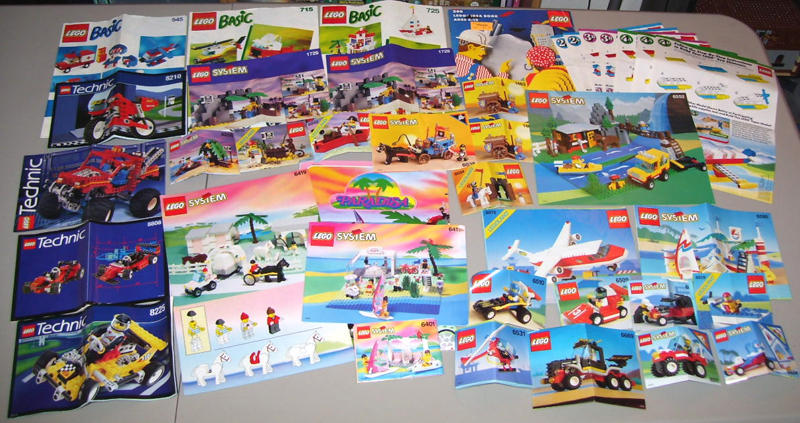 Sure, I had a variety of LEGO sets when I was young, but almost always, I would build per the instructions and play with it as the play-set. I only remember building a few things like a small moon glider and a pirate boat on wheels. Sadly, I never recovered those when I found my box. 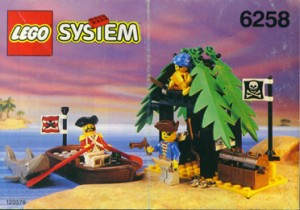 This is probably the set I used to make the pirate boat on wheels as I have the instructions and shark, but no boat or pirates.

As an adult, I live in a very rigid set of rules. I’m supposed to do this, but not do that. It’s very hard to break out, but I really want to challenge myself. If I don’t start now, I’ll never get around to it. That’s the procrastinator in me.

So after a few years of being an Adult Fan of LEGO (AFOL), I figure it’s high time for me to stop thinking of myself as a new AFOL and get serious about learning to build. Er, not too serious; after all, I’m supposed to be playing and having fun. So I need to get serious about playing. Yeah, that’s it. 😉

Not really having any ideas, I challenged myself to a free build. I had 12 different pieces in large quantities that we had gotten from a draft of the Outpost Attack. 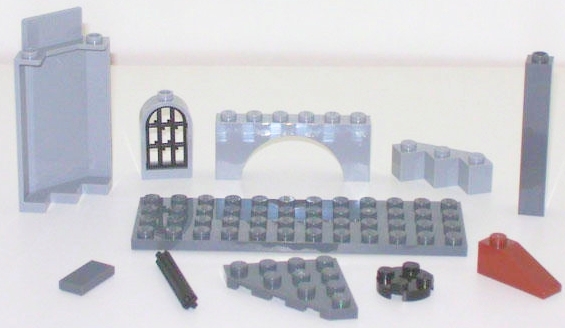 Since I was so limited in the pieces, the pieces almost dictated what I built. Still, though, I tried some detailing that I’ve never seen before with the 3X3 facet bricks. While it turned out to be a crazy Castle Tower Gazebo, which I called Crazebo, I realized why no one had ever used the 3X3 facet bricks the way I did. The top of the structure was off half a stud. I couldn’t put a solid roof on. 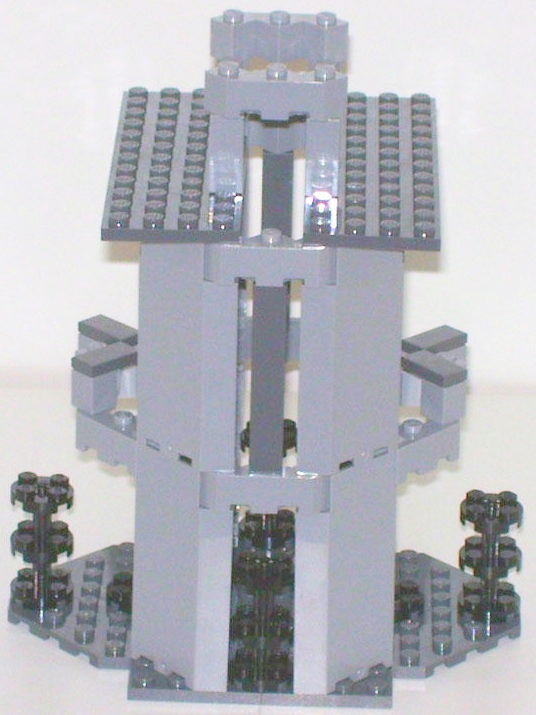 But I learned a lot from that free build. I learned that it’s okay to be crazy with LEGO and try something new. It may not always work out, but that’s how you discover techniques. I learned the importance of stability, which the floor wasn’t but the walls were. I learned that round plates with axle holes in them can be fun to put on axles to create standing structures. Also, tiles don’t have to completely cover a row of studs, but can jut out to create different angles. 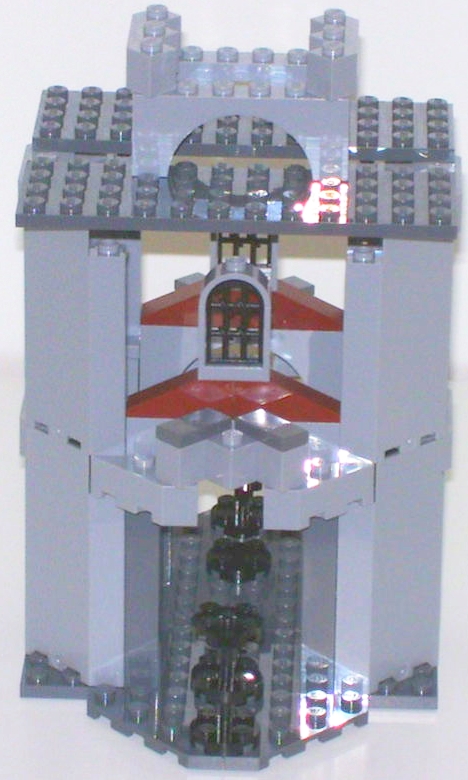 Having learned all that, I’ve taken it apart and will attempt another build using all those draft pieces plus pieces from two Blacksmith Attacks sets that we bought for parts. 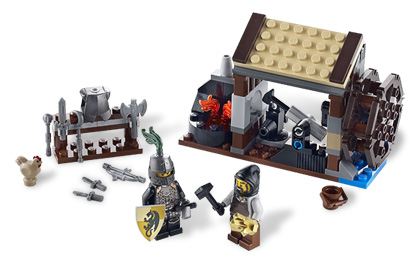 I’m worried that it’ll be too much for me. That I’m jumping into the deep end before I can swim. But I’ve got to realize that the only way to fail with LEGO is to not try. Even if I build a mess, I’ll learn something and hopefully, have some fun while I’m doing it. Its tall order for a perfectionist procrastinator, but maybe, just maybe LEGO will help me free my inner child to play like she’s never played before.

Now that I’ve shared my story, I have a question for you! Do you have trouble freeing your inner child to play with LEGO? What helps you break through the rigid rules of adulthood?

Please post your responses in the comment section below. If you feel comfortable, I’d love to know what you’ve built as an adult that you are embarrassed about. I can’t be the only one who makes funky creations while trying to relearn how to build with LEGO. 😀