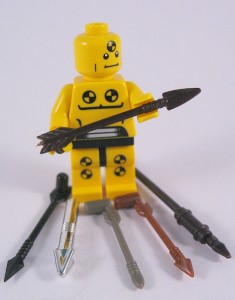 After covering LEGO compatible bows, I thought to put together a guide for LEGO compatible arrows as well. After all what is the use of a bow if there is nothing to shoot?

As you can see in the Guide to LEGO-Compatible Bows, all LEGO-made bows have arrows attached. This means that LEGO has never made an arrow a minifig can hold and shoot. 🙁

Fortunately there are a couple of customizers who give LEGO-fans a wide variety of arrow-designs. I will be reviewing those here. 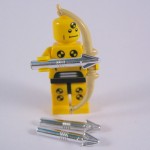 Before jumping to customizers right away though, I would like to mention that there is one LEGO-piece that “purists” often use for arrows. This is the LEGO-made harpoon. Yes, it is not really an arrow, it is shiny silver, and it is too short, but it can work as an arrow quite well if you don’t have anything else. 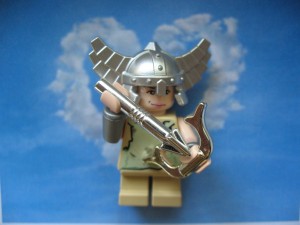 ARROWS MADE BY SIDAN TOYS: 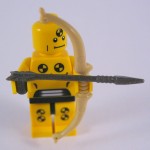 Sidan Toys is one of the main customizers who make LEGO-compatible arrows. They are the perfect size for LEGO-minifigs. The plastic is strong, with a slight ability to bend, so even though these are small and thin pieces I would not worry about them breaking easily. There is a handle below the feather at the end of the arrows, where a LEGO minifig can grip it easily.

Sidan Toys offers two different arrows, one of them having a slightly larger tip. Please note however that in Sidan Toys online shop, no distinction is made between the two arrows. If you want either of them specifically, you would need to ask. However I would add that they are both super nice and the distinction between them is quite small.

The arrows are 50 cents each, and available in several colors; including black, dark-brown, dark-green, gray and metallic-speckle. (You can read more about Sidan Toys and how to purchase Sidan Toys items here.) 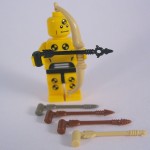 The other arrow-maker is BrickTW. The arrows are somewhat shorter than Sidan Toys arrows, and specifically designed for LEGO-minifigs. BrickTW’s quality is legendary, so you won’t have to worry about these pieces breaking easily. The arrow-grip is positioned at the end of the arrow, like on the Sidan Toys’ design, but parallel with the feather, instead of perpendicular to it. This gives a slightly different look.

There are six different arrows offered by BrickTW, the difference being in the arrow-head; from simple ones to very ornate and unique! (Five of the arrow-designs pictured below.) The arrows are 70 cents each, and currently come in four colors; black, gray, brown and tan. (You can read more about BrickTW products and where to purchase here.) 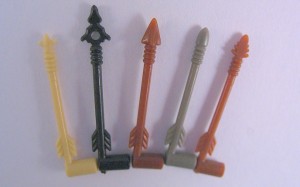 I would like to mention one more arrow; this one made by OXFORD. This is really not an arrow to shoot with a bow, but it offers some really interesting possibilities in your LEGO creations. (You can read more about OXFORD products and where to find them here.) 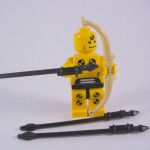 The arrow is made of a more flexible plastic (so you wouldn’t have to worry about it breaking even if bent), but rigid enough that minifigs can hold it easily. The arrow is very long, with a little packet of gun-powder tied at the end. That’s where minifigs can hold it – kinda risky, if you ask me! The arrows are available in brown in some of the historical OXFORD sets, like the one pictured below. 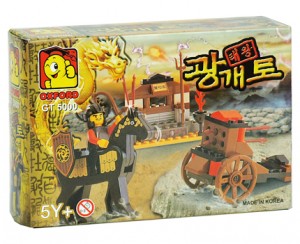 So why are these arrows so long? They were actually made for the 15th Century Korean war-machine called Hwacha. (The Oxford set pictured above is based on this.) This simple wooden machine could shoot up to 200 arrows at a time, basically moving down the enemy! You can read more about the Hwacha here: Hwacha on Wikipedia, or watch this Mythbusters video on the Hwacha where you can see it in action! 😯 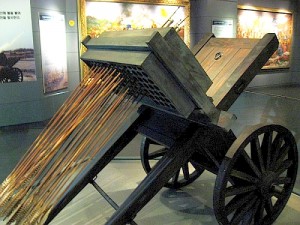 You may also like to read:
Guide to LEGO Compatible Bows
Quiver by Sidan Toys