by Thita (admin) on September 2, 2011
in LEGO Minifigures 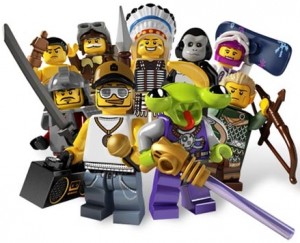 After writing about the 10 leaked images of the upcoming LEGO Series 6 Minifigures (see post here), I was wondering what other minifigures might fill in the space of the 6 still unknown minifigs from series 6 and other future series.

As you can see, there are more than one minifigs in the same theme, spread out amongst the already released 5 series. Giving the minifigures at least one partner (or opponent) within the theme. Here are some of the obvious pairs/groups I have found:

THE EGYPTIAN MINIFIGS (fit nicely with the Pharaoh’s Quest theme):

THE ASIAN MINIFIGS (fit well with the Ninjago sets):

THE FANTASY-ERA MINIFIGS (after-thought from Fantasy-Era?):

THE GRECO-ROMAN MINIFIGS (indication of awesome sets to come?):

THE SNOW-SPORTS MINIFIGS (would fit well in a City winter theme):

THE SKATER MINIFIGS (there will be also a female skater in Series 6):

THE CIRCUS MINIFIGS (is this a sign there is going to be a Circus set?):

THE SPACE MINIFIGS (another alien and a female fig coming in Series 6):

THE SCRARY MINIFIGS (oh, dear, what a bunch!):

THE COSTUMED MINIFIGS (more of these guys would be great!):

The above themes seem to be well represented, and the minifigs have someone to hang out with within their own genre. And some of the minifigs (like the graduate, the nurse, and the artist) are just fine by themselves, and/or fit well into current themes. However there are also minifigs in the first 5 series that are obviously missing their partner(s) or opponent(s). 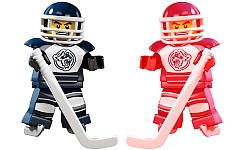 For example, the soccer-player would be great to build a whole team with, but there is no other team to play against! Same with the cheer-leader, the baseball-player, the hockey-player, the tennis player and the boxer; there is no opposing team to compete against (or cheer for). And how about the figure-skating girl, who right now has to perform her routine all by herself?! 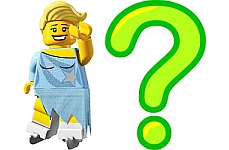 Also, those musicians really need to be broken up and given their own proper band! 😯 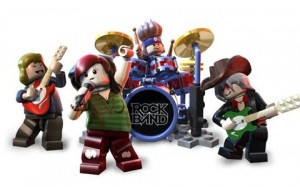 So, my theory is that in some future series (be that series 6 or above), there are going to be playmates for these currently lonely figs. At least it would make sense in my way of thinking! Do you have any thoughts of this? 😉

Also, since there are lots of new molds being made for the collectible minifigs, and it is well known that molds are very expensive to make, my bet is on LEGO coming out with whole new themes those molds will be used for. (There is already precedent of this with the musketeers’ hat used in the Pirates of the Caribbean sets.) 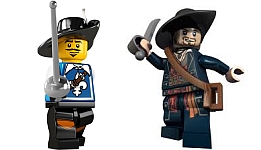 So, I’m thinking we will perhaps see a circus? How about an ancient Greek mythology sets? (The Minotaur in Series 6 seems to be a further indication of this.) Maybe a pre-historic theme with dinosaurs and cave-men? Wouldn’t that be aweome? What do you think? 8)