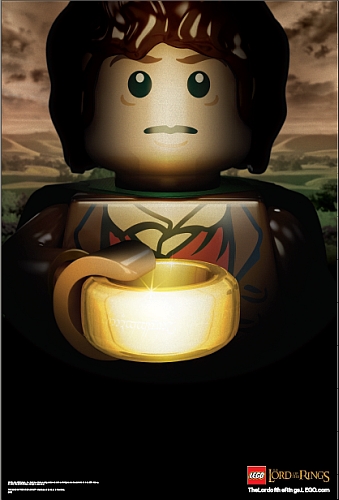 For years LEGO fans have been asking LEGO to either get more historical sets or to pursue a famous fantasy setting. Well, thanks to LEGO’s dealings with Warner Brothers, it looks like fans will finally get the fantasy side of things.

On December 16th LEGO announced that they will release Lord of the Rings LEGO sets as early as June of 2012. This is to go along with the two Hobbit movies scheduled to be released by Warner Brothers.

➡ WHERE IS THE PROOF?

I know how much LEGO fans hate empty promises. Therefore, below you will find the official announcement from LEGO. It is long, but it’s totally worth reading as it is full of interesting tidbits about the upcoming LEGO LORD OF THE RINGS sets. Basically it says that they will most likely have a multi-part release schedule for at least two waves of LEGO LORD OF THE RINGS goodness! 😛

Warner Bros. Consumer Products and The LEGO Group Build on Partnership to Produce Construction Toys for THE LORD OF THE RINGS Trilogy and the Two Films Based on THE HOBBIT

BILLUND, Denmark and Burbank, CA – December 16, 2011 – Warner Bros. Consumer Products and The LEGO Group announced today a partnership that awards the world’s leading construction toy brand exclusive rights to develop build-and-play construction sets based on THE LORD OF THE RINGS trilogy and the two films based on THE HOBBIT.  The multi-year licensing agreement grants access to the library of characters, settings, and stories for THE LORD OF THE RINGS property, as well as films The Hobbit: An Unexpected Journey and The Hobbit: There and Back Again.  LEGO THE LORD OF THE RINGS construction sets are slated for a rolling global launch beginning in June 2012 in the United States, with LEGO THE HOBBIT: AN UNEXPECTED JOURNEY scheduled for later in the year.

“Only LEGO, with their expertise in the construction category, is capable of doing justice to the incredibly imaginative environments depicted in the world of THE LORD OF THE RINGS and the two films based on THE HOBBIT,” said Karen McTier, executive vice president, domestic licensing and worldwide marketing, Warner Bros. Consumer Products. “These films give life to amazing worlds and characters and we are thrilled to bring fans these products that deliver an imaginative play experience befitting of these beloved properties.”

In late 2012, LEGO THE HOBBIT: AN UNEXPECTED JOURNEY will give fans of all ages a chance to build and play out the fantastical story and new characters of the legendary Middle-earth adventures depicted in The Hobbit: An Unexpected Journey from Academy Award-winning filmmaker Peter Jackson, slated to premiere December 14, 2012.

“Our collaboration with Warner Bros. Consumer Products has delivered numerous worldwide successes in the construction toy aisle with lines like LEGO HARRY POTTER and LEGO BATMAN, introducing us to loyal audiences who love great stories, strong characters and the toys that they inspire,” said Jill Wilfert, vice president, licensing and entertainment for The LEGO Group. “It’s particularly exciting to now be able to create sets based on the fantasy worlds and characters from THE LORD OF THE RINGS trilogy and the two films based on THE HOBBIT, not only because we know they will foster collectability and creative play, but also because these are two properties that our fans have been asking us to create for years.”

Information about the sets and collectible minifigures from both collections will be unveiled at a later date at the LEGO LORD OF THE RINGS website.

From Academy Award-winning filmmaker Peter Jackson comes The Hobbit: An Unexpected Journey, the first of two films adapting the enduringly popular masterpiece The Hobbit.  The second film will be The Hobbit: There and Back Again.  Both films are set in Middle-earth 60 years before The Lord of the Rings, which Jackson and his filmmaking team brought to the big screen in the blockbuster trilogy that culminated with the Oscar-winning The Lord of the Rings: The Return of the King.

The screenplays for both The Hobbit: An Unexpected Journey and The Hobbit: There and Back Again are by Fran Walsh, Philippa Boyens, Guillermo del Toro and Peter Jackson. Jackson is also producing the films, together with Fran Walsh and Carolynne Cunningham.  The executive producers are Alan Horn, Ken Kamins, Toby Emmerich and Zane Weiner, with Boyens serving as co-producer.

The Hobbit: An Unexpected Journey and The Hobbit: There and Back Again are being co-produced by New Line Cinema and Metro-Goldwyn-Mayer Studios Inc. with New Line managing production. 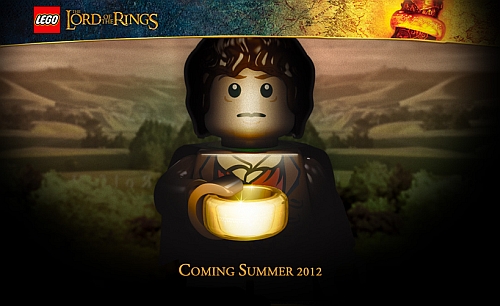 ➡ WHERE TO CHECK FOR MORE INFO?

Aside from crawling around every LEGO forum you can find on the subject, LEGO has set up with Warner Brothers an official site for the new LEGO Lord of the Rings line. This is designed to give fans updates on the process as well as pictures of the new line when they become available. You can find the site here: LEGO LORD OF THE RINGS website.

If you don’t think you can wait for this site to update, you may try following some of the big shows. This could include some of the toy shows in New York or the pop-culture conventions like Comic-Con.

➡ FANS AND THEIR PRECIOUS 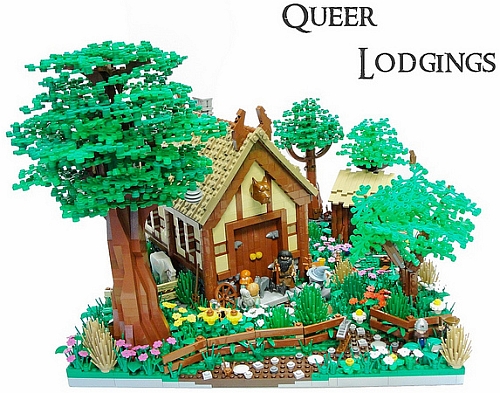 Here is a final thought before we close; In the past, LEGO has taken fan designs with no credit given the creators. For instance, if you designed anything in LDD, you have agreed to give LEGO permission to do this. 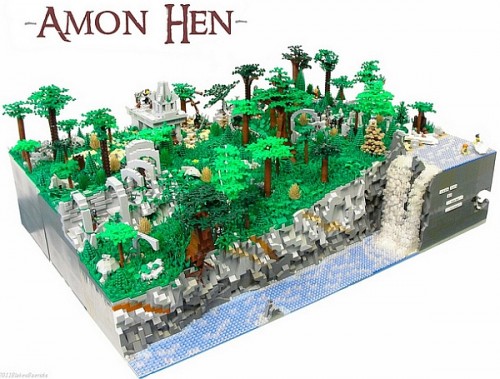 Since there is little to no recourse for fans on this matter, I’d suggest keep an eye out for other fan’s work. Note who designed that really awesome LEGO Lord of the Rings MOC and let others know if LEGO steals the design. Often the first designs LEGO creates may already been out there. So take a moment and do a search for a LEGO Lord of the Rings MOC or two. Chances are you may see it on a store-shelf very soon. 🙄

Here’s a list of set numbers and names that were posted at the Eurobricks and Brickset LEGO forums. Whether this list is true or not, only time will tell.

There’s no more wondering whether Lord of the Rings is coming to LEGO. It is a reality. The thing to keep in mind is that LEGO has access to all the Lord of the Rings material, but that does not mean they will make everything we may want. 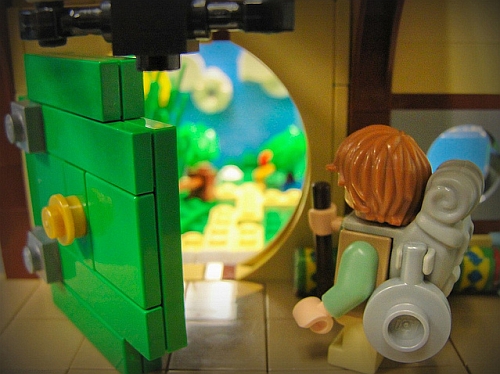 From the announcement it sounds like the first release in June will deal with the Lord of the Rings trilogy. And the later release will focus on the first Hobbit film scheduled for December of 2012. As you know, this leaves a lot of ground for LEGO to cover and not a lot of sets to do it in.

So what do you think? Are you looking forward to the Lord of the Rings LEGO sets? Share your thoughts below!  🙂

Next post: Don’t forget to send a LEGO Christmas card!