The new LEGO Friends theme certainly gathered plenty of attention not just from the target audience of little girls, but also from parents, feminists, the media, and adult LEGO fans. It seems like LEGO Friends has been successful so far with both children and parents, feminists quieted down, and adult LEGO fans appreciate the new line for the unique colors and accessories. 🙂

But what to do with those unconventional skinny-curvy-non-LEGO-ish Friends figurines? Just give the problem to some of the most skilled and fearless LEGO customizers and you will see LEGO Friends in a completely new light! WARNING! if you likely faint at the sight of severed body-parts (even if they are only plastic) skip this post! It is not going to be pretty! 😈

➡ ANATOMY OF THE LEGO FRIENDS FIGURES 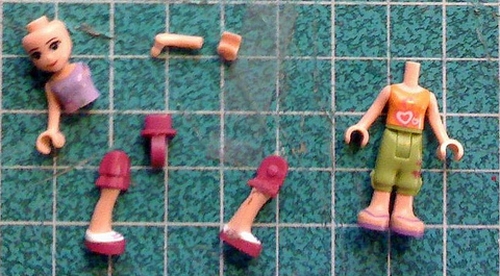 ➡ WORKING ON THE IMMOVABLE HANDS ISSUE

The LEGO Friends figures’ hands are not movable separately from their arms, therefore they can only hold tools and accessories in just one way. Quite limiting from a LEGO fan’s perspective. Flickr member Brandon Bannerman (Catsy) solved this problem with a beautiful and seamless design. He says: “I glued a paper-clip into a regular LEGO minifig hand, parallel to how the peg usually sticks out so that the angle of the wrist would be preserved. They’re inside the Friends figure’s arms by friction. I’m very pleased with both the length of the arm and the gaps between the hands and the arms (which are only slightly larger than the usual seams). Once the arms are painted, the gaps largely disappear in the illusion of being sleeve-cuffs.” 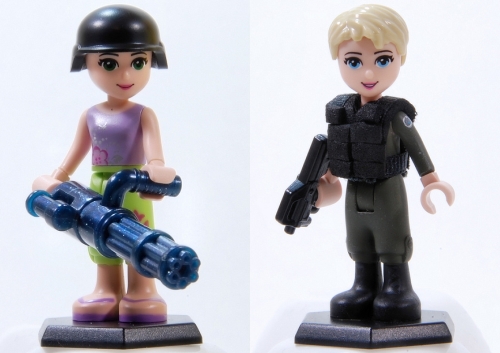 ➡ WORKING ON THE IMMOVABLE LEGS ISSUE

One other major issue with the LEGO Friends figures is that the legs cannot move separately – thereby severely limiting the poseability of the figures. Below you can see Flickr member Lisa (DarkDragon) trying to work around this problem. She says: “I split up the Friends figure’s legs and modified them to fit on standard minifig hips. Obviously I needed to majorly modified the hips too (the top only, not where the legs connect). It needs a little more refinement to be perfect, but I think this works well and honestly I can’t understand why LEGO didn’t create them this way in the first place.” 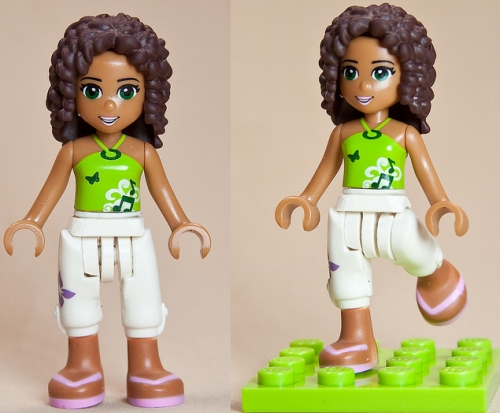 Why only girly outfits? Our LEGO Friends not only feel home at the suburbs of Heartlake City in flowery dresses, but also on the front-lines of any tough occupation. Below you will find Andrea meeting up with her old friends. The creator of these excellently painted LEGO Friends figures is Mike the Builder. You have to agree with me; his painting skills are astonishing! (Especially if you remember how tiny these figures actually are!) 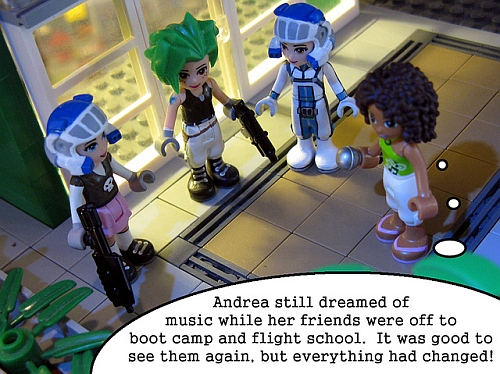 Here is a close-up of one of Mike’s custom painted LEGO Friends figures: 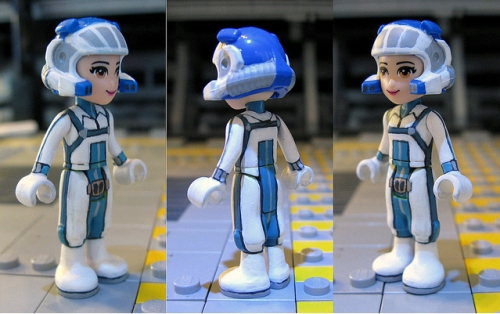 Now, watch out with these girls! After all they have been going through at the hands of LEGO customizers to make them more LEGO-ish, they may do their own experiment on LEGO minifigures to get them into better shape! 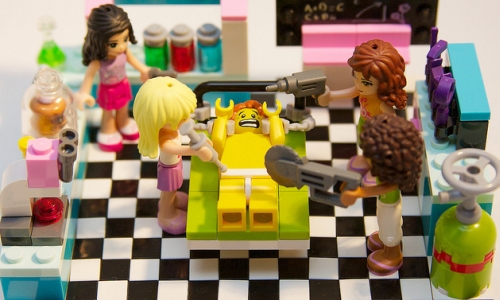 If you are a LEGO customizer and would like to share your own ideas and experiments with LEGO Friends, let us know in the comment section below. And if you want to learn more about LEGO Friends, check here: