Are you a fan of the LEGO Architecture series? Do you have a bit (or a lot!) of LEGO-architect ink running in your veins? Then you will love this LEGO contest over at EuroBricks! Check it out below! 😛 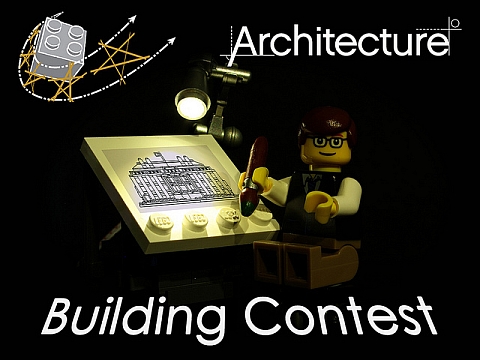 ➡ THE CHALLENGE: With the recent release of LEGO Architecture sets, including many landmark buildings from around the world, EuroBricks is challenging LEGO fans to create a LEGO rendition of an iconic building or landmark in the style of the existing LEGO Architecture series. 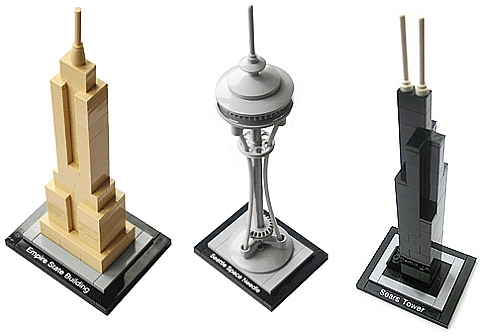 The contest is about creating a LEGO rendition of a real, iconic building in either of these styles. Ideally it would be a building from your locality, but judges will accept any real building, structure or monument, so long as it remains true to the overall LEGO Architecture style.

➡ THE RULES: Entries should be new (never posted anywhere previously) and similar in style and size to the official LEGO Architecture sets. All entries are to include only real LEGO. No clone-brands, 3rd party parts, or digital entries allowed. Decals will be allowed if you’ve made them yourself, but no cutting, sculpting or modifying parts. The exception to this is flex-tube, which can be cut to the desired length. More rules can be found here: LEGO Architecture Contest Rules.

➡ THE DEADLINE: Entries must be posted by midnight GMT, April 8, 2012, so you have a bit more then a couple of weeks to enter.

➡ THE DETAILS: Check out the LEGO contest details, eligibility, and how to submit your entry here: LEGO Architecture Building Contest.

LEGO contests are a great way to challenge yourself and stretch your LEGO-building skills. It is also a wonderful opportunity to meet and interact with other LEGO fans with similar interests. And of course the chance to win awesome prizes is also part of the fun! 😀

If you are planning to enter I would recommend checking out our tips and tricks for winning a LEGO contest: Tips for Winning a LEGO Contest. Also, don’t forget that the Microbuild LEGO Contest is still at full swing, so you have a chance to enter there as well! You might also want to look over all the sets in the LEGO Architecture series to get some inspiration.

Let us know if you are planning to participate in either of these LEGO contests, so we can root for you! 😉