I haven’t updated you on the LEGO DINO theme since the first LEGO DINO set images came out, so I thought it was just about time. It is easy to dismiss the LEGO DINO line as something just for kiddies, but there are in fact lots of things in these sets that could be interesting for older builders also. Here is the LEGO DINO commercial to get you in the mood. 😉

Let’s start by saying; who wouldn’t like Dinosaurs? The new dinos are a significant improvement from the ones found in earlier sets with beautiful printing and realistic details, perfect for a LEGO Jurassic Park! 😀

Another major detail that often go unnoticed in the LEGO DINO sets is that this is the very first time ever we see LEGO in olive-green! Three of the dinos appear in the new color, and even more importantly; this is the first time we see olive-green minifigure parts! This is huge news for LEGO-fans who want to build modern armies in realistic colors!

If you are an army-builder, LEGO DINO is going to be your best resource to outfit your armies. Another option are the Rebels in their camo outfits from the LEGO Star Wars line – which I personally really like – although the sand-green color is not the most realistic for modern army-building. (We will see more of the new olive-green color in other sets later this year.)

The LEGO DINO sets themselves are all-right. I’m a little bummed about the bright colors, but I understand that for the target-audience this works best. I do really like the vehicles though. The yellow and maroon is a nice combo. Please note that the stripes and all are stickers. I’m normally not a fan of stickered parts, but in this case I think it is a good option to have the stickers available for other application. They are not essential to make the LEGO DINO sets look great, and you can re-use them in your own creations. They are quite nice. Especially the striped ones! 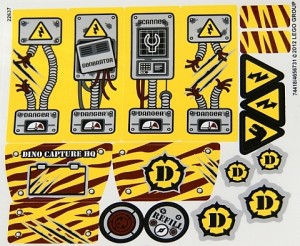 Below are all the LEGO DINO sets available. They have been over-shadowed by more popular LEGO themes as of recent, but as you can see these are solid LEGO sets as well with a lot to offer to LEGO fans. 😉

➡ #5882 LEGO DINO Ambush Attack – Avoid the ambush and capture the coelophysis! As the hero rides his mini off-roader through the jungle on the lookout for dinosaurs, an agile Coelophysis hides behind a bush, ready to pounce. Can our brave hero capture it using his tranquilizer-gun before the dino escapes and attacks the city? Includes hero minifigure and Coelophysis dinosaur. Price: $11.99 – SEE HERE 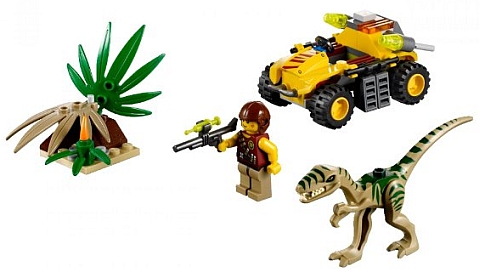 ➡ #5883 LEGO DINO Tower Takedown – Capture the Pteranodon before it flies away with the bait! Lure the hungry Pteranodon dinosaur to the lakeside tower with a smelly fish! Can our hero capture it when as it lunges for the bait? Or will he be forced to make a quick exit on the speedy jet boat? Use the shooting net and tranquilizer gun! Hero minifigure and Pteranodon dinosaur included. Price: $19.99 – SEE HERE 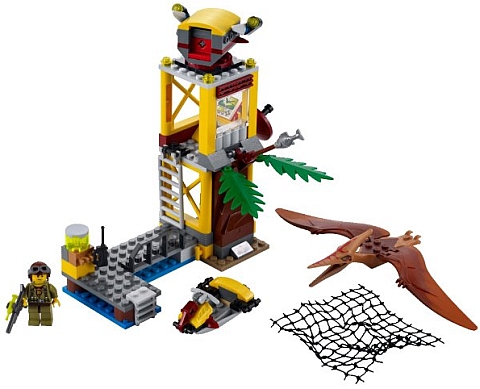 ➡ #5884 LEGO DINO Raptor Chase – Stop the Raptor in its tracks with the lasso! Hurry! The raging Raptor is heading towards the city and must be stopped at all costs. Chase down the dashing dino in the big-wheeled off-roader! Then fire the tranquilizer-gun and capture it with the lasso! Includes Raptor dinosaur and 2 minifigures. Price: $29.99 – SEE HERE 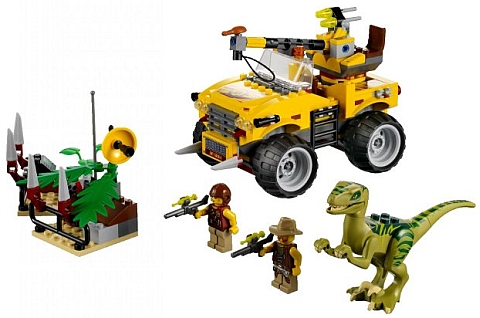 ➡ #5885 LEGO DINO Triceratops Trapper – Cage the Triceratops and keep the city safe! The mighty Triceratops is on the rampage and headed straight for the city! Fire the tranquilizer-weapons, lure it into the cage and load it onto the truck before it reaches the city and causes mayhem! Includes 2 hero minifigures and a Triceratops dinosaur. Price: $49.99 – SEE HERE 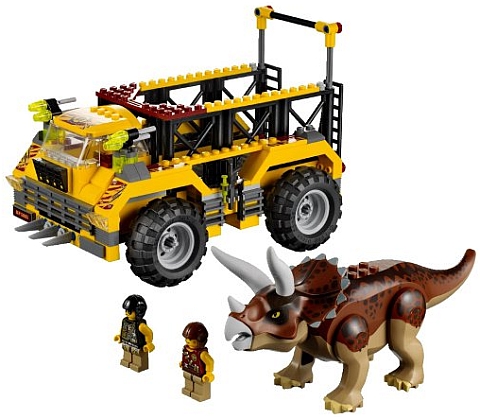 ➡ #5886 LEGO DINO T-Rex Hunter – Tow away the awesome T-Rex! T-Rex is on the loose! The scout vehicle has spotted the awesome T-Rex stomping out of the jungle towards the city. Strap the harness around the dino and tow the monster back to the jungle with the heavy-lift helicopter! Don’t let it flatten everything in its path! Includes T-Rex dinosaur and 2 hero minifigures. Price: $69.99 – SEE HERE 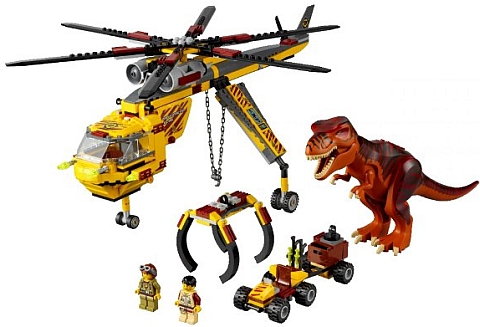 ➡ #5887 LEGO DINO Defense HQ – Protect the Dino HQ and send the dinos running! At Dino Defense HQ, the heroes are preparing for an epic prehistoric battle! Equipped with a communications center, laboratory and tranquilizer-refilling station, it’s a hive of activity. Prepare for the dino attack! Close the gates, fire the tranquilizer-weapons and capture the dinos with the crane and net! Includes 4 hero minifigures, 3 dinosaurs, helicopter and car. Price: $99.99 – SEE HERE 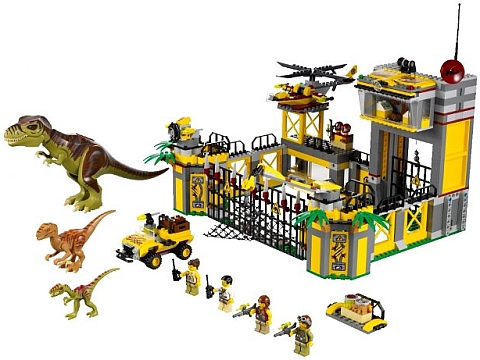 ➡ #5888 LEGO DINO Pteranodon Chase – Catch the pteranodon and keep the hero safe! A vicious pteranodon is attacking one of our heroes on his jet-boat and needs rescuing. Zoom down in the swift Ocean Interceptor, fire the net and capture the flying dino before he grabs his prey. Includes 2 hero minifigures and pteranodon dinosaur. Price: $34.99 – SEE HERE 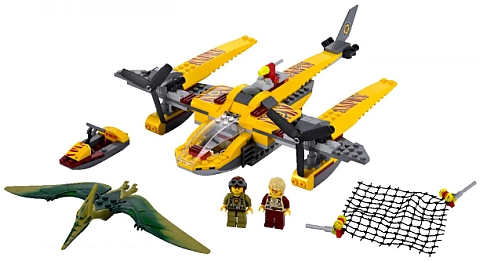 What do you think of the LEGO DINO sets? Any interest in them as an AFOL? The whole sets? Or perhaps the parts? Or not at all? And how do you like the new olive-green color? Would love to hear your thoughts! 🙂