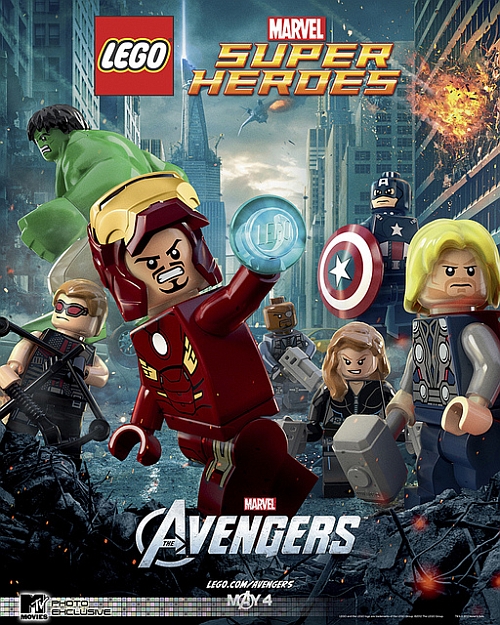 And here is the original Avengers movie-poster: 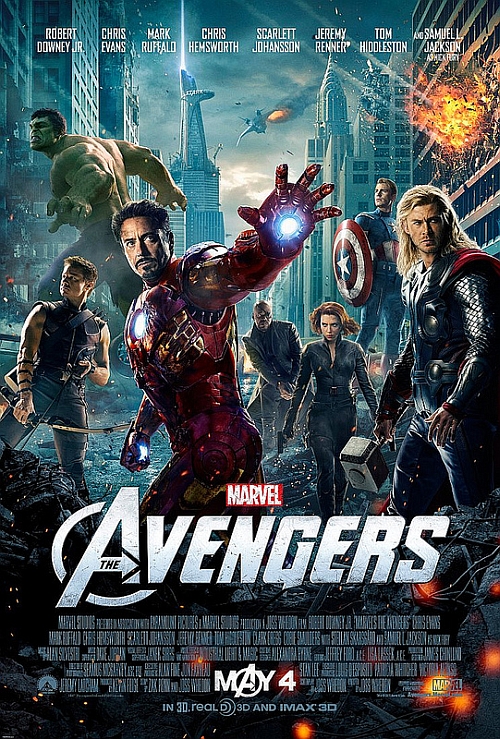 As you can see, the LEGO poster faithfully recreates the original version with the iconic heroes: Hulk, Iron Man, Captain America, Hawkeye, Thor, Black Widow, and… surprise!… Nick Fury! I guess this is a sign we will get a Nick Fury minifig in some future set? 😛

To be honest, I like the LEGO poster better than the original! It has a cleaner look, and the minifigs are just cute. But I may be feeling that way because I’m partial to LEGO. What do you think? 😉

Also, if you live close to a LEGO store, keep an eye out for the LEGO SUPER HEROES Marvel sets! The official release date in the UK is April 1st, and in the USA and Canada April 8th, but local LEGO stores may put the sets on the shelves before that. So, if you can’t wait, it is worth to check. The online LEGO shop will have them available on the 8th of April.

If you would like to see more news head over to the LEGO SUPER HEROES section, or select from the posts below: