Remember the LEGO CUUSOO Minecraft project? It was the first LEGO project that made it to 10,000 votes after the CUUSOO website opened, thanks to the support of all the enthusiastic Minecraft fans. (You can read more about the project here: CUUSOO Minecraft First View)

If you have been waiting for the LEGO Minecraft set, it just showed up on Amazon.com, and should also be available on LEGO.com soon. The price listed on Amazon right now is $34.99, which was the price announced originally, so no discount yet. However Amazon charges no shipping and no tax to most states, so this would still be a decent deal if you want to get it now. 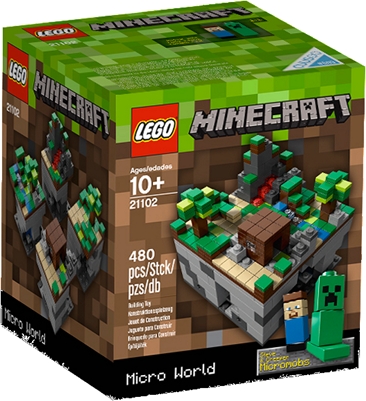 If you are not planning to get the #21102 LEGO Minecraft set at full price but you are interested to buy it at some point, I would still put it on my watch-list or bookmark the Amazon page, as Amazon is well known for putting items on sale pretty fast and for deep discounts.

Some people believe that the LEGO and Minecraft combination is a match made in heaven. I can’t comment on that as I don’t play Minecraft, but we should be able to see soon enough if the Minecraft community indeed embraces the actual set just released. If the first LEGO Minecraft set does well, perhaps LEGO will add additional modules to the line, which would be nice for Minecraft fans for the sets, and for LEGO fans for the parts. 😉 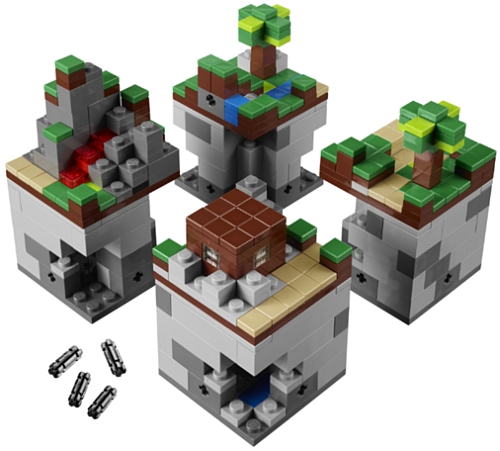 If the LEGO Minecraft set doesn’t do well, we should expect prices to fall, which would be really sweet for LEGO fans in general as the set contains some very nice basic pieces any LEGO-builder would love to have.

As an interesting tidbit; LEGO has released some additional images by the LEGO Concept Lab team using six LEGO Minecraft Micro World sets, giving you an idea how much the LEGO Minecraft world can be built up, using extra sets. Looks pretty impressive to me! 😛 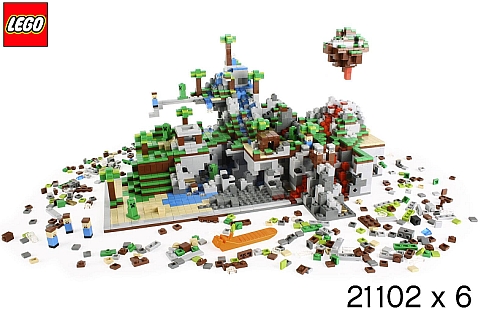 So head over to Amazon.com to check it out. It seems whichever way LEGO Minecraft goes (susseccful or not so) we will be getting lots of tiny plates and tiles – a dream of LEGO mosaic and LEGO micro builders. What do you think? Share your thoughts in the comment section below! 😉

You may also like to browse the following related posts: