Did you ever have to call LEGO Customer Service due to missing, broken, or misprinted LEGO elements? What did you think? I ran into some issues lately, so I thought to share my experience, then I invite you to share yours in the comment section below. 😉 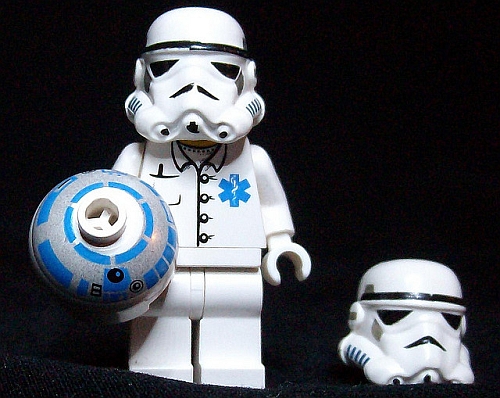 Here is my story: Ever since I saw a picture of the #9494 LEGO Star Wars Anakin’s Jedi Interceptor in 2011 I wanted to get it. A few weeks ago I was finally able to buy it. Yay! I was so happy when I was opening the bags, viewing the cool minifigs, and building the set. However when I put R2-D2 together, I found some major misprint on its head! 😕 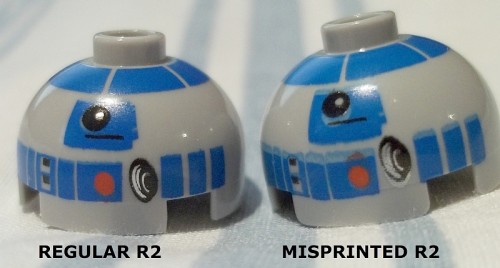 As you can see on the picture, the printing was completely misaligned and messy. (You can click on the image for a larger view.) Of course I called LEGO Customer Service to request a replacement piece. I also looked online and found some other misprints in 2012 LEGO sets reported by others. Don’t get me wrong; I love LEGO and everything about it, but a major amount of misprints isn’t something to ignore for an expensive toy. 😐

On FBTB.net a member posted about the new LEGO Star Wars clone/trooper head being misprinted with a “sunburned” face. Here is the link to the original discussion and the picture of the misprinted head is below: 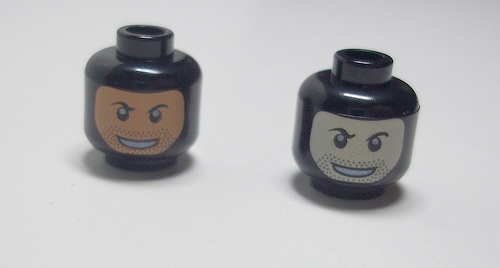 On Flickr there is a whole group dedicated to problems with LEGO elements and minifigures, where LEGO fans share some really interesting misprints, molding issues and uniquely misshaped LEGO parts: 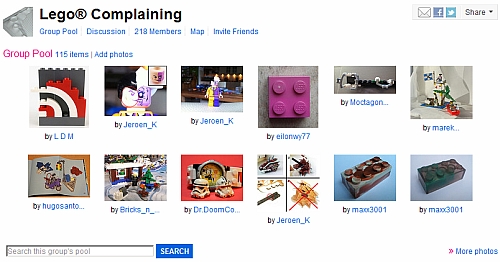 Here is what the LEGO Complaining group says: “We all know that LEGO is possibly one of the best building toys ever made, but let’s face it – sometimes things go wrong. Some themes and sets are a disaster (oh, say Galidor or Jack Stone for instance). Sudden color changes and poor quality control can be a pain. Set inventories can be incorrect just when you need to count on them. Well, here’s where AFOLs can come together and have their voices heard. You can relate your experiences here and post pictures of any problems you have had with LEGO elements or the LEGO Company.” 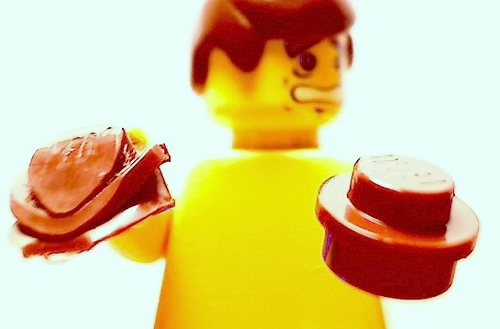 Going back to my story; I later discovered that my R2-D2’s torso was misprinted too! It was harder to spot, but I did notice it after comparing it to the official picture. See pictures below: 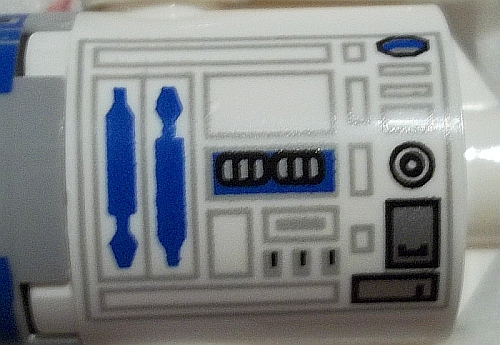 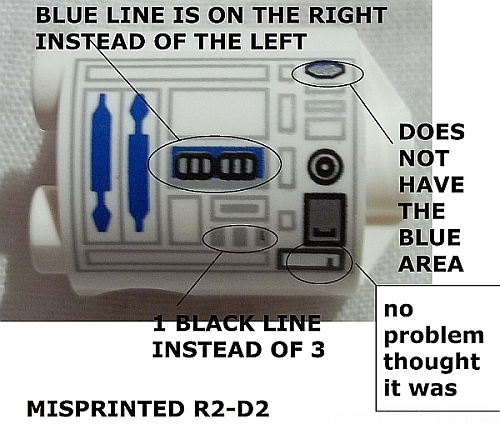 This is the first time I ran into a LEGO misprint, and this is the fourth time I have had to request a new part from LEGO Customer Service; the #5891 LEGO Apple Tree House was missing a piece, my brother’s #7931 LEGO Star Wars T-6 Jedi Shuttle was missing a piece, then R2-D2’s had a misprinted head, and torso. I hope these kinds of mistakes don’t happen too often. But if you do run into any issues you can call LEGO Customer Service and they will send you replacement parts. 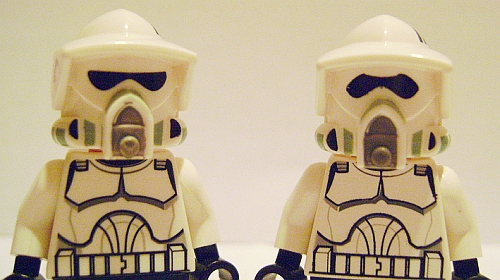 How about you? Did you ever run into issues like misprints and missing parts in your LEGO sets? Did you find the misprint annoying? Or perhaps considered it unique? I know that some misprinted, mis-molded and mis-colored parts are highly collectible and can sell for a pretty penny (if the owner decides to part with them). Let me know what you think! 🙂 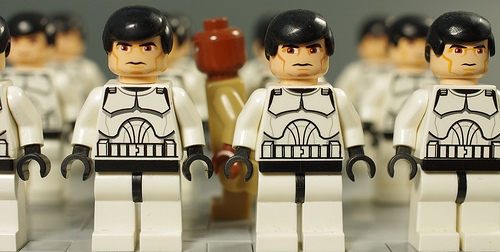 I’m a TFOL (Teen-Fan-of-LEGO) and this is my second article here. Thanks for reading! You may also like to check out my previous post: How to Make LEGO Chocolate… Yum!!!  🙄

Next post: LEGO Lord of the Rings set now available!